The locals are impressed 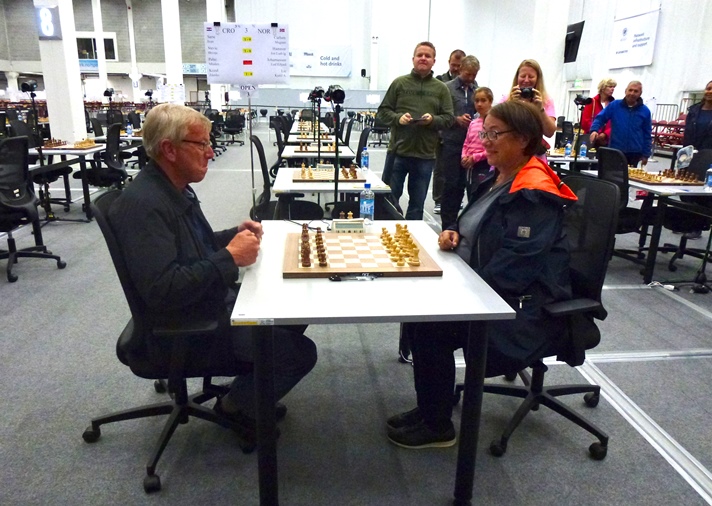 The Chess Olympiad opened its doors to the public yesterday morning – and the dozens of people who attended were impressed by the huge playing arena. Several found it exciting to sit at the table where Magnus Carlsen has played all his games.

Wednesday, 13th August: It’s the ‘calm before the final storm’ at the Chess Olympiad playing arena. Players have a rest day today before the tournament’s final round takes place tomorrow. The Chess Olympiad organisers took the opportunity to hold an Open Day and give interested local residents a tour of the former Mack Brewery, sharing some anecdotes from the tournament. 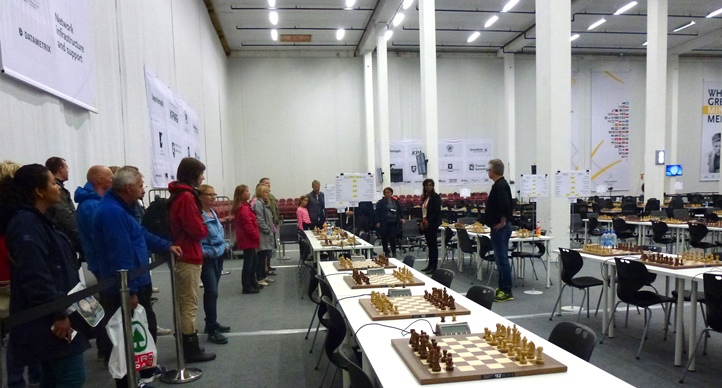 Among the visitors who braved the rain were Randi Iversen and her husband Otto. They’ve followed how Norway has been getting on so far at the tournament – and found it extremely exciting to experience the venue with their own eyes. Randi commented:

I’m completely overwhelmed! I never imagined that it would be so huge.

The 7500 m2 arena also make a big impression on Otto Iversen, although he’s most impressed with the huge electronic system. All the moves made on the approximately 650 ‘smart boards’ are transmitted digitally – so the public can follow the chess players’ games at the Olympiad on the internet and via the public broadcaster NRK’s live broadcasts. 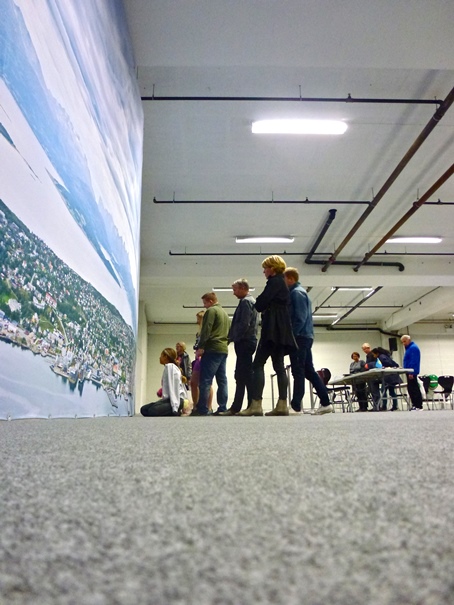 At the world champion’s table

The main attraction in the playing arena is the table where world champion Magnus Carlsen has played all his games – and it’s with great awe that the Iversens and several others sit down at the table. Randi smiled:

I have to admit that it’s quite fun to sit here. 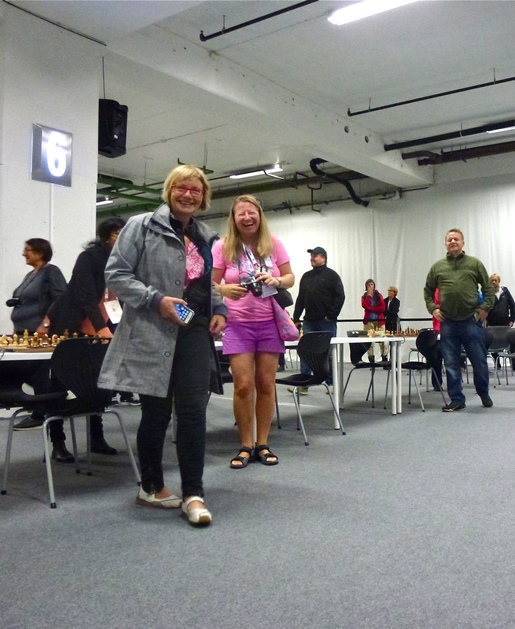 Miriam Barth-Heyerdahl (9) also thinks it’s a great experience to sit in Magnus’ chair. A real chess enthusiast, she plays a lot of chess at school and has also been involved in a chess-oriented dance performance at Gyllenborg Hall. Moreover, she has seen her big idol in action live.

I saw Magnus playing here one day when I came with my mother, who is working as a volunteer. That’s something I really enjoyed.

“The Chess Olympiad has created a great atmosphere in the city”

After completing a circuit of the Habitat VIP lounge, the playing arena, the expo area, NRK’s TV studio and the press centre, the guided tour had come to an end. 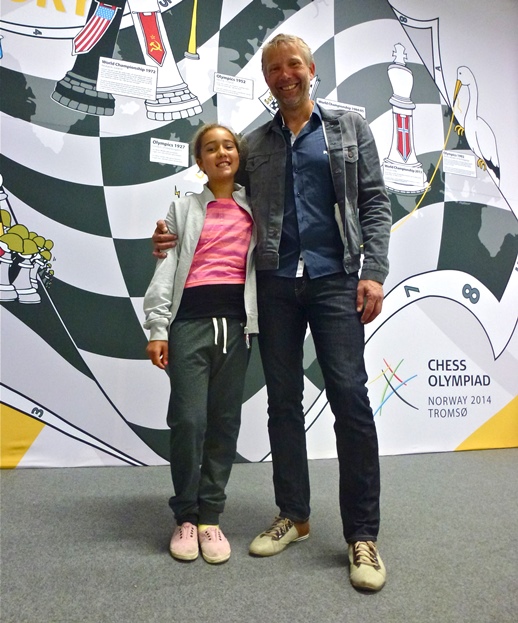 The Chess Olympiad in Tromsø has provided enjoyable experiences for Øystein Barth-Heyerdahl and his daughter Miriam | photo: Astri Edvardsen, COT 2014

Miriam’s father, Øystein Barth-Heyerdahl, is impressed with how the former warehouse looks and not least with the actual implementation of the Olympiad:

The organisers have managed to get a lot out of these industrial premises and have done a brilliant job in holding the Olympiad. The Chess Olympiad has really created a great atmosphere in the city!