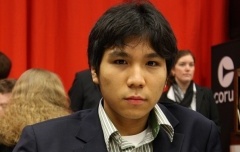 Wesley So was taught chess at the age of seven by his father, who he was soon able to beat, and would play chess on the streets of his neighbourhood, not far from Manila. He went on to win the U10 Philippines Championship and made a breakthrough in 2006, when he qualified for the Olympiad team at the age of only 12 and saw his rating jump from 2216 to 2451.

He gained the grandmaster title in 2007, shortly after his 14th birthday, and scored his first major international success by winning the 2008 Dubai Open. In the same year he set a record as the youngest player ever to cross the 2600-mark, and in early 2009 he won the C-Tournament in Wijk aan Zee. Later that year he beat Gadir Guseinov, Vassily Ivanchuk and Gata Kamsky in the World Cup before losing on tiebreaks in the fourth round.

He was unable to keep up that stellar progress and for the next three years his rating hit a plateau, but in 2013 the 19-year-old reminded the chess world of his existence by crossing the 2700-barrier with a joint first place finish at the Reykjavik Open. Wesley began studying at Webster University in St Louis, USA as part of Susan Polgar’s SPICE programme.


In 2014 So found himself fighting with the National Chess Federation of the Philippines to be able to represent the USA, but on the chessboard he began a move to the very top. He finished 6th at the Tata Steel tournament, won the Capablanca Memorial and then won the $100,000 first prize at Millionaire Chess in Las Vegas. During the same tournament he turned 21 and reached the world Top 10 for the first time. The saga surrounding his change of federation finally came to an end in late October, when he became the US no. 2, hot on the heels of Hikaru Nakamura.

In mid-2016 Wesley began a stunning 67-game unbeaten streak during which he won individual and team gold at the Olympiad, the Sinquefield Cup, the London Chess Classic, the Tata Steel Masters, and perhaps the one that meant the most, the US Championship. He was the world no. 2 and being talked about as the world's no. 1 player in terms of form. He couldn't keep up that pace, but he'd already done enough to qualify for his first Candidates Tournament, in Berlin, by rating. 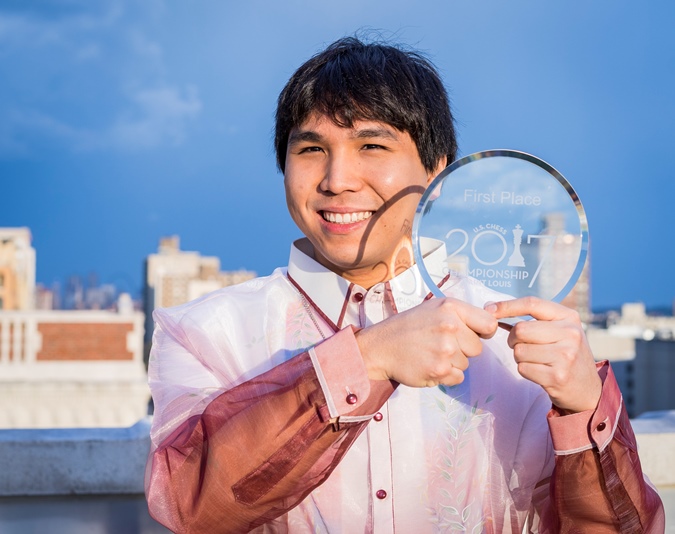 Wesley's first experience of those World Championship qualification events was bitter, as he never recovered from losing the first two games and finished second last. He didn't qualify for the 2020 Candidates, but continues to show that he can compete with the very best. In 2019 he crushed Magnus Carlsen 13.5:2.5 to become the Fischer Random World Champion and in 2020 he won a second US Championship title, this time online due to the impact of the Covid-19 pandemic.