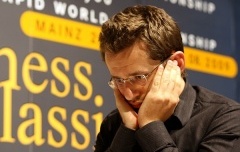 The joker in the pack of world chess. Strange as it is to say about someone who three years after learning to play the game won the World U12 Championship ahead of a host of future stars, Levon Aronian was an unusually late developer. It was only in 2005, at the age of 23, that the laid-back Armenian emerged from the pack, following up World Cup victory with triumphs in the Linares and Tal Memorial supertournaments. Before he'd turned 30 he'd reached world no. 2, with many considering him Magnus Carlsen’s greatest rival for the World Championship title.

As the son of a laser physicist father and an engineering mother he once described as a “specialist in explosions”, Aronian has always been at home in chaotic positions, where his natural optimism combines perfectly with great ingenuity and imagination. Off the board the same qualities show through in his sense of humour and a love of jazz, film and literature.

As well as numerous individual successes – Aronian is a multiple World Champion at Blitz and Chess960, a 4-time winner of Wijk aan Zee and a 3-time winner of the Tal Memorial – he’s had phenomenal success with the Armenian team, leading that chess-crazy nation of just over three million inhabitants to a hat-trick of gold medals at the Chess Olympiad (2006, 2008 and 2012) as well as the 2011 World Team Championship. The whole team are treated as national heroes, and Levon has said that although unambitious by nature he’ll do his utmost to win the World Championship for the sake of his fans.

He looked on course to mount a challenge at the 2013 London Candidates Tournament when he matched Magnus Carlsen in the early stages, but a late collapse – 3 losses in 4 rounds – saw his title dreams slip away. The strain of World Championship events seems to affect his play, and a similar story was repeated in the 2014 Candidates in Khanty-Mansiysk. A first-round loss to eventual winner Viswanathan Anand cranked up the pressure, and although he soon recovered from that blow he faded in the latter stages, losing his last two games. In the following year he briefly dropped out of the Top 10, and although he reversed that decline, to the delight of his many fans...

...the 2016 Candidates was again the old story. He shared the lead at the halfway stage in Moscow, but finished with two losses to finish a point and a half behind Sergey Karjakin. He didn't hide what it meant to him:


Honestly I’m heartbroken, of course. The amount of work you put to get a position where you’re playing well and you get good positions and just to ruin them like this is my own personal tragedy, and I’ll have to live with that.

Levon's form in 2017 was stellar, featuring victories in Norway Chess, the GRENKE Chess Classic, the St. Louis Rapid and Blitz and the Tbilisi World Cup, with that 2nd World Cup victory qualifying him for the 2018 Candidates Tournament in Berlin. 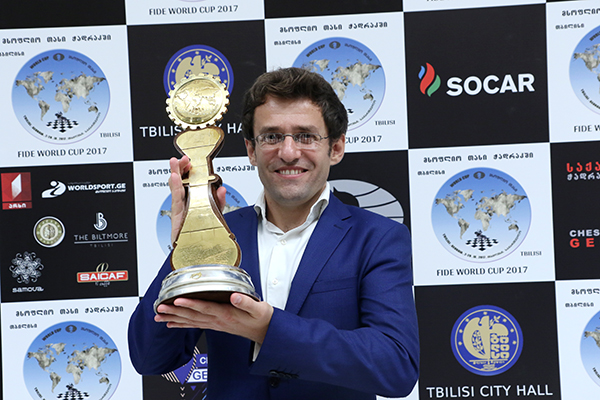 Alas, Berlin 2018 was Levon's worst Candidates Tournament yet, as he lost six games and finished rock bottom, before then failing to qualify for the 2020 event.

In March 2020 he suffered a personal tragedy as his wife Arianne Caoili died at the age of just 33 after a car crash, but he managed to come back with the familiar positive energy we're used to later in the year. He beat Magnus Carlsen in the last round of Altibox Norway Chess to climb to world no. 6, despite troubling international events as fighting broke out between Armenia and Azerbaijan.

In February 2021 Levon announced that he's going to represent the USA and would move to Saint Louis with support from Rex Sinquefield.