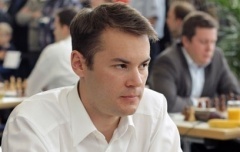 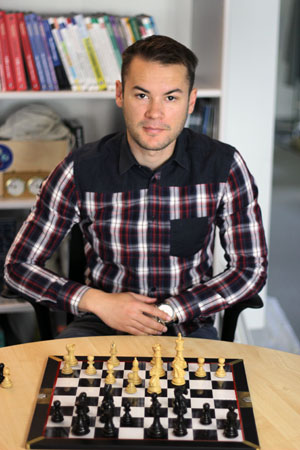 Ivan Šarić (pronounced: "Sharich") is a member of the astounding "class of 1990" (including Carlsen, Nepomniachtchi, Andreikin and Vachier-Lagrave). He learned to play chess between the ages of 4 and 5 from his father, and soon began to frequent his local chess club. He began competing in club and youth tournaments before venturing out into the international chess scene.

An early notable result was his 8th place finish in the Under-12 European Youth Championship in Spain, 2002, where he tied with Magnus Carlsen on 6 points while Ian Nepomniachtchi won with 8.

His first major international success was wining the Under-18 European Championship held in Šibenik, Croatia, his home country, in 2007, where he scored 7 out of 9, tying with Romain Edouard (France) and Aleksandr Rakhmanov (Russia).

Šarić earned his grandmaster title in 2008, shortly before his 18th birthday. In the same year he won the World Under-18 Championship in Vung Tau, Vietnam, with 8 out of 11 games, for a 2623 performance rating.

Other notable victories include his 2013 win of the Corsican circuit, one of the strongest rapid series in Europe.

In 2014, he swept the field at the Tata Steel Challengers, where he finished a point and a half clear of his next rival, and qualified for the 2015 Tata Steel Masters. 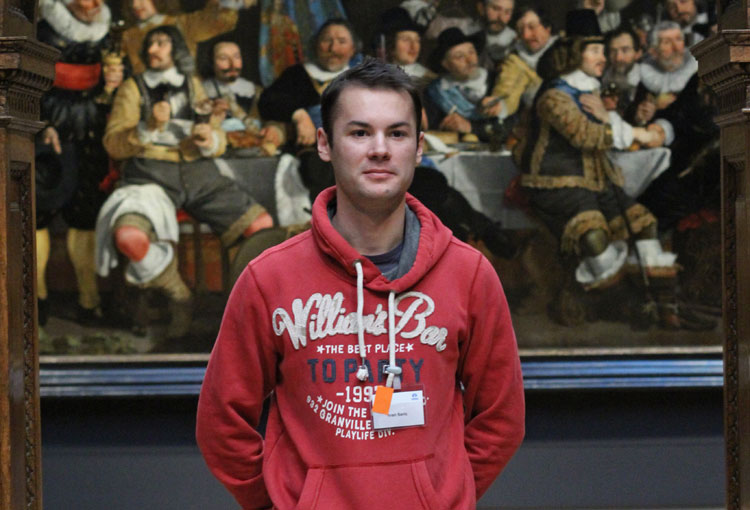 A visit to Amsterdam's Rijksmuseum on a Tata Steel Chess 2014 rest day. Ivan is flanked by "The celebration of the peace of Münster..." by Bartholomeus van der Helst | photo: Macauley Peterson

Following that success, he shared 2nd-9th place at the European Individual Championship in Yerevan, Armenia.

At the Chess Olympiad in Tromso 2014, he stunned reigning World Champion Magnus Carlsen, beating him in swashbuckling style. But he was particularly proud of his fourth round win over GM Tsegmed Batchuluun from Mongolia:

Ivan earned a Bachelor's degree in Informatics (Computer science), from the University of Split in 2013. He lives in Omiš, Croatia, with his wife and daughter.