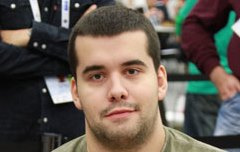 Born in the same year as Magnus Carlsen and Sergey Karjakin, Nepomniachtchi initially had the edge over his rivals, winning the European U10 and U12 Championship (twice) and claiming the 2002 World U12 Championship ahead of Magnus Carlsen. He subsequently admitted that the success had gone to his head and he lost focus, allowing his peers to press ahead. Nevertheless, his talent never went away. In 2008 he won the Aeroflot Open to qualify for the first supertournament of his career in Dortmund, where he finished joint second — half a point behind Peter Leko and ahead of Vladimir Kramnik. 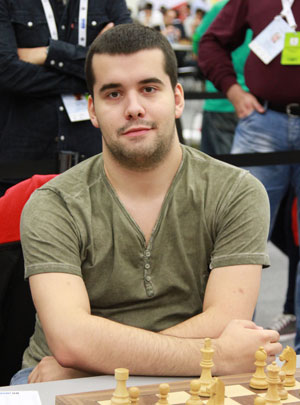 Nepomniachtchi at the 2014 Chess Olympiad in Tromsø | photo: Georgios Souleidis

He really made his mark, however, in 2010, when he won the European Individual Championship and the Russian Championship and also starred for the Russian B team at the Olympiad in Khanty-Mansiysk. He began to be invited to the top tournaments and didn’t look out of place in Wijk aan Zee 2011 or the incredibly strong Tal Memorial later that year, where he beat Vladimir Kramnik and drew his remaining games.

Nepomniachtchi's major tournament victories include a second Aeroflot Open in 2015, Hainan Danzhou and the Tal Memorial in 2016 and Dortmund in 2018, while he's also won the World Team Championship and European Team Championship as part of the Russian team. In rapid and blitz he's scored numerous silver and bronze medals in the World Championships, but is yet to take gold.

Amazingly it was only in 2019 that Nepo finally broke into the Top 10 for the first time in his career, later ending the year in the Top 5. He finished second in the FIDE Grand Prix to qualify for the first time for a Candidates Tournament, and got off to a brilliant start in that event in Yekaterinburg, Russia. He beat Anish Giri, Wang Hao and Ding Liren and would have been the clear favourite to win if not for a Round 7 loss to Maxime Vachier-Lagrave, who thereby caught him in the lead.

The second half of the tournament was then postponed for over a year, but when it resumed Ian was ready and picked up wins over Kirill Alekseenko and Wang Hao before going on to clinch victory with a round to spare. A last-round loss to Ding Liren was of no significance.

The victory meant that it was Ian Nepomniachtchi who played a World Championship match against Magnus Carlsen in Dubai in November 2021.

The previous 4:1 score in classical wins for the Russian suggested this could be one of the World Champion's toughest matches yet, and for five and a half games that proved true. The sixth game was an epic clash, however, where Ian missed chances of his own before Magnus took over and won the longest game in World Chess Championship history.

Ian failed to readjust to the new situation and went on to make three one-move blunders in the remaining games as Magnus finally won the 14-game match with three games to spare. 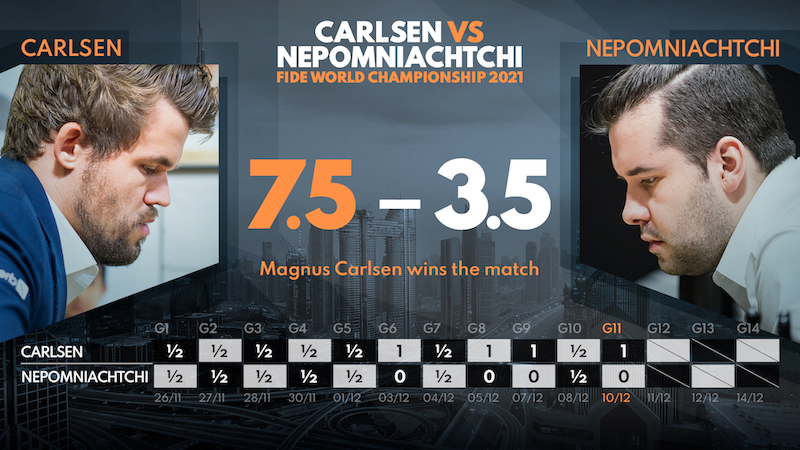 It was a brutal end to the contest for Nepomniachtchi, but the early stages were enough to make it clear that he still remains a potential World Chess Champion.