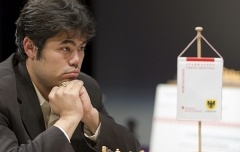 The brash and fiendishly talented American has been dividing chess fans and even players ever since he first burst onto the scene as a phenomenal internet blitz player, unafraid to adopt the tricks and trash talk common in online chess. Despite his early success — he beat Bobby Fischer's record to become the youngest ever US grandmaster at 15 and scored the first of his five US Championship victories (2005, 2009, 2012, 2015, 2019) as a 16-year-old — his rise to the very top took longer.

Hikaru was hampered by a lack of top-level competitive chess in America, while many felt the absence of a solid chess education to back up his tactical skills would put a ceiling on his rise.

He went on to prove those critics wrong, most spectacularly by winning the 2011 Tata Steel Tournament in Wijk aan Zee ahead of the world Top 4 of Carlsen, Anand, Aronian and Kramnik.

24-year-old Hikaru started that year in the Top 10 for the first time, while also being coached by none other than 13th World Chess Champion Garry Kasparov. He would stay in the Top 10, almost uninterrupted, for the next 7 years.

Hikaru's next breakout year was 2015, when he won the Gibraltar Masters for a second time (he first won in 2008). He would go on to win that event in 2016 and 2017 as well, while he also won the Zurich Chess Challenge three years in a row from 2015-17. He won the 2015 US Championship, qualified for his first Candidates through the Grand Prix series, crossed 2800 for the first time and peaked at a 2816 rating in October, making him 2nd in the world behind Magnus Carlsen (2850).

Hikaru failed to make an impression in the 2016 Candidates Tournament in Moscow, but got to celebrate later that year as he won the World Chess Olympiad with the US team.

He'd previously won bronze with the USA in the 2006 and 2008 Olympiads, while in the 2010 World Team Championship he won individual gold as the US took silver medals.


2018 would be a strange year for Nakamura. He won perhaps the most prestigious event of the year, the Grand Chess Tour, but that was all down to his rapid and blitz skills, since in the one classical tournament, the Sinquefield Cup, Hikaru won no games and lost three. 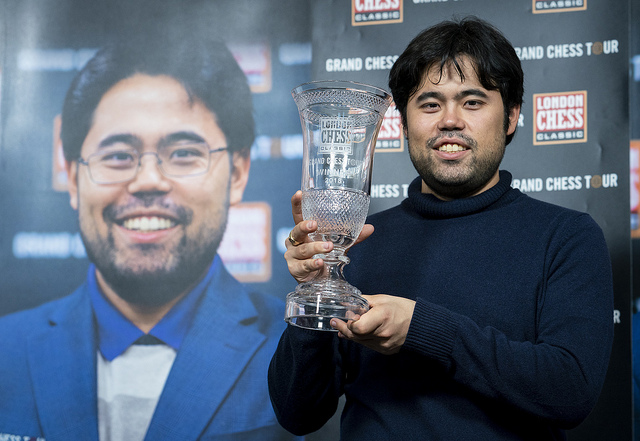 That cost him 14 rating points, while he also lost 18 in the US Championship and 17 in the Olympiad. From a high of world no. 6 in April he ended the year outside the Top 10, in 16th place, and though winning the 2019 US Championship with an unbeaten +5 took him back up to 11th he then fell back to his lowest rank in a decade.

2018 was also notable for Hikaru beginning to stream playing chess, and sometimes other games, on his Twitch channel. He was the first top player to do so, but it was only in 2020, when the coronavirus struck, that Hikaru achieved lift-off. He would stream daily for hours and received another boost from the Magnus Carlsen Chess Tour. Although Magnus has a staggering 14 wins to 1 classical record against Nakamura, it was Hikaru who would turn into the arch-rival of the World Chess Champion in online rapid and blitz.

Hikaru won the preliminary stage of the Magnus Carlsen Invitational before losing a thrilling final to Magnus. In the Lindores Abbey Rapid Challenge that followed he was the only player to stop Magnus reaching the final of a Tour event, when he defeated him in the semi-finals. The rivalry came to a stunning climax in the Tour Finals, when Hikaru took the lead three times in the 7-day final only for Magnus to scrape through in the end in an Armageddon game on the final day. 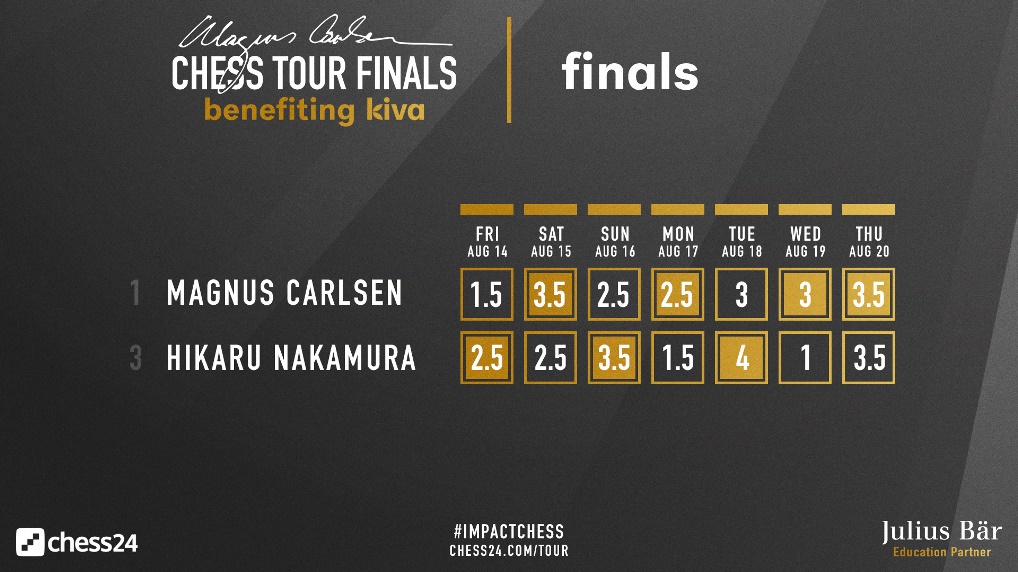 The final went the full 7 days, and then to the 7th and final game, when Magnus won since in Armageddon the player with the black pieces needs only a draw to clinch victory

Nakamura's exploits also saw him invited to join the esports organisation TSM, and he's sure to be more motivated than ever to do well in the Champions Chess Tour, the successor of the Magnus Carlsen Chess Tour.