19-year-old Alireza Firouzja beat Ivan Saric and Veselin Topalov as he took the sole lead on Day 1 of the SuperUnited Rapid and Blitz in Zagreb, Croatia. The day was overshadowed by Magnus Carlsen announcing he wouldn’t play the next World Championship match, with Magnus joining Wesley So, MVL and Jorden van Foreest in 2nd place. 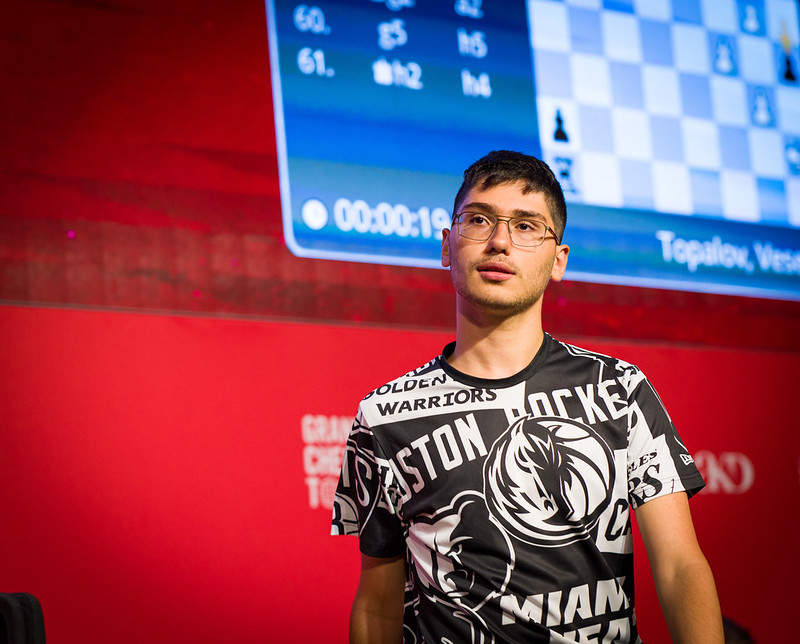 Alireza Firouzja had a tough first Candidates Tournament, but he was back where we’re more used to seeing him on Day 1 of the SuperUnited Rapid and Blitz, the 3rd of five events on this year’s Grand Chess Tour. 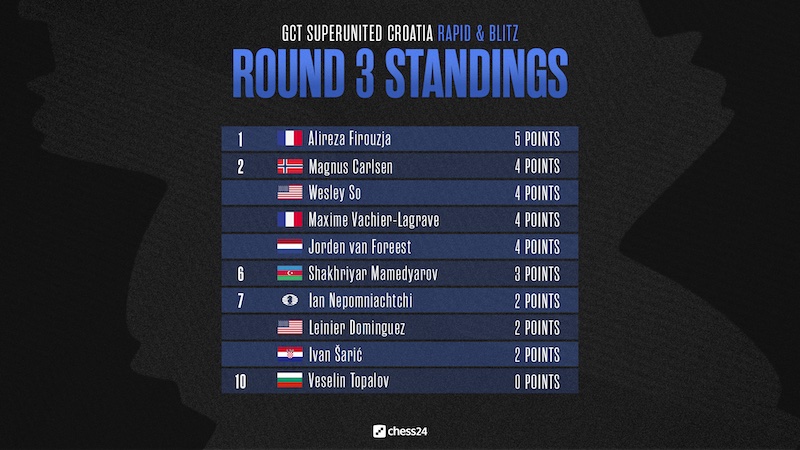 All eyes at first, however, were on Carlsen-Nepomniachtchi in Round 1, a clash between the players who played the last World Championship match but now won’t play the next in 2023.

The game fizzled out into a relatively quick and bloodless draw, with both players later talking about how the announcement that Magnus wouldn’t play affected them. 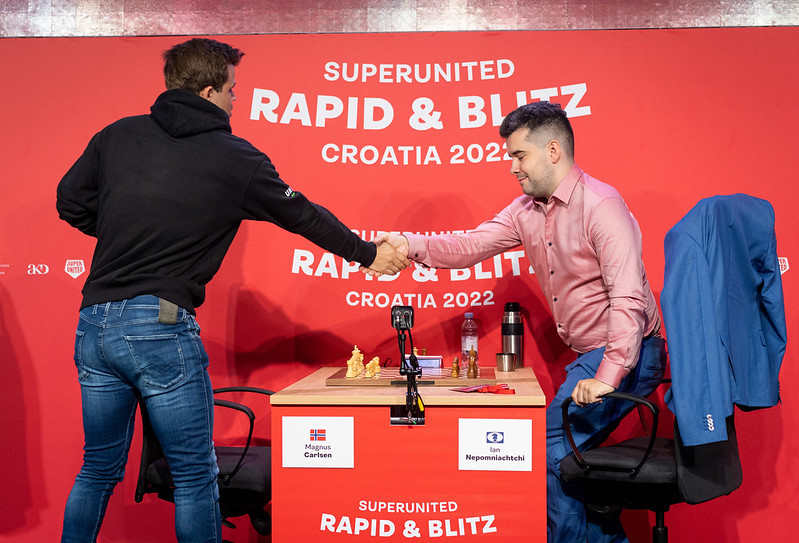 Neither player looked on the top of their game in what followed. Ian Nepomniachtchi scraped a draw against Alireza Firouzja and then slumped to a defeat against Shakhriyar Mamedyarov, when he failed to follow-up an exchange sacrifice convincingly. 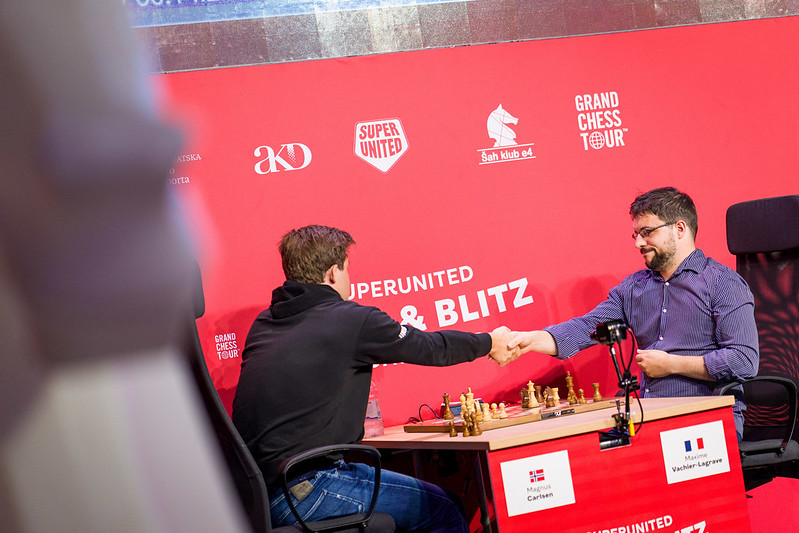 Maxime Vachier-Lagrave managed to surprise Magnus in he opening, but the game ended in a draw | photo: Lennart Ootes, Grand Chess Tour

Magnus defeated Veselin Topalov in Round 2, but with uncharacteristically shaky play in a rook endgame, before surprisingly finding himself out of book against Maxime Vachier-Lagrave just a move after the 5.Qd2!? that he memorably introduced into top level play against Radek Wojtaszek in the 2018 Gashimov Memorial.

I’d actually kind of missed his reply in the game. Nf6 I just missed, because the queen was on f6 in the other lines, so the fact that the knight would appear on f6, also where it’s not really protecting his king, was a bit surprising, but fortunately for me it’s still a draw after that, which I think I think was a pretty fair result overall.

Maxime matched Magnus’ 4/6 for the day after taking some risks in the opening to score a crushing win over Veselin Topalov.

33.Kh1 Ng3# is double check and mate, so that no queen sacrifice is even possible.

The day belonged to the youngsters, however. 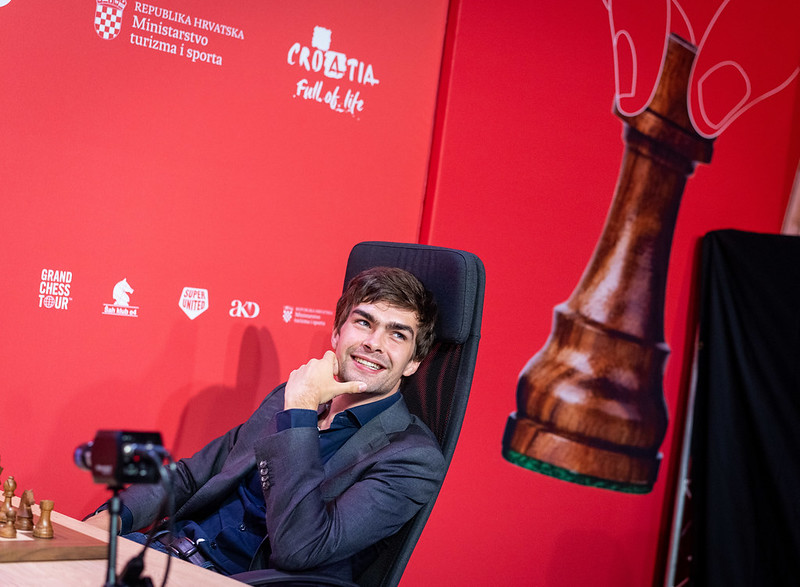 In two games Jorden won as many games as he did in 27 in the same event in 2021 | photo: Lennart Ootes, Grand Chess Tour

23-year-old Jorden van Foreest got off to a flying start with a spectacular win over Shakhriyar Mamedyarov, with 34…c3! a beautiful finish.

Captures on c3 can be met by b2, including 35.Rxc3 b2!, while in the game Shakh tried 35.Nf6, which would be winning for White if not for the queen sacrifice 35…Qxf6! After 36.Qxd7 Qe6! White was up material, but resigned, since the black queenside pawns are unstoppable.

As Jorden noted afterwards, he’d only won two games (in blitz) in 27 in last year’s Croatia Rapid & Blitz, but this time he made it two wins in two games as he defeated Leinier Dominguez in the next round. Not only that, he managed to get the incredibly well-booked up US-Cuban star out of book on move 8, and then to give checkmate.

It could have been better for Jorden, since he was on the verge of making a draw against Wesley So, until he cracked on move 61. 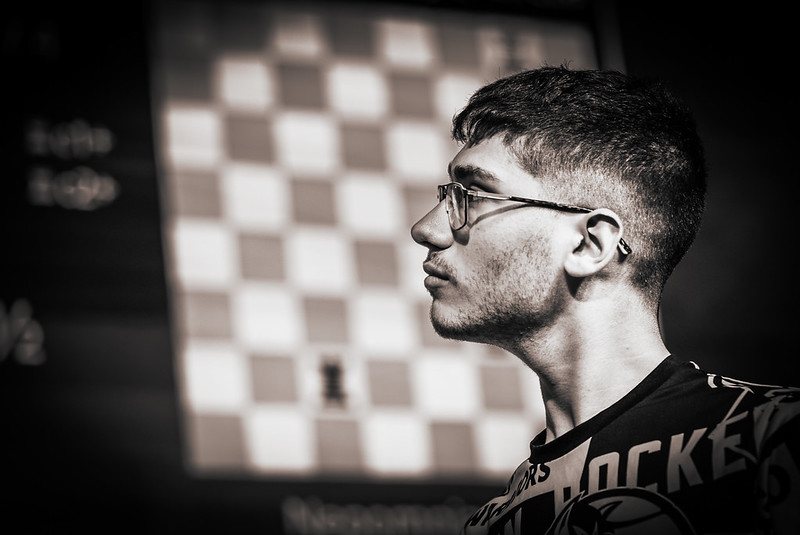 An Alireza Firouzja Candidates win and match against Magnus would have been the dream scenario for chess, but it wasn't to be | photo: Lennart Ootes, Grand Chess Tour

That result enabled Alireza Firouzja to take the sole lead. The Iranian-born French star won a first game that resembled Magnus at the same age, grinding out a 97-move win after Ivan Saric made one mistake, playing 63…g3.

Firouzja then missed a good chance to beat Ian Nepomniachtchi in Round 2, but shrugged it off to defeat Veselin Topalov’s Petroff in just 30 moves in Round 3.

So it was a great start for Alireza, but we’ll get a better idea what kind of form he’s in when he takes on Magnus Carlsen, Maxime Vachier-Lagrave and Shakhriyar Mamedyarov on Day 2.