2013 World Junior Champion Yu Yangyi has often been overshadowed by his Chinese colleagues despite reaching the world Top 10 and starring on gold medal winning teams. Most recently he won the crucial game against Wesley So in the Nations Cup final while beating Ding Liren in Armageddon in the Lindores Abbey Rapid Challenge was perhaps no surprise - he beat MVL, Ding Liren, Caruana and Anand in Armageddon in last year's Norway Chess! Liang Ziming profiles the modest star in the 9th installment of the #HeritageChess campaign, supported by the Lindores Abbey Preservation Society. 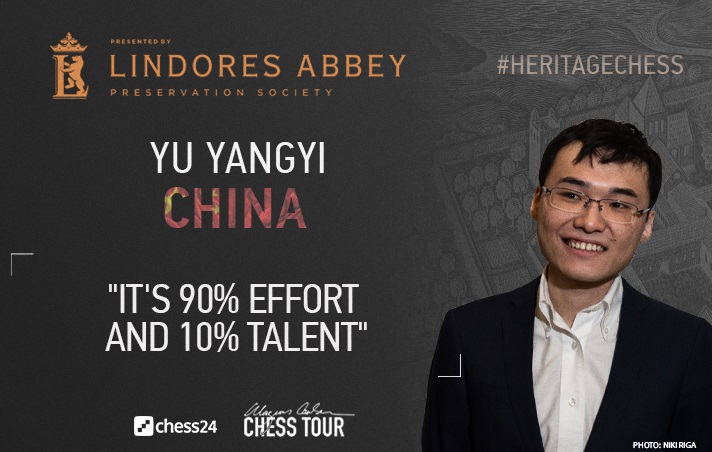 Compared to other top chess players, Yu Yangyi, who was born in 1994 in Huangshi, a city in the Hubei province in central China, started learning chess a bit late. He picked up the game only at the age of seven.

It was in the first grade of elementary school when a teacher of mind games asked him to choose between Xiangqi, Go and chess. Yu Yangyi chose chess. "I forgot why I chose chess. What I remember is that my mother chose it for me, but my mom said that I chose it myself," Yu Yangyi told me in one of our interviews.

With the help of Shi Jiaoming, the chess champion of Huangshi city for fifteen consecutive years, Yu Yangyi made rapid progress and won the National Youth title several times. 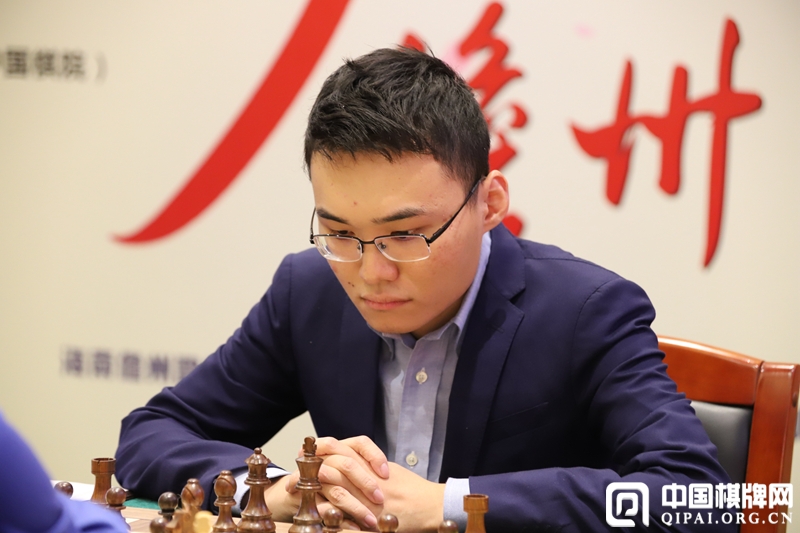 Yu Yangyi first won the Danzhou Grandmaster tournament in 2011 (ahead of the likes of Ding Liren, Wang Hao and Li Chao) and he repeated the success in 2018 | photo: qipai.org.cn

Thanks to his good progress and high quality play, Yu Yangyi's progress caught the attention of the Beijing team, which was then headed by the former Women’s World Champion Xie Jun. The latter recruited him later and acted as a mentor. Shortly thereafter, Yu Yangyi was selected onto the national team and began to train with Grandmaster Ye Jiangchuan.

Although Yu Yangyi has often said that he did not feel that he was very talented, his actual results are really outstanding. He got the Grandmaster title in 2009 at the age of 15, becoming the youngest grandmaster in China. He won the Chinese National Championship and the Asian Continental Championship in succession in 2014, several months before helping the Chinese team win the Tromsø Olympiad, making history for chess in China. 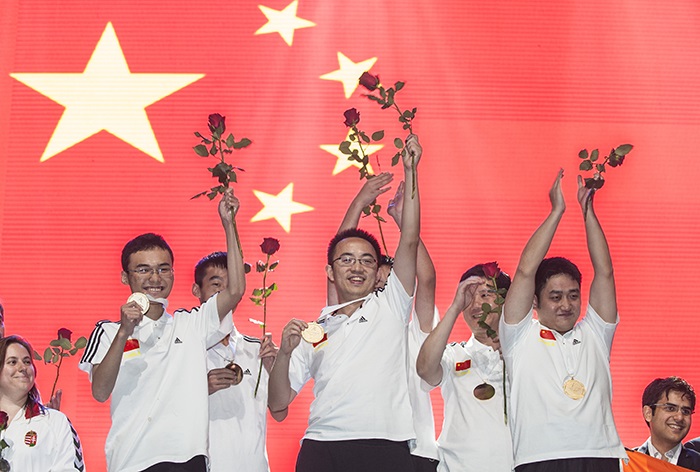 Yu Yangyi not only won China's first ever Olympiad team gold in Tromsø in 2014, he won gold on his board for a tournament best 9.5/11 and 2912 rating performance | photo: David Llada, official website

During the World Team Championships in 2015 and 2017, as well as during the 2018 Chess Olympiad, we saw Yu Yangyi smiling on the winners’ podium with his teammates three more times.

One of Yu Yangyi's best individual performances was winning the 2014 Qatar Masters with 7.5/9, half a point ahead of Anish Giri and Vladimir Kramnik, who he beat in the final round.

In the 1st Online Nations Cup that concluded last week, Yu Yangyi became the hero of the Chinese team again by contributing the decisive victory against GM Wesley So of the USA in the final, helping China win another top world team championship. He drew lavish praise from Magnus Carlsen himself.

Regarding his achievements, Yu Yangyi told me,

It is the result of 90% effort and 10% talent. I think success is not only determined by talent, but also by hard work.

Considered one of the three pillars of Chinese chess (together with Ding Liren and Wei Yi), Yu Yangyi admitted that his ultimate goal is to catch up with Magnus Carlsen, the World Champion: "I know this is difficult, but I will go all-out." 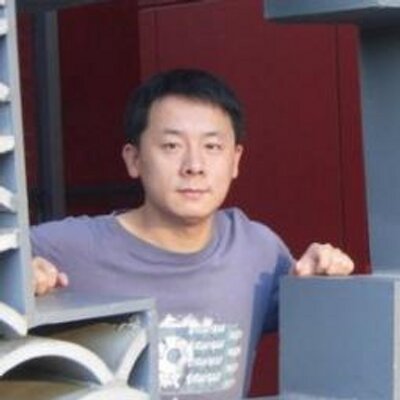 Liang Ziming has been a chess journalist since 2003 and is the News Officer of the Chinese Chess Association. He's now working for chess24 on Chinese content and translation.

How did you get into chess? Share your experiences in the comments or using the hashtag #HeritageChess!