The 2018 World Youth Chess Championship in Greece was a celebration of how diverse chess has become, with 626 players from 78 federations competing and no federation winning more than 3 of the 18 medals on offer. In fact only 3 expected medallists won medals, with 17-year-old Polina Shuvalova from Russia the only top seed to win gold, something she did with a round to spare! There was late controversy after ECU President Zurab Azmaiparashvili claimed with no proof that a German player had thrown his final game, depriving a Georgian player of gold. 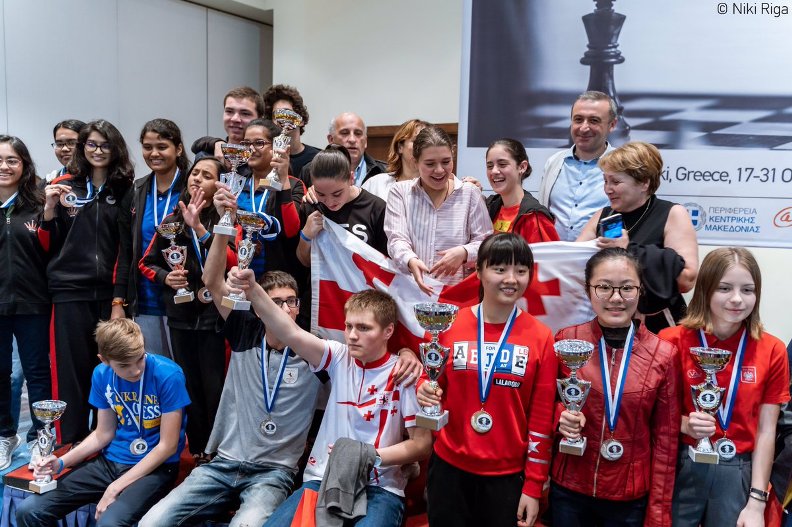 The computer age in chess has torn down the walls that used to restrict chess knowledge to a select few, and it’s enough to look at the live top 10 to see how global the game now is: 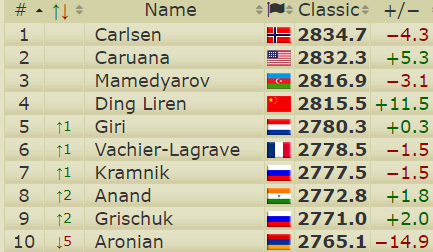 There are nine nationalities in that list, with only Russia having two players in the form of Vladimir Kramnik and Alexander Grischuk. The same phenomenon is visible in youth chess, where 12 different federations shared the medals at the recently concluded World Youth Chess Championships:

You can get a glimpse of the international nature of the event from this video – note the venue was the same Porto Carras Grand Resort in Chalkidiki, Greece that was used by Magnus Carlsen and co. for the European Club Cup:

It’s impossible to properly summarise what happened in all six separate 11-round tournaments, so we’ll mainly provide links to all the games to play through at your leisure – an amazing 36 games were broadcast live from each individual event, with the Greek technical team doing a fantastic job:

Let’s start from the lowest age category, and from the open event, since that was where the “controversy” occurred:

An amazing statistic from the three open sections of the World Youth Championship is that not a single one of the 9 players seeded to win a medal did win a medal… of any colour! 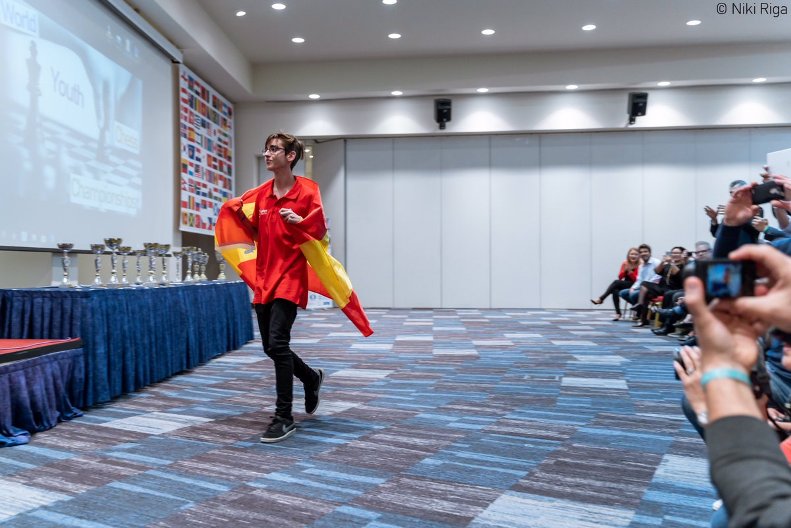 In fact in the Under 14 section it was the 25th seed from Zaragoza, Spain, Pedro Gines, who took gold: 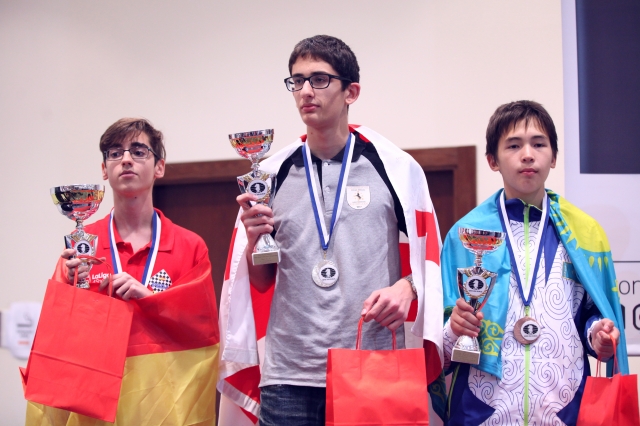 You can replay all the games using the selector below (note if you hover over a player’s name you’ll see all his results):

Pedro started with 8/9 then suffered a loss in the penultimate round, but he hit back to win the last game against Germany’s Alexander Krastev. That was just enough to edge out Georgia’s Nikoklozi Kacharava, and another Georgian, European Chess Union President Zurab Azmaiparashvili, couldn’t stop himself posting about how the key final game had ended: 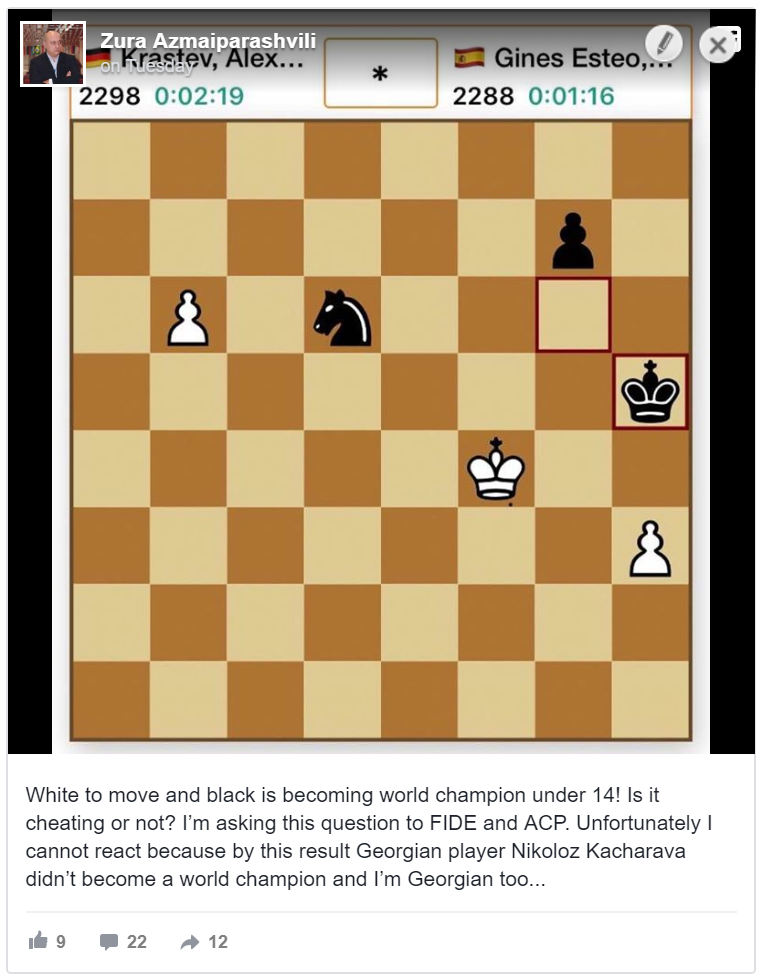 Alexander made what is probably the first move many would consider in this position, 81.Ke5??, which would be a draw, if not for the fork 81…Nc4+, which wins Black the pawn and the game. White resigned. The frustration of Zurab or other Georgian chess fans at the outcome is understandable, but implying unfair play in a junior game due to a blunder on move 81 is clearly something no adult should be doing, and certainly not a top chess official:

Zurab has now posted the following apology (of sorts): 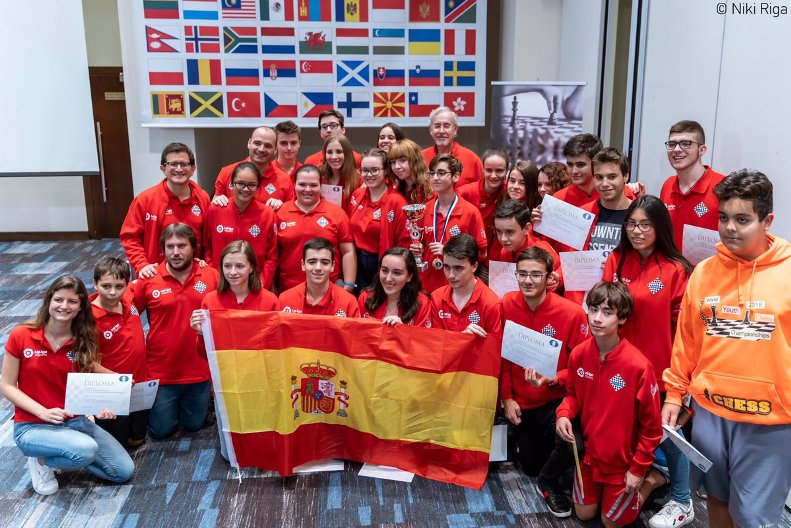 That gold was the one medal for the 27-player Spanish contingent in Greece, and of course there was some celebration. GM Pepe Cuenca’s video can be enjoyed with absolutely no knowledge of Spanish… if the use of the name “Pedrito” at the start wasn’t enough to wake you up you can fast-forward to the blunder at the end, when a hair dryer gets a rare outing in a chess analysis video… 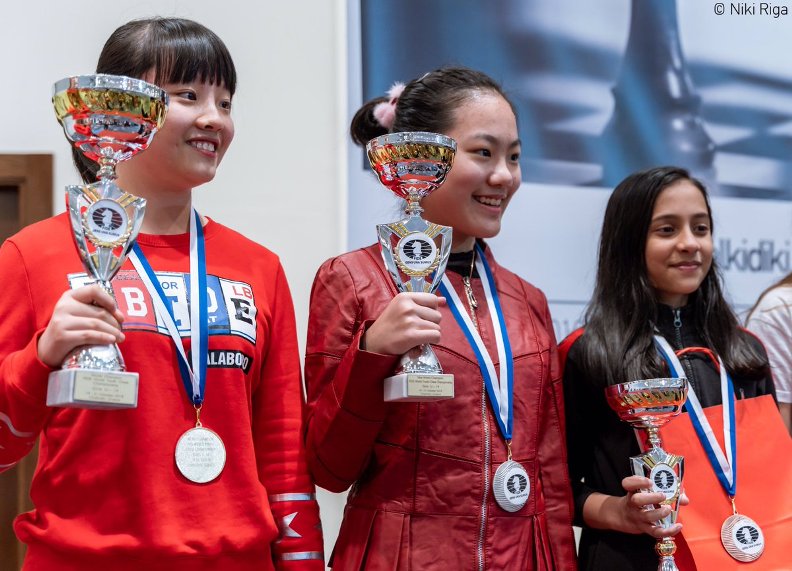 China of course has the current Women’s World Champion, the women’s no. 1 and the last Women’s World Championship challenger, and it looks like they have some more talent on the horizon! It was in this category that they claimed their only medals, but those medals were gold and silver, with Divya Deshmukh from India taking bronze after beating the winner in the last round: 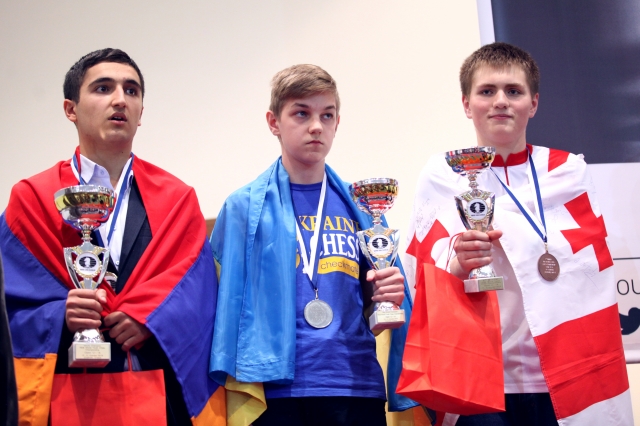 The country that could most regret the results of the World Youth Chess Championship is perhaps Russia, whose 31-player team had the top seed in four categories but won only one. Here Andrey Esipenko, already a strong 2609-rated grandmaster, could only finish 11th after suffering his only defeat of the event in the final round. Instead it was Armenia 5th seed Shant Sargsyan who took the gold:

Again here Russia had the top two seeds, but they finished 12th and 13th as Germany’s Annmarie Muetsch took gold and there were surprise silver and bronze medallists: 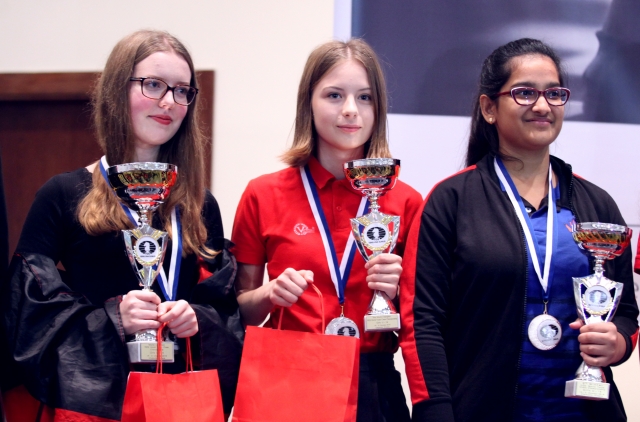 This event turned into another graveyard of the favourites, with top seed and established Russian Grandmaster Alexey Sarana finishing 9th. The best story of the whole event would have been if 14-year-old Nodirbek Abdusattorov could have taken gold in the U18 category, but the Uzbekistan prodigy instead lost his first game on the way to dropping 14 rating points and finishing 15th. 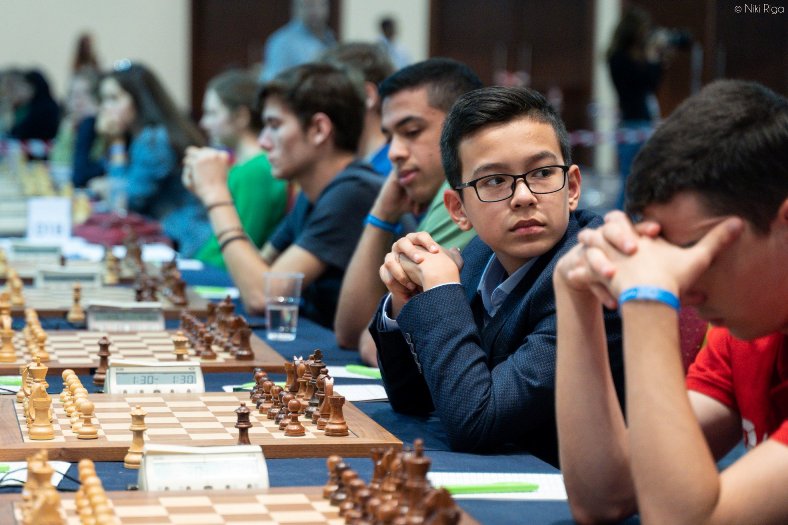 Instead Slovakia’s Viktor Gazik took gold and Poland pulled off a surprise by claiming the silver and bronze medals – that meant that Poland actually took home more medals than any other federation. 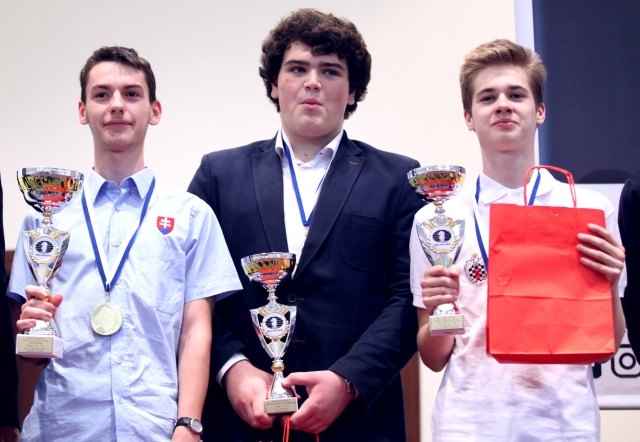 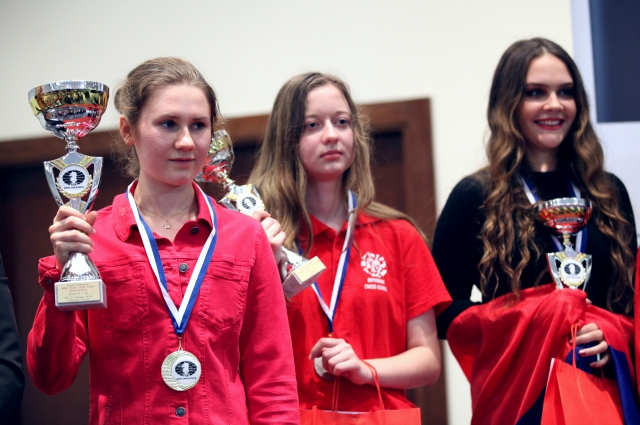 This, as we already mentioned, was the one category where the top seed won, and 2421-rated Polina Shuvalova did it in style, winning her first 7 games and taking the title with a round to spare with a 9/10 score. She then ruined the medal hopes of Spanish 3rd seed Marta Garcia by winning the final game as well. She looks like one to watch for the (near) future!

If you were wondering where the lower age World Youth Championship categories are, they’ve in fact been split off for a while now into a separate World Cadets Chess Championship, which this year is starting in Santiago de Compostela, Spain on 3rd November. Chess24 will again be embedded on the official website to broadcast the games live.