It’s India-Uzbekistan and China-Spain in the FIDE World Team Championship semi-finals after India survived a comeback to beat top seeds France in a blitz playoff, with Vishy Anand calling Indian hero Nihal Sarin “a blitz genius”. The other shock was Spain taking down Azerbaijan, with David Anton defeating Teimour Radjabov in the crucial game. 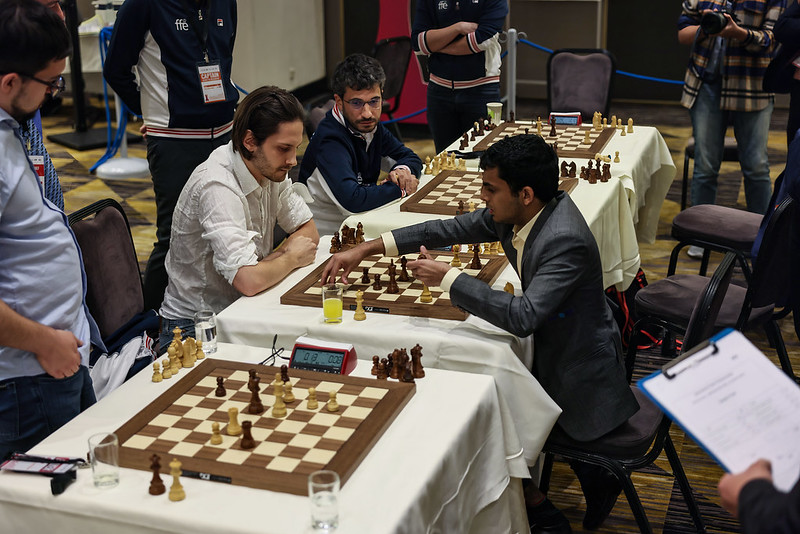 Wednesday’s quarterfinals of the FIDE World Team Championship were played as two 45+10 rapid matches, with tiebreaks only if the score was then level at 1:1 in match wins. Three of the matches finished before that. 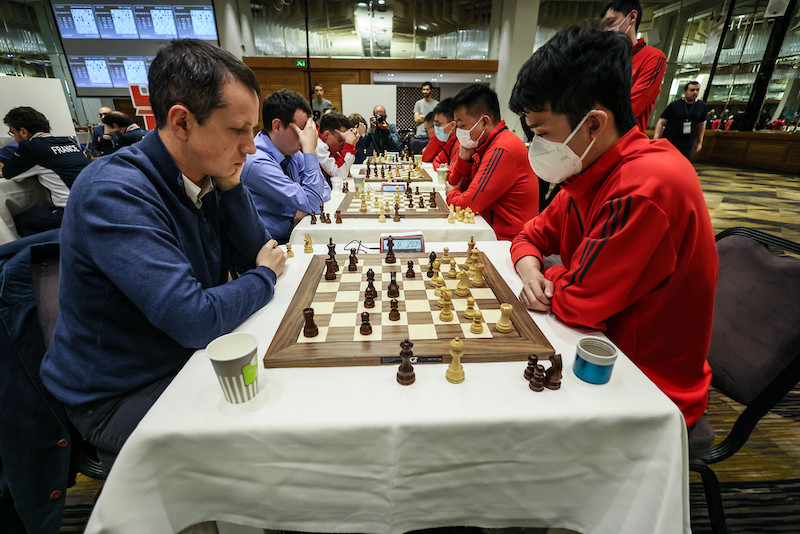 China continue to play like China despite being led for the first time by 27-year-old Lu Shanglei. They beat Poland 2.5:1.5 in the first match, with Radek Wojtaszek and Mateusz Bartel losing their way in complications against Lu Shanglei and Bai Jinshi. 20-year-old Szymon Gumularz scored a consolation win against the previously unstoppable Li Di, but it wasn’t enough.

China had no trouble making a 2:2 draw in the second match to clinch a semi-final spot, with Poland exiting the tournament without managing to win a match. 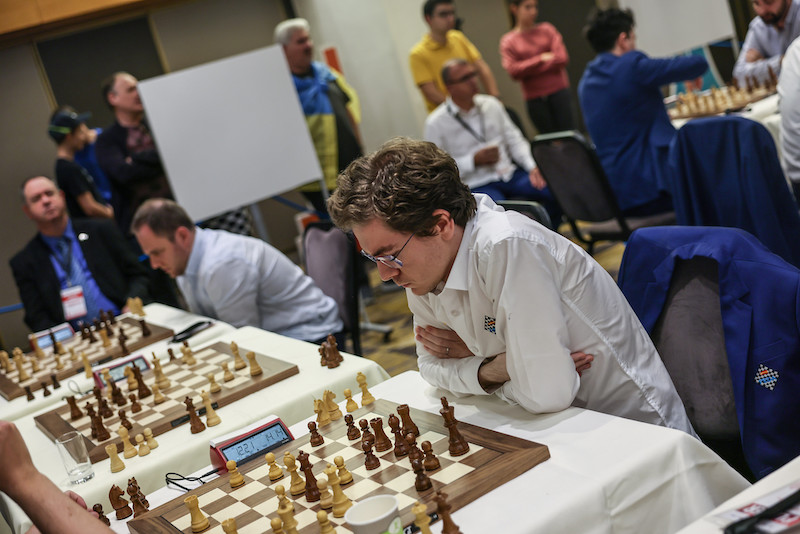 China will now play Spain, who pulled off a famous win over Azerbaijan. All four games were drawn in the first match, with Rauf Mamedov later having reason to regret not playing on in the final position against Daniel Yuffa. The second match saw a 2.5:1.5 victory for Spain.

Gadir Guseinov’s win over Alexei Shirov was balanced out by Miguel Santos defeating Rauf Mamedov, in a game he effectively had to win twice after earlier spoiling a winning position. He commented:

I’m shaking and also very happy, because I had a really complicated game which I finally managed to win somehow, and we tied in the first match, and now there is only one game left which is Anton, and he has a winning endgame. So I hope Anton, if you ever see this, please win this game!

David Anton was facing the formidable Teimour Radjabov, but ultimately managed to win a piece and clinch victory for a Spanish team that was outrated on all four boards.

Perhaps the favourites to win the title remain the Olympiad Champions Uzbekistan, who won both matches against Ukraine. The first was by a 3:1 scoreline, with Javokhir Sindarov and Jakhongir Vakhidov winning convincingly with White against Kirill Shevchenko and Igor Kovalenko. 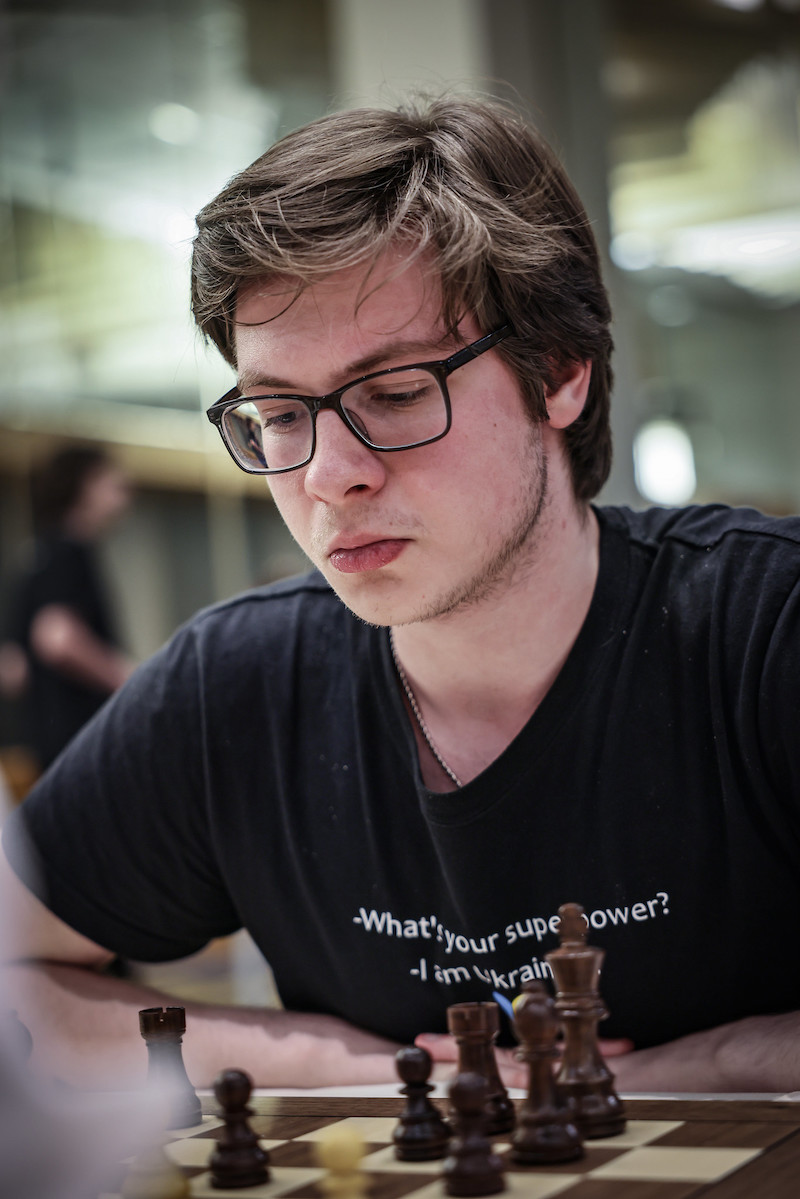 Kirill managed to hit back in the second match, but Uzbekistan won on the bottom two boards, with an impressive find by Shamsiddin Vokhidov after Andrei Volokitin went for the excellent last try of 33…Bxf3! 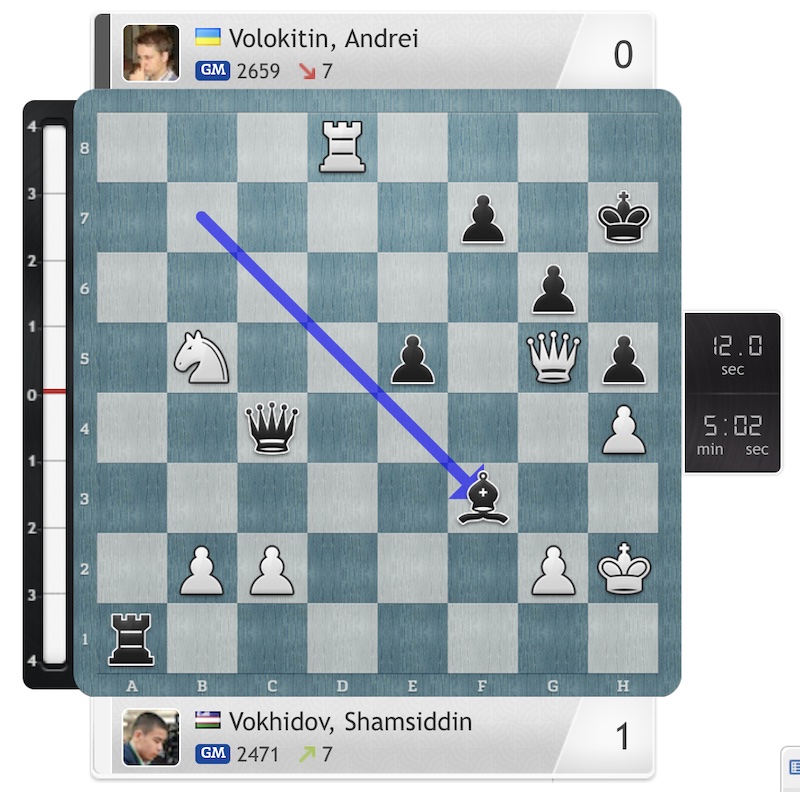 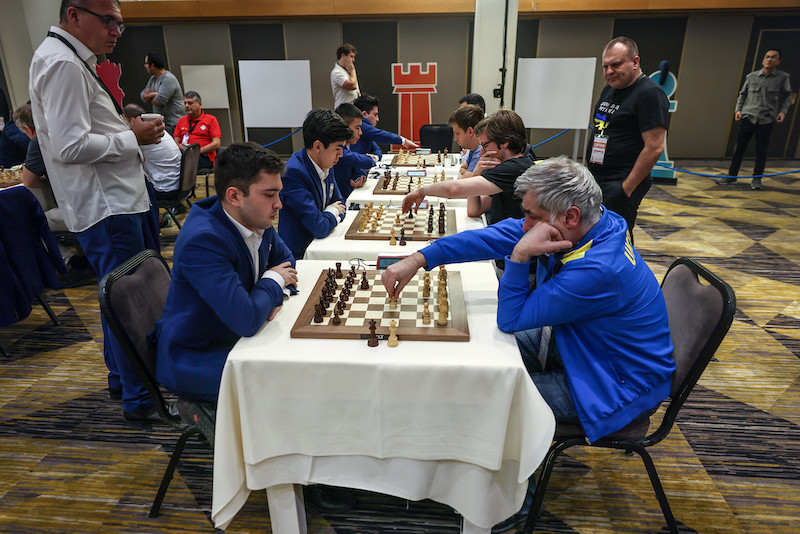 Uzbekistan will play India in the semi-finals, after the Indian team won a thriller against France. It began with India winning 3:1 with Vidit and Narayanan beating Maxime Vachier-Lagrave and Laurent Fressinet with the black pieces. 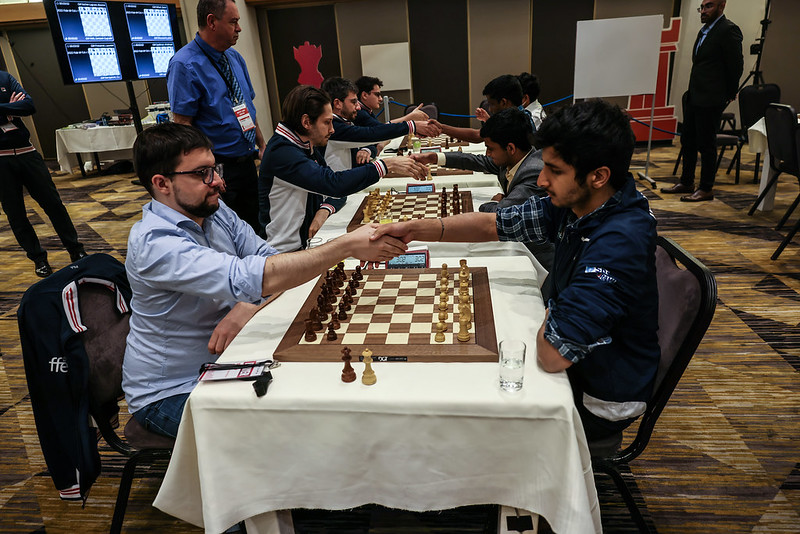 Vidit’s 17…Bf5!, ignoring the attack on the e5-bishop, clearly came as a shock, as MVL thought for 4 minutes over his reply.

Maxime and Laurent both hit back in the next match, however, despite having the black pieces, so that the contest went straight from “slow rapid” chess to lightning fast 3+2 blitz.

France swapped Tigran Gharamian for Maxime Lagarde and were rewarded with a win on the bottom board, but elsewhere everything went wrong for them.

Vidit had some tricky winning chances against MVL but ultimately made a draw, while Narayanan outplayed Fressinet in a rook endgame. That meant everything depended on whether Nihal Sarin could beat Jules Moussard. He delivered some early blows.

Instead Jules put up huge resistance and seemed to come very close to establishing a fortress. In the end, however, Nihal broke through and gave his team a place in the semi-finals! Vishy Anand called Nihal a “blitz genius”.

Nihal said he was "very nervous" but also felt he "finally played a good game".

The four remaining teams will be around to the end, since the losing semi-finalists will play a match for 3rd place.