Poland’s Dariusz Świercz made a good start to his new life in the USA by winning the $30,000 first prize in the third and perhaps final edition of Millionaire Chess. He beat Emilio Cordova in a semi-final where he smoothly won the first game with the black pieces before the fate of the tournament hinged on the first game of the final against Gawain Jones. Down to no time on the clock and completely losing on the board, Świercz managed to mate his opponent. He eased to victory by also winning with the white pieces in the following game. 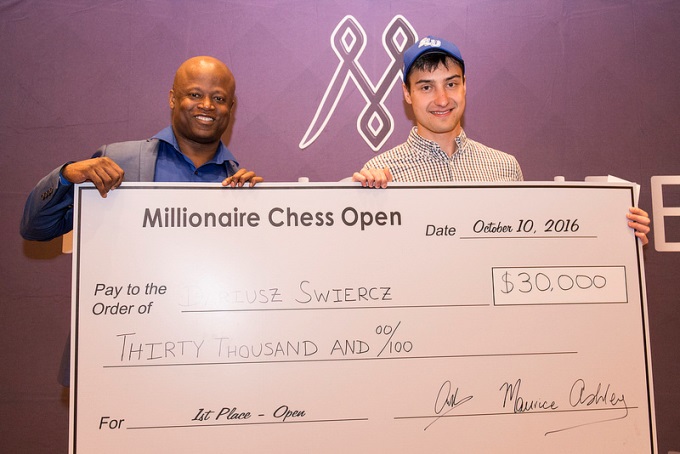 Millionaire Monday is the highlight of Millionaire Chess, with the Top 4 players in each section switching from the classical games in the open to play two-game 25 min + 5 sec delay rapid matches. If still tied after those two games the players would play two 15+5 games, then two 5+2 games and then finally Armageddon, but in the top section the players finished things off as quickly as they could!

As we explained in our previous report, Gawain Jones was the only player to qualify for Millionaire Monday without the need for a rapid playoff the day before and, at first, it seemed that lack of practice might go against him. In the first game against Zhou Jianchao he rejected an exchange of queens and instead went for a pawn sacrifice to gain outposts for the white pieces:

It seemed Zhou Jianchao would simply absorb the pressure and make the material advantage pay, but suddenly the Chinese player lost control and, with his time running out, he missed a chance to bail out with a repetition. Instead his king stumbled into danger and cost the life of his queen:

42.Re8! Qxe8 43.Qe2+ wasn’t the only win, but was certainly the most convincing. There proved to be no way back for Zhou Jianchou in the match, though he would ultimately pick up the $8,400 third prize after beating Emilio Cordova 2:0 in the battle for 3rd place.

As we mentioned, Dariusz Świercz moved into the final very smoothly, and overall had been playing perhaps the most impressive chess in Atlantic City – with only time trouble costing him extra half points. Time would again be a factor in what became a rollercoaster first game of the final against Gawain Jones. 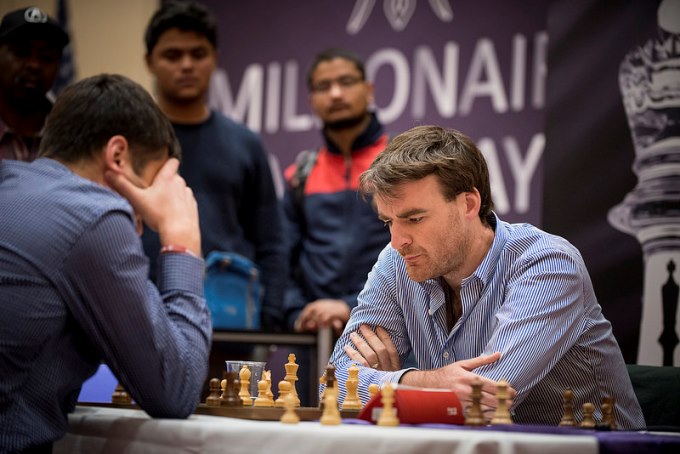 Świercz held his own in a complex middlegame, but with a draw in sight he eventually found himself a pawn down for no real compensation. It wasn’t easy to convert the advantage, but with more time Gawain got down to the technical task with the same flare he’d show in his crucial earlier win over Adhiban. With Darek out of time and playing on the delay - the clock doesn’t start counting down until 5 seconds after making a move, so you can play on 0 seconds, but never regain that lost time - Gawain was able to invest some time in search of the killer blow… but he couldn’t quite find it!

Here 64.Rh7+! Nxh7 65.e7! is a simple forced win, with the new queen deciding the game. Instead Gawain repeated the position once and then went for Re8 - still winning, but the first step on the road to ruin. Step 2 came after 67…Rd2+

That extraordinary game decided the title, since Gawain was unable to win on demand with the black pieces in the tense King’s Indian that followed - in fact, he went on to lose again.

So 2011 World Junior Champion Dariusz Świercz will have $30,000 spending money as he starts studies at St. Louis University. The 22-year-old’s bigger problem is where to put the cheque

Gawain Jones certainly couldn’t complain, with the $15,000 second prize richly justifying his decision to cross the pond to Atlantic City rather than just take the short hop to the Isle of Man.

There was lots more money to dole out on Monday, including after the final rounds of the Open tournament for those who didn’t qualify for Millionaire Monday. Bruzon, Mamedov, Xiong, Akobian and Zherebukh all took $1,740 after sharing first place on 6.5/9, though that was dwarfed by the prizes on offer in the Millionaire Monday knockouts. The 2400-2549, U2400, U2200, U2000 and U1800 sections all offered $12,000 to the first placed player, while even the U1200 section had a $4,800 first prize. 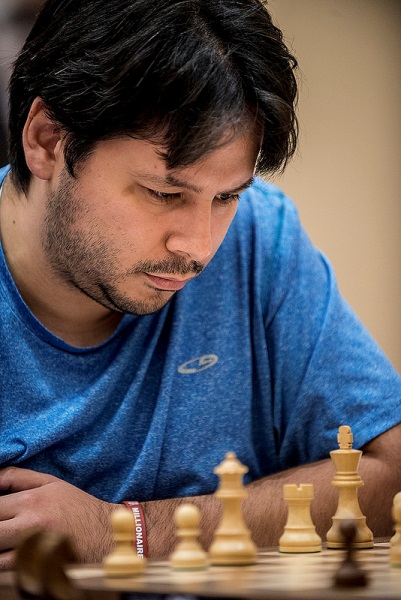 Vanessa Sun missed out in the only match of 36 to go to Armageddon - given White won every game she was unlucky with the drawing of colours in the final game! 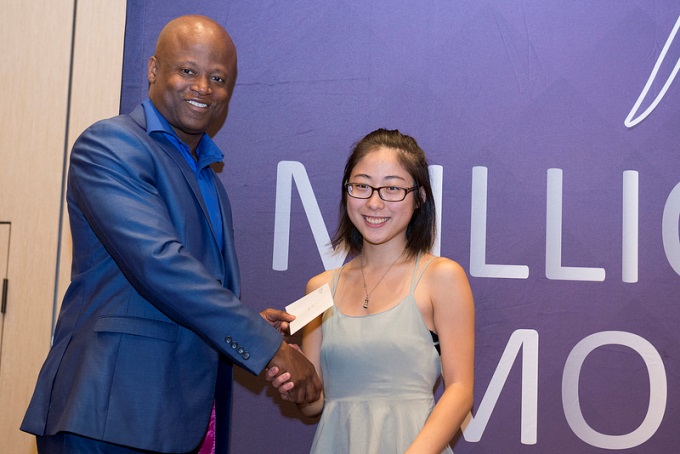 Vanessa won the third place play-off to take home $1,200 in the U1200 section | photo: Millionaire Chess

As this looks like being the last edition of Millionaire Chess it may be some time until we see a similar prize structure again, but Maurice Ashley and Amy Lee deserve our gratitude for trying this experiment. Let’s hope something similar – or at least as ambitious – will eventually grow from the ashes of Millionaire Chess. It’s been a fun ride!

There's plenty of chess to come in the next few days, weeks and months, as Fiona Steil-Antoni shows us in her round-up of chess this autumn: