Why does Magnus Carlsen win?

The World Rapid and Blitz Championships recently ended in Dubai with Magnus Carlsen taking gold in both events to add to his title as Classical World Champion. Spanish no. 1 Paco Vallejo was also there and sent us his impressions of the winner and what makes him stand out from the crowd.

Today I can already feel my body settling down after the upheaval caused by playing dozens of games at a dizzying pace. After a setback you always get the urge to work and improve some aspects where you failed in the last tournament, although this tournament was a little different. 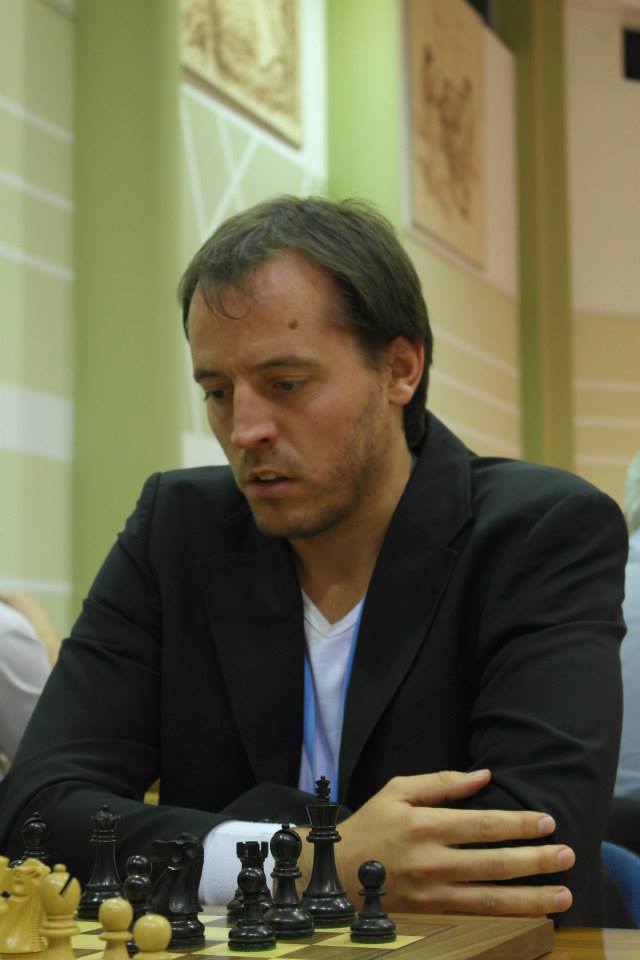 Paco Vallejo didn’t do so badly in Dubai, losing only 2 Elo points in rapid and gaining 4 in blitz, but he considered it a failure! A champion’s attitude from our chess24 colleague | photo: Fiona Steil-Antoni

I would have bet clearly on The World vs. Carlsen, as it’s extremely difficult to win an open and even if you’re the best it strikes me as impossible to have more than a 20% probability of victory. So how could Magnus win both tournaments at a rhythm of play where chance and inspiration play a crucial role!!?? How could that inspiration last five days in a row? Let’s dissect his play.

With both colours he varied his openings a lot, avoiding preparation and looking for manoeuvring positions. Normally he would avoid direct hand-to-hand combat, above all if his opponent was a dangerous theoretician like Aronian or Kramnik. But even with players who are “only” 2600+ it wasn’t unusual to see him start off from relatively equal positions or even from ones where other top players would consider it very difficult to score a win (for example, his blitz against Dreev).

It’s curiously rare to see Carlsen mate his opponent and he wins few games by attacking, in contrast to Garry Kasparov, who had much more of a “serve and volley game”. Obviously when required he’s capable of calculating with the best, but his style is much more reminiscent of other World Champions like Karpov or Petrosian. They could also calculate complex positions in their games extremely well, but almost always seemed to shun complications, although yes, like Carlsen they would punish an opponent who was too “clever” and tried to exploit their tendency to simplify. 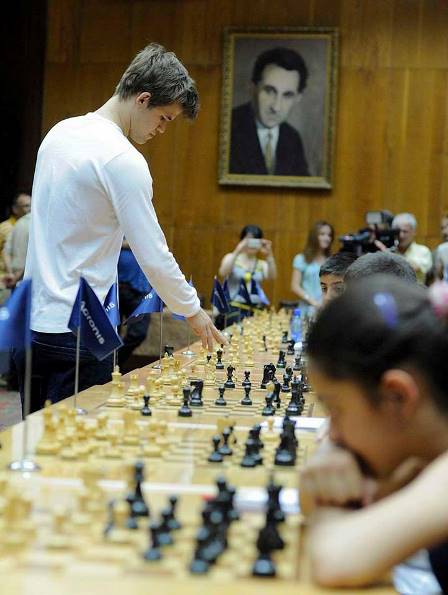 The 9th World Champion Tigran Petrosian looks on as Carlsen gives a simul during a visit to Armenia immediately after the World Rapid and Blitz Championships (he won all 12 games) | photo: armsport.am

We’ve probably come to the strongest aspect of Magnus’ play. We’ve seen him win 100-move endings with both colours from worse positions with a patience and mastery that no-one has previously demonstrated in the whole history of chess. It’s enough, for example, to look at his game against Movsesian in Dubai. Squeezing out a win in that position at that speed against such a resilient opponent is pretty impressive, but to do it game after game even in 3-minute games is something bordering on inhuman.

It seems here that we’re probably in the presence of a new Kasparov. Carlsen has infinite ambition, thinks he’s going to win and is a true chessboard gladiator. It doesn’t matter to him if he has to win in 10 or 100 moves – he never falters in his efforts regardless of what difficulties he encounters, and that brings us to two fundamental factors that make him such a special player.

He’s young, he’s strong. If we look at his closest rivals none of them come close. Some of them are much older than he is, while those that are young obviously have a much less honed and impressive physique. That’s probably one of the radical differences due to which he, and he alone, can maintain his concentration over thousands of moves throughout a tournament, keeping the number of errors to a minimum while his rivals falter. Without going into details I also have a tendency to “hit the wall” myself. My mind decided to stop functioning during the last day of the blitz in Dubai, although often I’d meet opponents who were totally exhausted and just playing at a much lower level than they’d shown in previous rounds. There were obvious cases like my game against Fressinet, where you could really weep to see two decent players playing like total amateurs (and at that point there were still a lot of rounds to go until the end of the tournament). 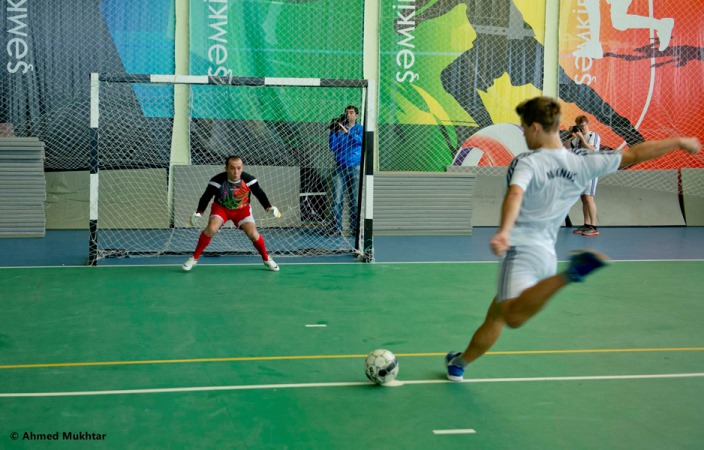 All the players are relatively good at concentrating, as otherwise it’s impossible to become an elite grandmaster, but Magnus has found the key to being more “awake” than others. Whether it’s due to good fortune, work or his innate personality he’s capable of switching off from the outside world and his person and of playing at his maximum during the games – but that’s not all. After the games, whether consciously or unconsciously, he looks to smile, to get away, because he knows it’s necessary to relax in order to once more return to the arena with a knife between his teeth.