What happened in Carlsen vs. Firouzja?

Magnus Carlsen’s triumph in the 2019 World Blitz Championship owed a lot to his win against Alireza Firouzja with just three rounds to go. 16-year-old Firouzja had been winning the game at various moments and would never have lost the final position – but when he knocked over a king and his flag dropped the game was adjudicated as a win for the World Champion. International Arbiter Alberto Muñiz explains why that was the correct decision and how the rules apply – something we may all need a refresher course on seeing as even a 2700+ rated prodigy was confused! 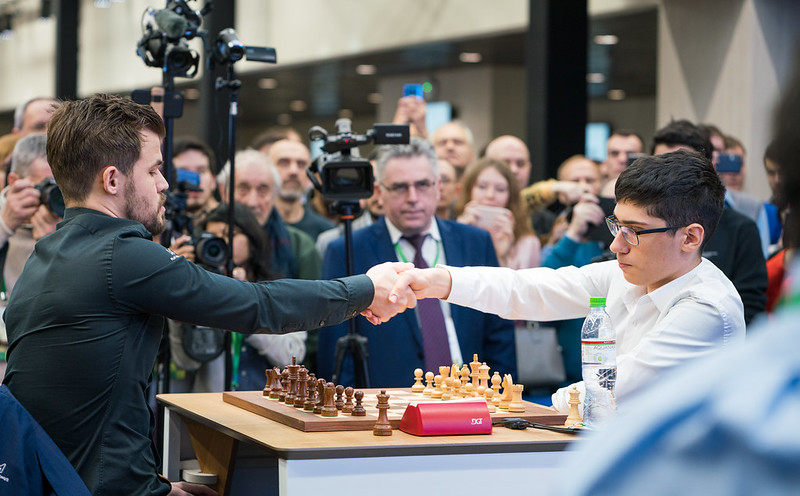 Carlsen-Firouzja may become one of the great rivalries of the next decade, and it got off to a dramatic start! | photo: Lennart Ootes, official website

Once again we had an interesting case involving arbiters at the World Rapid and Blitz Championship, and once again it was in a game of Magnus Carlsen’s. The World Champion was previously a participant in a curious double illegal move incident in his game against Ernesto Inarkiev in the first round of the 2017 World Blitz Championship in Riyadh. Ernesto gave a check while in check (!), Magnus moved out of the check and Ernesto then claimed a win for his opponent's illegal move! Chief Arbiter Takis Nikolopoulos intervened to suggest the players continue the game, but Ernesto appealed, had the appeal denied and lost the game instead.

This time round the action again took place in blitz (3 minutes per player with a 2-second increment after each move) on the top board during Round 19 of 21 in Moscow. There was, of course, a huge amount at stake. 16-year-old Alireza Firouzja from Iran was playing White and trying to win an opposite-coloured bishop endgame with three extra pawns, but he was also in time trouble. After some earlier moments when he misplaced his pieces, he finally knocked over his king while playing 66.Kg4, and his flag dropped before the three seconds it took him to put it back and hit the clock.

The final position after Magnus replied 66…Bd2 was as follows: 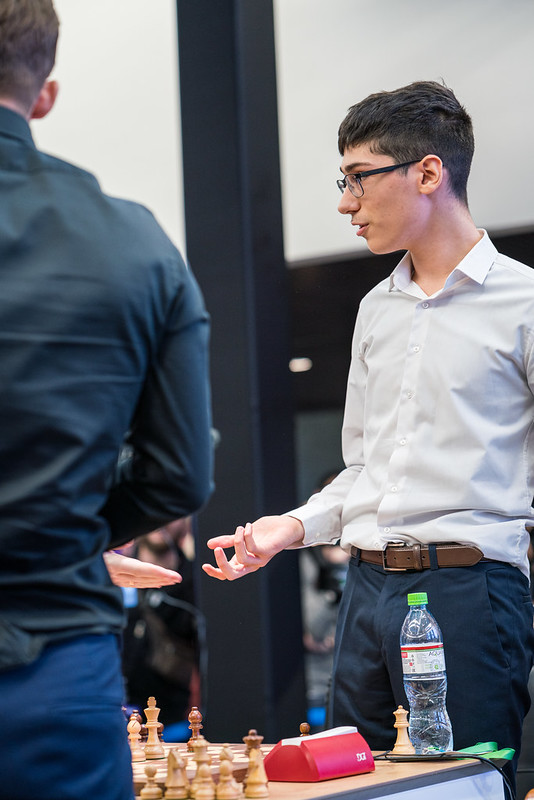 What should the result of the game have been? Does White lose on time? Is it a draw because Black has no material with which to give mate? Let’s take a look at the key article of the FIDE Laws of Chess.

6.9 Except where one of the Articles: 5.1.a, 5.1.b, 5.2.a, 5.2.b, 5.2.c applies, if a player does not complete the prescribed number of moves in the allotted time, the game is lost by the player. However, the game is drawn, if the position is such that the opponent cannot checkmate the player’s king by any possible series of legal moves.

It’s not relevant for our case, but the articles 5.1.a and so on refer to a game that ends in checkmate, stalemate or in some other manner. The critical point of the article is that the player whose time has run out always loses UNLESS his opponent has no possibility of giving mate, however remote that may be (a previous version of the FIDE Arbiters’ Manual included, “even by the most unskilled play”).

Applying the article it’s clear that Carlsen wins, since there are possible mates. For example:

Chief Arbiter Takis Nikolopoulos made the correct decision and even showed the relevant law to Firouzja after the game, and after some deliberation an appeal by Firouzja (based on being disturbed by Magnus speaking during the game, not the final position) was rejected and the game was declared won by Black. I don’t want to stop there, however, and would like to take this opportunity to explain a little more about this area of the laws of chess, since many players are unclear about it.

The regulations make no mention anywhere of “having enough material to give mate”, only that “the game is drawn, if the position is such that the opponent cannot checkmate the player’s king by any possible series of legal moves”. If the flag falls you only draw the game if it’s totally impossible to lose, even, we might say, on purpose. But the false rumour of being able to draw based on the remaining material alone is widespread, and partly fuelled by the different conventions of internet chess.

Of course the wording can give rise to controversial cases like this one, where many feel it’s unfair that White loses while having a bishop and three pawns. In fact without the piece and pawns for White it would be a draw – note, however, that it’s still possible to mate if White had no pawns but just a bishop e.g. 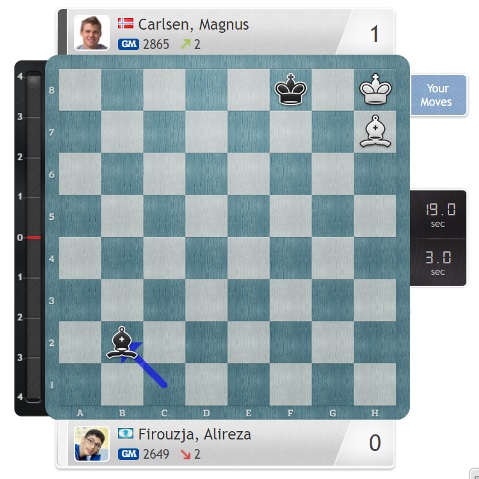 However, the rule has a key advantage – it’s objective. You can’t have regulations that apply only to a particular position, and the current wording allows all of the world’s arbiters to take the same decision in a game involving any players. Because yes, no-one has any doubt that Firouzja would never have lost the game if it was played out, but where do we draw the line? What happens if you’re in a rook ending which has reached the Philidor position? A draw if a grandmaster loses on time, but a defeat if it involves a beginner? Or Rook + Bishop vs. Rook in a position which is a theoretical draw? It would be impossible to define which positions are draws and for whom. The current rule is simplistic, but it has the great advantage of being objective – giving half a point after a flag falls only to a player who had no way of losing the game by any moves you could make on the board. It may seem harsh, but let’s remember that the player has, after all, “lost” on time! 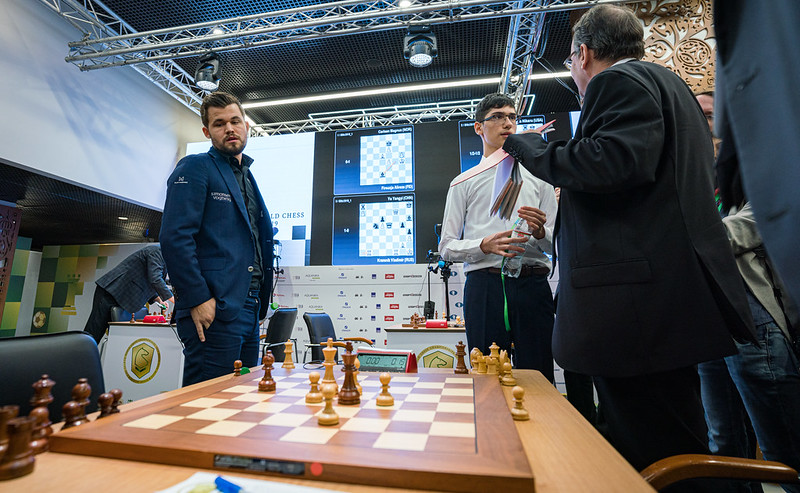 I want to end by giving some “exercises” for interpreting this rule. In all of the following positions White has played and his flag has fallen. In which cases does he lose the game and in which is it a draw? You can answer in the comments section and I’ll give the final answer in a couple of days.

Position 1: White has just played Qe8+ and his flag has fallen

Position 2: White has just played Qe8+ and his flag has fallen

Position 3: White has just played Rc7 and his flag has fallen

Position 4: White has just played c7 and his flag has fallen

Don’t forget to leave your opinion in the comments section! Are you confident of what the result would be in each of the four positions?