Two-time US Champion Wesley So is one of 16 stars to play the Skilling Open, the opening event of the $1.5 million Champions Chess Tour that starts on November 22nd. Sheer natural talent saw Phillipines-born So at 15 become the youngest player in history to cross the 2600 barrier and, although he had a turbulent childhood, when he moved to the US and quit his studies he quickly climbed to the very top of world chess. You now have a chance to take on Wesley as he plays chess24 Premium members in a Banter Blitz session starting on Thursday November 12th at 22:00 CET. 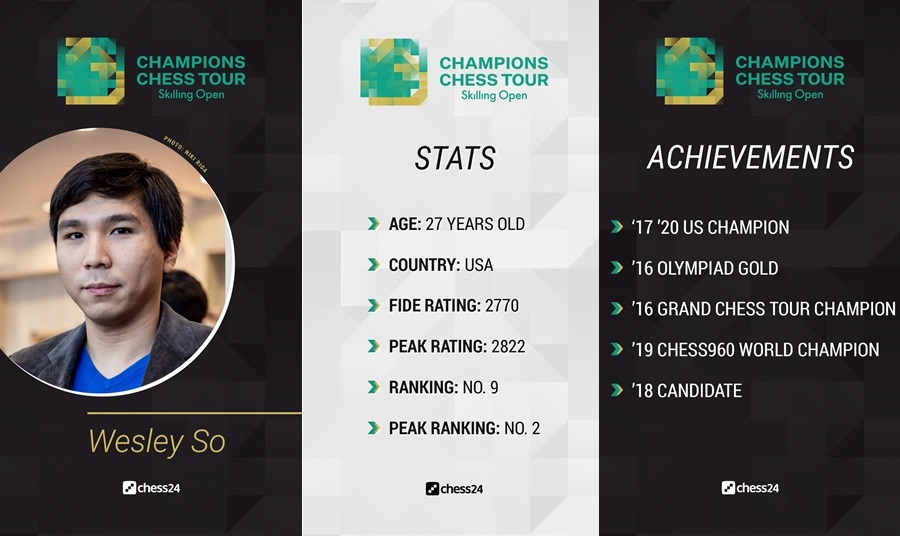 Wesley So grew up near Manilla, the capital city of the Philippines. That might seem like a chess backwater, but in the 1970s Eugenio Torres had been a trailblazer as the first Asian Grandmaster, the 1978 Karpov-Korchnoi World Championship match took place in Baguio, and a young Vishy Anand spent some of his formative years in the country.

Wesley played on the streets of his neighbourhood but soon graduated to winning events such as the U10 Philippines Championship. He played his first Olympiad as a 12-year-old, gained the grandmaster title at 14, and at 15 beat Magnus Carlsen's then record as the youngest player ever to cross the 2600 rating barrier. Later that year, in the 2009 World Cup, he knocked out Grandmasters Gadir Guseinov, Vasyl Ivanchuk and Gata Kamsky to reach the 4th round.

Wesley went through turbulent times off the board and couldn't keep up that trajectory, but after moving to the USA to study in Webster University, Saint Louis he went on to cross 2700 as a 19-year-old and, after quitting his studies to focus on chess, reached the Top 10 at the age of 21. Wesley's near flawless technique makes him tough to beat and ready to pounce on the slighest mistake by his opponent. 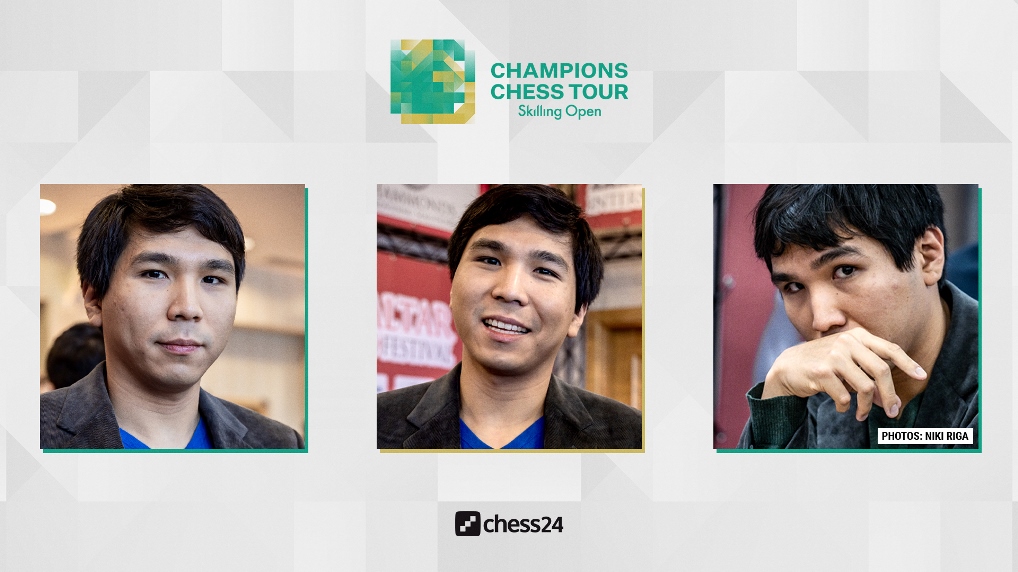 So's most impressive period to date was in 2016/7 when he went on a 67-game unbeaten streak that saw him win individual and team gold for the USA at the Olympiad, the Sinquefield Cup, the London Chess Classic, the overall Grand Chess Tour, the Tata Steel Masters and a first US Championship. Wesley was world no. 2 and arguably playing better than Magnus, but his form dropped off somewhat after that and he had a disappointing first Candidates Tournament experience in Berlin 2018.

At his best Wesley is capable of beating anyone, as he showed by crushing Magnus Carlsen 13.5:2.5 to become the Fischer Random World Champion in 2019. When chess went online in 2020, Wesley won the US version of Clutch Chess and then his second US Championship with a Fischer-like score of 9/11. He also reached the final of the chess24 Banter Series before falling to Magnus Carlsen. Can he get his revenge in the Champions Chess Tour?

With Wesley So's inclusion we now have the following players confirmed for the 16-player Skilling Open, starting November 22nd:

Banter Blitz with Wesley So

Before that, however, it’s your chance to take on the world no. 9 as he plays blitz against chess24 Premium members while talking about his moves. The session starts at 22:00 CET on Thursday and you can challenge by clicking the link below, hovering over Wesley’s chess24 username GMWSO under the video and selecting “Challenge me!” (that button will be active when he’s online):

If you’re not yet Premium you can save 40% now if you Go Premium using the voucher code SO40. Alternatively, check out the Early Bird offers for our Tour Pass.