Wesley So inflicts 3rd loss in a row on Carlsen

Wesley So needs just one win or two draws in the rapid games to claim the Fischer Random World Championship after winning both of Friday’s 45-minute games to make it three wins in a row against Magnus Carlsen. “Daily wisdom: tilt is not the best friend of a chess player”, remarked Ian Nepomniachtchi, after the 1.a4, 2.a5, 3.a6 start of Magnus in the second game was tough to explain in purely chess terms. Ian has a 7.5:4.5 lead over Fabiano Caruana in the match for 3rd place. 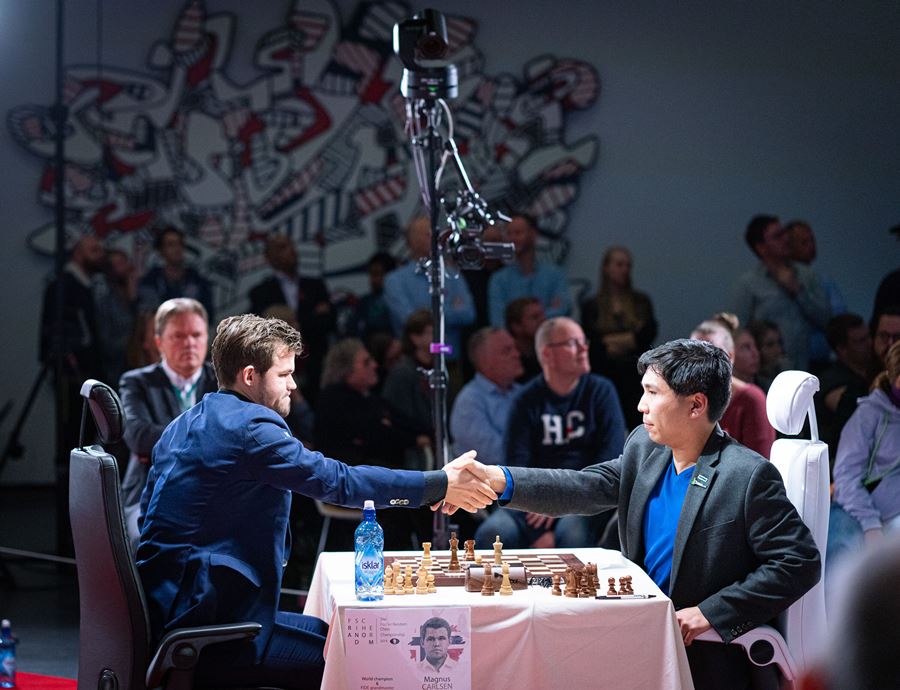 Magnus Carlsen has played a lot of matches, but losing three games in a row to the same opponent seems to be new territory for him | photo: Lennart Ootes, official website

You can replay all the games from the Fisher Random World Championship using the selector below: 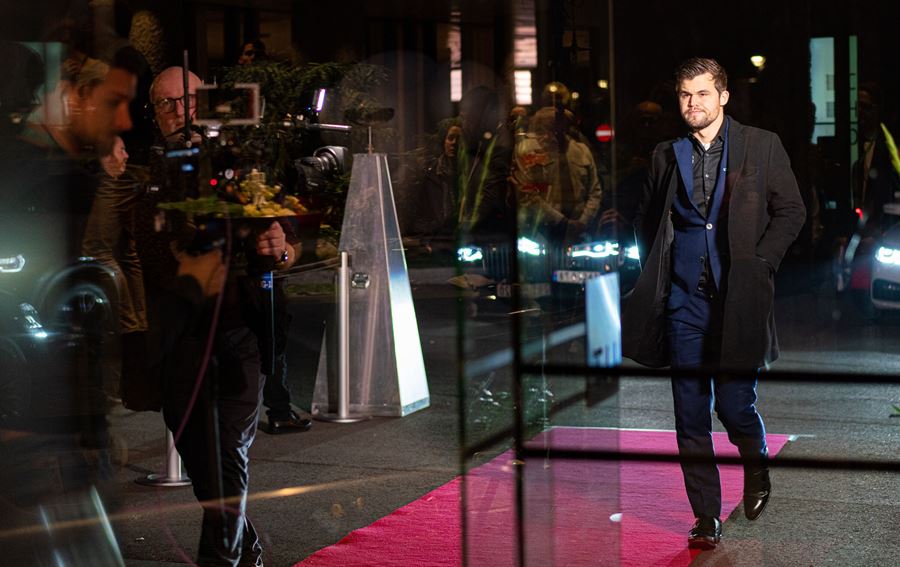 Wesley So summed up the second day of the Fischer World Championship final:

Obviously today is simply not Magnus’ day, so I was glad to take advantage of it while he’s down, but he won't be down for long.

As Fabiano Caruana also commented, however, “one bad day in this event is usually the end”, and while if anybody could make up a 9-point deficit it’s Magnus it looks incredibly unlikely against Wesley So in his current form.

The pattern for the day was set early on as Wesley So opened with 1.e4 and Magnus, trailing by three points, went for a French-style 1…e6, 2…d5, 3…c5!? setup. The watching Hikaru Nakamura made an interesting observation:

In this case 1…e5 seems to run into a “King’s Gambit” 2.f4!, but it was obvious Magnus wanted to play aggressively in the opening. That would backfire, however, with computers already giving White a healthy edge by move 4:

Soon queens were exchanged and, though for a while Magnus seemed to have equalised, he was outplayed in the middlegame as Wesley gained complete control and could set about transforming his space advantage into something more tangible. After 31.Nfd4! Black was in real trouble:

Black had never solved the problem of the “bad” French light-squared bishop, and Wesley was ready to follow up with Nc3-e4, upping the pressure on the black position. Magnus decided he needed to go for counterplay on the kingside with 31…g5!?, and he might still have escaped if he’d been at his very best. 34.Nc3 threw away all White’s advantage, at least according to the computers, but the game decisively slipped from the World Champion’s grasp after 37.Nd6:

The gap was now 6 points and desperate times seemed to call for desperate measures for Magnus. Wesley commented, “I feel like 1.e4 is the best move, and Black has to fight hard to equalise.” He also explained he had of course done some preparation for that before the second game, so Magnus instead decided to pull a surprise with 1.a4!? It was a playable option, in fact the 3rd choice of Stockfish at a depth of 22, but what followed got progressively harder to justify: 1…e5 2.a5!? d5 3.a6!?

Wesley noted that, “the pawn on a6 was a thorn in my flesh for the longest time,” and it might have been a viable opening, but Magnus wasn’t finished there. He followed up with 3…b6 4.d3?! Nd6 5.e4 dxe4 Nxe4:

We’re not used to seeing Magnus Carlsen dead lost after 12 moves, but that was the situation as Wesley followed up with the brutal but simple 12…Bxb2!, when 13.Kxb2 of course runs into 13…Nc4+. Magnus was able to play on with 13.Bc3 Bxc3 14.Nxc3, but was simply a pawn down with his king defences shattered. Around here Wesley looked for but failed to find a killer blow, but his decision to exchange off queens and win another pawn was perhaps even more soul-crushingly effective. 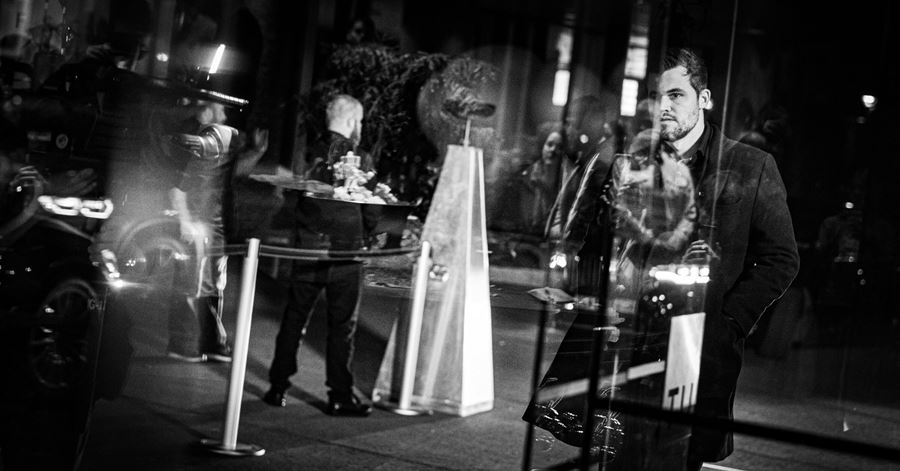 Magnus was a shadow of his usual self... | photo: Lennart Ootes, official website

Here’s the position after 19…Rxg2:

Magnus reminded us who he was for a while by putting up serious resistance, but pawns are pawns and Wesley never put a foot wrong as he went on to convert his advantage in what became a rook endgame:

Magnus losing two games in a row to the same opponent has happened as recently as the Sinquefield Cup in St. Louis (in the tiebreaks against Ding Liren), but losing three in a row may be unique. It wasn’t just the losses but the way it happened, with Wesley completely dominant. Fabiano Caruana commented:

It wasn't like either game today was an accident. He was just outplayed in both of them from the start. 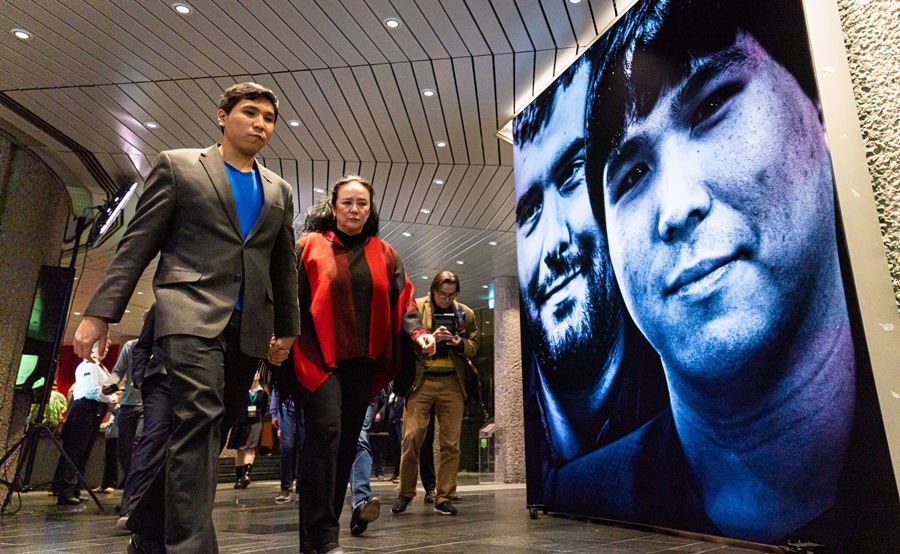 After a shaky first game Wesley has been in control against Magnus | photo: Lennart Ootes, official website

Ian Nepomniachtchi, who knows a thing or two about the topic, wrote on Twitter:

Magnus Carlsen is of course the last person in the world you would write off, but only a near perfect final day could see him stop Wesley So becoming the FIDE Fischer Random World Champion now. Magnus needs 11 of the remaining 12 points, while Wesley needs just 2, which he could get in one game if he won the first rapid game of the final day.

Magnus is also perhaps not in the perfect mood for heroics: 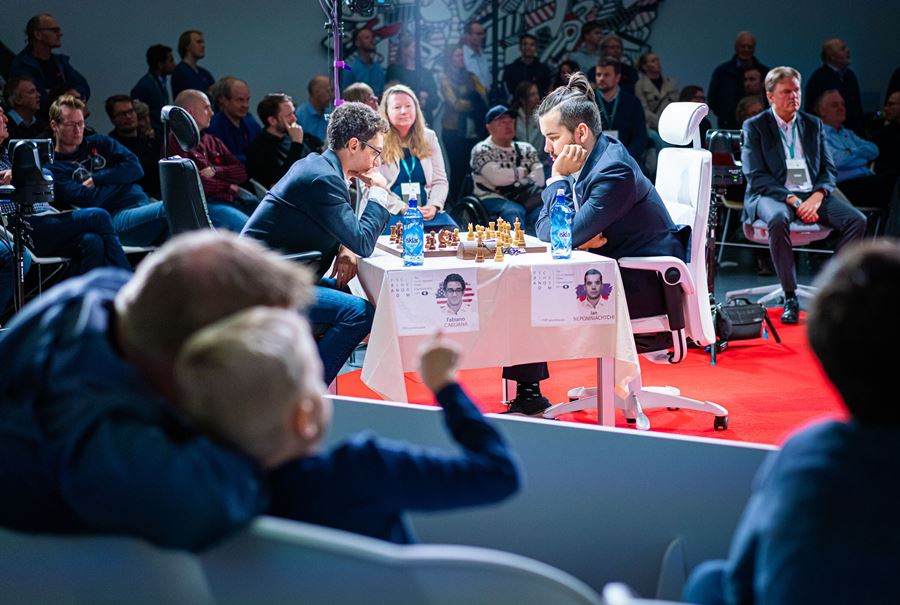 Things are much closer on the "board of shame"! | photo: Lennart Ootes, official website

The one grain of comfort for Magnus, at least during the first game, was that he hadn’t emerged from the opening and early middlegame with the most miserable position of the round. That honour fell to Fabiano Caruana, who was left down a pawn and in a hopeless position, as Ian Nepomniachtchi emphasised with 35.Rc4!

White has everything under control and is threatening d4 or a4-a5. Nepo smoothly went on to claim victory and take a 3-point lead in the match. Afterwards he told a story of how back in Mainz in 2008 there was a 4-player knockout and Morozevich played badly and lost in the semi-final but then was brilliant in the 3rd place playoff. Vishy Anand commented, "Morozevich starts to play well when the tournament is already over!”

Nepo was doing the same and found himself a pawn up with Black and close to clinching the match in the second game, but in the end it fizzled out into a draw by repetition. It’s going to be a tough task for Fabiano, but with two wins in rapid chess he would take the lead - it’s nothing compared to the dark place Magnus finds himself! 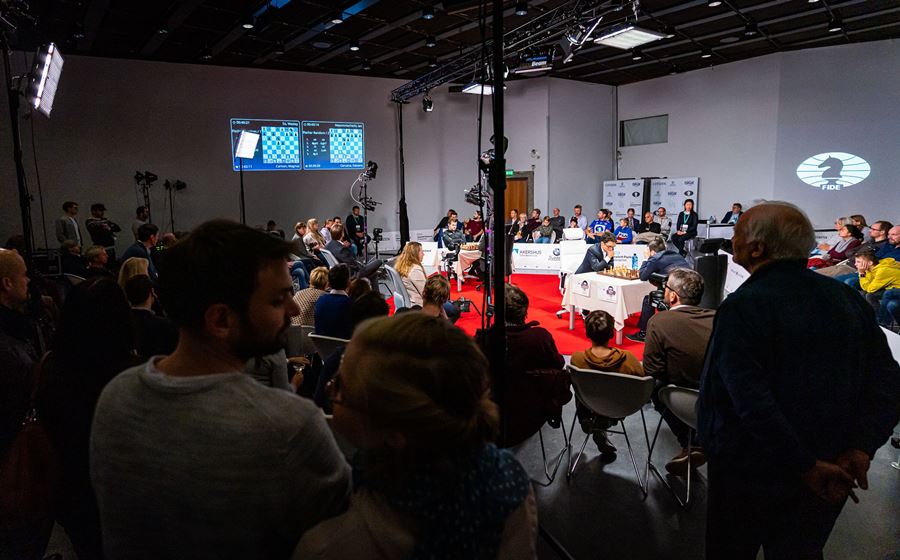 Can the local fans at least get to see a few games with their hero on the final day? | photo: Lennart Ootes, official website