Chinese Grandmaster Wei Yi turns 16 today, only a day after he appeared as world no. 30 on the June 2015 FIDE rating list with a rating of 2721. It's hard not to be impressed by the progress of the Chinese prodigy, but how does he compare with the current World Champion? Is Wei Yi ahead of Magnus Carlsen at the same age, and can he follow up with the same success? 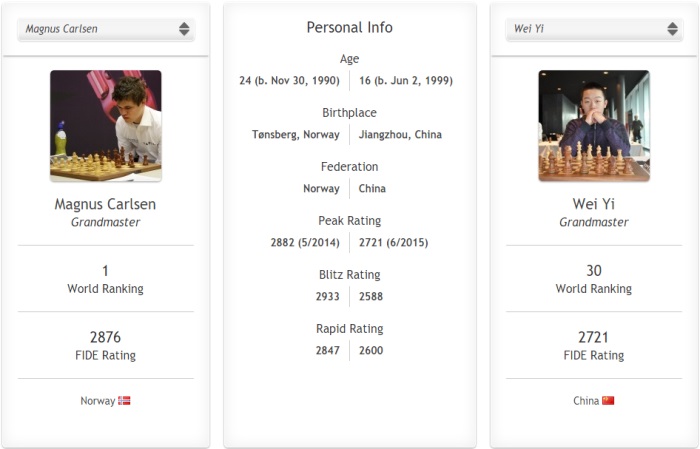 Our Head-to-Head comparison of Magnus Carlsen and Wei Yi

It seems Wei Yi's progress and future potential know no limits. A grandmaster at 13, he crossed 2600 at 14, 2700 at 15 and now at 16 his sights are set even higher. His incredible statistics make a comparison with the world no. 1 Magnus Carlsen as natural as it is inevitable. 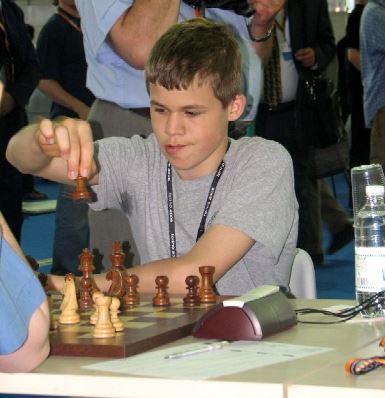 The "innocent" Magnus Carlsen during the 2006 Turin Olympiad | photo: Bergensjakk

Magnus was born on 30 November 1990, but since the FIDE rating lists only became monthly in 2012 we'll take the October lists as our point of reference - we're stealing a month from the Norwegian!

When Magnus was about to turn 14 he had a rating of 2581, compared to Wei Yi's 2530. But the Chinese player has since overtaken his great predecessor, reaching 2721 at 16 compared to Carlsen's 2698. However, if we take a closer look at the ranking lists we can see that Magnus occupied place no. 21, while Wei Yi is "only" 30th! Both players have left other prodigies in their wake by their 16th birthdays - Sergey Karjakin: 2660, Wesley So: 2646, Anish Giri: 2642 and Fabiano Caruana: 2630 - though it's notable Karjakin and soon Giri have also managed to get married as juniors!

In 2006 one of Magnus' tournaments was the Olympiad in Turin. Since he came from a country much less competitive in chess than China he was able to play on first board and prove his worth, beating Adams, Naiditsch and Granda to finish unbeaten with a 2820 performance.

Wei Yi already managed to win the Olympiad last year, posting a great 4/5 performance, although in his case he was the reserve player for the Chinese team and against weaker opposition posted "only" a 2730 performance. He also played on the bottom board for his team in this year's World Team Championship. China won again and Wei Yi was brilliant: 7/9 against opposition averaging 2626 for a 2846 performance.

The focus for China is about to switch to individual events, with Chinese team coach Ye Jiangchuan telling Shanghai Daily:

After a decade of hard work, now the Chinese male players have what it takes to win the pearl on the crown - the men's individual world title. 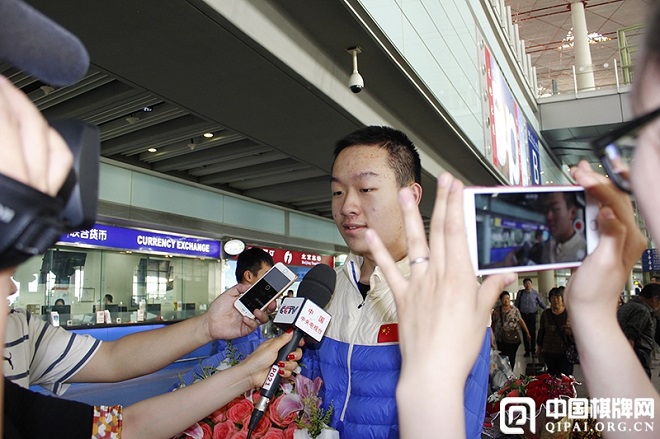 Wei Yi facing the press in the airport after his team returned to China from the World Team Championship | photo: Qipai.org

While few can doubt the Chinese prodigy will soon be inundated with offers, he hasn't yet been given the chance to test his strength in a supertournament. There's no shortage of people regretting that Wei Yi hasn't been invited to some of the world's best tournaments, above all to the recently created Grand Chess Tour (Norway Chess, the Sinquefield Cup and the London Chess Classic). What is sure is that he'll play in Tata Steel 2016, since in addition to the organisers' good taste in inviting young and promising talents Wei Yi went on to earn the right to play in the top event by winning this year's Challengers.

Magnus spoke about the progress of the Chinese star during a memorable post-game interview at that tournament:

I think Wei Yi has 2675 and I think that was exactly what I had at his age – and then you can talk about inflation and so on (smiles). I won’t do that.

How good is Wei Yi? Is he a spectacular talent?

Yes, I think so. It’s hard to tell still whether he’ll be “just” a world class player or one of the best, but he’s really good and he’s a well-rounded player, not just a tactician.

At 16 Magnus also got his opportunity to play the elite tournament in Wijk aan Zee. His début wasn't a resounding success, since he ended up second from last with 4.5/13, but it only took him a year to adjust and come back with a vengeance - tying for first place with Aronian on 8/13... 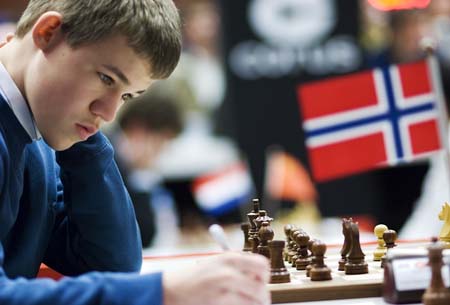 Magnus suffered in 2006. "Enjoy it while you can, guys", he might have thought... | photo: Fred Lucas, Wijk aan Zee website

I don't think I'm the only one who can't wait to see Wei Yi take on the world's very best in a full-blown confrontation. So far he's had very limited opportunities - he played Veselin Topalov in the ninth round in Gibraltar this year and in 2013 he had a great World Cup, eliminating Ian Nepomniachtchi and Alexei Shirov only to fall to Shakhriyar Mamedyarov in third round tiebreaks. The situation is somewhat altered by now, since only two years ago Wei Yi was a 224 rating points underdog. Now there are only 14 points separating the two players! 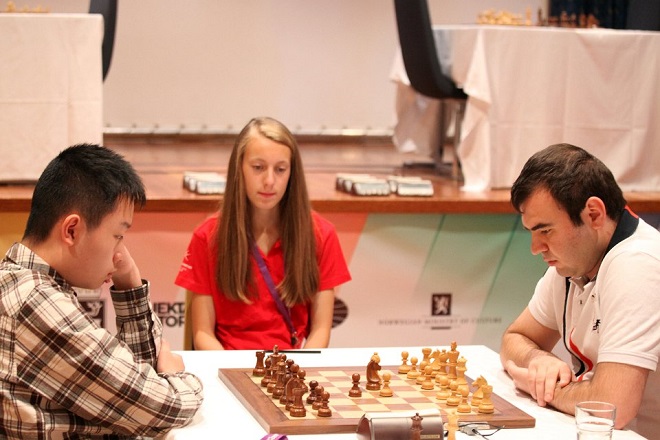 How far can Wei Yi go? Will he soon be a threat to the World Champion? He won the Tata Steel Challengers this year and recently became Chinese Champion, but will he be able to impress against the real world elite? I think so! What about you?