“The future of Indian chess looks bright!” tweeted Anish Giri after 52-year-old Vishy Anand got off to a brilliant start in the Superbet Rapid & Blitz Poland tournament in Warsaw. Vishy beat his former second Radek Wojtaszek, then sacrificed a pawn to crush world no. 8 Wesley So, then crashed through against Anton Korobov's French to end the day in the sole lead on a perfect 6/6. 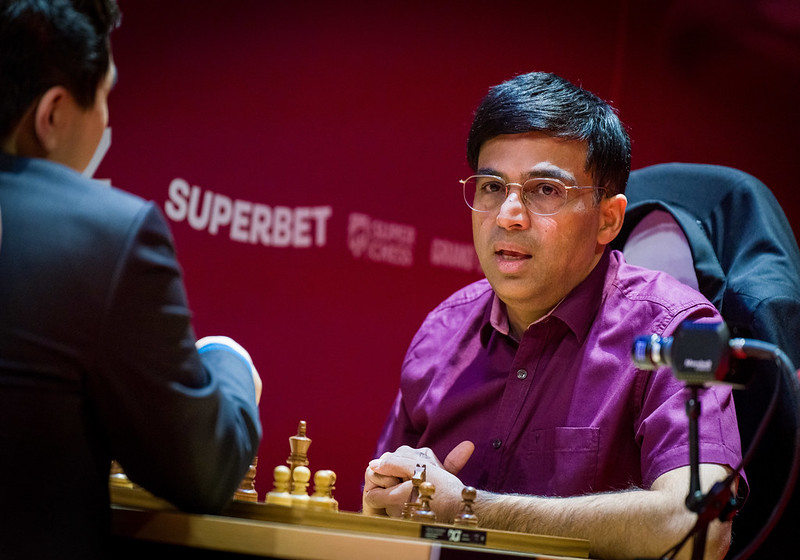 Vishy Anand's coaching of the Indian juniors seemed to have rubbed off on him as he raced to a brilliant 6/6 | photo: Lennart Ootes, Grand Chess Tour 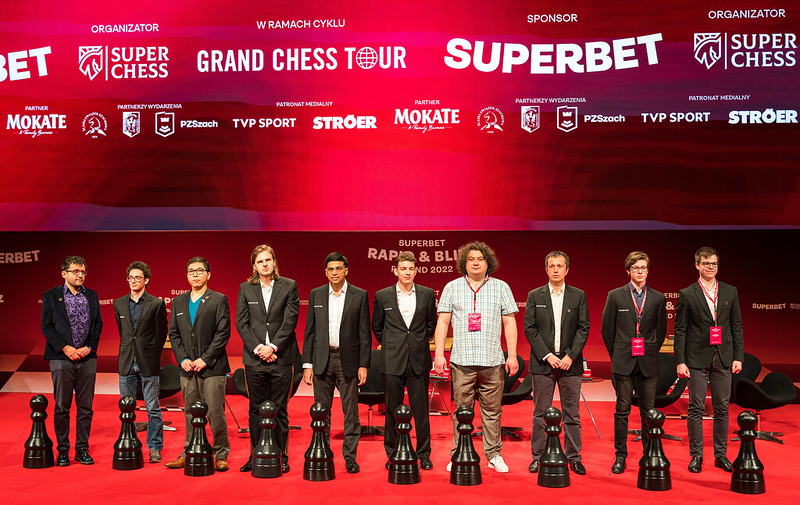 The 2nd event on the Grand Chess Tour, the Superbet Rapid and Blitz, is taking place in the POLIN Museum of the History of Polish Jews in the Polish capital Warsaw. The war just across the border, and a huge influx of refugees, means that the history particularly of World War II has become more relevant than ever. 13th World Champion Garry Kasparov met with Polish Prime Minister Mateusz Morawiecki to discuss Russia’s invasion.

He also appeared on Polish TV.

Garry was mainly in Warsaw, however, for the opening ceremony of the Superbet Rapid and Blitz. 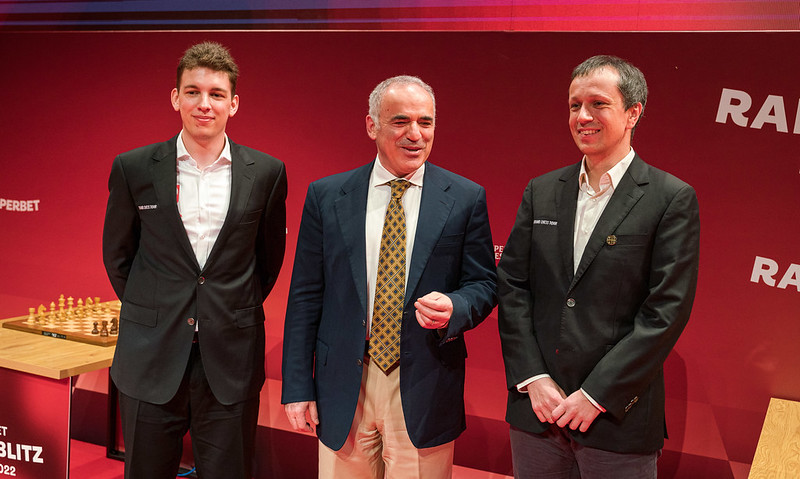 The 10-player field features two Ukrainian players, the mercurial Anton Korobov and the 19-year-old rising star Kirill Shevchenko. On Day 1 of the event, however, it was 52-year-old Vishy Anand who stole the show (the following crosstable will update as the event continues).

Vishy Anand began by beating his long-time second Radek Wojtaszek in a tricky game where Radek might have had compensation for a missing piece, but couldn’t find the narrow path to prove it. Then Vishy won a remarkable game in the Nimzo-Indian when Wesley So castled into trouble with 12.0-0-0!?

Vishy was still applying all the pressure, however, and Wesley was unable to find a convincing path before he resigned on move 30.

Next up was Anton Korobov, who is always fun to interview.

Anton felt that Vishy might be tempted simply to play solidly after winning the first two games, but Anton did nothing to encourage that scenario by playing the French Defence. Vishy accepted the challenge! 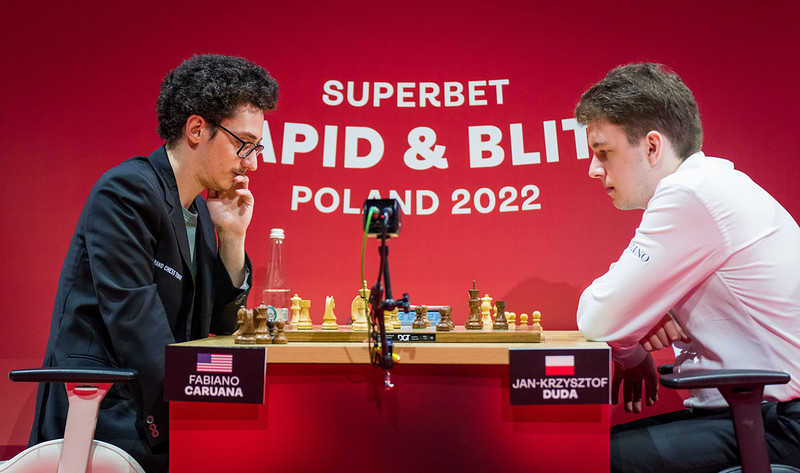 Fabiano Caruana won this game against Jan-Krzysztof Duda, but both are in the chasing pack on 4/6. They're joined by Levon Aronian, the only player other than Vishy still unbeaten in Warsaw | photo: Lennart Ootes, Grand Chess Tour

There are two more days of rapid chess to go, before the final two days will feature 18 rounds of blitz. Follow all the Superbet Rapid & Blitz action live here on chess24 from 14:00 CEST.