The 2018 US Chess Championships start today in St. Louis, with Wesley So and Sabina-Francesca Foisor looking to defend their titles. The line-ups could hardly be stronger, with Fabiano Caruana and Hikaru Nakamura completing the Top 10 trio hunting the $50,000 top prize in the open section, while Anna Zatonskih and Irina Krush will be looking to reassert their dominance of the women’s section. Yasser Seirawan, Jennifer Shahade and Maurice Ashley will again be commentating on all the action live. 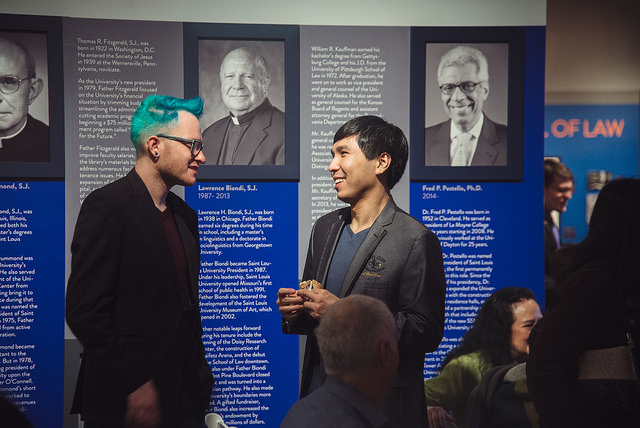 Lennart Ootes on the other side of the camera talking to defending US Champion Wesley So at the opening ceremony | photo: Austin Fuller, official website

There’s been a brief lull in action at the very top of the chess world since the GRENKE Chess Classic, but that all stops now, with the US Chess Championship starting today. From tomorrow we have 8 days (the tournaments share the same rest day) when Magnus Carlsen and co. will be playing in Shamkir from 13:00 CEST and then seven hours later the action will continue in St. Louis!

St. Louis is this year marking a decade of holding the US Chess Championships, with a new streamlined logo and name for the club…

…and once again the biggest chess piece in the world!

All eyes, of course, will be on the chess, with the open event boasting a $194,000 prize fund and again attracting the big three of 4-time champion Hikaru Nakamura (last win in 2015), 2016 champion Fabiano Caruana and defending champion Wesley So. Check out the full pairings for all 11 rounds below:

It’s hard to see a winner outside of that Top 3, but it’s worth remembering that last year Caruana and Nakamura were back on 50% with two rounds to go and only restored respectability by winning those last two games to finish half a point off the lead. There can also be surprises, since Alexander Onischuk reached a playoff with So last year. On the eve of this year’s event he was inducted into the World Chess Hall of Fame. 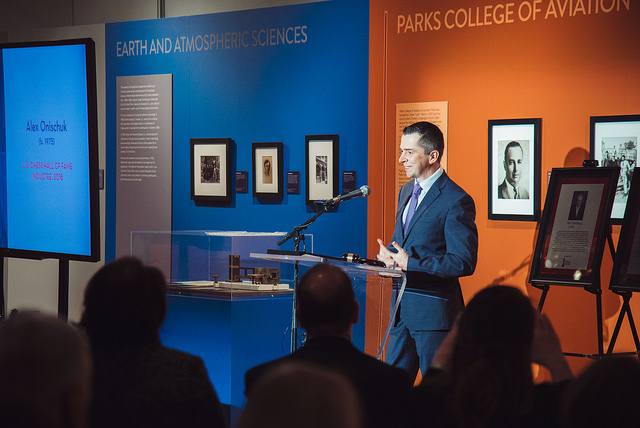 Then of course there are the kids, with one of the highlights of the first round undoubtedly seeing 15-year-old Awonder Liang take on Fabiano Caruana. It may be a baptism of fire for Awonder, but Jeffery Xiong looks ready to make an impact. The 17-year-old has had a rough couple of years since winning the World Junior Championship, but he finished above five of his US Championship rivals on his way to a dominant victory in last month’s Spring Chess Challenge in St. Louis. 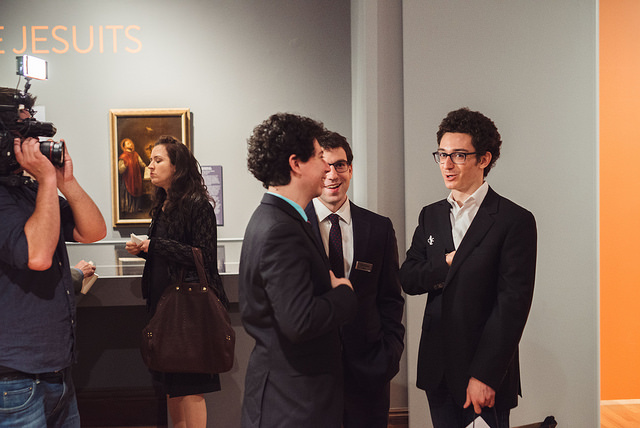 Fabiano Caruana is the man of the moment in world chess - can he win a third major tournament in a row? | photo: Austin Fuller, official website

The one player who may need an introduction is 34-year-old Izoria Zviad, a Georgian-born player who won the U16 World Youth Championship back in 2000. He qualified by rating. 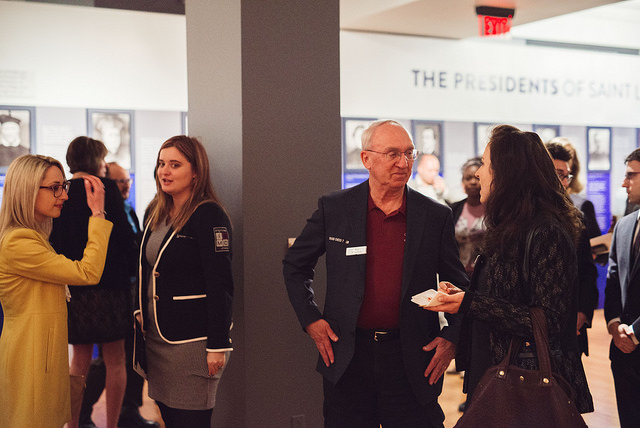 The women’s event once again looks set to be if anything more competitive than the open tournament, with $100,000 at stake (in both events there's also a $64,000 Bobby Fischer prize up for grabs if anyone can pull off an almost impossible 11/11). The pairings are as follows:

As you can see, Anna Zatonskih and Irina Krush, who between them won every title for the decade between 2006 and 2015, both play, but so do Nazi Paikidze, who won in 2016 and defending champion Sabina-Francesca Foisor. All four of those players have Black in Round 1, with 3rd seed 16-year-old Jennifer Yu playing Paikidze, while 4th seed and perennial nearly woman of the event Tatev Abrahamyan plays Foisor. Tatev already has the rest day planned!

The major addition to the women's event is 20-year-old Dorsa Derakhshani, who has switched chess federations from Iran to the US and is now studying at St. Louis University. 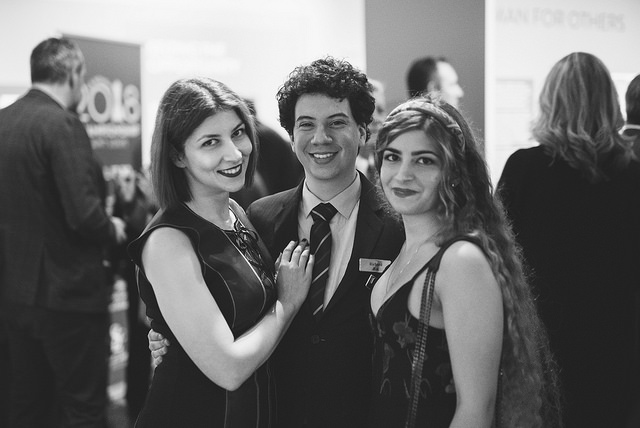 Follow all the action live from 13:00 CDT (20:00 CEST), with live commentary from Yasser Seirawan, Jennifer Shahade and Maurice Ashley here on chess24.