US Champs R2: Nakamura is world no. 2

Hikaru Nakamura and Wesley So are the only players with a perfect score after two rounds of the US Championships, but their second round games were very different. Nakamura simply had to mop up after Varuzhan Akobian sacrificed one pawn then blundered another, while So's opponent Sam Shankland had a draw in his grasp before he collapsed in dramatic fashion in the final game of the day. Don’t miss our exclusive video coverage of that moment! 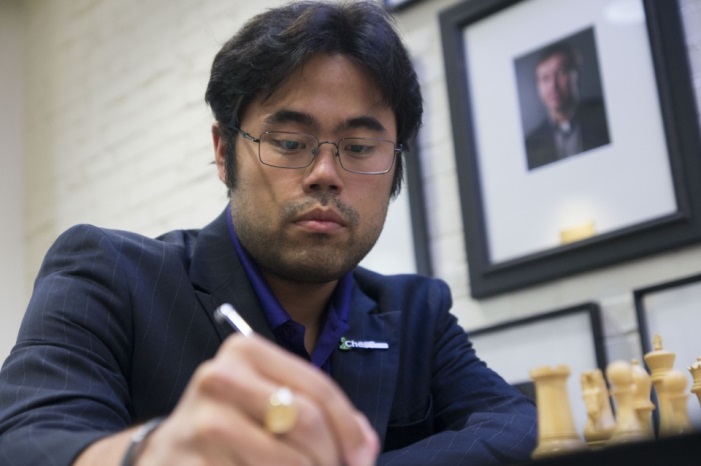 Nakamura was in complete command, but he knows there are going to be tougher challenges ahead | photo: Lennart Ootes, official website

It wasn’t so long ago that Magnus Carlsen could use Nakamura’s rating to trash talk Kramnik:

I'm a little disappointed that Kramnik is way down in sixth place in the world rankings. It's just too bad. Now he's coming down to Nakamura territory.

Suddenly, though, while Kramnik is down in 9th, Hikaru’s fine start to 2015 has taken him all the way up to world no. 2 on the live ratings lists.

Both Nakamura and So moving up! | source: 2700chess

It wasn’t a fact he was overjoyed about when he was confronted with it by Maurice Ashley after his Round 2 game:

The game itself was a non-event, but you can replay it and all the others from the round in the viewer below: 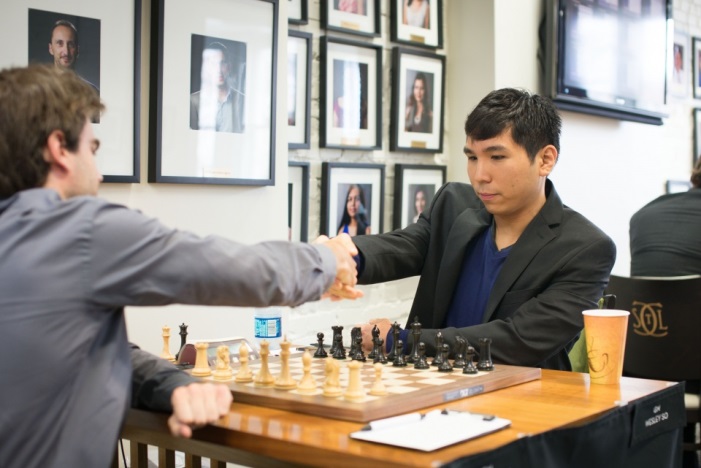 This is how Shankland - So began... | photo: official website

Sam Shankland – Wesley So, meanwhile, defies description (if only Jan’s Endgame Clinic had been a day later!). It’s hard to argue that So was the deserving winner, since he had so many chances both in the middlegame and then a knight ending, but Shankland put up immense resistance until it all fell apart just when he seemed to have secured the draw. The English commentary team had called it a day, but IMs Lawrence Trent and David Martinez were still commentating from Gibraltar, in Spanish, at 1am local time, when the drama unfolded. It may not be quite as much of an instant classic as the minute that could have changed the Carlsen-Anand World Championship, but just watch the way Shankland sends his pen flying when he realises his 92.g4?? was a terrible mistake.

That victory took So up to his highest ever live rating of 2794.3 and no. 5 in the world. If the US could persuade Caruana to return they'd have the world nos 2, 3 and 5 - not a bad team!

Elsewhere Kayden Troff didn’t let time trouble stand in the way of a convincing win over Daniel Naroditsky, Conrad Holt bounced back from his loss to Nakamura to beat Timur Gareev in a nice attacking game, while Ray Robson and Alexander Onishcuk took the day’s only quick draw. 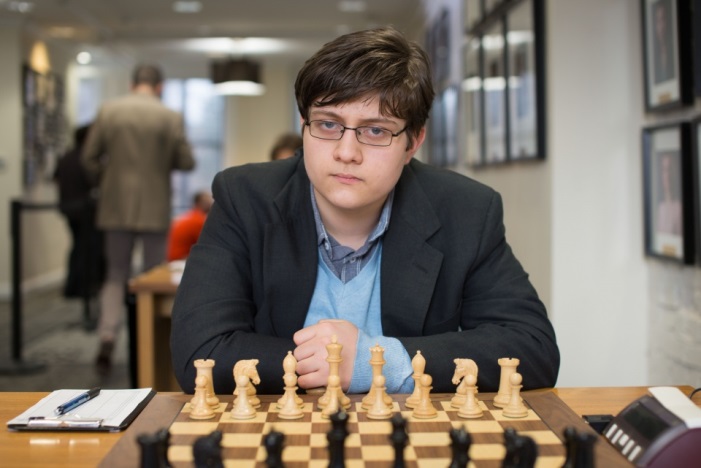 The other draw was a classic, with 14-year-old Samuel Sevian showing no fear as he punted his knight in the direction of Gata Kamsky’s king with 33.Nf5!?:

Kamsky has seen it all before, though, and after eventually taking the knight (with the knight, not the pawn) he went for 36...e4! and an exchange sacrifice to free his position:

After 37.Bxe4 Rxe4 38.Qxe4 Re8 39.Qf3 Qxf5 the black bishops were so strong it seemed Gata might even come out on top, but Sam held on to force a draw by repetition. A great battle between youth and experience! 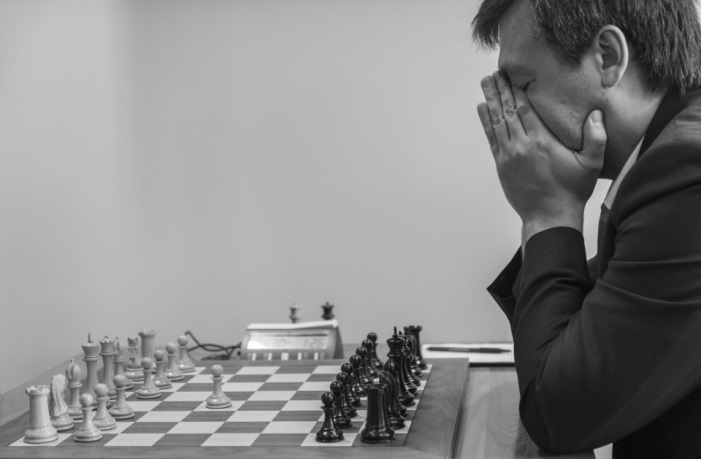 Gata Kamsky has seen it all before... | photo: Lennart Ootes, official website

You'll find the best standings in the new cross table tab of our broadcast, since you can click on any score to go to the game: 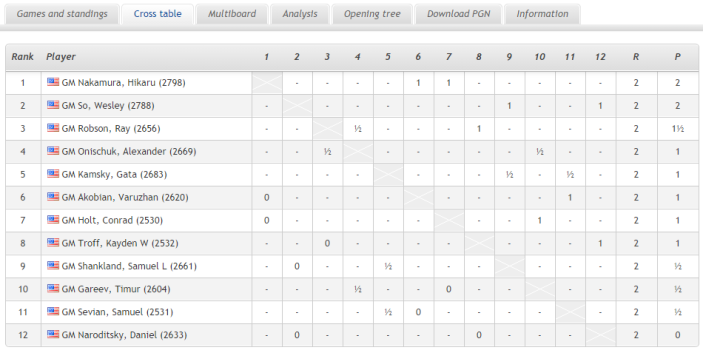 In the women’s section there was only a single draw in six games, though it perhaps sums up the character of play to note that according to computers in that draw Nazi Paikidze had a -12.15 advantage at one point over Apurva Virkud. 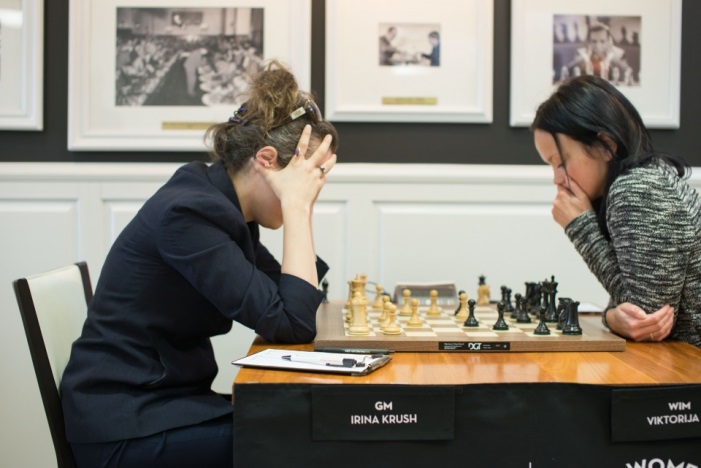 Irina lived up to her name | photo: official website

Top seed Irina Krush got back to winning ways by beautifully dominating the whole board against Viktorija Ni:

That still doesn’t qualify for the best final position of the round, though, since Katerina Nemcova managed to deliver mate against Anna Sharevich (we've added the path of the knight since Anna mistakenly chased it away from c6 with 19.b5?): 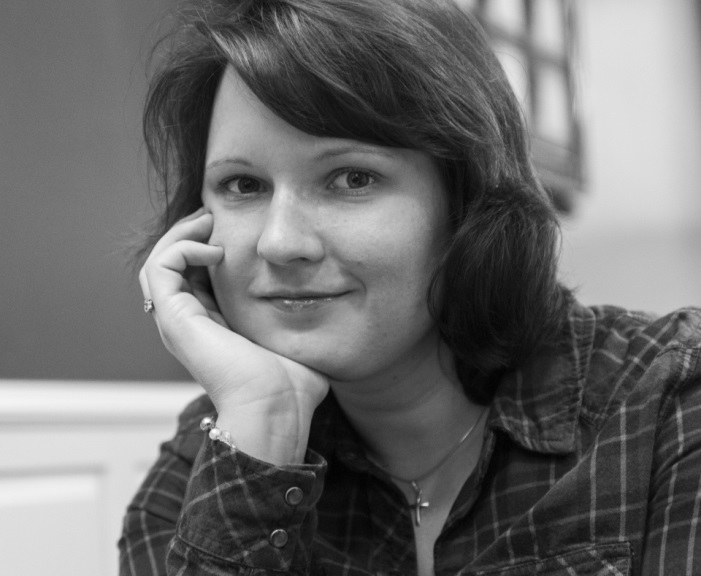 Friday is going to be a big day in St. Louis. In the women’s section no. 2 seed Paikidze has White against Krush, while in the men’s event Kamsky has White against Nakamura (who needs a win not to lose that no. 2 spot) while Wesley So will go for his third win with White against young Sevian. In case you want to put it in your calendar, Nakamura-So will be on Saturday!


You can also watch the games on our free mobile apps: