With Dortmund over we have another brief chance to catch our breath. The next big traditional supertournament is the Biel Chess Festival in 12 days’ time, while next month Wesley So will join Magnus Carlsen, Vishy Anand and co. in the Sinquefield Cup, making that one of the strongest tournaments ever held. Love is also in the air this summer, with Anish Giri and Radek Wojtaszek about to get married to Sopiko Guramishvili and Alina Kashlinskaya. 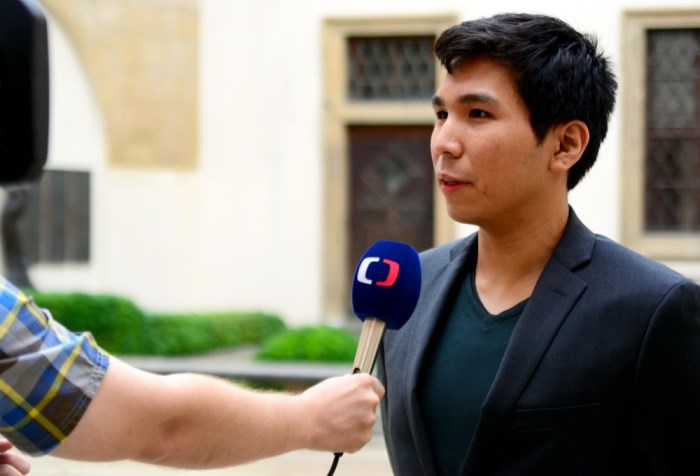 Let’s take a look at some of the events coming up in the chess world in the next month or so:

1. Wesley So gets the wild card for the Sinquefield Cup

Good news for chess fans! The Sinquefield Cup organisers have taken the logical decision to award their wild card to world no. 8 Wesley So. Saint Louis Chess Club Director Tony Rich made the announcement yesterday in an interview during the US Junior Closed Championship (an elite event open to US juniors that features such wonders as 12-year-old but 2400+ FIDE-rated Awonder Liang - watch it here):

That ended any fears that Wesley So had become persona non grata in St. Louis after he was critical of how Tony Rich had forfeited him in a game for writing on his scoresheet during the US Chess Championship earlier this year. Wesley So was only not included in all three Grand Chess Tour events because his match with David Navara overlapped with the dates of Norway Chess.

The Sinquefield Cup will now feature no less than nine of the world’s current Top 10, with only Vladimir Kramnik absent. It will also see the US “galacticos” all play in the same event:

The next big traditional supertournament is the Grandmaster Tournament of the Biel Chess Festival. Although it can’t match the Sinquefield Cup for star quality it features six very strong grandmasters. In particular it’s always interesting to see Richard Rapport in action – his rating has slipped back below 2700 recently, but the highly original Hungarian is still only 19 and has every chance of breaking into the elite:

That tournament will be a honeymoon of sorts for the Polish no. 1 Radek Wojtaszek, who is about to marry Russian International Master Alina Kashlinskaya: 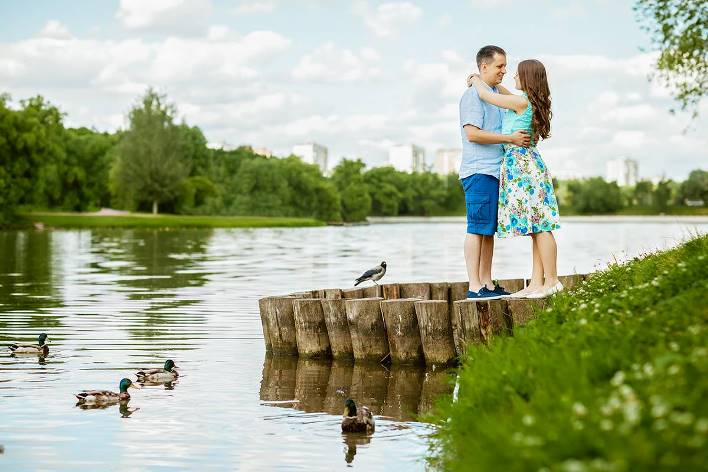 Alina posted this photo with the caption "To be continued... :)" | photo: Alina Kashlinskaya's Facebook page

Radek is a formidable player in his own right, starting 2015 by beating both Magnus Carlsen and Fabiano Caruana in Wijk aan Zee, but has been better known as Vishy Anand’s second. It’s fitting, therefore, that Vishy is in Moscow for the wedding:

Update: The wedding has now taken place, with Sergey Karjakin tweeting from the scene

Anish Giri and Sopiko Guramishvili will finally tie the knot in Tbilisi on 18th July. Sopiko talked about the preparations and more during Norway Chess:

Giri, meanwhile, has found the perfect way to avoid having to deal with any preparations – he’s playing chess in the Dutch Championship! Anish has won the event three times and is currently in the joint lead with 7-time Champion Loek van Wely (click on any result to replay the game):

As such a big ratings favourite he’s had to take risks to win, and his two victories so far have both been spectacular. The first against Roeland Pruijssers could have been even better:

36.Be8! was crushing, our silicon friends inform us, though Giri had no trouble winning after 36.Bc2 either.

The game against Benjamin Bok was an epic canvas played on both sides of the board. The fact it wasn’t flawless only adds to the charm, with Giri eventually winning with three pawns against a minor piece (just what Kramnik had failed to do against So in Dortmund). Check it out here.

The 6th Hainan Danzhou Supergrandmaster Tournament hit the headlines for the best possible reason when 16-year-old Wei Yi played a wonderful game. In the unlikely event you missed Jan Gustafsson’s analysis of just why it was every bit as incredible as it looked on the surface, check out our article: Wei Yi plays his Game of the Century. 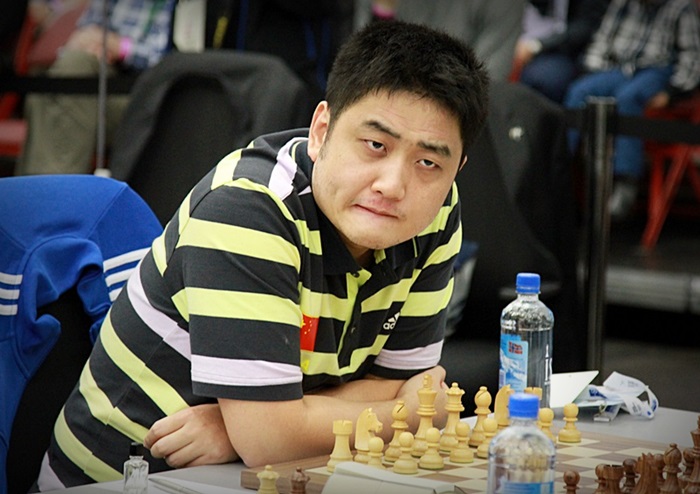 After six rounds, though, it’s not Wei Yi who stands out in the cross table:

Wang Yue has been in supreme form, reminding the chess world of the manoeuvring talent he showed five years ago when he broke into the world Top 10. He’s been giving a master class almost every day:

In Round 5 he beat China’s current no. 1, Ding Liren. Although Black has reached an opposite-coloured bishop ending, Wang Yue had a truly exquisite final trick in mind:

The action in Danzhou starts again on Thursday at 08:30 CEST and can of course be followed here live on chess24.