Tromsø Olympiad gets the money it needs

If you were one of the thousands of chess players, coaches and journalists planning to travel to Norway this August this may well be the signal you were waiting for to finally book your tickets! The organisers have received almost 1.5 million euro in state support, filling the hole that had opened up in their finances.

With the countdown having reached 57 days we now have official confirmation that the Olympiad will take place!

As chess24 reported in several articles over the course of the last two months, the Tromsø Olympiad was facing a serious financial crisis, with the Norwegian organisers threatening to cancel the whole event unless they received an additional 15 million Norwegian krone (about 1.8 million euro).

In our story on May 19th, we reported that the Norwegian government had even ruled out a rescue for the Chess Olympiad.

However, in the last two days the entire chess world has finally received the positive news we were waiting for - Norwegian state support has been secured!

Tromsø’s local newspaper Nordlys broke the news. According to their sources (now confirmed) parties in the Norwegian Parliament are supporting additional funding of 12 million NOK (about 1.5 million EUR). That will feature in the revised national budget to be finalised on June 13th.

The agreement was confirmed by one of Tromsø’s MPs, Øyvind Korsberg of the Progress Party.

There’s every reason to believe we have majority support for an additional amount of 12 million NOK for the Chess Olympiad. Labour, the Progress Party, the Liberals and the Christian Party will make up the majority.

Korsberg also made it clear to Nordlys how important he considers this event to be for the entire nation:

I’ve been very involved in this case since early morning. It’s incredibly important to follow through with the Chess Olympiad for Tromsø, Northern Norway and Norway itself.

Prime Minister tweets about the Olympiad

Just days ago the Labour Party, the largest party in the Norwegian parliament, announced they wanted to make sure the event would get the necessary money, with a clear statement of intent coming from one of the most prominent figures in Norwegian politics.

(Jonas Gahr Støre: "I'm looking forward to attending the public celebration during the Chess Olympiad in Tromsø. The Labour Party will secure it. Will the government follow?") 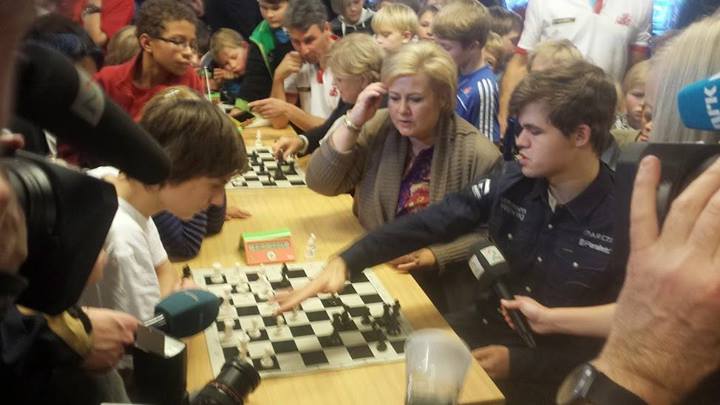 Gahr Støre’s tweet came just one day after Norway’s Prime Minister responded to a discussion about a series of financial cuts by the government in Northern Norway. The tweet even made headlines.

(Erna Solberg: “Well, is it a cut when the Chess Olympiad spends more than allocated and then doesn't automatically receive additional funding?”)

The amount secured is 3 million NOK (about 360,000 EUR) less than Norwegian Chess Federation President Jøran Aulin-Jansson had asked for, although he told chess24 that the total amount was required in order for the event to take place.

12 million is on the way to 15 million, so now we can be absolutely sure that there will be a Chess Olympiad in Tromsø.

Hans Olav Karde, President of the Tromsø 2014 board, spoke to NRK:

We still have to search for sponsors for the remaining 3 million, but for that we have such a tailwind that we’ll manage.

Aulin-Jansson, who was initially criticised by Magnus Carlsen’s manager Espen Agdestein for “creating uncertainty in the 181 nations registered”, was obviously pleased to hear the news:

We are grateful and happy. It’s been quite a silly situation. Especially when the news reached the entire chess world it created massive uncertainty. A lot of nations have registered and organised themselves in order to take part, and we got a lot of attention from FIDE.

I haven’t been in touch with them just yet, but we had a live broadcast (Norway Chess) that goes out to the entire chess world, so I shared the good news there.

If 1500 chess players from 181 nations had to change their plans for August due to the cancellation of the event it would obviously have been a disaster. When Aftenbladet put that to Aulin-Jansson he responded:

But now seems to be just the right time to book your tickets for Tromsø – 57 days to go! 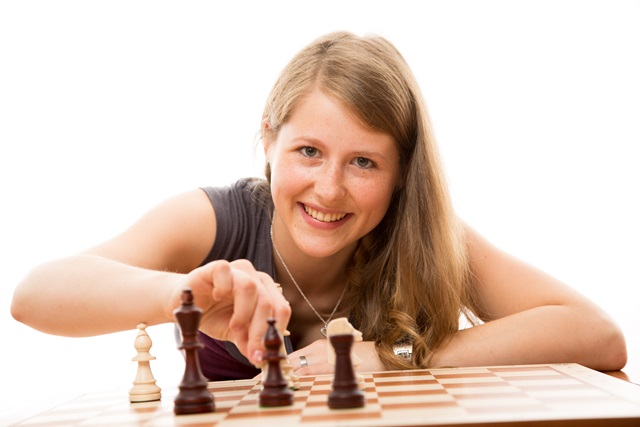 German WGM and chess24 author Melanie Ohme is one of the Olympiad ambassadors welcoming the chess world to Tromsø!