The eye-catching dynamic design - which features graphical representations of iconic chess games and changes for every event - was honoured on Saturday in the motion logo and digital categories.

It was conceived by the Norwegian agency Schjærven Reklamebyrå which was tasked with presenting a new visual profile and identity for the Tour.

What they came up with was an idea for a logo that could be generated from any chess game and show the drama of how it unfolded.

Since then the Tour, which features the top players in the world battling online, has taken off. 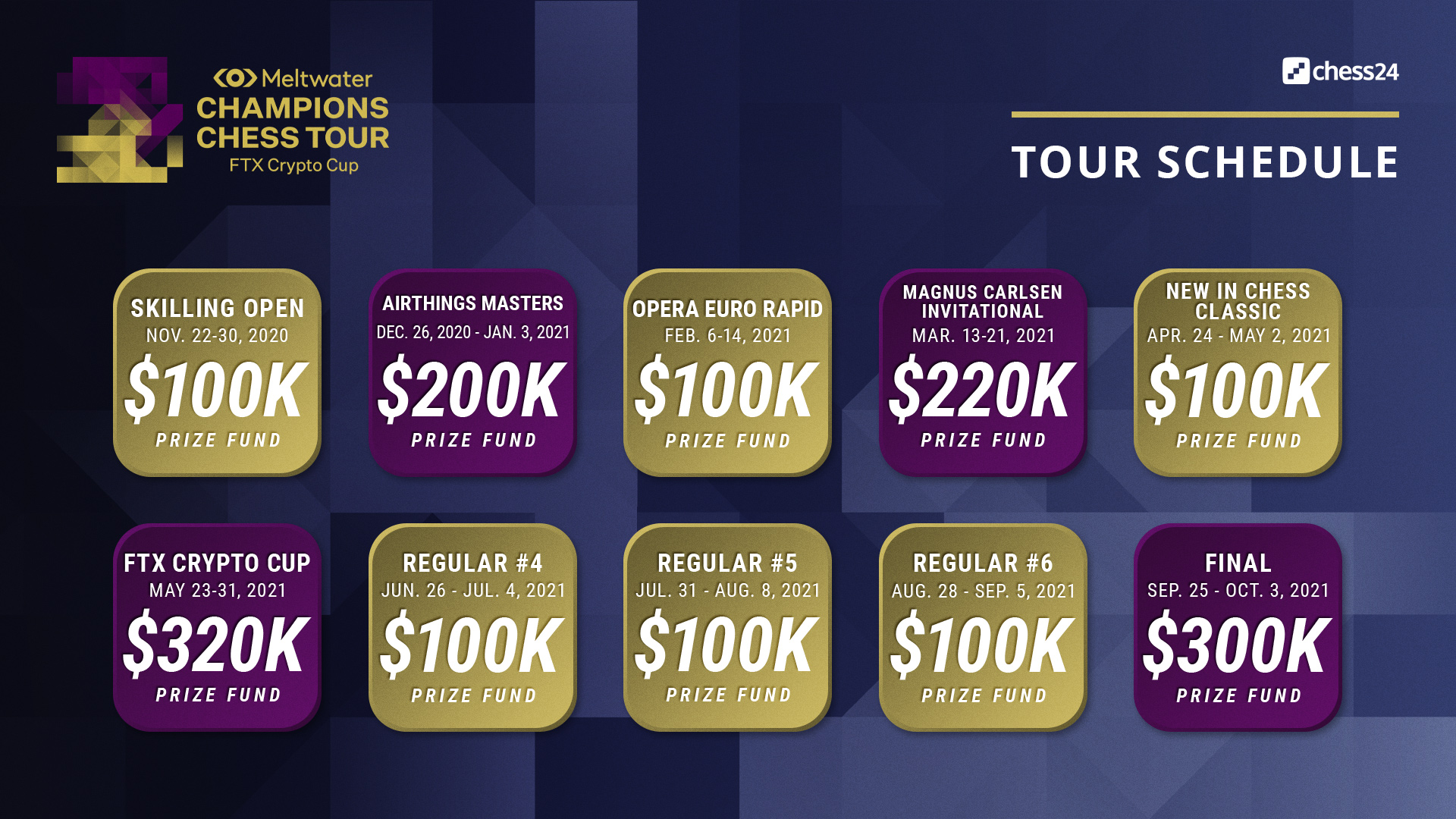 The logo has seen seven versions so far - the overall Tour logo and one each for the six tournaments that have taken place.

Back when the Tour started, Premium members were given a choice of which game should feature in the Skilling Open logo

The Skilling Open logo, for example, was generated from The Game of the Century, the famous game 13-year-old future World Champion Bobby Fischer won against Donald Byrne in 1956.

The game chosen for the Tour’s overall logo was the thriller that had the chess world on the edge of its seats back in August: the $140,000 armageddon decider between World Champion Magnus Carlsen and Hikaru Nakamura.

The final static position is when Carlsen triumphed.

A new version will be released soon for the next event which starts on June 26.

Tour director Arne Horvei said: “The fundamental idea behind our logos has been to honor the game of chess while capturing the drama and action of modern chess through the visual build-up of a game between two opponents.

“Therefore, we have worked with generative design, and designed a set of logo that is as vivid as the chess game itself.

“Every tournament in the Tour has a unique logo generated from a specific game of chess. The overall Tour’s primary logo is a closely contested Armageddon game between Magnus Carlsen and Hikaru Nakamura from the first season’s 2020 final.

“The strength of the project lies in the fact that the solution is so close to the product. It takes chess and past chess achievements seriously and presents it in a modern and vibrant expression.”

Designer on the project Helge Wiig said: “The strength of the project lies in the fact that the solution is so close to the product.

“It takes chess and past chess feats seriously and presents it in a modern and vibrant expression. And with the generator, we are able to create as many logos as there are chess games.”