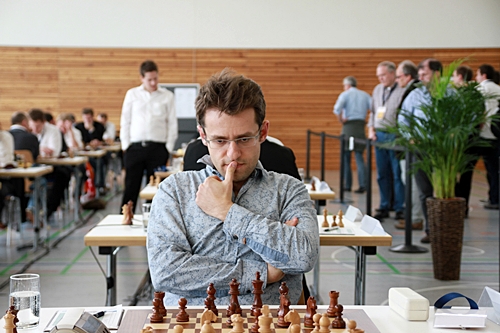 The Chess Bundesliga is a bit like Garry Lineker’s description of football: 16 teams of 8 players compete over a season… and then Baden-Baden win. Their nine years of domination somewhat diminish the sporting interest of the German league, but for the average international chess fan it doesn’t matter one iota. 128 of the world’s top players compete at the same time in 64 games that you can watch live on chess24, so what’s not to like? This weekend sees Rounds 5-7, with Baden-Baden facing one of their top rivals.

You won’t be overly surprised to learn that Baden-Baden are currently leading with a perfect 10/10 after winning their first five matches of the 2014/15 season. Any team that can boast eight 2700+ players and have a certain Jan Gustafsson down at no. 14 in their line-up can’t be bad, though this weekend they’ll be slightly weakened.

…while Peter Svidler (2743) is busy trying stuff like 1.f4 in the Russian Championship. Peter Heine Nielsen (2654) seems busy picking on guys his own size in Japan:

…and the last we heard Jan is on his way to Gibraltar.

Carlsen used to be on the Baden-Baden books, but it's rumoured he wasn't a fan of early Sunday morning chess

Their opponents in Saturday’s crucial match are Schwäbisch Hall, who currently have 7/8 points and can count on the likes of Boris Gelfand (2743), Radoslaw Wojtaszek (2744) and Li Chao (2730). Unfortunately they’re also missing at least one top player – Russia's Dmitry Jakovenko (2732), who had to face Svidler's 1.f4 (see above).

There’s a lot more chess action going on, though, and chess24 is unquestionably the best place to watch it. As well as our main display that you’re no doubt familiar with, the system comes into its own for team tournaments. 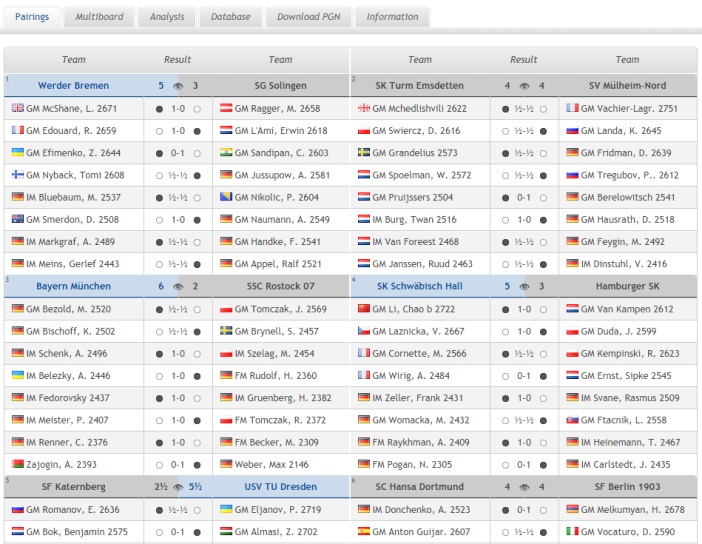 In the Pairings tab under the main board you can see all the games at a glance, and if you hover over a result/evaluation you’ll see the latest position pop-up. Click on any game and that will become the main game above.

That’s not all – if you click the Multiboard tab you then get to see all the games in a match: 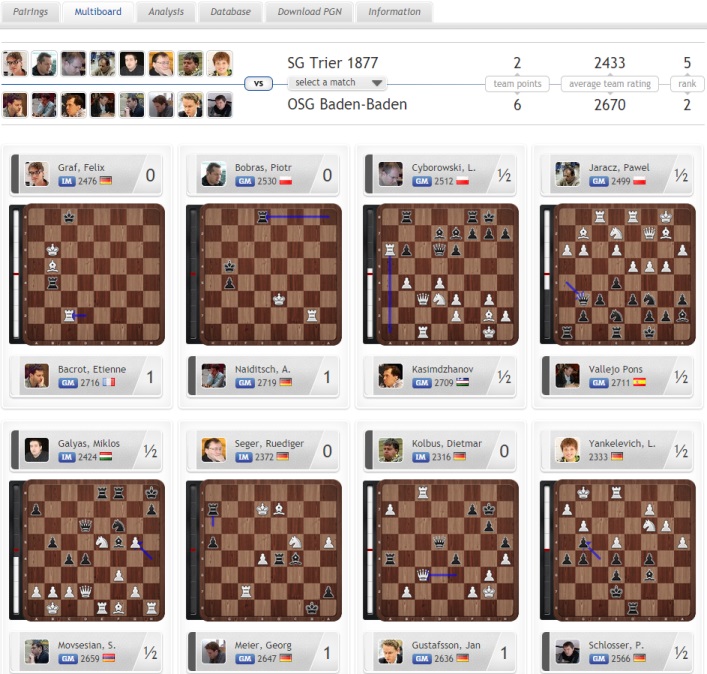 Of course you can also use the selector to switch between matches.

That only leaves the schedule, which you can find in the new Information tab. 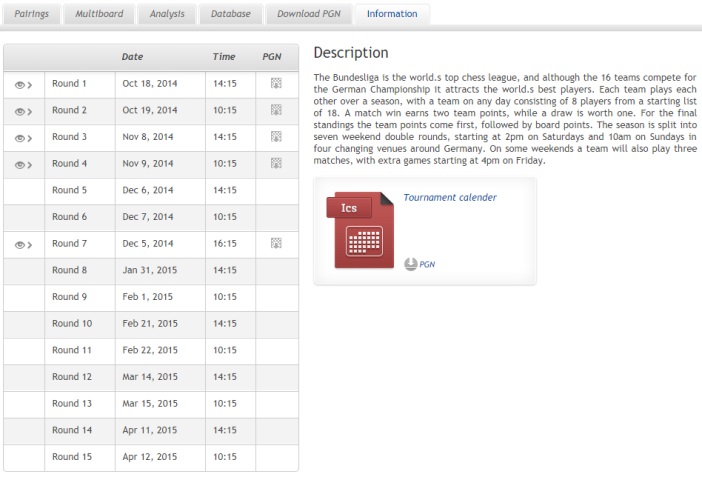 Round 7 looks somewhat mysterious, but it’s all about the problem of how you fit 15 rounds (each team plays each other team) into seven weekends. In previous years there was a final meeting of all teams over three days, but this year instead “Round 7” is being played gradually over the year, with different teams having 3-day instead of 2-day weekends.

Of course that makes a mess of the league table and adds a healthy dose of confusion, but once again – it’s best to forget about the league system and enjoy the chess! At the time of publication you can already watch three matches and 24 games live, while eight matches and 64 games will be live on Saturday from 14:15 (there’s a 15-minute anti-cheating delay in the broadcast) and Sunday from 10:15.