The Wei Yi show in Danzhou

Wei Yi is the sole leader after three rounds of the Danzhou Super-GM tournament on 2.5/3. He beat Lu Shanglei fast on the black side of the Sicilian and then won a spectacular encounter with Ruslan Ponomariov where he sacrificed pawn after pawn to allow a rook to maraud around the board. The only other player to win a game is the Chinese no. 1 and world Top 10 player Ding Liren, who also defeated Lu Shanglei. 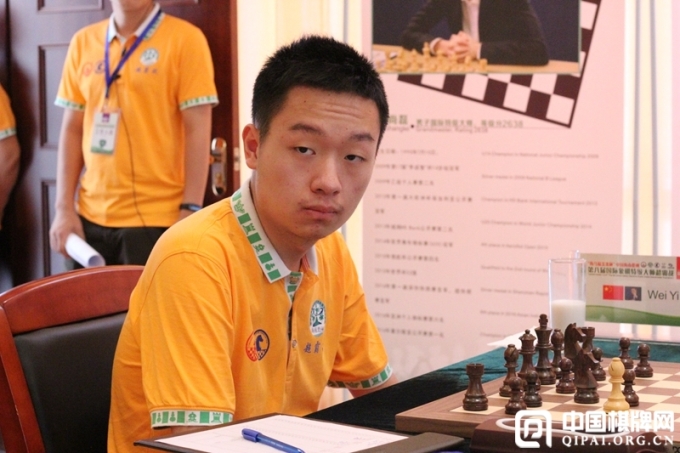 The Danzhou Super-GM tournament is now in its 8th edition and is continuing the tradition of inviting five of the top Chinese players and pitting them against some star names from the rest of the world. 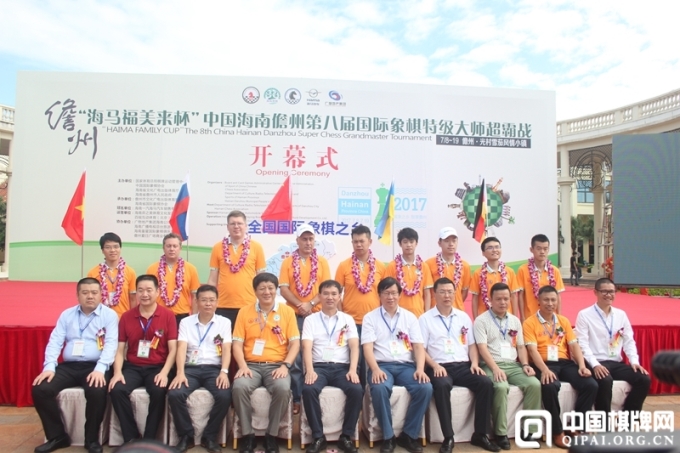 All the players but Ruslan Ponomariov at the opening ceremony - he was feeling unwell and his 1st round game with Le Quang Liem was delayed four hours | photo: qipai.org.cn

The tournament has some of the toughest anti-draw rules you’ll ever witness – no draw offers are allowed (only theoretical draws or with the agreement of the arbiter), while if the players draw by repetition within 15 moves they have to start the game again. If they draw by repetition in 15 moves again both players lose! Nevertheless, we’ve only seen three wins in 15 games:

So far it’s all been about Wei Yi, the 18-year-old Chinese prodigy who celebrated the most stunning moment of his career so far in the same Danzhou, two years ago, when he won an instant classic against Lazaro Bruzon:

Wei Yi hit 2700 at a younger age than Magnus Carlsen and was already rated 2724 when he played the game above. His climb since then hasn’t been quite so dramatic, but he’s currently up to 2746 and world no. 17 on the live rating list and – which is bad news for his elite rivals - there’s evidence he’s becoming a more and more all-round player. 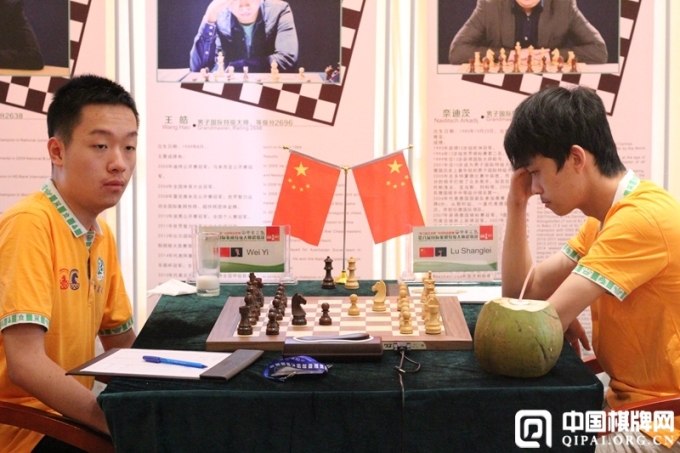 Before this game 22-year-old Lu Shanglei had a plus score against his younger rival | photo: qipai.org.cn

His first victim in Danzhou was a local player, Lu Shanglei, who played a rare variation of the 3.Bb5 Sicilian. Things fell apart when he tempted Wei Yi into a queen sortie with 21.Ne2?!

Wei Yi saw no ghosts and after 21…Qb2! he simply picked up the pawns on a3 and b4. Lu Shanglei then went for a desperate drawing attempt with 25.Nf5+...

In Round 2 Wei Yi played Black against Vassily Ivanchuk and, after sharp play in the opening, found himself defending a passive position with an isolated d-pawn. In the past this type of technical task might have been considered Wei Yi’s weakness, but he didn’t waver for a second and held a draw in 44 moves. 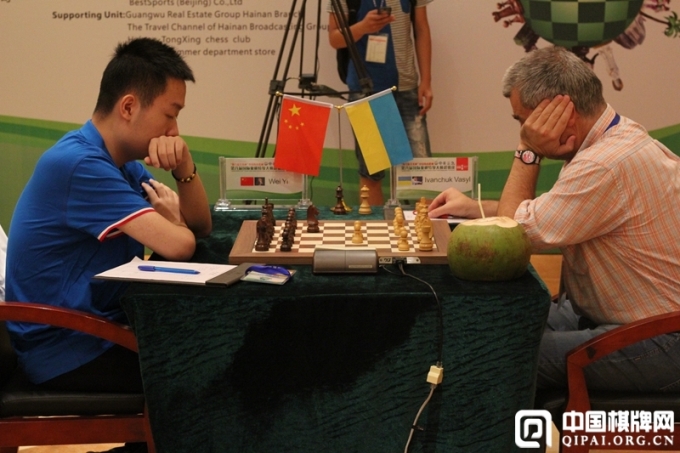 And people complain about putting bottles of water on the table by the players... | photo: qipai.org.cn

After two games with Black he gained the white pieces against Ruslan Ponomariov and really let loose. 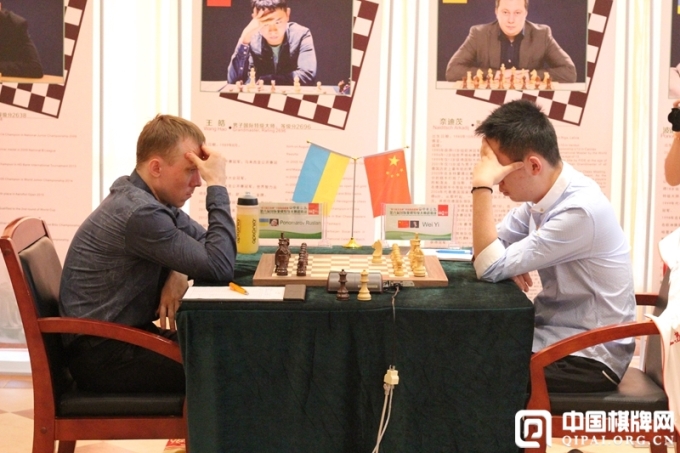 1.Nf3 was already food for thought for Ruslan | photo: qipai.org.cn

Search for Wei Yi, with White, in our Database tab with the starting position on the board, click "As Opening Tree" and you can see what a 1.e4 specialist Wei Yi has been, at least until now!

The opening saw Black hold onto the c-pawn by capturing a knight on a3, to reach an unbalanced position Evgenij Miroshnichenko is the highest rated player to have had with White:

This is where the theme of the game is revealed, however, since Wei Yi began with 10.e4! and then would later sacrifice pawns with 14.d4!? and 17.g4!?, all to clear a path for the rook to both reach the kingside and attack the black king:

The computer isn’t convinced that White’s initiative is worth two pawns, but Wei Yi continued his theme, with 22.Rg5!? beginning a new odyssey of the rook:

Then after 29…Ke7 the rook made it to the 8th rank with 30.Rbb8 and fittingly, in the final position ten moves later, it’s that same rook that began its life on a1 that is dominating the board:

A beautiful game that deserves much deeper analysis! 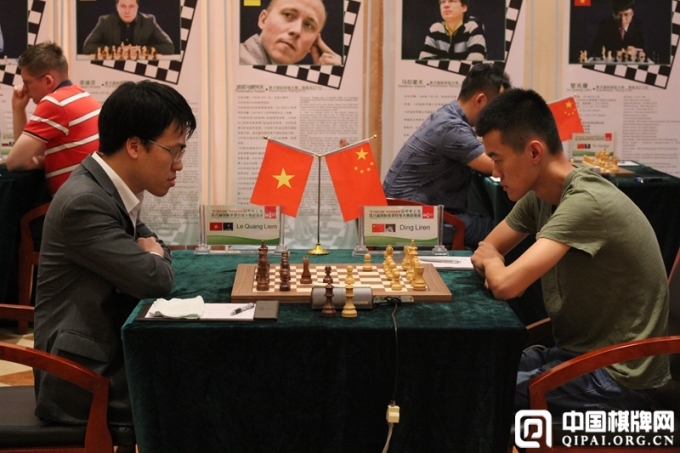 The only other player whose games have been as full of incident is Ding Liren, who survived by the skin of his teeth against Le Quang Liem in Round 2:

The Vietnamese no. 1 had just missed a chance to give up his queen for what should have been a winning, if scary position. Here, though, Ding Liren was able to save the game with 37.Rxe5! Qxe5 38.Qg6+ Kf8 39.Rxh8+ Qxh8 40.Qf5+ and perpetual check. 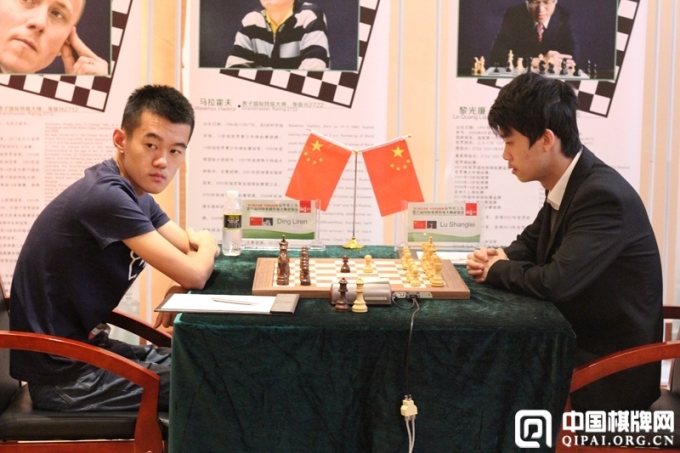 Ding Liren is the only player other than Wei Yi to have won a game so far | photo: qipai.org.cn

Then in Round 3 Ding Liren got what looked like a tricky to convert queen and rook ending a pawn up vs. Lu Shanglei. It hasn’t been Shanglei’s tournament so far, though, and he went on to fall into a mating net only a few moves later. 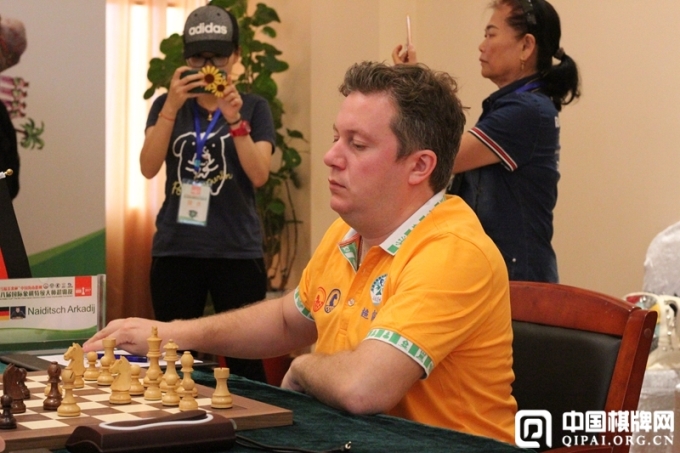 Some exceptions were made to the no mobile phones rule... | photo: qipai.org.cn

That leaves the standings after 3 rounds as follows:

The games are live each day from 08:30 CEST here on chess24. You can also follow the games in our free mobile apps: