Magnus Carlsen and Jan-Krzysztof Duda are in Banter Blitz Cup action this week, with the two young stars potentially on a collision course for the $14,000 final, though the likes of Alireza Firouzja and Leinier Dominguez may still have something to say about that! Elsewhere it’s the week before the Candidates, with players, fans and officials keeping a nervous eye on the spread of the coronavirus. A ban on gatherings of over 100 people is threatening to end the World Senior Championship early, though the organisers hope to get around the ban. 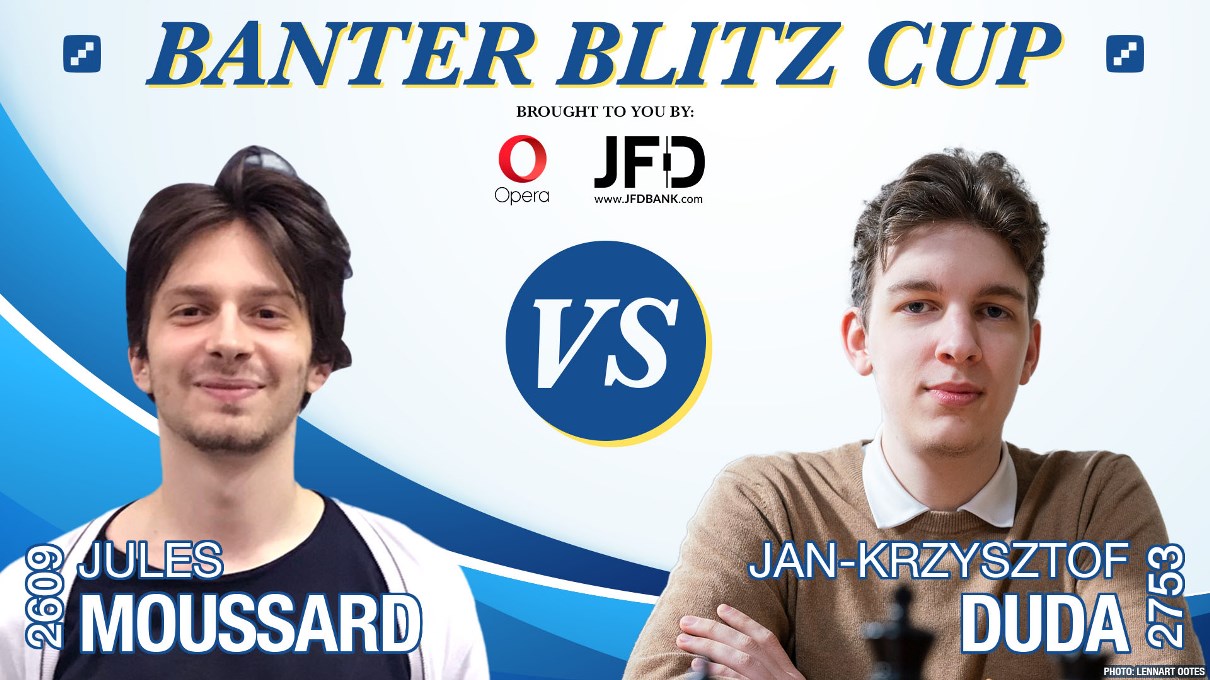 Let’s take a look at what’s coming up in chess this week:

The wave of cancellations and postponements as a result of the coronavirus has increased the importance of online events, and the Banter Blitz Cup is closing in on the final stages. Over the next three days we have some big matches (click on a name to watch the player stream):

21-year-old Jan-Krzysztof Duda is only in Round 2, but the Polish 2018 World Blitz Championship runner-up has a road-map ahead of him. If he beats French GMs Jules Moussard, then Romain Edouard, then German GM Georg Meier, he’ll likely face a quarterfinal showdown against 16-year-old Alireza Firouzja, who was merciless as he brushed aside Laurent Fressinet in Round 3:

Duda-Firouzja can only happen if Firouzja goes on to beat the winner of today’s other match, Shimanov vs. Bluebaum. Russian GM Aleksandr Shimanov is lower-rated than German no. 3 Matthias Bluebaum, but if anyone witnessed how impressive Shimanov was with a touchpad against Paco Vallejo you wonder just how good he can be with a mouse!

Duda won his first match against chess24’s Head of Spanish IM David Martinez 8.5:0.5, while Jules Moussard played the most epic match of the whole tournament so far. It was tied after 16 games, then after two more pairs of 3-minute games, and in the end it took four pairs of 1-minute games to produce a winner!

All the matches other than Duda’s and Shimanov's are for a place in the quarterfinals, with at least $2,000 on the line for the winner, while the loser is already guaranteed $800. On Tuesday a certain World Chess Champion Magnus Carlsen is in action, taking on 4-time Bulgarian Champion and long-time second of Veselin Topalov Ivan Cheparinov. 33-year-old Cheparinov has been rated as high as 2718 and has scored wins over GMs Toms Kantans, Alexander Moiseenko and Ivan Saric. Magnus will be another level of opposition, however. 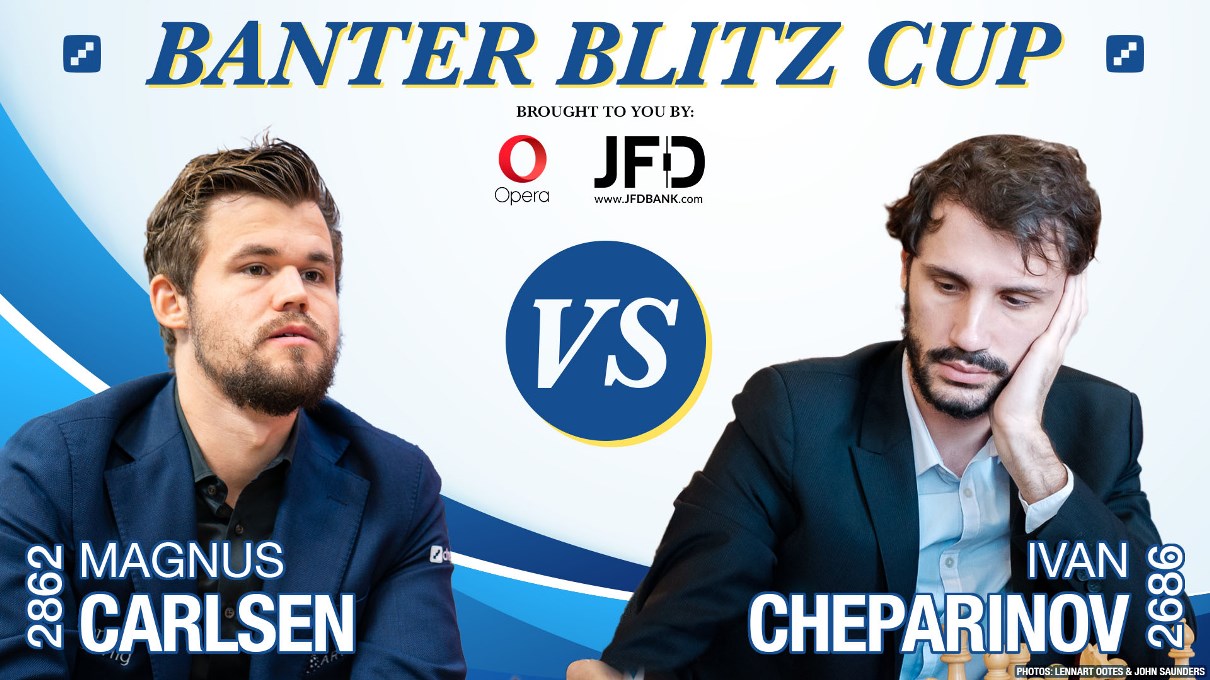 The Banter Blitz Cup is brought to you by:

In Round 3 he got off to a shaky start, technically and on the chessboard, with two losses in a row (on time in won positions) before going on to win 7 of the next 11 games, despite another issue:

Distractions this time round might include the Fantasy Premier League, since Magnus, who was briefly no. 1 out of over 7 million players earlier this year, is now flying high again!

The quarterfinal opponent for Carlsen or Cheparinov will be either Swedish no. 1 Nils Grandelius or Azerbaijan’s Nijat Abasov, who play on Thursday. It’s much too early for predictions, but we’re still on course for a potential Carlsen vs. Duda/Firouzja final!

Here’s the current line-up for other chess24 shows in English this week, including a lot of Hammertime! We’ll update this line-up as new events are added:

The Nutcracker Battle of the Generations ended in Moscow, and while the “Kings” beat the “Princes”, with Evgeny Tomashevsky the overall top scorer and Boris Gelfand the top scorer in rapid chess, the main story was the continued rise of 17-year-old Andrey Esipenko. His great year continued with classical wins over Boris Gelfand and Evgeny Najer seeing him gain 10.3 rating points to climb to 2682.3 and world no. 49. When it comes to age and achievements in the Top 100 he’s the one player who currently has Alireza Firouzja in his sights. 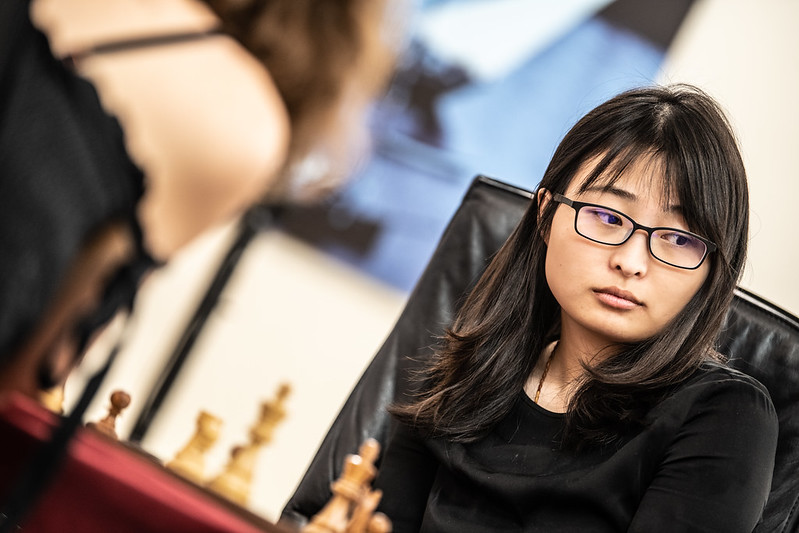 The FIDE Women’s Grand Prix continues in Lausanne with Russia’s Aleksandra Goryachkina and Alina Kashlinskaya leading on 4.5/7 with an unbeaten +2. They’ve both defeated Alexandra Kosteniuk, who’s suffered four losses and is languishing in bottom place. Women’s World Champion Ju Wenjun is also on -1 after her loss to Harika Dronavalli, but she could have a big impact on the tournament as she faces the two leaders in the final rounds.

The main story, perhaps, is how the coronavirus spread is threatening to freeze chess life over the next few months. Big opens are dropping like flies and with the Candidates we’ve seen that not even small elite events are safe, but in terms of risks the World Senior Championship in Prague stands out: holding a mass participation event with players in age groups where the virus risk rises significantly. As the tournament began the Czech Republic was relatively untouched, but now with still only 40 cases confirmed the government has banned all gatherings of over 100 people from 18:00 today. From tomorrow all schools and universities will be shut. 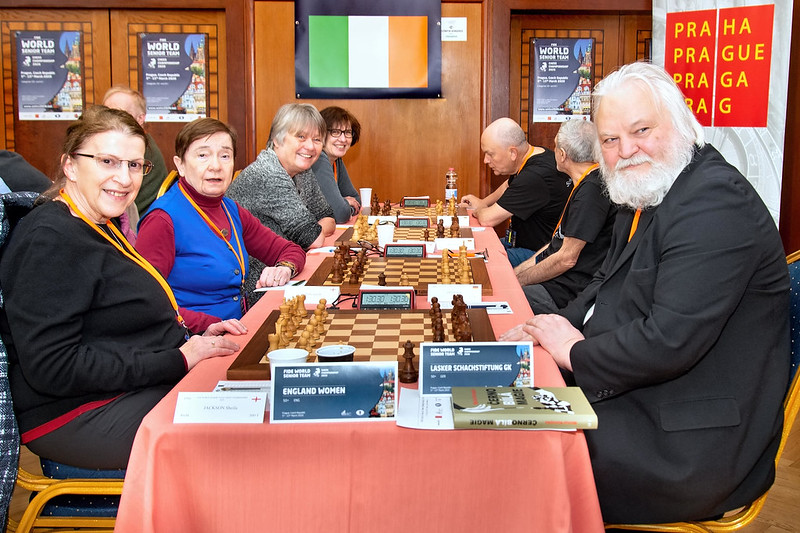 The legendary Artur Jussupow is one of the players in action in Prague | photo: Vladimir Jagr, FIDE

The choice to play or not ultimately belongs to the players (unless the government steps in and it doesn’t), but it’s one story where we can expect developments. If the games go on you can watch them here: Over 50 | Over 65

Check out everything else that’s happening here on chess24 on our Live Shows and Events page.