52-year-old chess legend Vishy Anand continued to dominate in Warsaw on Day 2 of the Superbet Rapid and Blitz as he raced to a perfect 10/10 start with thumping wins over Kirill Shevchenko and Levon Aronian. Only local hero Jan-Krzysztof Duda managed to hold the 5-time World Champion to a draw, leaving Vishy two points clear of Richard Rapport, who won all three games on Friday. 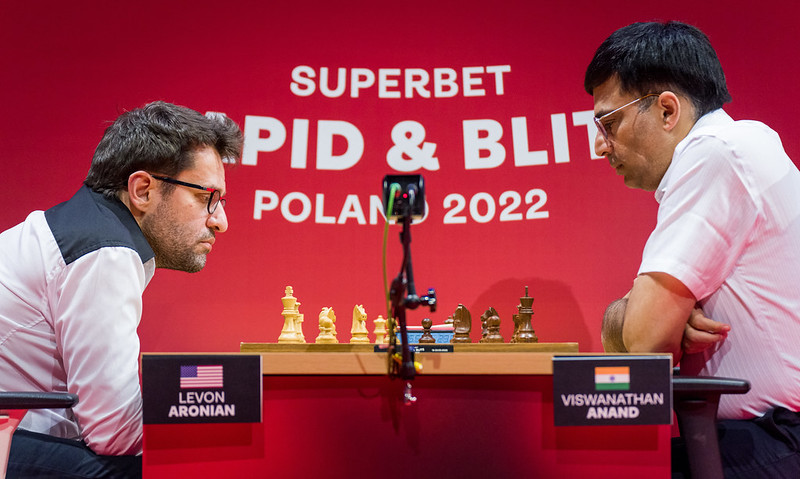 19-year-old Ukrainian Grandmaster Kirill Shevchenko showed absolutely no lack of ambition as he sacrificed first his d-pawn, then his e-pawn against Vishy in Round 4.

Vishy called the move "uncalled" for, however, with Peter Svidler feeling Kirill perhaps planned to meet 17.Qxe4 with 17...Nxd5!? 18.0-0-0 Nxc3!, generating threats against the white king. The attacking chances wouldn't have been great, but after Kirill seemed to have seconds thoughts and went for the tame 17...Re8!? Vishy was happy with the way he retained almost complete control for the remainder of the game.

Up next was a player Vishy has struggled against at times over his long career, Levon Aronian. Levon had been celebrating the day before. 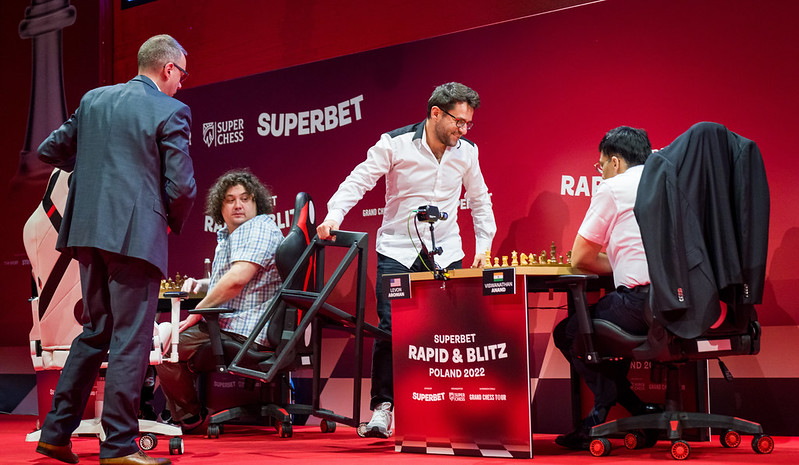 There was nothing to celebrate against Vishy, however, as Levon's Bishop's Opening, 1.e4 e5 2.Bc4 suddenly collapsed. It all turned on move 16. 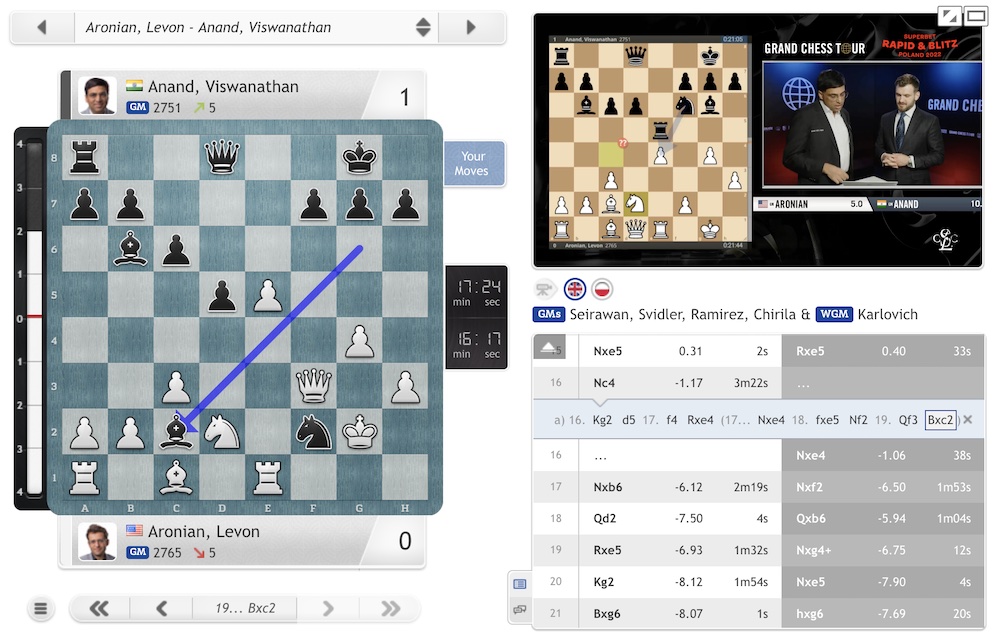 In fact here 20.Rf1! is an only move — but close to winning for White. Suddenly the f7-point becomes a target.

After 17.Bxe4 resistance was still possible, but Levon was in free fall and played 17.Nxb6?, allowing Vishy the killer blow 17...Nxf2!

18.Kxf2 Qh4+! would have been brutal, but barely less brutal than 18.Qd2 Qxb6 in the game. Levon could have resigned on the spot, but struggled on for another six moves before throwing in the towel. Vishy was proud of his 5-game winning streak, but felt the last game had shown generosity from his opponent.

In the last round of the day Vishy faced Polish no. 1 Jan-Krzysztof Duda, who had had a mixed day. 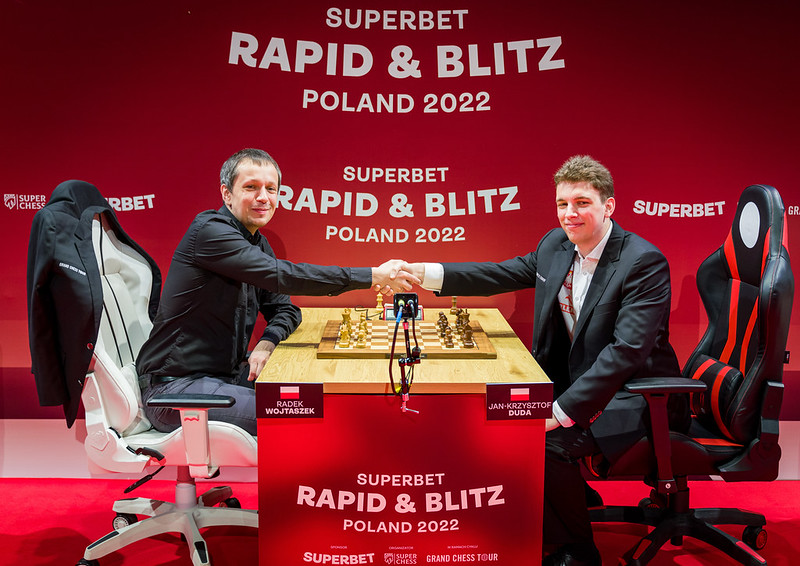 Jan-Krzysztof first won a fierce encounter against his Polish colleague Radek Wojatszek, but then suffered an opening disaster and went on to lose against Wesley So.

Vishy could have been forgiven for playing for a solid draw, but when Jan-Krzysztof chose the French, Vishy went for a line where he sacrificed the exchange.

What followed was a beautiful game that seems to have been very well played by both players, with the balance never seriously upset.

That left Vishy four points ahead of Duda and Wesley So, with only Richard Rapport, who took down David Gavrilescu, Fabiano Caruana and Anton Korobov, within two points.


There could be fun ahead on Saturday, since we have Rapport-Anand in the final round of the rapid (the crosstable below will update as new games are played).

There's one more day of rapid chess to go, before the final two days will feature 18 rounds of blitz. Follow all the Superbet Rapid & Blitz action live here on chess24 from 14:00 CEST.