The Tal Memorial is back 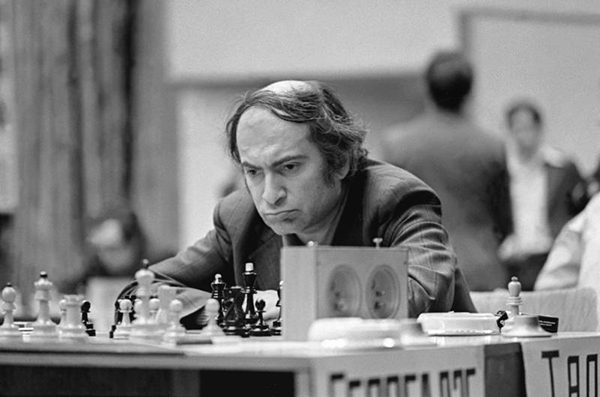 Ex-World Champions Vladimir Kramnik and Vishy Anand head an illustrious field for the 10th edition of the Tal Memorial, which starts with a blitz tournament this Sunday. The main event is back to its classical ten-player round-robin format, with Levon Aronian among the favourites, while Peter Svidler will carry chess24 hopes and may win you free months of Premium Membership!

In 2006 the Tal Memorial pioneered the format of picking ten of the world’s very best players to fight it out over nine rounds. That’s since been picked up by the likes of Norway Chess and Shamkir Chess and become the supertournament standard adopted by the Grand Chess Tour. For eight consecutive years from 2006-2013 the Tal Memorial staked a claim to be the world’s top chess tournament, but in 2014 the name was given to a blitz event held during the Carlsen-Anand match in Sochi, while in 2015 it didn’t take place at all. Now it’s back!

The tournament is taking place in Moscow’s new Museum of Russian Impressionism as part of the Chess in Museums programme organised by the Russian Chess Federation and the Timchenko Foundation.

The tournament's major sponsor is Avtodor (the Russian Highways State Company), but you might also spot PhosAgro and EG Capital, the two Russian companies named so far as sponsors of the New York Carlsen-Karjakin World Championship match

It starts with an opening press conference on Sunday 25 September that will be followed by 9 rounds of 3+2 minute blitz to determine the pairings (and who gets the benefit of more games with the white pieces). You can of course follow all the action LIVE on chess24 (from about 18:00 CEST), with video and commentary in English by Evgenij Miroshnichenko, or in Russian by Sergey Shipov. The main tournament will then start on Monday at 14:00 CEST.

With Caruana, Nakamura and So playing in the Isle of Man Open from 3 October, while Carlsen and Karjakin have a little match in New York to get ready for, the 2016 Tal Memorial is heavily weighted towards experience. Let’s take the players in order of their age:

Vladimir Kramnik is the only player in this group who played the Olympiad, and although bronze medals were another disappointment for Team Russia, Vlad was in sparkling form as he won five games, drew three and regained the world no. 2 spot on the live rating list. If he maintains that form he’ll be favourite to win a third Tal Memorial trophy, after finishing as the sole winner in 2007 and 2009. 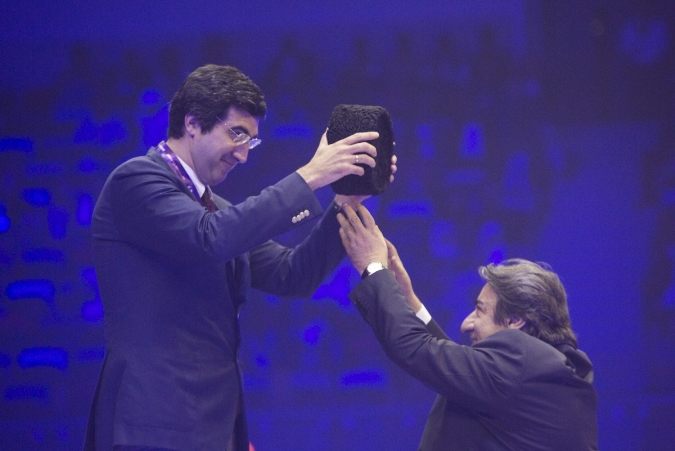 Kramnik gets a hat after taking the gold medal on board 2 at the Olympiad | photo: Maria Emelianova, Baku Chess Olympiad

Vishy Anand and Boris Gelfand will be fresher, though, and both have warm memories of Moscow – they of course played their World Championship match there in 2012, while Gelfand had one of the best round-robin tournament wins of his career in the last full Tal Memorial in 2013. 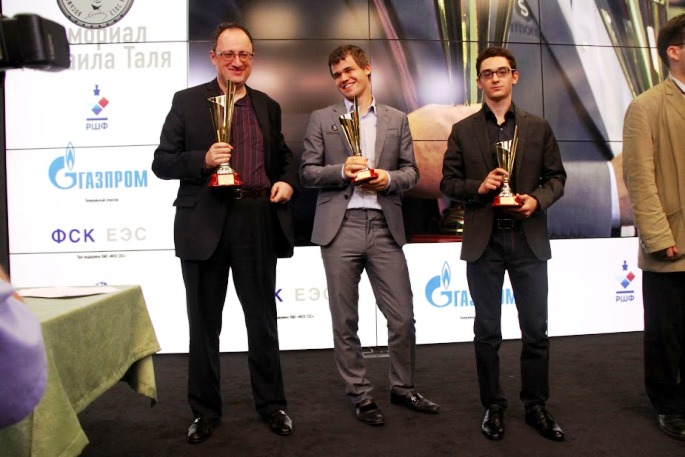 Vishy’s road to the top began in the Mikhail Tal Chess Club in Chennai, but he’s never won the Tal Memorial – could this be his year?


Peter Svidler is the world’s most accessible supergrandmaster and warmed up for the blitz in Moscow on Sunday by playing three hours (!) of Banter Blitz here on chess24 from his St. Petersburg home on Friday:

We’ll be watching Svidler even more closely than usual, since for every win in a classical game by the 7-time Russian Champion we’re giving away free months of chess24 Premium Membership! Simply take out a 1-year ($99), 2-year ($169) or 3-year ($239) membership between now and the end of the tournament and for every win by Svidler we’ll add a free month for each year of membership (so e.g. if you took out a 3-year membership and Svidler won 3 games you’d get an extra 9 months). 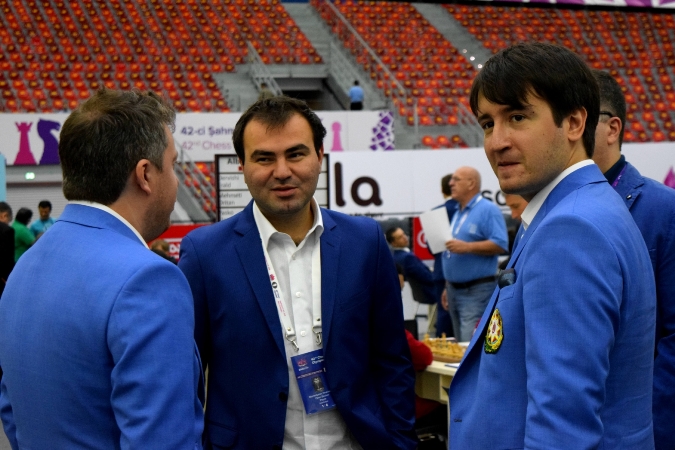 Levon Aronian has tied for first place in the Tal Memorial a record three times (2006, 2010, 2011), and been declared the winner twice. In 2010 that was bitter for Shakhriyar Mamedyarov, who played the tournament of his life until a last round loss to Gelfand saw him finish level with Aronian and Karjakin and get knocked down to third place on tiebreaks.

The tournament comes after disappointing Olympiads for both players. Aronian of course missed out completely since Armenia chose not to play in Azerbaijan, while Mamedyarov’s respectable score nevertheless followed the trajectory of a team that cracked under the pressure of playing at home:  first four wins, then a loss to Harikrishna, then five draws.

Any supertournament invitation is a big deal for these players, who are all still fighting to establish themselves among the elite. They all had eventful Olympiads. Reigning Russian Champion Evgeny Tomashevsky only lost one (critical) game, but didn’t provide the boost the Russian team needed against lower-rated opponents, while the return of Li Chao to the Chinese team ended badly for everyone, with three losses in his last three games. Only Ian Nepomniachtchi emerged with credit, after a blistering 7/7 start. Ian was born in the same year as Magnus Carlsen but has so far failed to fulfil his early promise. An event like the Tal Memorial is a chance to put that right, since as Svidler noted in his recent Q&A session, Nepo’s potential is huge if he can really focus on his chess.

Nepomniachtchi has some good memories of the Tal Memorial - here beating Kramnik in Round 1 in 2011 | photo: Russian Chess Federation (via ChessVibes)

It’s curious to find such a super-tournament veteran as Anish Giri in a tournament where he’s not only making his debut (along with Li Chao), but four years younger than any of his opponents. For Anish the Tal Memorial will likely be the last event before he becomes a father, but if he can focus on the chess he’ll be out to bounce back after a difficult period. He posted three losses, no wins and last place in both the Bilbao Masters and the Sinquefield Cup, while the optimism of three wins at the start of the Olympiad was dissipated after he drew his remaining eight games. That shouldn’t fool anyone, though – Giri is likely to be a very tough opponent in Moscow!

That’s not all the chess action around, though. After a very brief post-Olympiad lull we have the World Youth Championship, the Baku Open and an explosion of team events: the Chinese, Polish, Serbian and Georgian leagues are all live now, while the Spanish Team Championship starts on Monday and features Harikrishna, Inarkiev, Radjabov, Dominguez, Rapport and Vallejo, to mention just 2700+ players. Check out all the events on our Live Tournaments page!