The strongest tournament ever?

The World Rapid and Blitz Championships start on Monday in Dubai, in what’s set to be the strongest Swiss tournament in history. Without the steep drop off in ratings that usually characterises such events we can expect a truly wonderful spectacle, and chess24 author and Spanish no. 1 Paco Vallejo has sent us some photos from the scene! 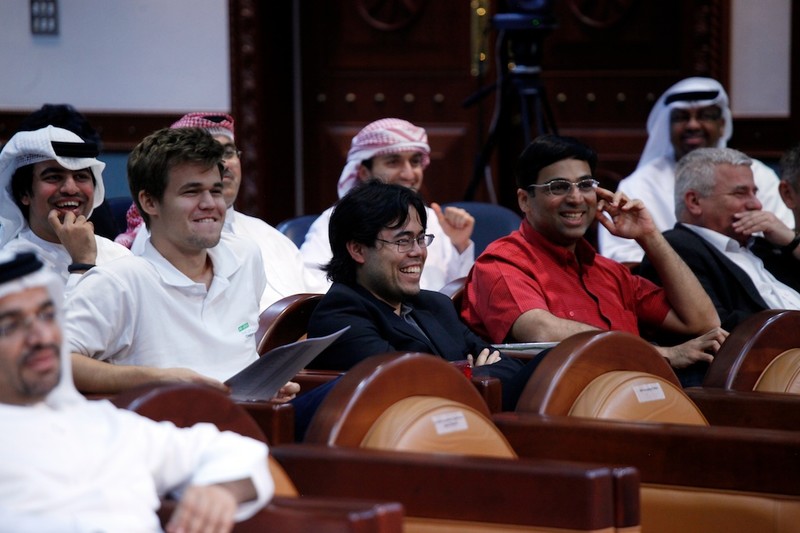 The list of those signed up really is impressive:

And so on until the list ends with number 122. The regulations specify that a player should be rated higher than 2500 on one of the lists, although eventually the organisers allowed 22 players rated lower than that to play.

We covered some of the main storylines of the event in a previous article entitled: Carlsen trails Nakamura in rapid and blitz. World Champion Magnus Carlsen is on a mission to prove that his official ranking of world no. 4 in rapid and blitz (and Nakamura’s no. 1 in both) is nonsense, while he’s also vowed to try and achieve the “triple crown” of holding the World Championship simultaneously in classical, rapid and blitz chess. We’ll also have the chance to see how Viswanathan Anand fares in the run-up to his match against Carlsen in November. 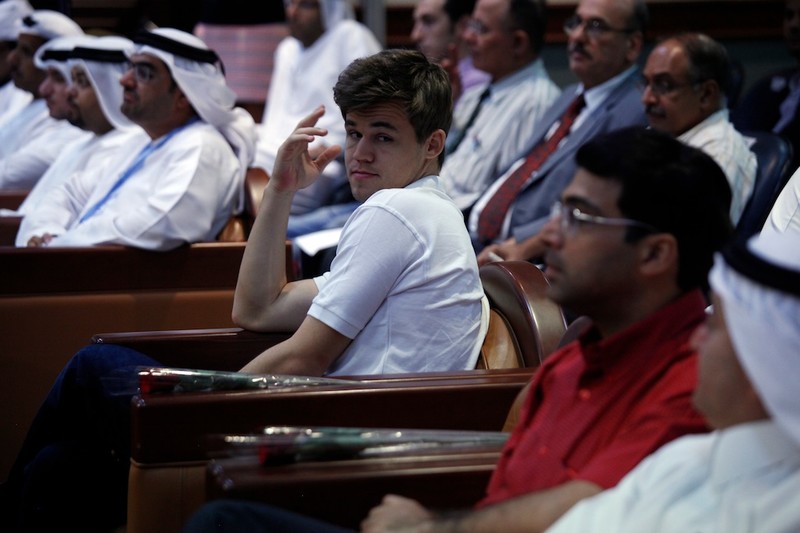 How will any games between Carlsen and Anand affect their mood going into the World Championship rematch? | photo: official website

Of course those are only a small number of the possible storylines given the depth of the field, with a strong possibility that at least one much lesser-known player will make an impact.

Meanwhile, for a behind-the-scenes glimpse of the event, we turn to the Spanish contingent, since Spain’s Top 3 players – Paco Vallejo, David Antón and Iván Salgado – are all both playing in the event and chess24 authors.

Paco sent us some photos from the opening ceremony: 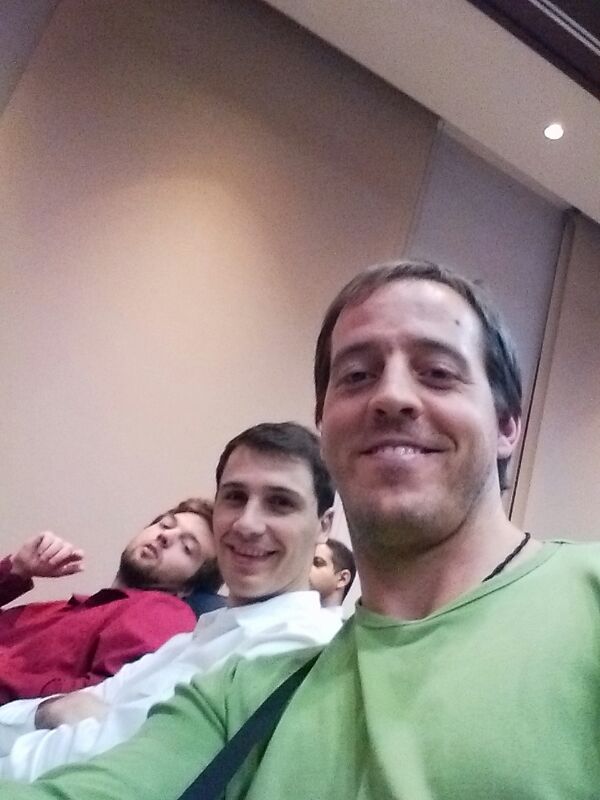 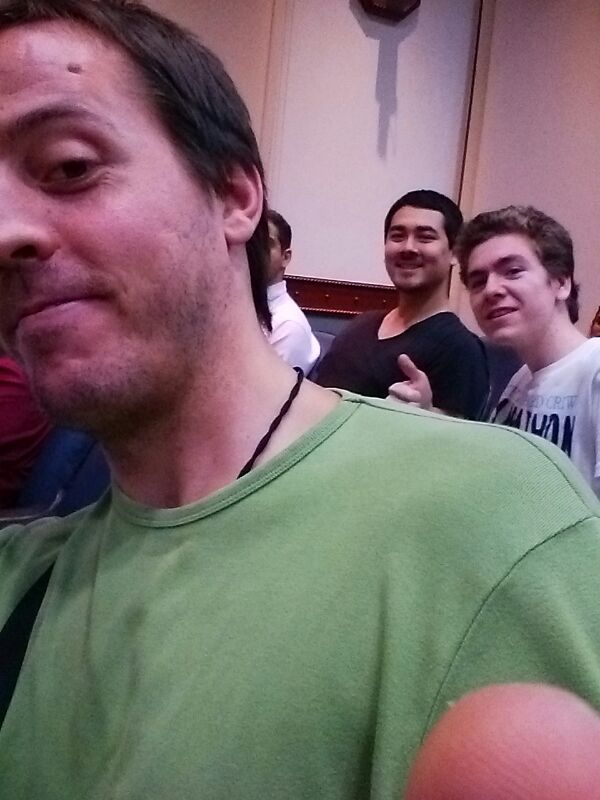 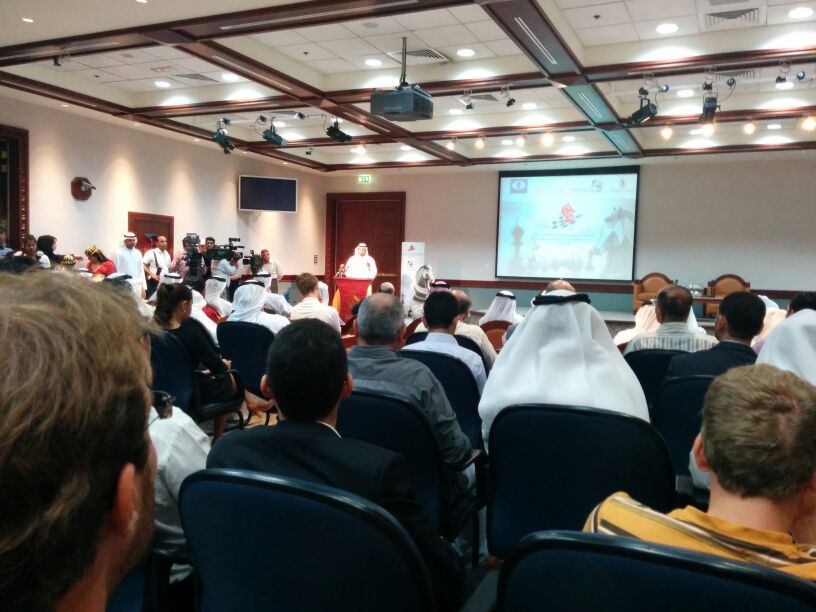 The Spanish number 1, with all his tournament experience, must be pretty jaded when it comes to such ceremonies, and instead seemed to focus his attention on other organisational details:

Paco is concerned about the competition Anastasiya Karlovich, the usual FIDE press officer, might face in Dubai. 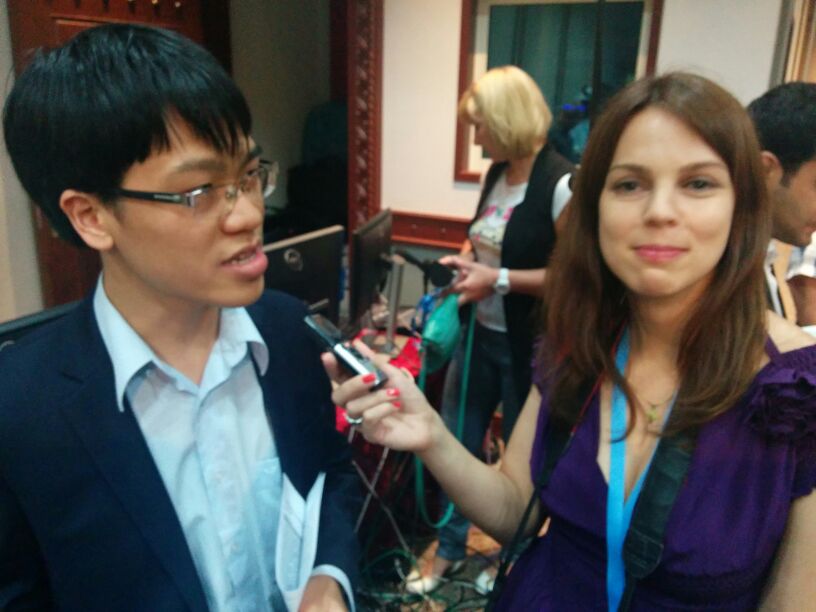 In addition to his invaluable photographic assistance, we know that Paco is looking forward to the event with great enthusiasm and has been training in Dubai specifically for the tournament.

Paco Vallejo: "Eager to play the strongest tournament in history in Dubai"

Young Spanish talents Antón and Salgado also trained specifically for this tournament on the balcony of the flat of your humble servant, taking advantage of some fine Madrid weather. 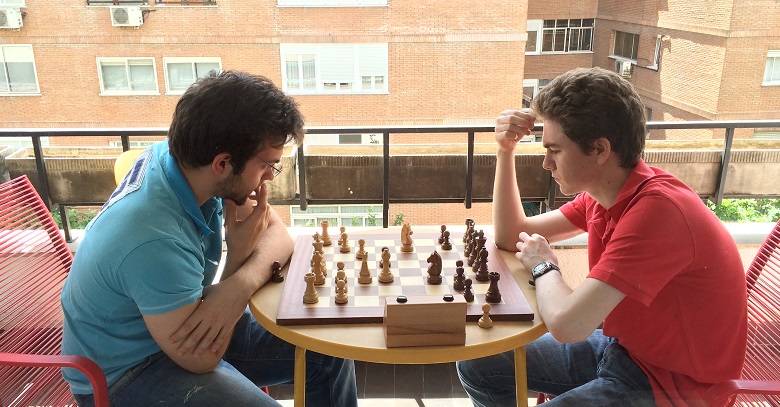 International chess activity in the United Arab Emirates is going from strength to strength since the organisation of the World Junior Championship in late 2013. It seems as though they’re doing their very best to ensure the success of the championships, as we can see from the promotional video and some images Anastasiya Karlovich has shared on Twitter.