The Last of the Old Romantics

As Valentine’s weekend approaches, so too does the latest batch of Chessable courses in the big sale. 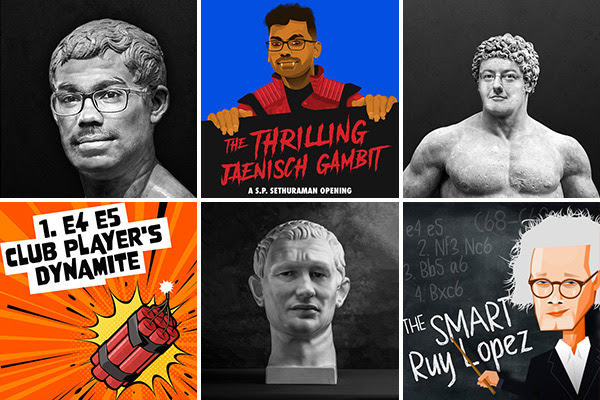 What advice can we give ahead of the big weekend?

Perhaps it will be something Rekindled; in this case, The Vienna Game.

Or maybe it is time for a little Understanding…the Ruy Lopez/Italian Structures.

The more ambitious may prefer to seek out The Dynamic Italian, or even the Harmonious French. However, if you prefer this course then you must be prepared to accept the risk.

Traditionalists may pine for the old days, when romantic chess openings were still in vogue and heads were turned by the boldness of a chess player opening with 1.e4 e5 2.f4.

Time now to head back into chess history for a look at one of the wildest and most romantic of all King’s Gambit variations.

According to IM Christof Sielecki in his course Fight 1.e4 like Caruana: ‘This move just does not work against best play.’

White positively welcomes the check on h4 and Black accepts the kind offer.

Well, what a spoilsport. There is no romance there, after all.

Here is a game showing Steinitz winning quickly with his own romantic opening. His king goes on an early excursion and tactics abound. Yet this was not merely an offhand game, where the result wasn’t going to matter very much. This was Game One of the first official match for the World Chess Championship, where the result certainly did matter!

This all looks very risky. White’s premise is based on the idea that the Black queen will eventually lose time by being chased around and this will allow White to race ahead in terms of development. White also enjoys strength in the centre, thanks to his advanced pawns.

Tempting, but 9…Bd6 is stronger. Chigorin played this way against Steinitz in the London tournament of 1883 and won after 30 moves. Zukertort was there; he won the tournament, ahead of Steinitz!

The immediate point is that 10.dxc6 gxh2 leaves the white king in a perilous position, without any pawn protection at all. The g1-knight is in trouble too; 11.Nf3 loses instantly to 11…Qg3 or 11…Bh3 checkmate.

Steinitz now declines the exchange of queens to start his own attack and leave the black queen exposed, as a target.

Limbering up for Rh4 without allowing …Nxc2.

White to Play and Win

Zukertort has been completely outplayed and this move hastens the end. He had to to try 15…Kf7 or 15…Kd8 but both of his royal pieces would remain in trouble.

A big win for Steinitz, which should have given him confidence at the start of the match. However, he now proceeded to lose four games in a row. The romantic path is never a smooth one to take, but Steinitz went on to dominate the rest of the match to take the title.

Ah, memories of a simpler, more romantic time. A time before cards and flowers were unceremoniously replaced by texts and emojis; a time when I could read my own writing.

Never mind all the sophisticated chess openings, offering lengthy ponderous manoeuvres. 1.e4 is where the action is - and that is what today's sale is all about.

Go on - dare to be different. Maybe YOU will be the last of the old romantics?