The $1.5 million Champions Chess Tour kicks off on Sunday with the first event, The Skilling Open, featuring 16 of the world's top chess stars.

The event will have commentary in 8 languages, with 4 broadcasts in English. For the first time, one of them includes a state-of-the-art live studio in Oslo! 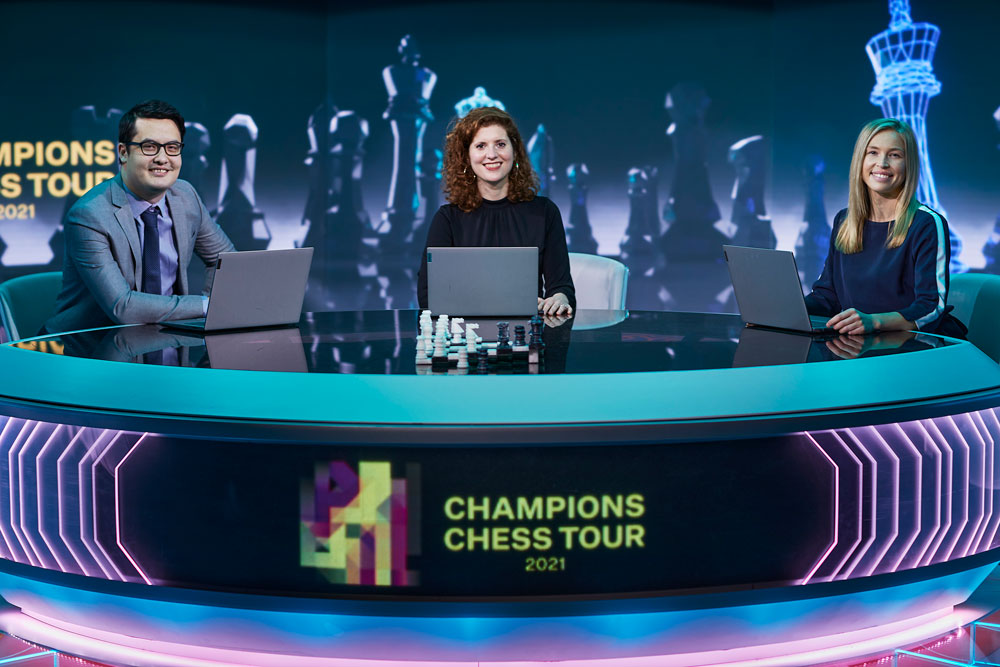 There will be four different broadcasts in English, all starting at 17.45 CET:

As usual, there will also be separate broadcasts in other languages such as Spanish, French, German, Italian, Russian, Turkish and Portuguese.

For the Champions Chess Tour, chess24 will be taking chess broadcasts to a completely new level. Not only will we have our regular shows with world-class commentators providing commentary for keen chess fans around the world, but we will also be running a brand new broadcast targeting a new audience. 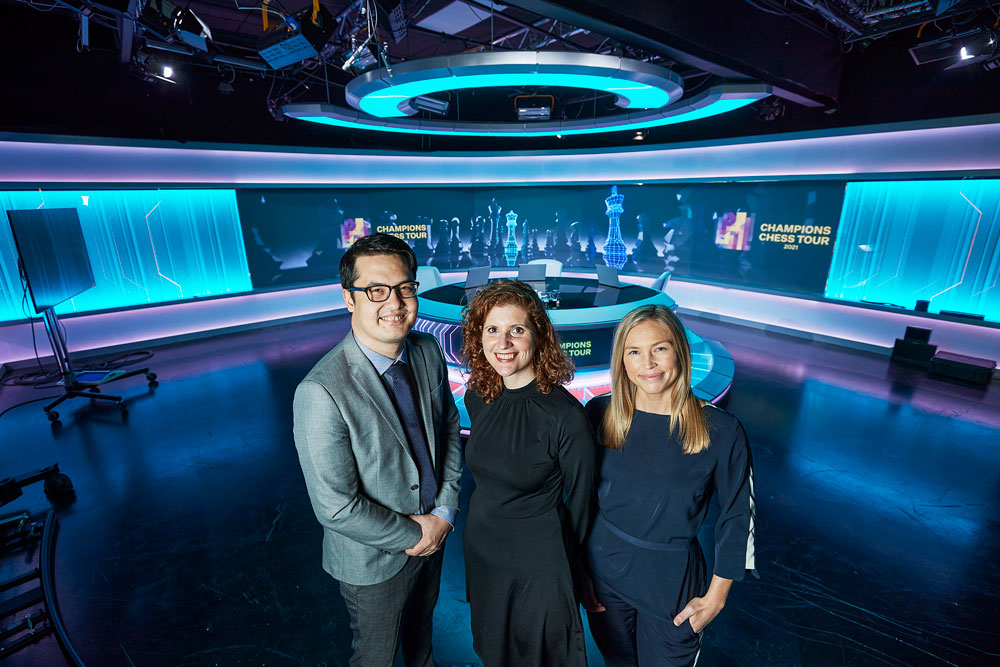 The historic broadcast will be hosted from Oslo by Kaja Snare, who gained extensive experience working as a reporter for the 2016 World Championship match in New York, and also worked on chess broadcasts and as a sports reporter for Norwegian TV channels NRK and TV 2. She will be joined by 3-time British Champion David Howell and 9-time British Women's Champion Jovanka Houska.

David Howell was interviewed by Fiona from his quarantine in Oslo!

Tour Director Arne Horvei said the goal is to make chess interesting and exciting entertainment for millions of potential viewers with only basic chess skills.

The Champions Chess Tour will be the first time the world’s best chess player is determined over a full competitive season of online chess. This Tour will not only reinvent the sport, it will also reinvent how chess is broadcast to a wide audience.

In Norway chess is well established as a TV sport. We are building on this knowledge and producing a broadcast never before seen in international chess. We truly believe chess has a great potential to attract a dedicated, global audience with a production that highlights the excitement, the time trouble, the genius moves, and the inevitable blunders.

Kaja already filmed interviews with players that will be aired during the various broadcasts. 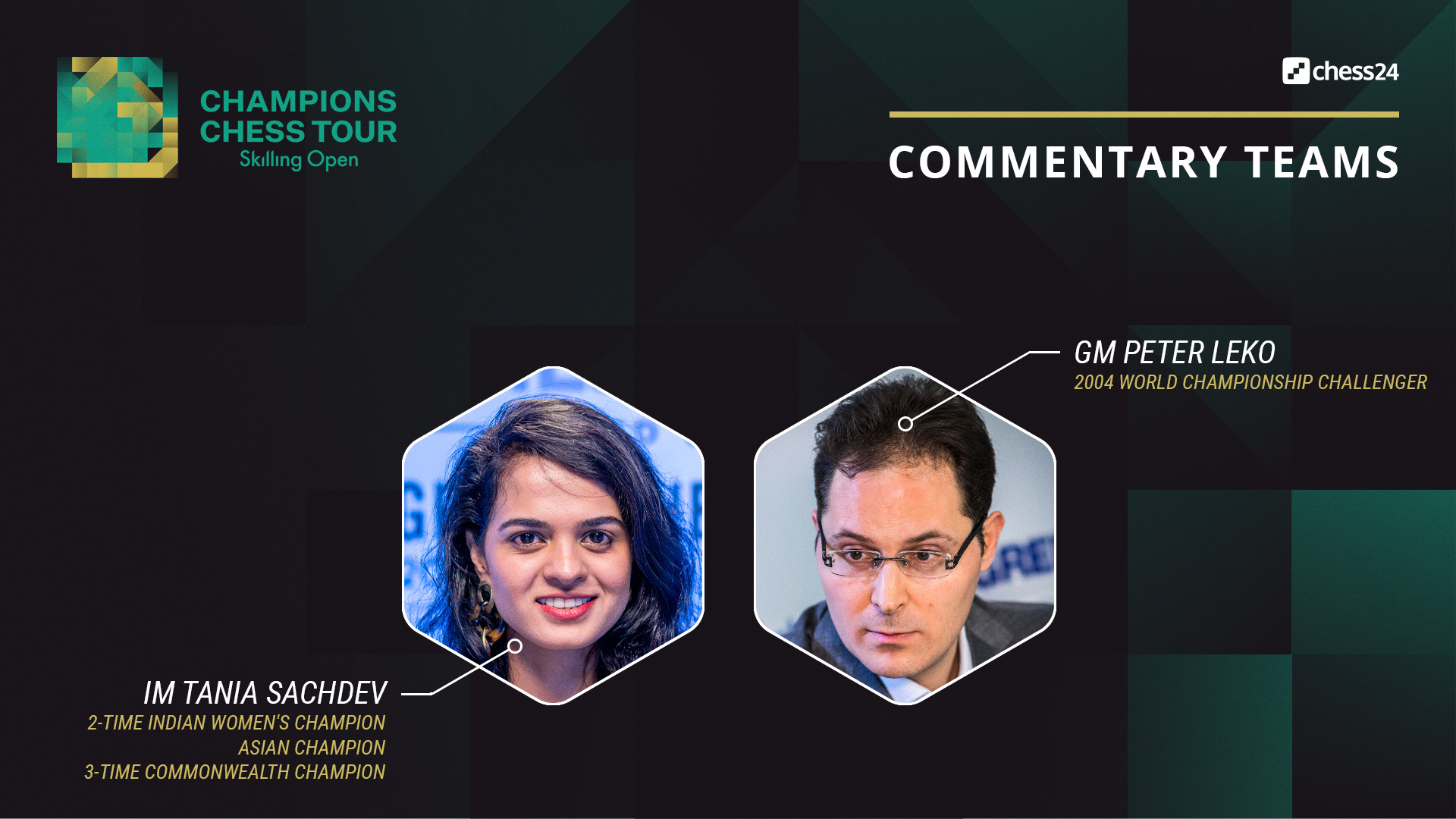 While one studio targets a new audience, you can also choose high-level chess commentary from fan-favourites Tania Sachdev and Peter Leko. The duo received widespread praise for their performances during the Magnus Carlsen Chess Tour. Here they are talking about how Mikhail Tal and Vishy Anand impacted their careers when they were young!

As usual, the duo will have guests visiting each day. 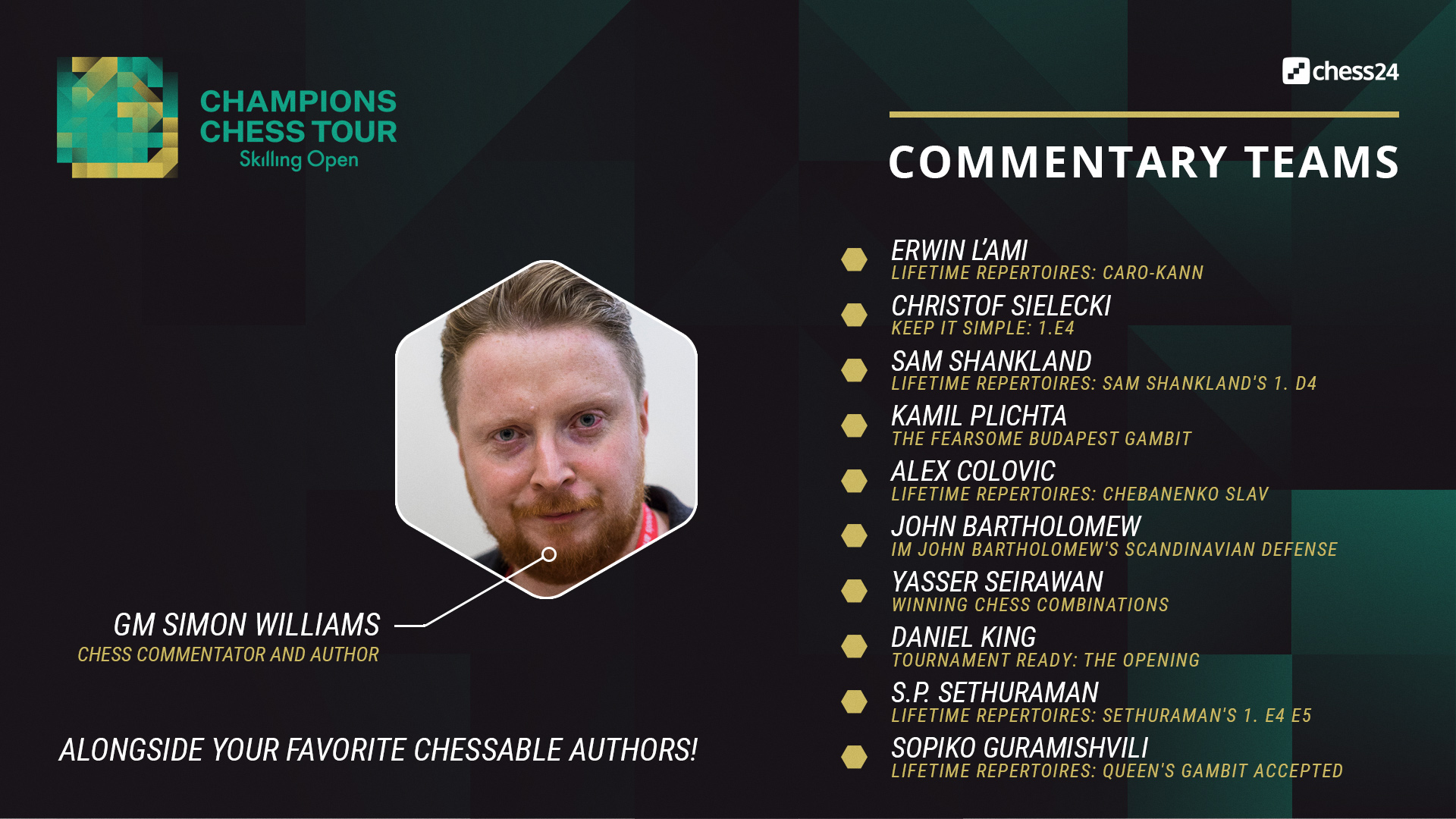 But that's not all. The one and only GM Simon Williams will be doing his own show featuring known guests such as Sam Shankland, John Bartholomew, Yasser Seirawan, Daniel King and Sethuraman.

Simon is obviously thrilled to be a part of it!

Now, with the Champions Chess Tour about to start, is a great time to Go Premium! Use the voucher code CCT40 to get 40% off the regular price.