The Candidates 2020 pairings are out

The 2020 Candidates Tournament to decide Magnus Carlsen’s next challenger starts in just over a month’s time and the pairings were announced today. It’ll be Radjabov-Caruana, Ding Liren-Wang Hao, Giri-Nepomniachtchi and Grischuk-Alekseenko in Round 1 as the 2nd most anticipated chess event of 2020 begins in Yekaterinburg, Russia on Tuesday 17th March. We take a first look at what we can expect, though we’ll be following up with more previews before the action begins. 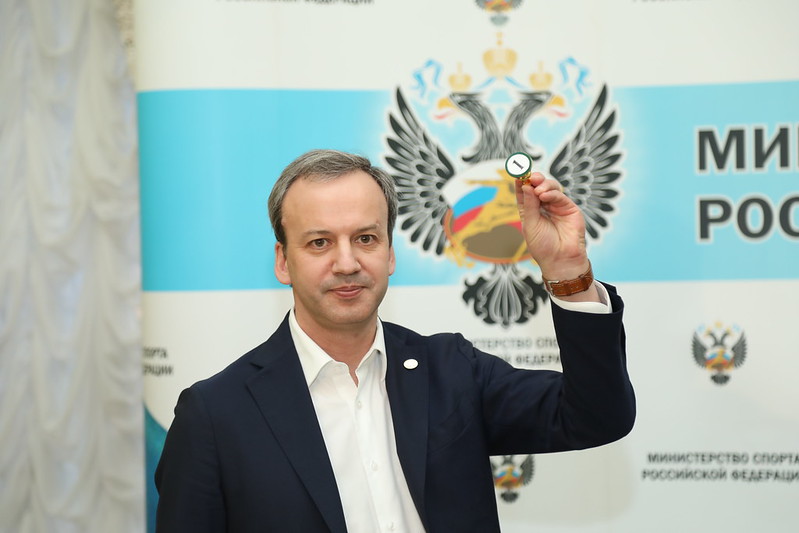 FIDE President Arkady Dvorkovich at the drawing of lots in the Russian Ministry of Sports in Moscow | photo: Eteri Kublashvili, Russian Chess Federation

First let’s get straight to the pairings. You can see all the match-ups for the gruelling 14-round double round-robin using the selector below. Note that the pairings are not entirely random as players from the same country meet as early as possible to avoid any accusations of collusion – so Ding Liren and Wang Hao play in Rounds 1 and 8, while the three Russian players meet in Rounds 1-3 and 8-10. The theory is that even if they wanted to collude (and only conspiracy theorists would believe they do) it would be too early to know what result is best for their countries: 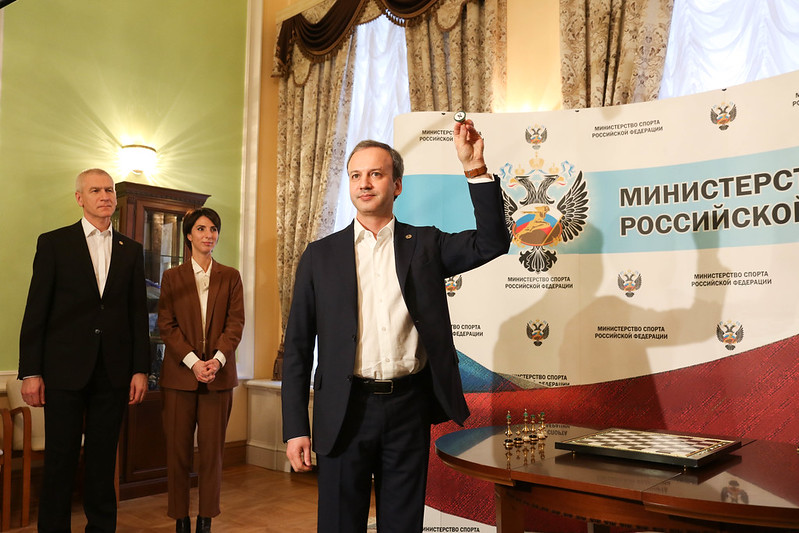 Where is it being played?

The 2020 Candidates is taking place in the 5-star Hyatt Regency Hotel in Yekaterinburg, a city of 1.4 million people and the 4th largest in Russia. The city is just east of the Ural Mountains, almost 2000 km from Moscow, but you can upset the locals if you describe it as Siberian (it’s another 1000 km to the chess-famous Khanty-Mansiysk). 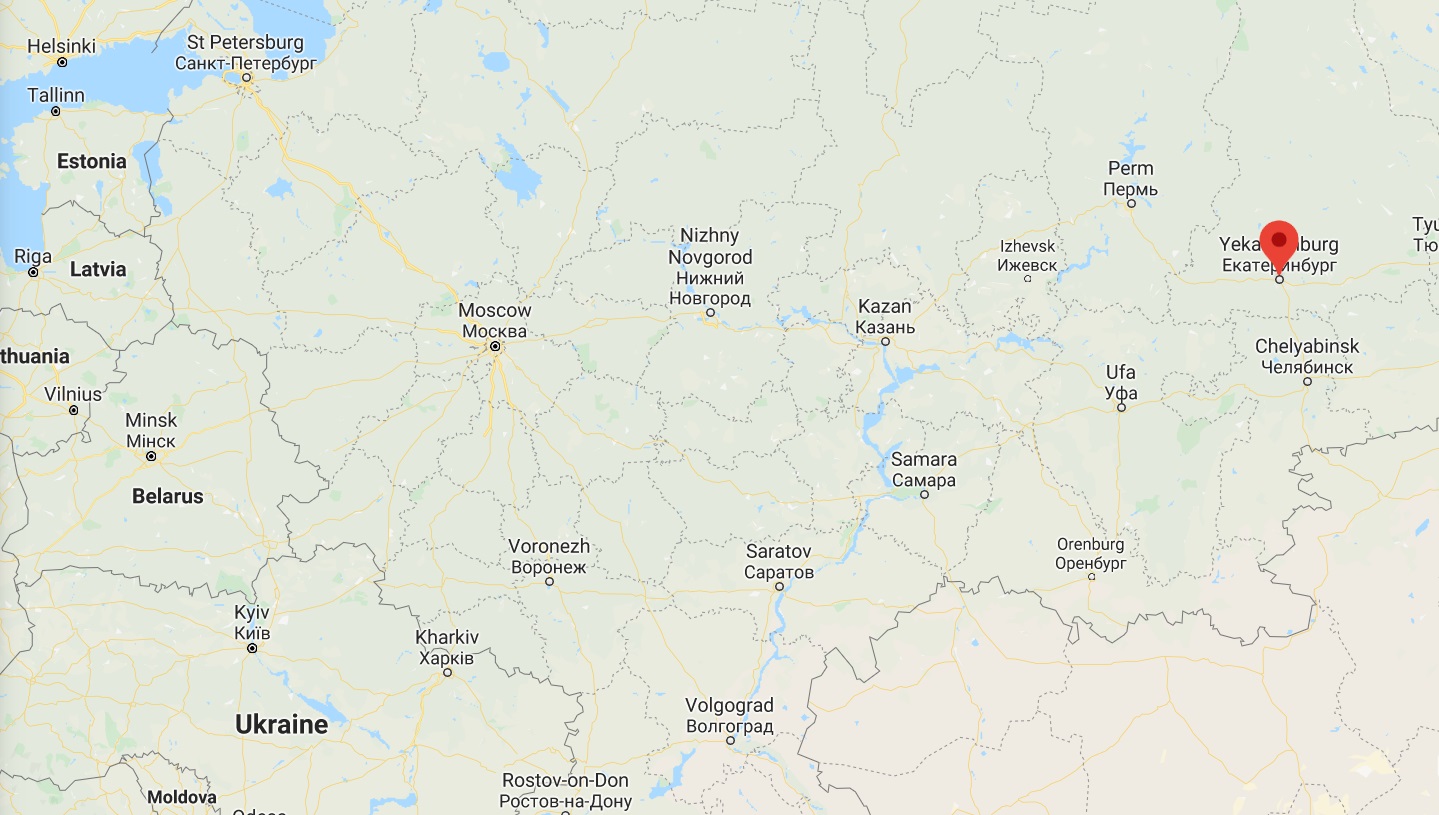 Why Yekaterinburg? The main sponsor is eccentric local businessman Andrey Simanovsky, who is also the President of the regional Sverdlovsk Chess Federation. His retail company Sima-Land sponsored Aleksandra Goryachkina privately during the Women’s World Championship match and is also featured on the Candidates logo.

As each year since 2013 the event is an 8-player double round-robin, so each player plays each other twice, once with White and once with Black, over the course of 14 rounds. The time control is “slow classical”, with 100 minutes for 40 moves, 50 minutes for the next 20, then 15 minutes to the end of the game, with a 30-second increment per move from move 1.

Despite the controversy over the lack of a playoff for first place – most notably when Magnus Carlsen and Vladimir Kramnik scored the same number of points in 2013 – the regulations there remain unchanged. We’ll only get a rapid playoff if head-to-head, number of wins and the Sonneborn-Berger tiebreaker are equal between players tied for 1st, which is very unlikely.

One notable change, however, is that draw offers are only allowed after 40 moves.

When are the games?

The Opening Ceremony is on 16th March and the action starts on the 17th. There are three rounds and then a rest day until the final two rounds:

The prize fund is 500,000 euros, but it’s really all about first place, which gives the winner the right to play a match against Magnus Carlsen for the World Championship title later in 2020. That match is expected to take place as part of the Expo in Dubai in November 2020, with a prize fund of at least 2,000,000 euros, double that on offer in London in 2018.

Who’s playing and how did they qualify?

Here are the players in the 2020 Candidates Tournament and how they qualified (ratings are the current live ratings):

Kirill Alekseenko was chosen by the organisers after he turned out to be the only Russian player meeting the wild card requirements, which he did by finishing 3rd behind Wang Hao and Fabiano Caruana (already qualified) in the Grand Swiss on the Isle of Man. 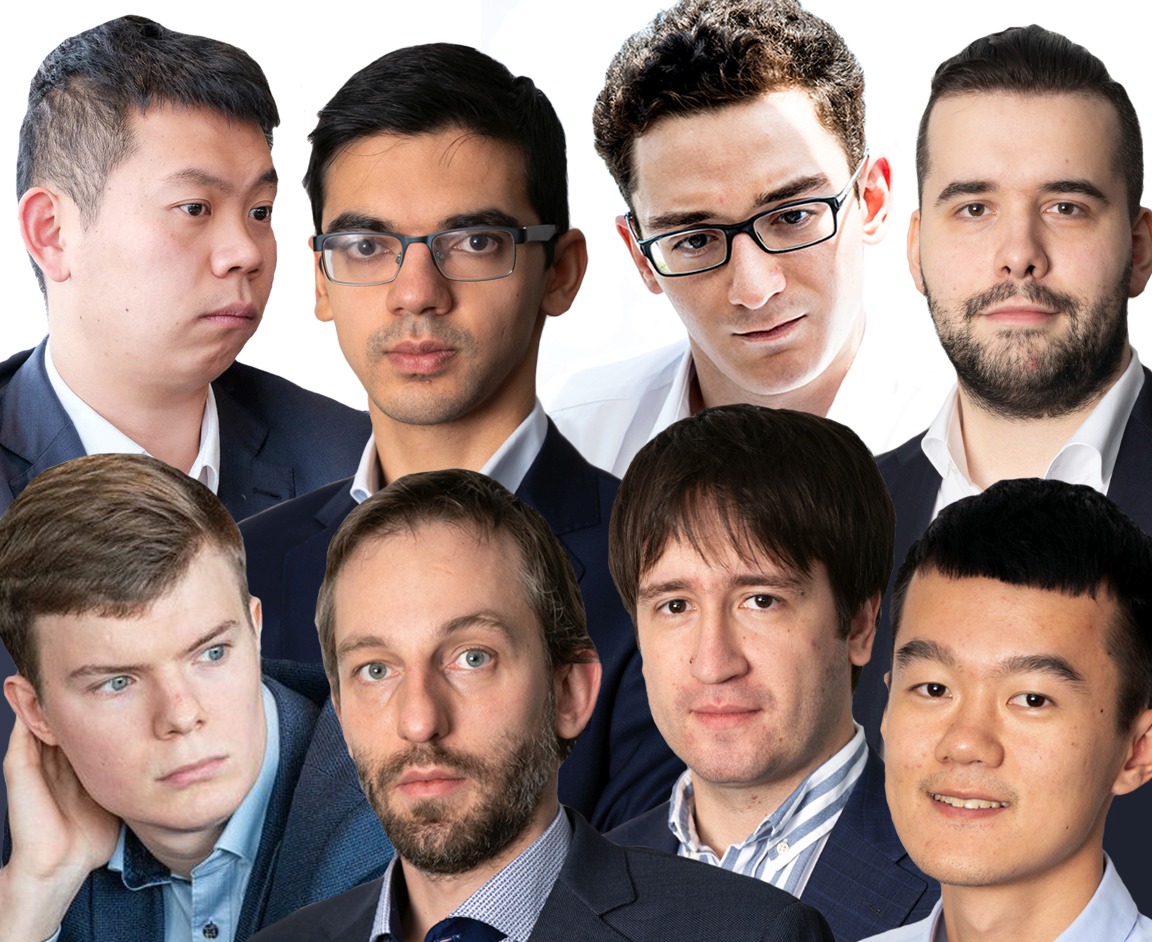 Is the event weaker this year?

Otherwise the Candidates fields have been remarkably consistent, despite the changing qualification processes. This year we currently have the world numbers 2-5 and number 9 Radjabov, making five Top 10 players, just as we had in 2013, 2014, 2016 and 2018! Some big names are missing, of course – Vladimir Kramnik has retired, Levon Aronian misses the Candidates after playing the last 4 tournaments (and the matches in 2011) and there’s no MVL, but that latter case is nothing new. 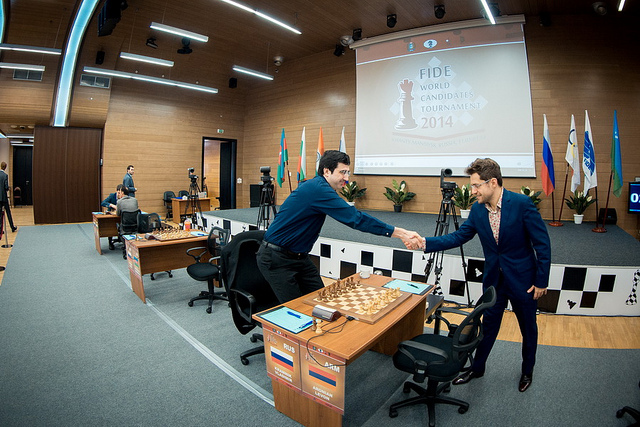 There’s little getting away from Fabiano Caruana and Ding Liren as favourites, with Fabiano’s Tata Steel Masters win arguably making him a clear no. 1. Fabiano has regularly won supertournaments and of course has the experience of coming very close in 2016 and winning the Candidates in 2018. Ding Liren has less experience, but he scored an unbeaten +1 in Berlin in 2018 and in the Sinquefield Cup last year in particular showed he’s ready to win supertournaments. 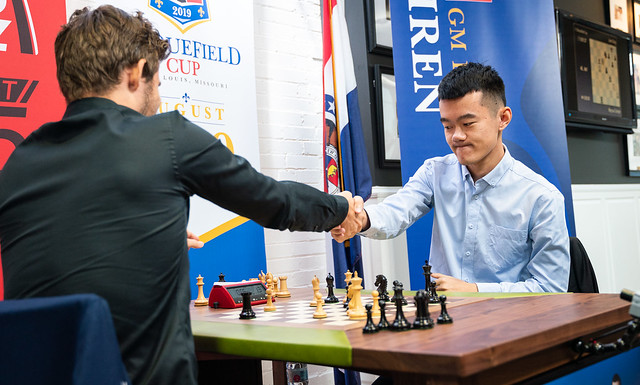 Ding Liren has shown he can match Magnus even in rapid tiebreaks, something that might come in very handy in a World Championship match! | photo: Lennart Ootes, Grand Chess Tour

Ian Nepomniachtchi, Wang Hao and Kirill Alekseenko face the tough challenge of winning on their Candidates debut, but in the case of Nepomniachtchi and Wang Hao they have deep experience behind them. Wang Hao, like Teimour Rajdabov, is a blast from the past, but this is one clear case of class being permanent.

Alexander Grischuk and Anish Giri are two players you can never write off, with Giri also having had the experience of working as a second for Vladimir Kramnik in 2018. It’s possible to go out on a limb and suggest he won’t emulate his 14 draws from 2016!

We’ll have much more on the chances of the players in the coming weeks.

Will the coronavirus have an impact?

One huge unknown for this year’s tournament has nothing to do with chess. The coronavirus has been wreaking havoc with multiple big international events and the Candidates may be no exception. Some countries have imposed travel bans on travellers from China, and while Russia hasn’t yet gone that far even the Chinese Consul General Cui Shaochun was reported to have had to quarantine himself for 14 days after his arrival in Yekaterinburg.

Of course it also can’t be ruled out that other players could be affected, with the prospect of some games being played remotely at least non-zero.

What’s certain, however, is that the Candidates is going to be one of the most intriguing and eagerly followed chess events of 2020. We’ll have live commentary here on chess24 with some very big names, as well as more previews in the weeks to come – watch this space!