The $1M Magnus Carlsen Tour: A New Era for Chess

World Champion Magnus Carlsen and 11 more of the world’s top chess players will compete in the Lindores Abbey Rapid Challenge starting Tuesday May 19th, in what is now the 2nd event of the $1 million Magnus Carlsen Chess Tour. The series of super-tournaments here on chess24 builds on the breakout success of the Magnus Carlsen Invitational and will feature three new events leading up to a $300,000 Grand Final this August. 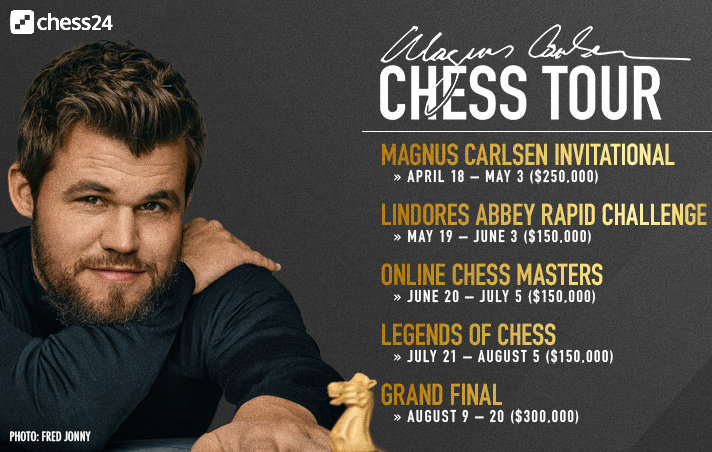 It’s less than two weeks since Magnus Carlsen won the $250,000 Invitational named after him but we’re now thrilled to announce that was just the beginning: the online Magnus Carlsen Chess Tour has a combined prize fund of $1 million:

The Invitational was a lot of fun and we heard great feedback from the players, our broadcast partners and the viewers.

While physical chess tournaments and sports are still either cancelled or postponed, bringing an entire chess tour online is what I feel is right for chess now.

First up is the Lindores Abbey Rapid Challenge, an online version of the Lindores Abbey Chess Stars that took place for the first time in Scotland in May 2019. It features 4 players we saw in the Magnus Carlsen Invitational - Magnus Carlsen, Ding Liren, Hikaru Nakamura and Alireza Firouzja - who are joined by 8 players from Russia, Armenia, USA, Poland and China making their Tour debut: Alexander Grischuk, Levon Aronian, Wesley So, Jan-Krzysztof Duda, Sergey Karjakin, Wei Yi, Yu Yangyi and Daniil Dubov. 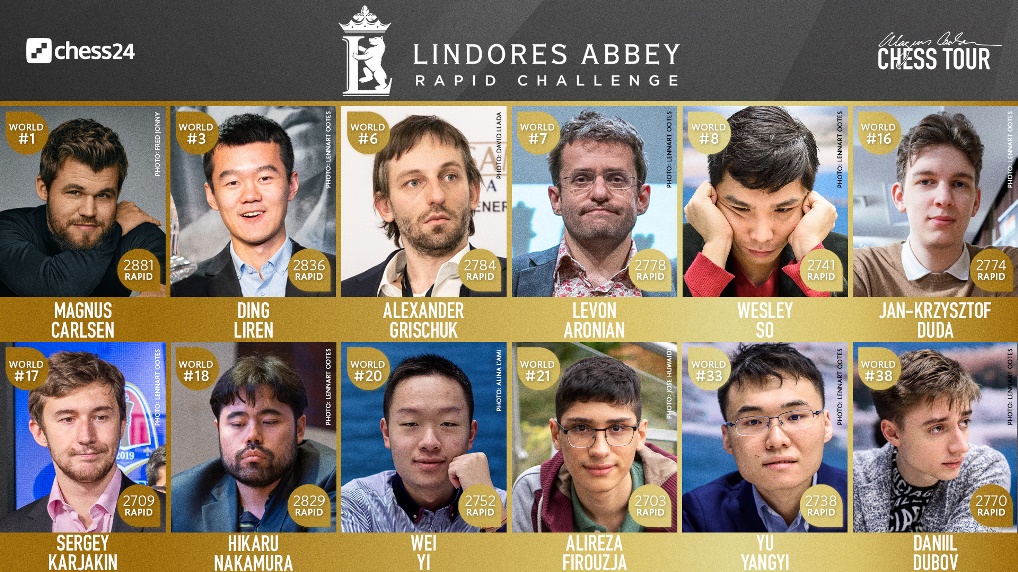 The format has changed from the Magnus Carlsen Invitational to put more emphasis on the knockout section. This time the preliminary stage will be held over just 3 days, with the players playing each other once in 11 rounds of 15-minute + 10-second increment rapid chess. The bottom 4 will be eliminated, while the remaining 8 players go forward to the quarterfinals.

The quarterfinals, semi-finals and final will all be best of 3 mini-matches (the first player to win 2 mini-matches wins), where each mini-match consists of four 15+10 rapid games. If a mini-match ends 2:2 a single Armageddon game will be played: White has 5 minutes to Black’s 4 but Black wins if the game ends in a draw.

You can find the full regulations here (PDF). 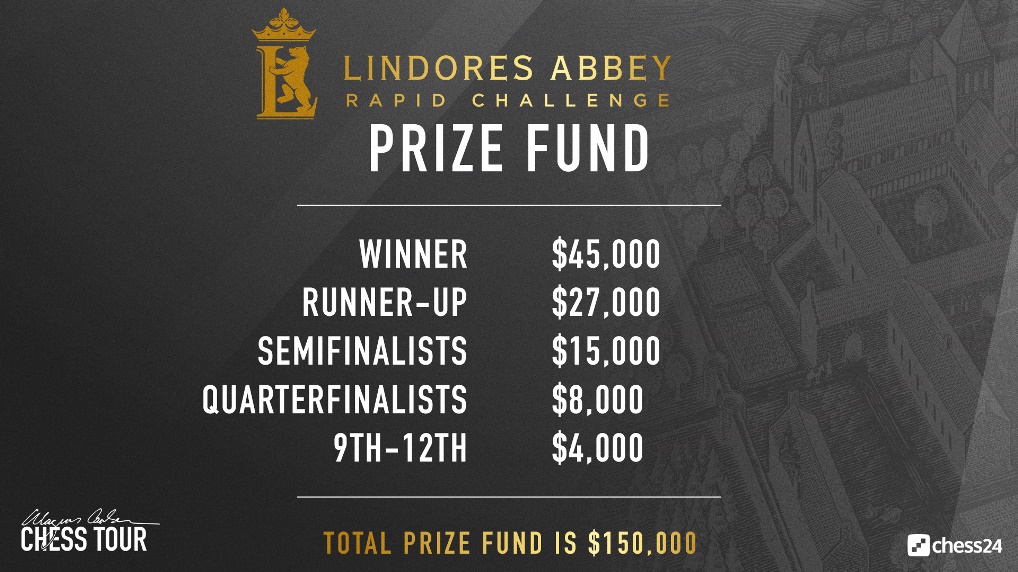 But that’s not all! The winner qualifies for the 4-player $300,000 Grand Final. If the same player wins two or more tournaments then the extra place(s) will be decided on a points system – you get 10 points for finishing runner-up, 7 for reaching the semi-finals and 3 for the quarterfinals. 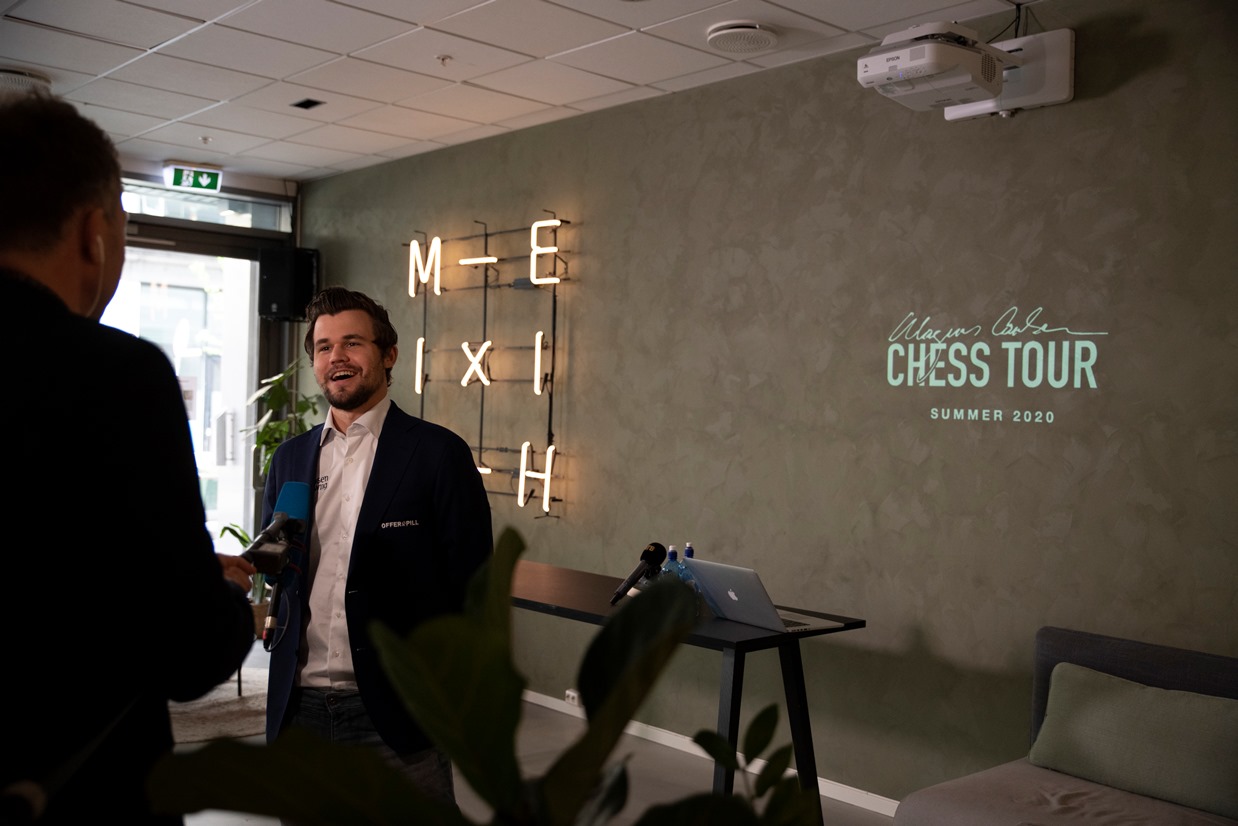 Magnus Carlsen launched the Tour in a press conference in Oslo 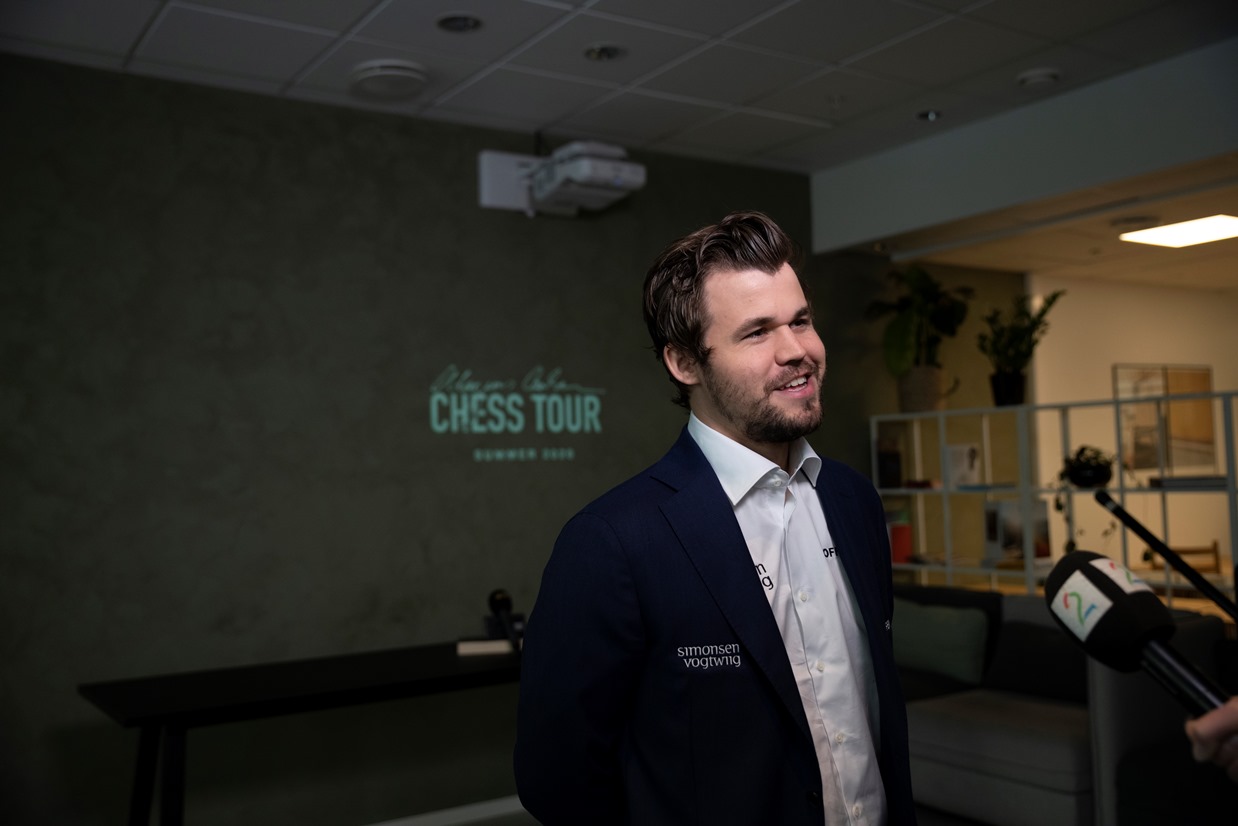 The Lindores Abbey Rapid Challenge action begins at 16:00 CEST on Tuesday, May 19th and we’ll have commentary live here on chess24 in at least 9 languages. Chess fans will also have a chance to play the stars in Banter Blitz sessions, while the players will be regular guests on the live commentary.

There’s still a weekend before the Tour returns, but there’s going to be no lack of chess, with Magnus Carlsen starring in the €30,000 FIDE Online Steinitz Memorial right here on chess24 from Friday at 15:00 CEST: Open | Women