The Gashimov Memorial is upon us and the chess world is eagerly anticipating seeing Carlsen back at the board. I’m feeling rather sad, though, as my favourite tournament of the year – the Bangkok Chess Club Open – is over and the journey home awaits.

View of the playing hall

Since my first visit (and glorious triumph!) in 2011 I’ve remained true to the Bangkok Open each year, as I know of no more enjoyable tournament. I don’t think I’m the only one that’s happened to. In contrast to the majority of opens this one draws in 85% foreign players, and I still haven’t come across a Thai player in all my 36 games.

Despite the name the tournament only finds itself in Bangkok every other year, and has recently been alternating with Pattaya, which is also the favourite for 2015. For this year’s 14th edition it was once again the turn of Bangkok, although due to the political situation the number of participants was a little more limited than usual. The headquarters of the protest movement is located directly in front of the Dusit Thani Hotel, where we play and live, although at least for me everything seemed perfectly peaceful.

The hotel choice is also another reason for the popularity of the event. I’ve visited my fair share of hotels but the Dusit Thani Bangkok undoubtedly makes my Top 3 (right behind the Dusit Thani Pattaya). 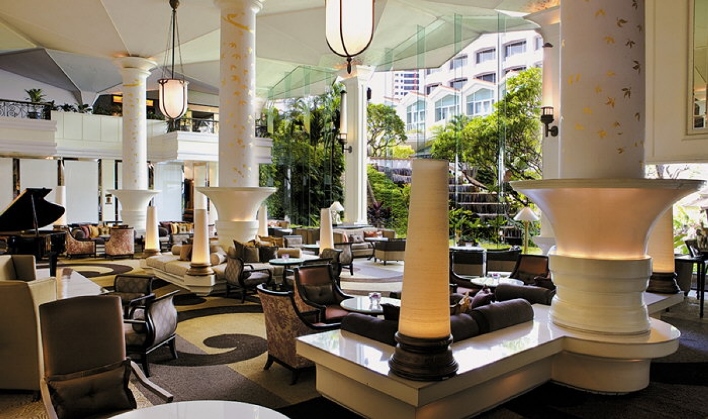 View of the lobby

So then, there’s not too much to moan about. The team around organiser Kai Tuorila (“I want to play a tournament in Thailand. No-one else is organising one, so I’ll do it myself”) has everything under control. For example, year after year I’m surprised to be invited to a “VIP dinner” – since when have participants participated in anything of the kind? 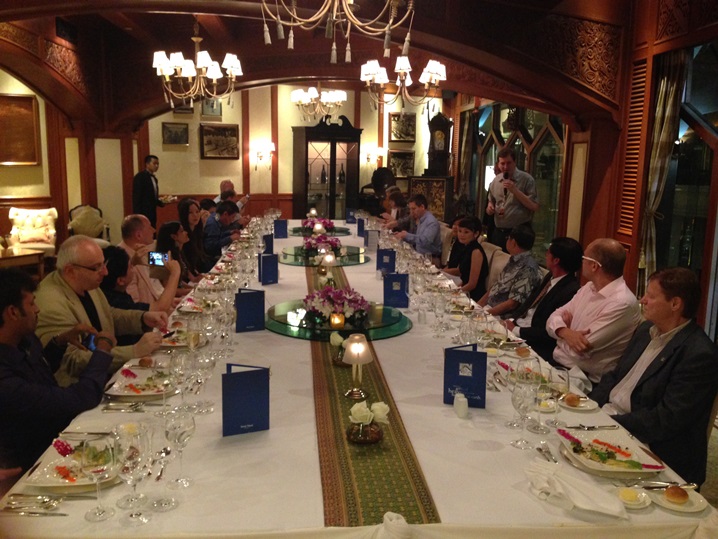 Chess was also played. Long-term fixture Nigel Short was missing this year and the seeding list was headed by our esteemed Spanish author Paco Vallejo, followed by Polish GM Bartosz Socko and the author of these lines. 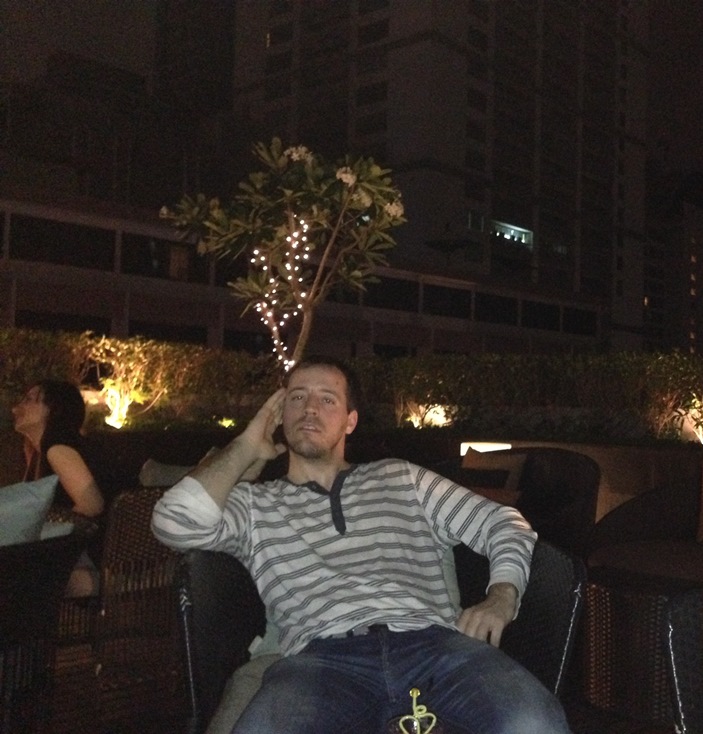 Paco warms down after a game

Vallejo lived up to his role as favourite and his performance was good enough to return him to the ranks of the 2700s. chess24 endeavoured to get a short statement from Paco:

Francisco Vallejo: I’m very pleased with the victory and that I managed to show I’m still a force to be reckoned with. I’d also like to take this opportunity to thank the organisers for a fantastic tournament and Thailand for the unbelievable hospitality. Thanks to chess I’ve visited over 30 countries but I’ve never encountered such friendly people.

Ok, perhaps he also said, “I’ve got a date in the Sky Bar – write something nice”. One of the two!

Vallejo earned his victory. He defeated the dominant force of the first half of the tournament, Suat Atalik, in Round 6 and the very strong and GM-norm earning Chinese player Liu Qingnan in Round 8. The only person who could match him was Philippine GM Oliver Barbosa, who after drawing with Paco in the final round had the same number of points but had to settle for second place on tiebreaks.

Jan Gustafsson didn’t exactly overextend himself at the chessboard and could be very satisfied with third place. 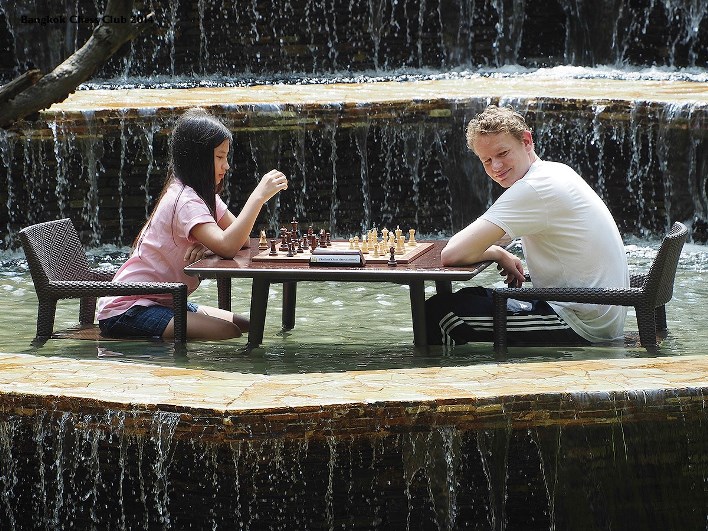 It wasn’t only against Nina Tuorila that Gustafsson acted a little too placidly.

Bangkok rules! Life everywhere at all times of the day or night – New York’s label as the “city that never sleeps” strikes me as one in serious jeopardy. Top food on every street corner, extremely cheap prices for those of us accustomed to European standards and friendly people everywhere. “Us Thais fight among ourselves but for the Farangs it’s a big smile and welcome. We want your purchasing power but no stress,” is how it was explained to me. Yo, deal. 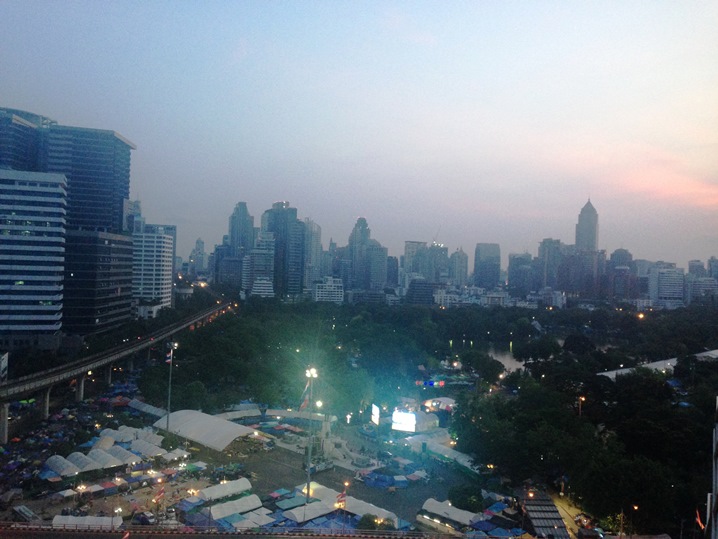 View out of my window

Unfortunately (or luckily?) few of our activities have been photographically documented. I’d like to take this opportunity to thank the Tuk-Tuk drivers of the city (driving at 80 on the back seat of a three-wheeler really freshens you up post-game), the VW Bus bar industry, Monsoon at Sukhumvit Soi 8 and once more the organisers and sponsors of the tournament. 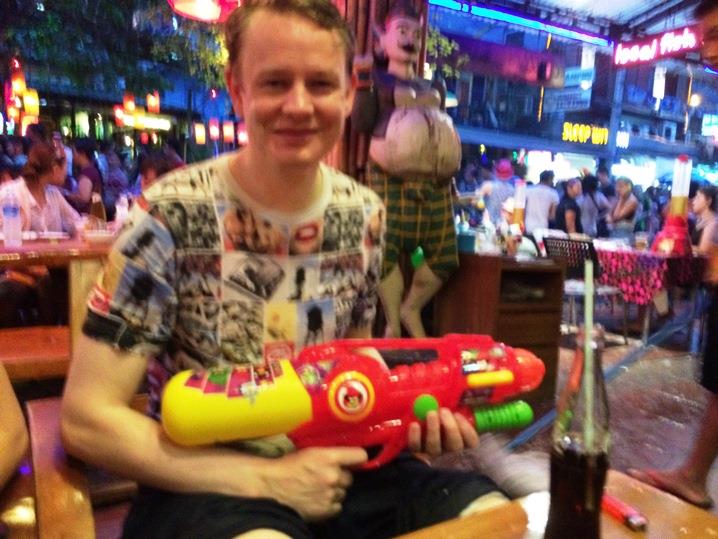 I like Thailand, as you’ve probably worked out by now. Alas, there are so many distractions from chess that I’ve forgotten how to analyse, put together tournament highlights and so on. Oh well, for that there’s my return tomorrow – on the agenda is commentating on the Gashimov Memorial with more than enough analysis…