Baadur Jobava and Nils Grandelius are the 2017 TePe Sigeman & Co. Chess Tournament Champions after all three games were drawn in the final round. A fast finish in Blomqvist-Jobava meant that the tournament outcome would be decided in the game between Pavel Eljanov and Grandelius, which was a hugely unbalanced fight. The final game of the day couldn’t affect the title and saw Harika Dronavalli draw Nigel Short in what the latter aptly described as a “Giuoco Comatoso”. 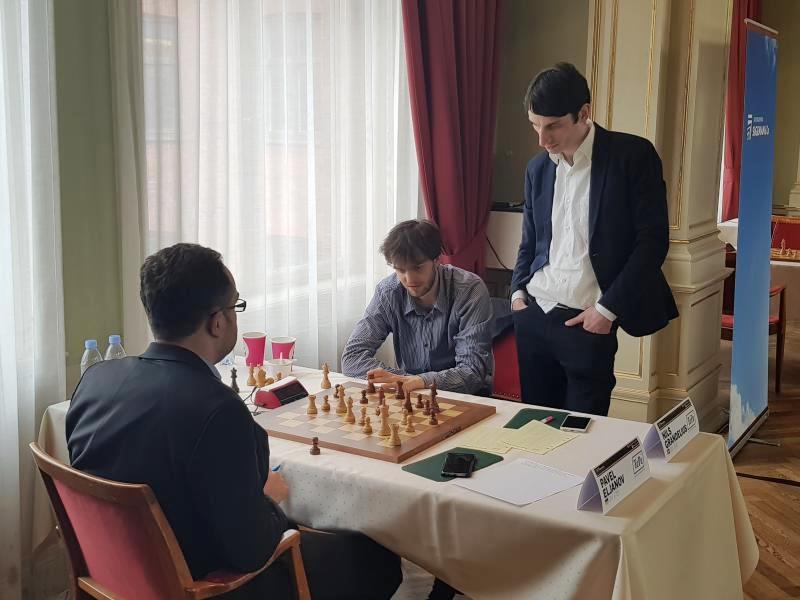 For the first and last time in the 2017 tournament all games ended drawn (click on a result to replay the game with computer analysis – hover over a player’s name to see all their results):

Baadur Jobava suffered a wardrobe malfunction for the final round in Malmo, lamenting, “On the one sunny day I forgot my sunglasses!” Otherwise, though, the Georgian no. 1 did very little wrong in a tournament where he showed far more restraint than we’re used to seeing from him. He beat Short in some style and drew his remaining four games, only getting into any real danger in his encounter with Eljanov.

Against Blomqvist, Jobava played the Petroff Defence, though accusations of choosing a drawish opening could be deflected by pointing to his exciting draw in the same line against Vishy Anand in this year’s Chess Bundesliga. In that game Baadur described Vishy’s 13.Ne5 as “a big blunder” that eventually allowed Black to meet a bishop sac on h6 with a sac on f2. Blomqvist opted for 13.Bb3 instead and had the better position until he passed up the chance to play c4 on moves 18 and 20. Baadur pointed that out and also suggested his opponent had a last chance to make it so that “a boring game might be not so boring” after 21…f6:

White could play the exchange sac 22.Rxe6!? Nxe6 23.Bxh6 and then, for instance, 23…Kf8 24.Bc1!, when Jobava felt White was risking nothing and had chances for more. He was worried about that option, but reassured himself:

When I looked at Eric’s face he was not so aggressive today, so he would not sacrifice.

A win for Blomqvist would have meant he shared 1st place, but he could hardly be criticised for overly cautious play in Malmo, since this was his only draw of the event. He finished on a very creditable 50% after having won and lost two games. In fact, he was the only player to score more than a single win in a very tightly-fought event.

That game left the door wide open for both players in Eljanov-Grandelius, with Pavel Eljanov knowing that a win would see him tie for first place, while Nils Grandelius only needed a draw to tie but could win the event outright with a win. 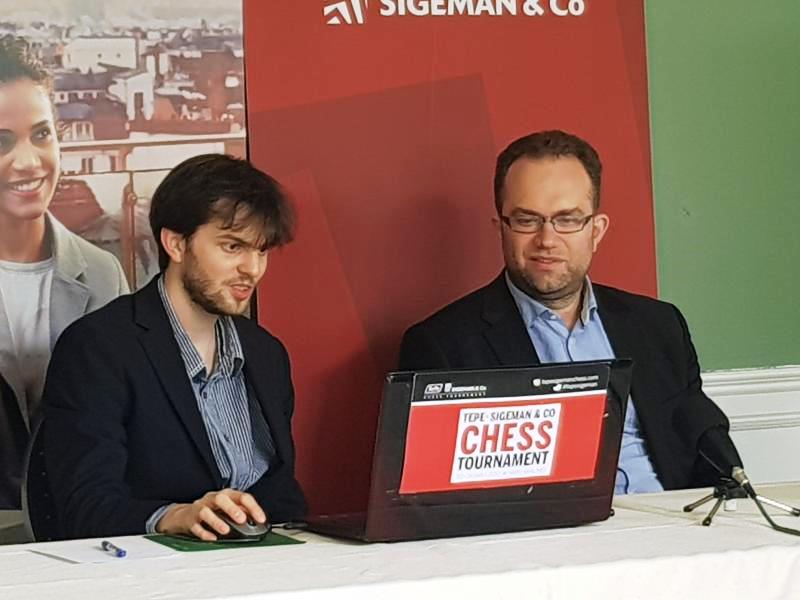 Grandelius and Eljanov provided all of the action on the final day | photo: official website

Any outcome became a possibility as the players left known theory very early on when the rare 5.h3 was met by the rarer 5…Nbd7. By move 13 Eljanov had already burnt up significant time on the clock and admitted the choice he made next was “not so practical”:

Here Pavel showed his ambitions went beyond pawn-grabbing, though, as he played the “very nice” (Grandelius) 18.g4!, posing real problems for Black, who chose to stop the g5-threat with 18…h6. It was possible to ignore it with 18…Qxc5, but then White would likely respond 19.Nxf7!. 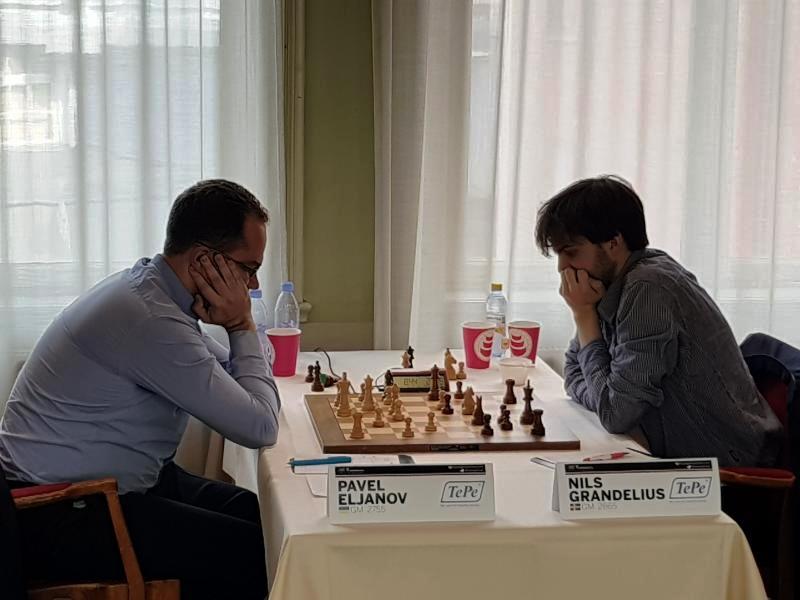 The game soon swung in favour of White and Grandelius admitted that his whole idea was “not so sound”. The next turning point came on move 26:

Pavel simply gave up the a-pawn with 26.Qc4?!, but he could have held on to his ill-gotten gains with 26.Qb2! You can only play that, though, if you’re very sure that nothing bad is going to happen after 26…Rxd3?!, when it seems the black queen, rook and knight should be able to do something against the exposed white king. Appearances are deceptive in this case, but Eljanov was short on time and opted for safety. In the play that followed it was Black who was on top, but as Nils concluded, “what to do? Chess is a draw!”

That meant a second Sigeman title for Grandelius, who tied for first with Short and Rapport in 2013.

Although it was a disappointing result overall for top seed Eljanov, who lost to Blomqvist in Round 2, he at least ended a long sequence of bad results with a long-awaited win in the penultimate round to end on 50%. 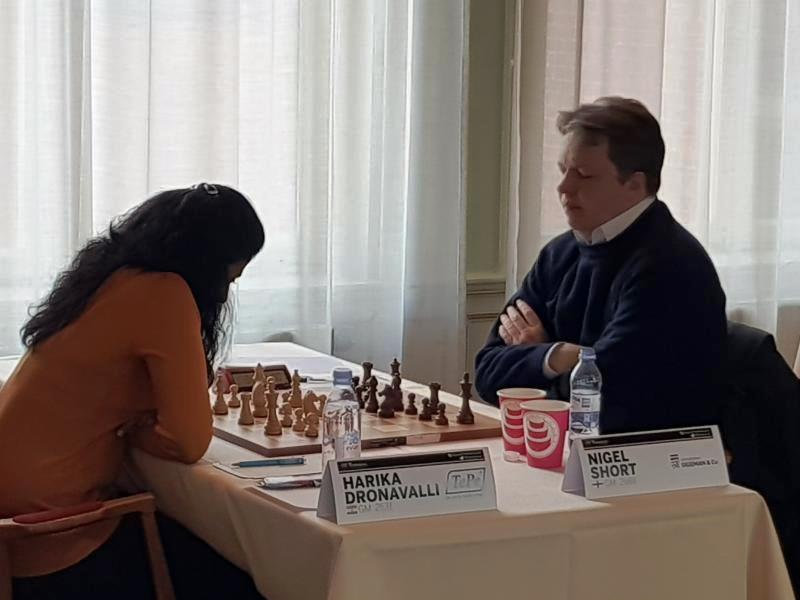 A photograph to capture the encounter perfectly | photo: official website

The day’s other game couldn’t affect the title and saw Harika Dronavalli play the Giuoco Piano against Nigel Short, who needed some precision to ensure an instantly forgettable 44-move draw. The three-time Sigeman Champion summed things up:

It was a disappointing end to a tournament that Short had begun with a beautiful win over Blomqvist, taking him to within a point of 2700 at the age of 51. He ended on a -1 score, though that could have been different if he’d found the killer punch against Grandelius:

For Harika, meanwhile, four draws, including three with Black, was proof that it’s not only Hou Yifan who can operate in strong male company.

Although she was the one player not to win a game in Malmo, her only defeat came as a result of a one-move blunder in an equal position. It’s something to build on!

So that's all from this year's TePe Sigeman & Co. Chess Tournament. Let's hope it returns for a 24th edition next year!