The 2017 World Cup will finally be decided in tiebreaks on Wednesday after Levon Aronian again failed to seize a chance to win with the black pieces. Ding Liren dropped a pawn after an opening he admitted had gone badly wrong, but kept his nerve and ultimately found a fine resource to force the draw. He admitted he’d been outplayed in the classical games but remains unbeaten in Tbilisi and will feel his chances have improved now the match has gone to rapid chess. 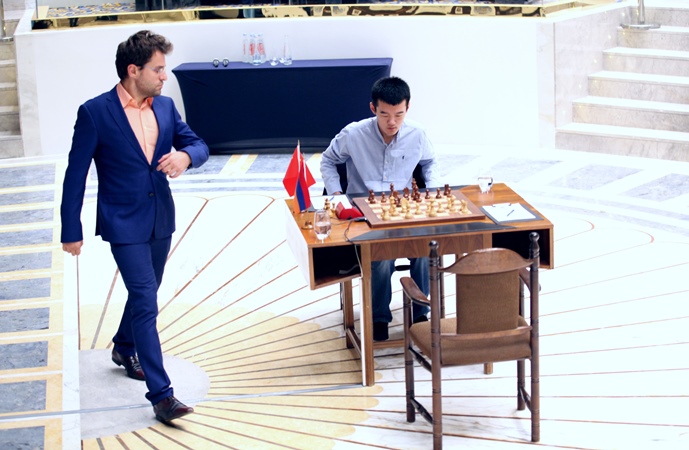 Levon has been in control of the classical games, but tiebreaks will decide it all! | photo: Anastasia Karlovich, official website

So far the 2017 World Cup final has been the opposite of 2015, when all the games in the Svidler-Karjakin match ended decisively:

Game 3 of the final was the least memorable yet, with both players perhaps requiring a breather after the thriller in Game 2. Levon had an edge with the white pieces, but accurate play saw it neutralised before Peter Svidler even had the chance to join the live show! He made it for Game 4, and you can watch his appearance on Jan Gustafsson’s show below, where he also talked about events on the Isle of Man:

In Game 4 Ding Liren had the white pieces and therefore nominally the best chances of winning the match before tiebreaks, but instead it was a repeat of Game 2. He admitted afterwards he’d been “much worse out of the opening”, surprised as early as Aronian’s 6…h6 and lamented that it was “a very complicated line”. Objectively he was still doing fine until 14.Ng3?!, but explained that his subsequent play up to 18.Qh5 was based on an oversight:

White is threatening to take on e6 and later g6, but the Chinese star realised too late there was a flaw in his play:

Immediately after I placed my queen on h5 I saw he can play 18…Qh4! Then after this I was slightly worse.

The e5-pawn was gone in five moves and the only question remaining was whether Levon would go on to convert his advantage. Ding Liren again dug in, though, and this time he never allowed the edge to grow to truly threatening proportions. In fact he turned on the style to seal the draw with 41.Be4!

Either the h-pawn (and whole white kingside) lives to fight another day, or White has to accept the exchange of minor pieces. That looks advantageous to Black, at a glance, but, as Peter Svidler soon realised in our commentary, White will go on to win the b6 and e6 pawns and the endgame with a white f-pawn against black g and h-pawns is a straightforward draw. 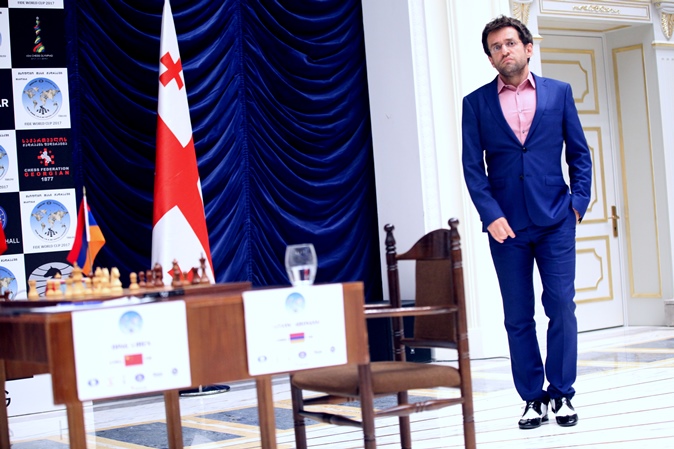 Levon spent 17 minutes confirming it was game over, and after exchanging on e4 he went for a different plan, but one that was even more clearly just a draw. The encounter, which Ding Liren summed up as "not a high quality game", ended on move 52:

Ding Liren talked about the game afterwards to Anastasia Karlovich, with his English perhaps one of the things that the long sojourn in Tbilisi has improved!

Next up are tiebreaks, with the clear impression from Liren being that he feels his chances are now improved after his shaky play in the classical games. He was also glad at how the drawing of colours went!

The good news is tomorrow I play Black first as usual. I always play Black in the first game. So it’s a good sign!

The format of the tiebreaks is the same as ever, and it’s perhaps worth taking one last look at a comparison of the players: 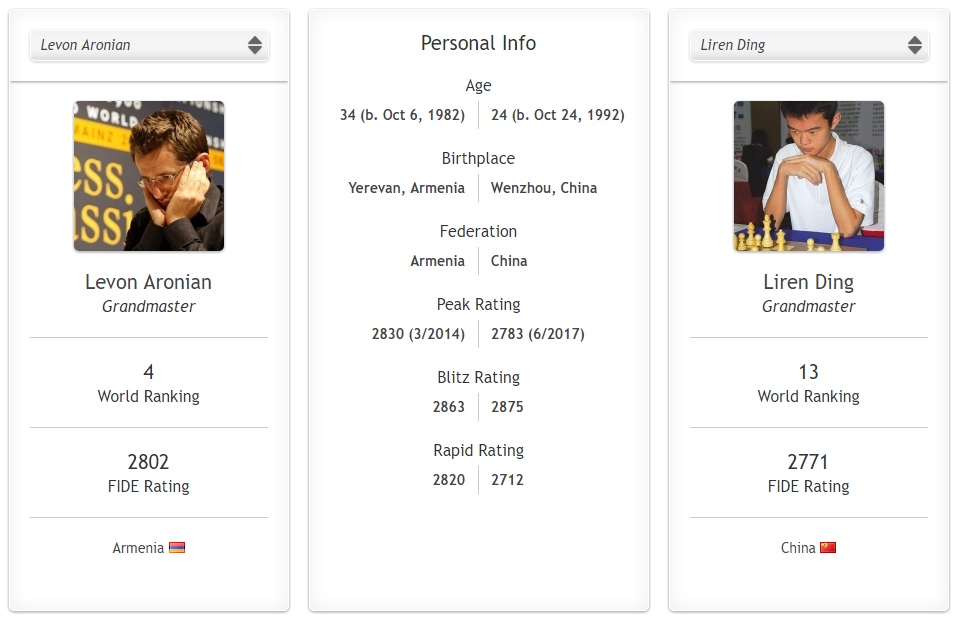 Ding Liren is 10 years younger than his opponent and has got to this stage after playing 9 games less than Aronian. He might therefore be fresher, but he hasn’t been giving that impression in the last few games. In rating terms Levon had the edge in classical and is also clearly higher rated in rapid, while Ding Liren has the edge in blitz, though by this stage of the event both players have simply shown themselves to be formidable at all time controls. It’s too close to call! 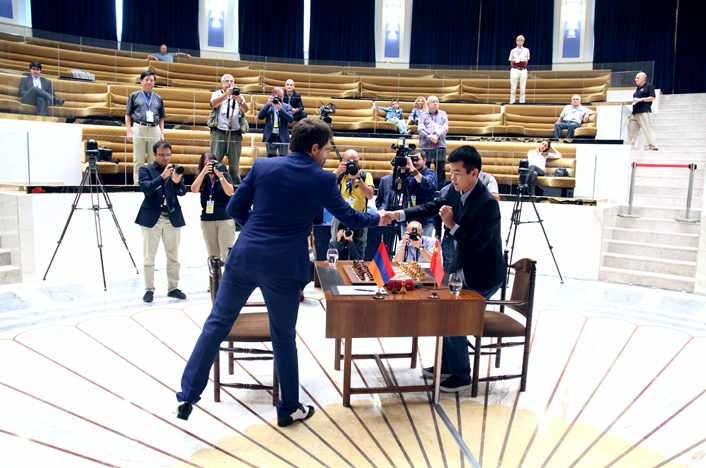 We now know we'll have had tiebreak excitement in all seven rounds of the 2017 World Cup | photo: Anastasia Karlovich, official website

The format of the tiebreak is the same as it was for all the previous rounds: two 25+10 rapid games and then, if needed, two 10+10 games, then two 5+3 and finally Armageddon, where White has 5 minutes to Black’s 4 but a draw will make the player with the black pieces the World Cup winner.

Don't miss the final day of the World Cup live here on chess24 from 13:00 CEST onwards, with Peter Svidler planning to join Jan Gustafsson from about an hour into the show. You can also follow the games in our free mobile apps: