Shakhriyar Mamedyarov started the Tata Steel Chess India Blitz with a stunning 6/7, but defeats in the last two rounds allowed Arjun Erigaisi to overtake him before the final day. At least five players are in contention in the Open section, while in the Women’s Mariya Muzychuk scored a brilliant 8/9, leaving only Vaishali within touching distance. 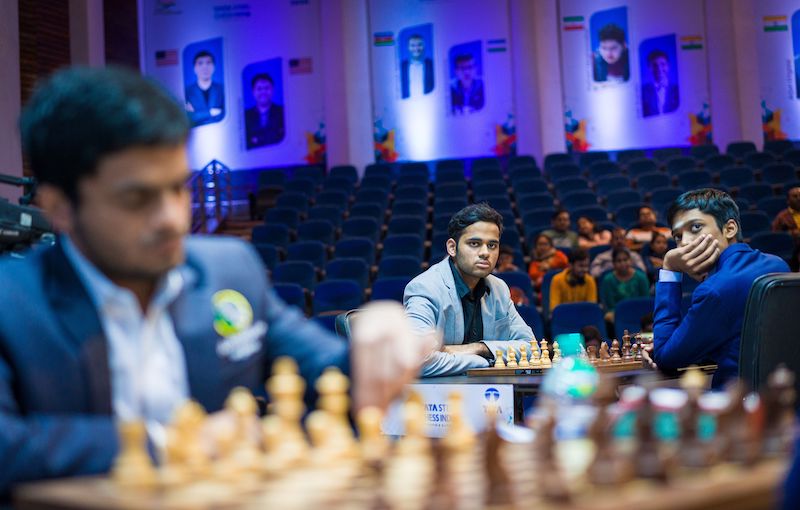 Just how tough an elite blitz tournament can be was demonstrated by the incredible sight of 3-time US Champion Wesley So and World Rapid Champion Nodirbek Abdusattorov going into their Round 7 clash on 0.5/6. 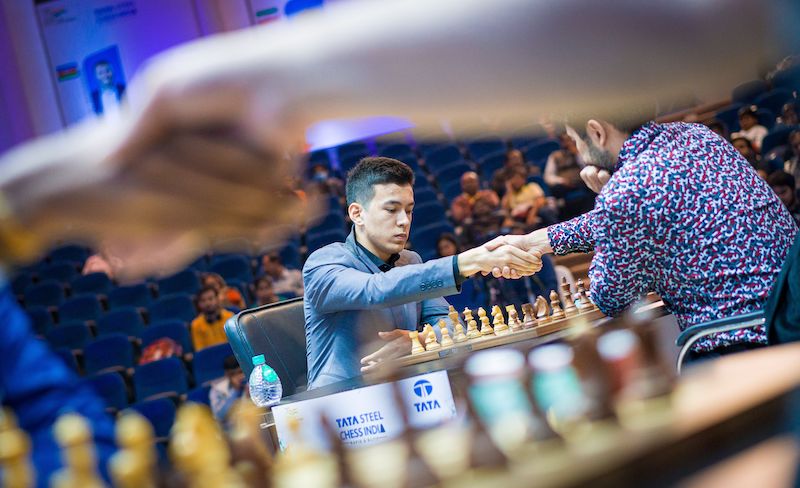 It was a tough day for Nodirbek Abdusattorov | photo: Lennart Ootes

Wesley won to climb from rock bottom, but Nodirbek would still have a huge impact, as he stopped an unstoppable train in the very next round.

Shakhriyar Mamedyarov was back playing the way he’d done on the first day of rapid chess, with five wins taking him to 6/7, a point clear in 1st place of Arjun Erigaisi, who he’d beaten in their individual clash. The result of the game seemed inevitable, but instead Nodirbek found a beautiful win!

That blow was compounded by an in-form Vidit also beating Mamedyarov in the final round of the day, so instead of Shakh as a runaway leader he was even overtaken by Arjun Erigaisi, who defeated Hikaru Nakamura in the penultimate round to cap another fine day for him in Kolkata. 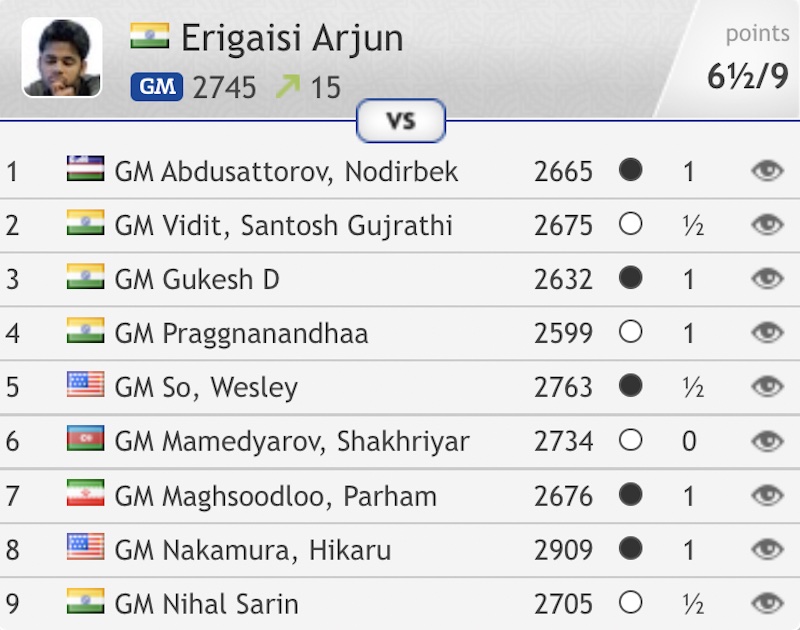 Nakamura is level with Nihal Sarin in 4th place, with both players well in contention, though they suffered some heavy blows. One came in the very first game of the day, when Nihal, fresh from winning the Rapid, ended a topsy-turvy game by leaving Hikaru with absolutely no good moves.

The standings look as follows, with another 9 rounds remaining on the final day. 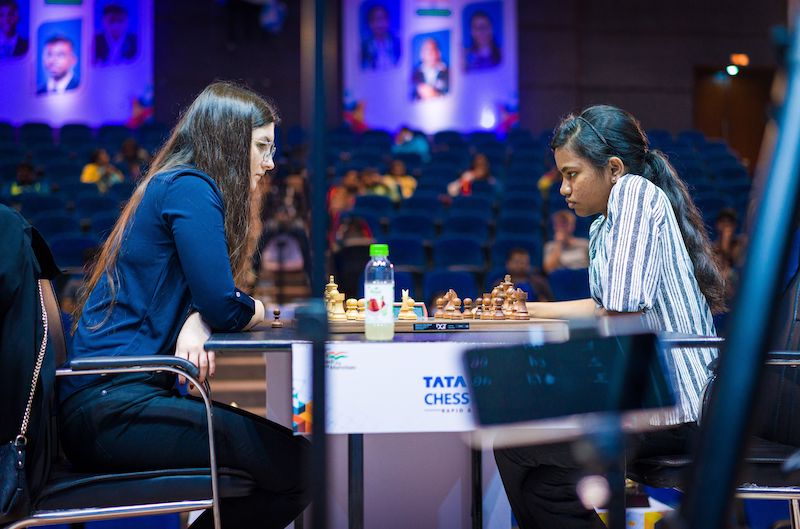 The Women’s Tournament, meanwhile, was dominated by some dramatic runs. First 15-year-old Savitha Shri, who had lost her last five games in the Rapid, began with three wins against top opponents.

In Round 4, however, she got checkmated by Mariya Muzychuk, who it turned out was on her way to a huge score. After needing some luck to beat Bhakti Kulkarni from a position a piece down in the first game, Mariya never looked back.

She ended the day a huge 3 points clear of 3rd placed Anna Muzychuk and Harika Dronavalli, but Vaishali also won her final four games and is just a single point behind. 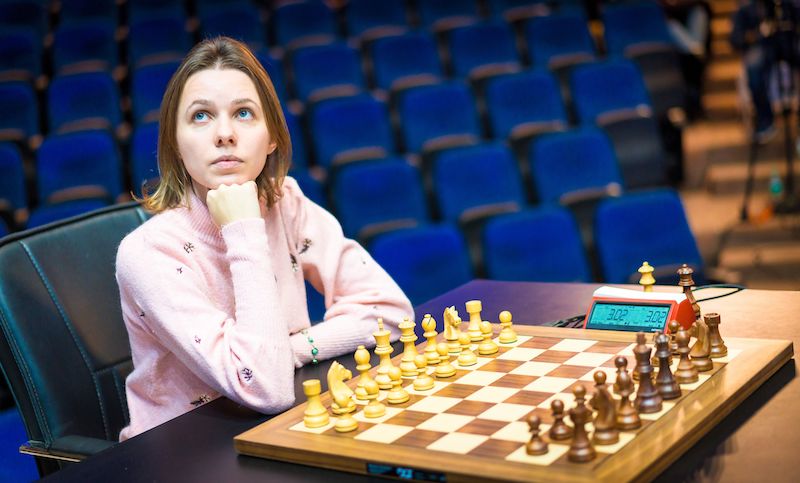 Can Mariya Muzychuk hold on to win the title? | photo: Lennart Ootes

The final day of Tata Steel Chess India begins an hour earlier on Sunday for both tournaments: