Wesley So has opened up a 1-point gap on the field with only three rounds of the 2017 Tata Steel Masters to go. He outprepared the brilliantly prepared Radek Wojtaszek and went on to make the rest look very easy. Levon Aronian scored a beautiful win over Richard Rapport to move into a tie for second with Carlsen, Eljanov, Wei Yi and Sergey Karjakin, with the latter winning the all-Russian derby against Dmitry Andreikin. In the Challengers the leaders drew to allow Jeffery Xiong to join them in the battle for a Masters place next year. 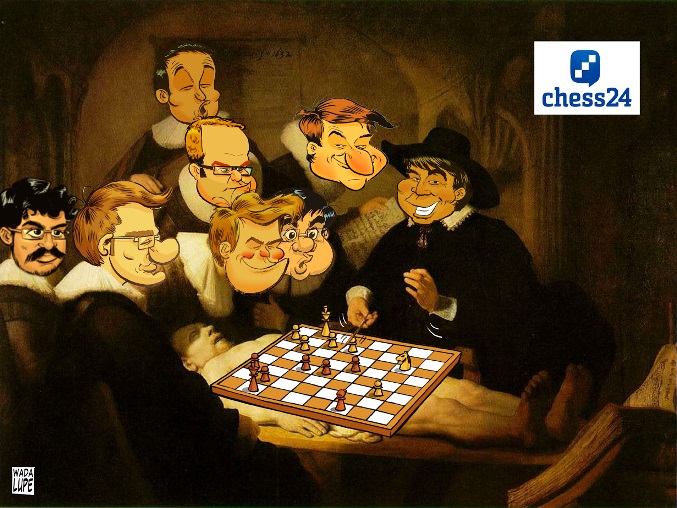 On a day when the players visited the Frans Hals Museum in Haarlem, Wesley So gives a chess postmortem in honour of another Dutch master

The Tata Steel Masters went on its final tour day on Wednesday, with the players visiting the Frans Hals Museum in nearby Haarlem before playing the games in the Philharmonia:

We got three decisive games, with at least two of them works of art:

Wesley So has now climbed to 2820.1 on the live rating list after his efforts in the Haarlem Philharmonia | photo: Alina l'Ami, Tata Steel Chess

Wesley So would admit afterwards:

Before this game I had a series of four draws, so I was kind of worried if I was going to win again, so today is a relief.

Wesley had made it his trademark to claim 9-round events by winning 3 games and drawing the rest, so perhaps it was fitting that in Round 10 he picked up another win and greatly increased his chances of starting 2017 with a supertournament victory. It’s noteworthy that he’s already played all but Wei Yi in the 5-man chasing pack.

The victory over Radek Wojtaszek was yet more evidence that So has added superb opening preparation to his already formidable practical skills. Wesley was in his own private “theory” until he played 18.b4:

So recommended 18…Be6 as potentially equalising instead of Wojtaszek’s 18…Qe7, when 19.Qb2 maintained the pressure on the black position. Desperation had clearly set in for the Polish no. 1 after 24.Nb3, yet again taking advantage of the pin along the a-file:

24…Nd7!? was an attempt to finally develop, but 25.Bxb7 was a heavy price to play, with the remainder of the game essentially forced until Wojtaszek resigned with the b-pawn set to cost him his bishop:

Wesley talked about his win afterwards:

Levon Aronian has won the Tata Steel Masters four times, and given the form he’s displayed in his last two games with the white pieces, against Anish Giri and now Richard Rapport, it can’t be ruled out that he’ll do it again. It took him only 28 moves to blow Rapport off the board...

That beautiful game has been analysed by Jan Gustafsson:

Afterwards Levon talked about how he’d been inspired by a resemblance between a figure in a painting he saw in the museum and his attacking first coach:

Karjakin emerges from the shadows

Sergey Karjakin hasn’t been setting the world on fire in the Tata Steel Masters, but he’s now on +2 with only a calamitous loss to Adhiban having spoiled his tournament so far. 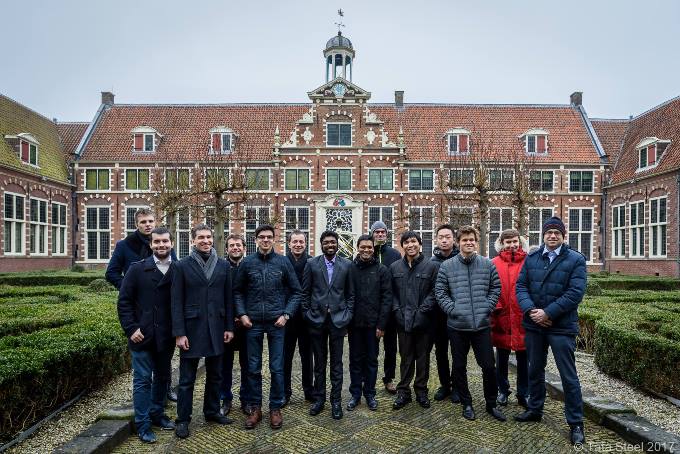 His game against his compatriot Dmitry Andreikin in Round 10 was puzzling. Dmitry did well in the opening, but then seemed to hurry exchanges only to leave himself in an uncomfortable position. The most picturesque position came after Andreikin played 42…d2!

43.Nxd2 Rc1 mate would of course be inadvisable for White, but after the only move 43.Ra1 Black’s problems hadn’t been solved and Sergey eventually ground down his opponent to join the group in 2nd place.

Sergey talked about overcoming his "on tour" curse:

Of the remaining games only the Dutch no. 1 and no. 2 clash Loek van Wely vs. Anish Giri was almost devoid of incident. Jan Gustafsson described their playing on in a clearly drawn position as a show of “mutual disrespect”, though from a fan perspective that’s not an unhealthy thing!

Harikrishna played the Four Knights variation against Magnus Carlsen and lived to tell the tale, though at one point the World Champion managed to sharpen things up:

There were suggestions Magnus had a tough day on tour:

Harikrishna didn’t fail to again keep us informed of his progress:

Wei Yi for a while looked to be getting the better of Pavel Eljanov with the black pieces, but in the end a piece sacrifice proved sufficient for a draw but no more:

Wei Yi has fallen just short in his last few games and faces Karjakin and So next | photo: Alina l'Ami, Tata Steel Chess

The game of the day, for a while, looked set to be Adhiban-Nepomniachtchi, with the Indian grandmaster once more managing to surprise a hugely talented and experienced opponent.

Adhiban took under 10 seconds for all of his first 19 moves, despite sacrificing a piece in a razor-sharp Sicilian:

Here Nepomniachtchi bit the bullet and took the offering with 15…gxf5. Adhiban was forced to think for himself on move 21 and proceeded to spend 51 minutes on his next two moves, only to see Nepomniachtchi blitz out the bold 22…b5!?

The exchange sacrifice proved a good practical choice, since Black soon whipped up activity and eventually it was Adhiban who decided to force a draw with perpetual check.

That leaves one man head and shoulders above the rest in the standings, though of course the 1-point gap could disappear in a single round – if Wesley So were to lose a game after 53 unbeaten! 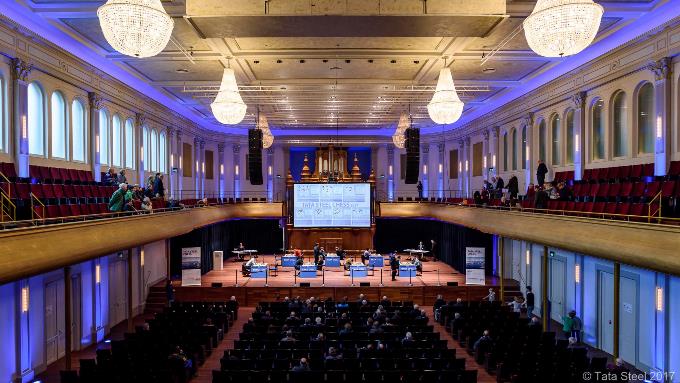 It'll be back to Wijk aan Zee for the Masters players after their trip to Haarlem | photo: Alina l'Ami, Tata Steel Chess

In the Challengers, meanwhile, Markus Ragger and Ilia Smirin were both held to draws, enabling Jeffery Xiong to join them on 7/10 by beating Sopiko Guramishvili. Unlike in previous years there are no runaway leaders, with six players within a point of first place with three rounds to go – and the prize of a place in next year’s Tata Steel Masters at stake.

Thursday is a rest day for the Wijk aan Zee players, but not for one half of our commentary team, as Jan Gustafsson will be taking on the world once more in a Banter Blitz session:

You can also watch the Tradewise Gibraltar Masters and may want to catch up on some of the Round 10 commentary from Jan & Lawrence:

After the rest day the final three rounds take place on Friday, Saturday and Sunday. In Round 11, So has Black against Andreikin, who’s on a run of two losses in three games, while Carlsen had probably pencilled in White against Adhiban as a must-win game, at least before the tournament began. Wei Yi – Karjakin will be another important clash in the race for first place.

Don't miss live commentary with Lawrence Trent and Jan Gustafsson from 13:30 on Friday. You can also follow the games in our mobile apps: