Ju Wenjun leads Tan Zhongyi 3.5:1.5 going into the second half of the Women’s World Chess Championship after the players traded wins in Games 4 and 5. Tan Zhongyi bounced back from two losses in a row to win her first game of the match by beating Ju Wenjun with the Trompowsky, and as she had White again in Game 5 she could dream of levelling the scores before the match switched to her home city of Chongqing. Instead her decision to play 1.e4 for almost the first time in her career backfired badly as she lost a second game with the white pieces. 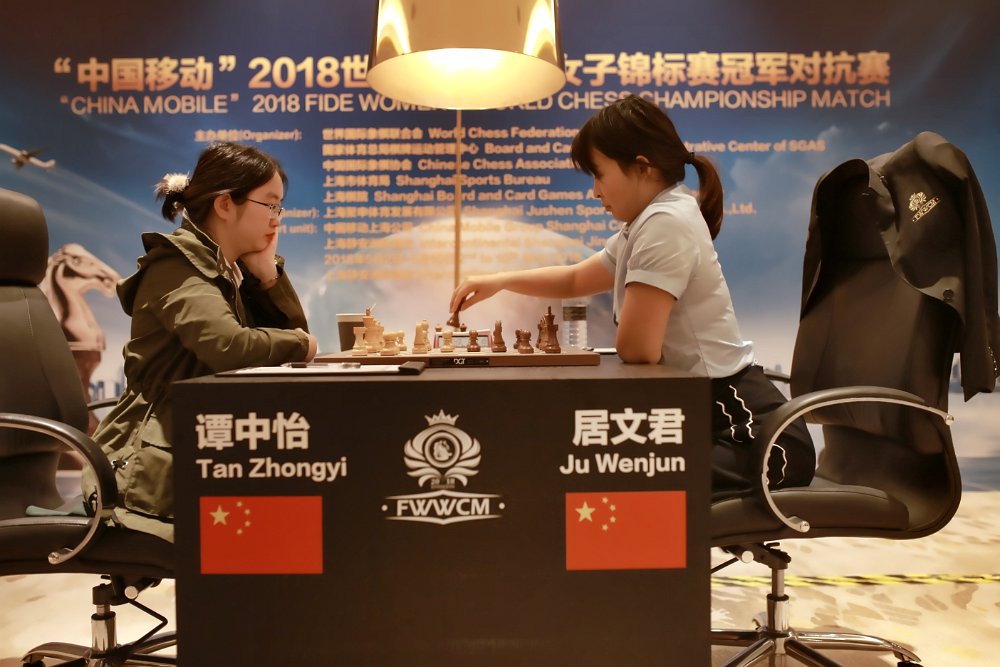 The sword has so far proven to be stronger than the shield in China:

The 2018 Women’s World Championship has been all about the players trying to surprise each other in the opening, and the surprise as a spectator has been how often they’ve succeeded very early on. For instance, Magnus Carlsen’s use of the Trompowsky (1.d4 Nf6 2.Bg5) in Game 1 of his match against Sergey Karjakin came as a mild surprise to the Russian, but his team had of course come up with a plan for that eventuality. In Shanghai, meanwhile, after 2…d5 3.Nd2 (admittedly a slightly rarer move than Magnus’s 3.e3), Ju Wenjun already sank into a 13-minute think, with another 9 minutes slipping away on the next move. 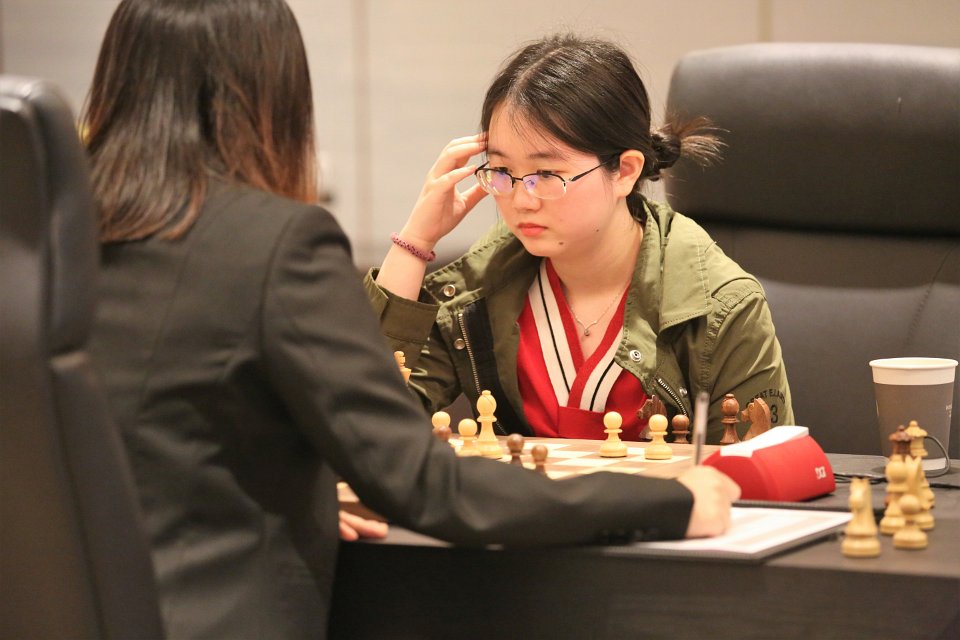 Tan would later say that her problem in other games had been not that she was underprepared but that she “prepared too much and was confused”, while here she decided to “skip the opening” and go for a fight. That might not have proven a great strategy if not for Ju’s decision on move 23:

23…Nxd2? gave away the pride of Black’s position and saw the computer’s evaluation swing in White’s favour. The position remained roughly equal, though, until 24.Rxd2 g6 25.Qh3 Bc8 26.Rg2 was followed by a thematic blunder for the match:

In the previous game Zhongyi had destroyed her position with 14…g5?, while here Ju Wenjun's 26…g5? left the black king fatally weakened (any rook retreat is good), though time trouble played a part in how quickly the black position collapsed. 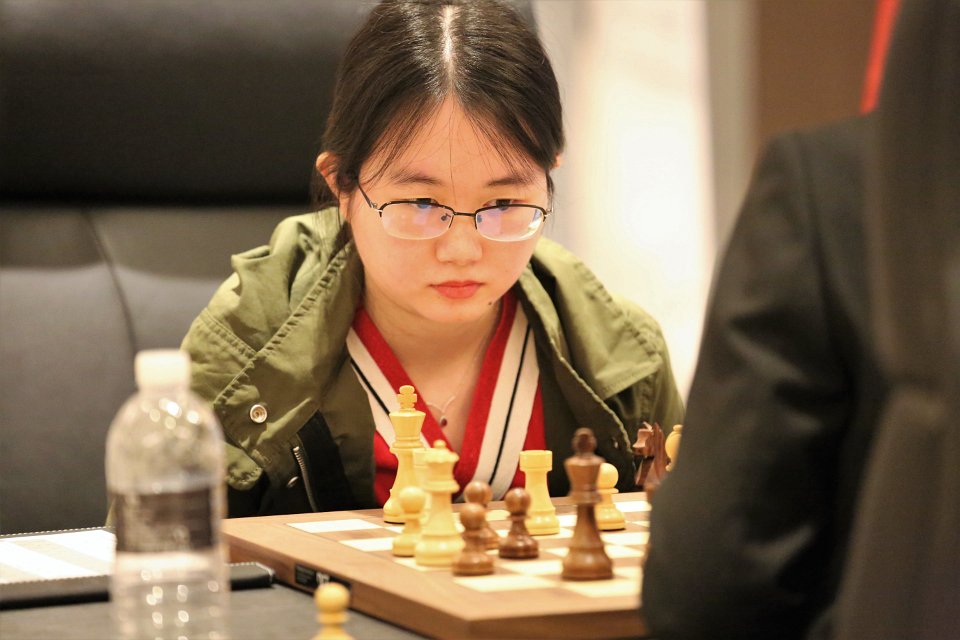 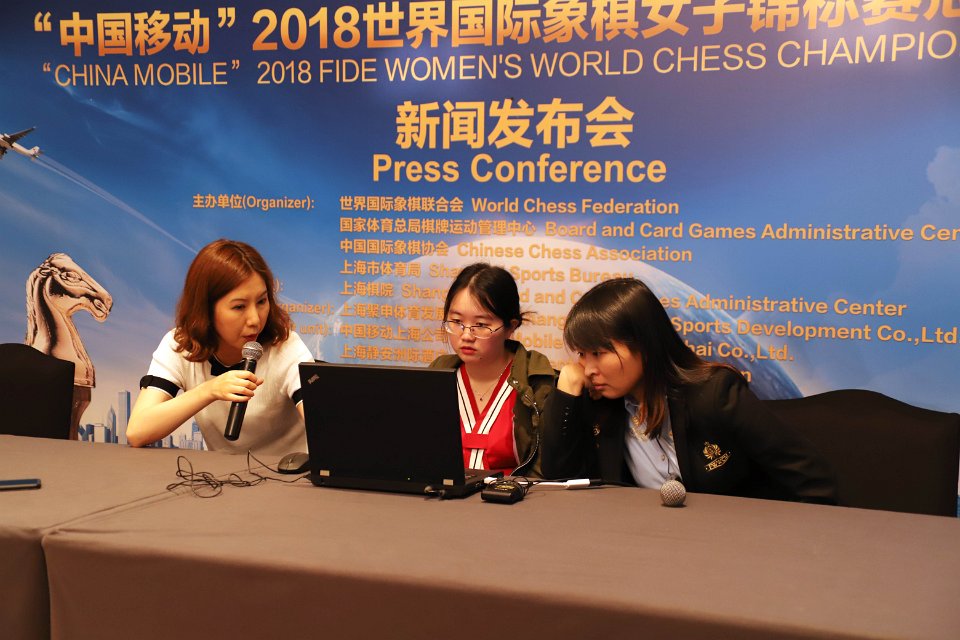 Where did it all go wrong? | photo: Gu Xiaobing, official website

That game was followed by a rest day, with Tan Zhongyi noting she’d slept all day on the first rest day and it hadn’t worked out for her. This time she was planning to go out of her hotel, but the end result wasn’t any better… 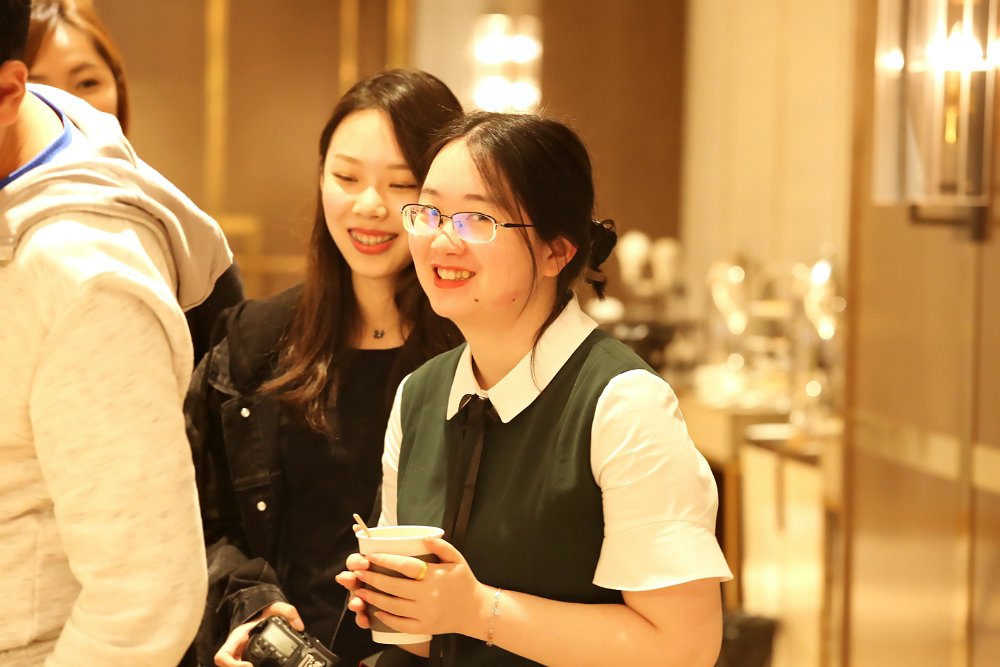 Tan Zhongyi's spirits seemed to have been lifted by her win  | photo: Gu Xiaobing, official website

To try and lessen the advantage of having White in the first game (a match may end before there’s been a chance for both players to have the same number of Whites), the colours didn’t switch before Game 5, so Tan Zhongyi had White again and a chance to level the match. 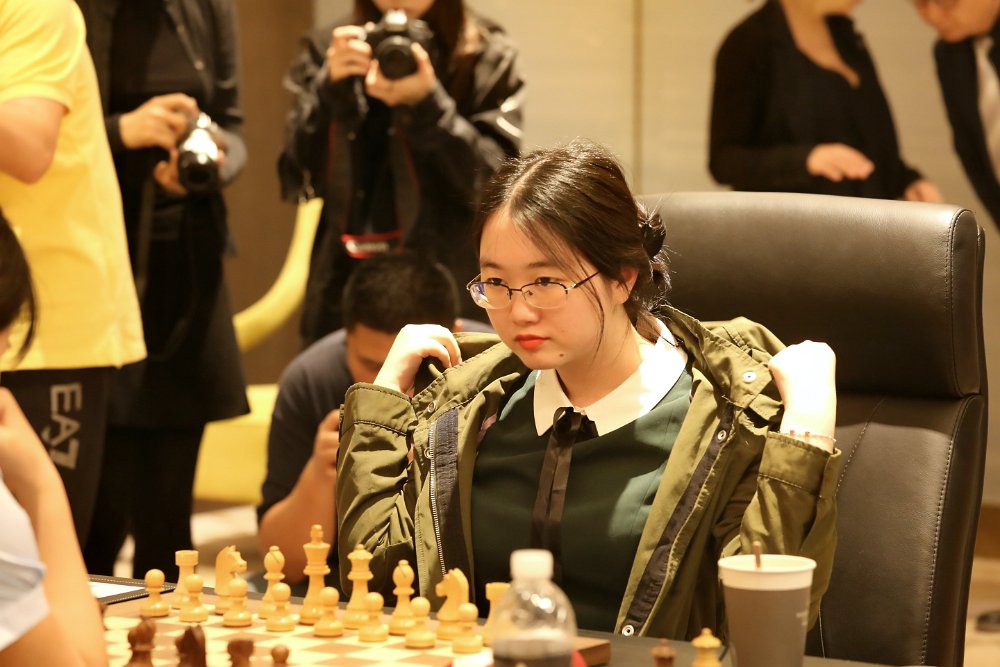 This time the desire to spring an early surprise saw her begin 1.e4, as she never does, and then after 1…e5 play 2.Bc4, the Bishop’s Opening. There are dangers to playing an unfamiliar opening in such a high pressure situation, though, and Tan admitted afterwards she had no deep preparation but simply wanted to "skip the opening" again. That dream ended as it so often does in chess, with Tan Zhongyi already in serious trouble by move 12:

She spent 18 minutes on the dubious 13.d4?! and after 13…e4! it was clear Black was the one playing for a win. Once again things escalated fast, and by move 19 desperate times called for desperate measures:

Here Tan Zhongyi sacrificed a pawn with 19.Ne5!? Bxe5 20.dxe5 Bxb5 21.axb5 Rxe5. Both players criticised that decision afterwards, but the sad fact is that there already seems to be nothing better. White’s hopes lay in the bishop pair, but in what followed it was Black who got to do all the attacking, with the knights tormenting the white king.

Once again the final stages were brutal: 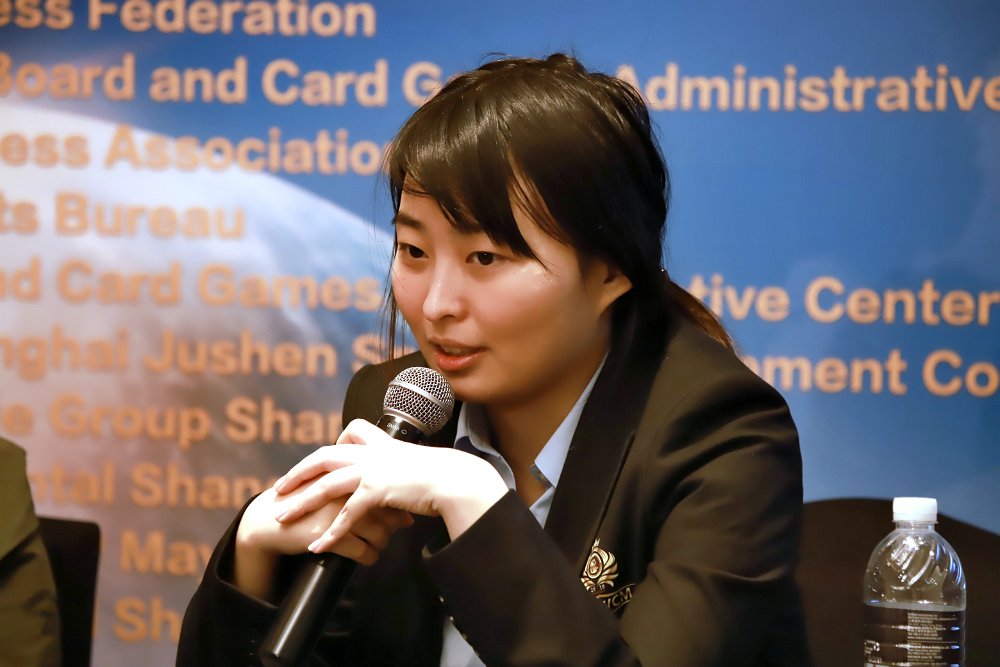 A smile to sum up the match situation | photo: Gu Xiaobing, official website

That means Ju Wenjun has restored a 2-point lead at the halfway stage:

Ju Wenjun needs two more wins to reach a winning 5.5 score, but at least Tan Zhongyi has tasted blood and knows she still has a chance when the match now switches to her home city of Chongqing. The travel involved means that the players now have two rest days before Game 6 on Saturday May 12th. Follow the action here on chess24 from 09:30 CEST.