Vishy Anand beat Hikaru Nakamura in an opposite-coloured bishop ending to catch Shakhriyar Mamedyarov in the lead with one day of the Tal Memorial Rapid to go. Remarkably, that was one of only three decisive games in the 15 played, with Daniil Dubov losing the other two with the black pieces as he was given some free coaching by his coach Boris Gelfand and Vladimir Kramnik. That was far from the whole story, though, with plenty of chances squandered. 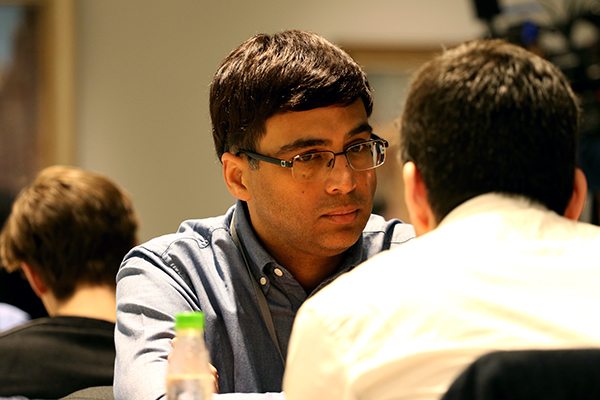 Anand had a tricky start to the day but ended as co-leader | photo: Eteri Kublashvili, Russian Chess Federation

You can replay all the games from the Tal Memorial using the selector below – click on a result to open the game with computer analysis or hover over a player’s name to see all his results:

Rewatch the live commentary with Viktor Bologan and Evgeniy Miroshnichenko, which includes an interview with Vishy Anand at the end:

Let’s take it round by round…

All five games were drawn in the first round of the day, though none of the games were mere formalities. Dubov-Grischuk and Mamedyarov-Nakamura were tense opening struggles that fizzled out to nothing, while an in-form Sergey Karjakin would surely have given up his queen in the following position against Ian Nepomniachtchi: 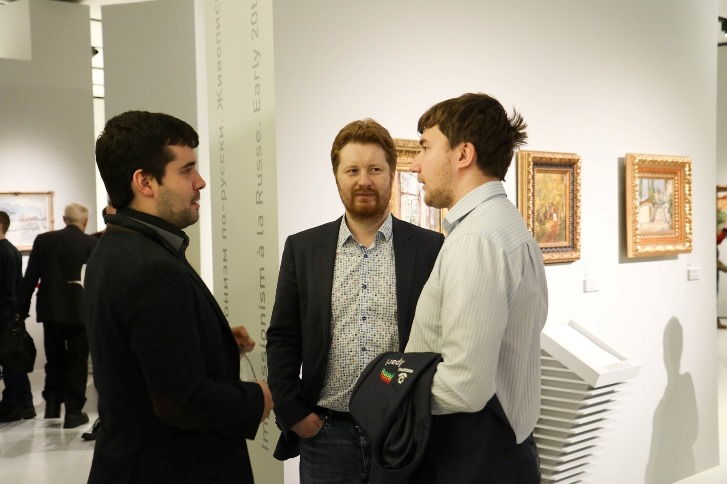 The battle went on elsewhere, with Peter Svidler coming close to putting Friday’s bad start behind him by beating his lifelong nemesis Vishy Anand. The game reached this ending, with White a pawn up:

Vishy would say later that he was “let off the hook” and assessed the position as “busted”, though he also noted that neither he nor Peter had seen a clear win in the 14 moves that followed. 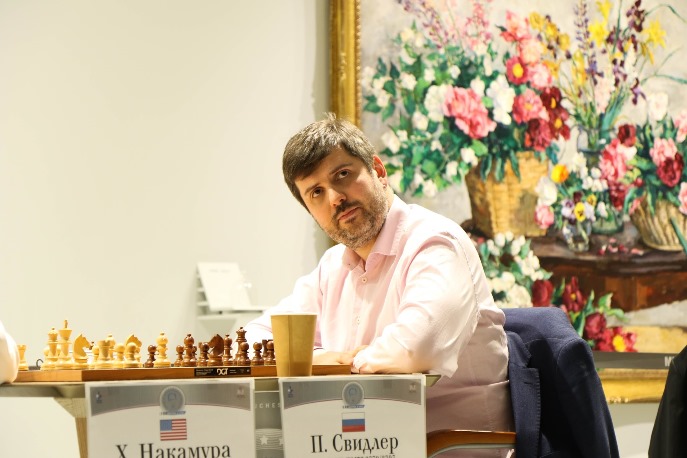 It was a strange day for Peter, who had winning chances in all three games | photo: Eteri Kublashvili, Russian Chess Federation

It was easier to spot the blunders in the other game, though perhaps blunder isn’t the right word for Vladimir Kramnik’s wildly optimistic sacrifice against Boris Gelfand: 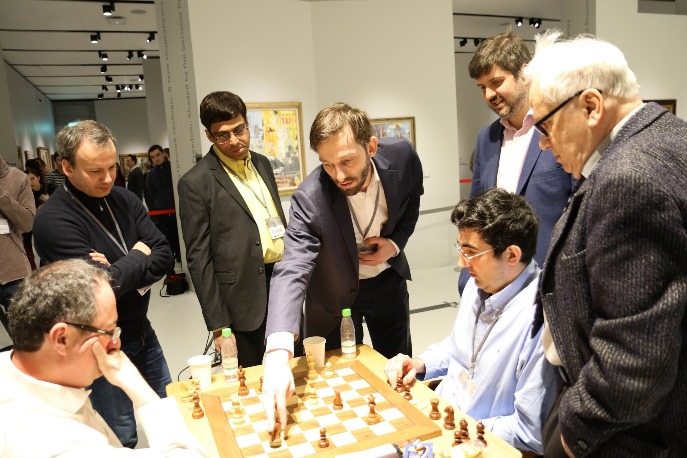 Round 5: A free lesson

If the draws were all hard-fought in Round 4 you couldn’t really say the same about Round 5. There were smiles all round as Anand and Kramnik consulted with the arbiters as to whether there was anything to stop them drawing their game in 16 moves (there wasn’t). Friends and chess seconds Karjakin and Mamedyarov perhaps ended up playing longer than they intended, but their 37-move game never really seemed likely to end with blood spilt. 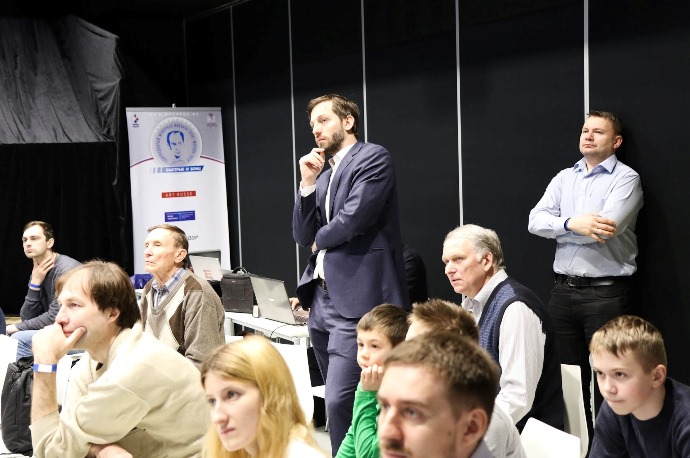 The computer spotted a nice temporary piece sac for Grischuk against Nepomniachtchi:

The other draw saw Svidler again come close to a technical win only to again perhaps overcomplicate matters, this time against Hikaru Nakamura. That leaves Gelfand-Dubov, where Boris Gelfand, who has been working with Dubov, showed his 21-year-old student how to smoothly refute your opponent’s attempt to whip up counterplay in a bad position. 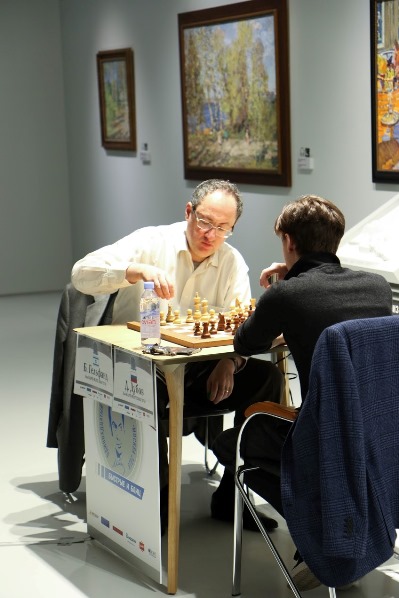 Gelfand is on 50% after one loss to Nakamura and the win against Dubov | photo: Eteri Kublashvili, Russian Chess Federation

Round 6: Change at the top

Anand and Kramnik’s quick draw proved to be just what the doctor ordered, as they both went on to win with White in the final round of the day. Something had gone badly wrong for Dubov when he allowed Kramnik to play 21.e6!

There are already no good options, though 21…Qc8?! 22.Bh6! accelerated the end. The rook can’t move or the pawn capture on f7 is deadly, while after 22…f5 Kramnik took on f8 and b7, and there was only so long Dubov could keep on playing an exchange and a pawn down against the former World Champion. 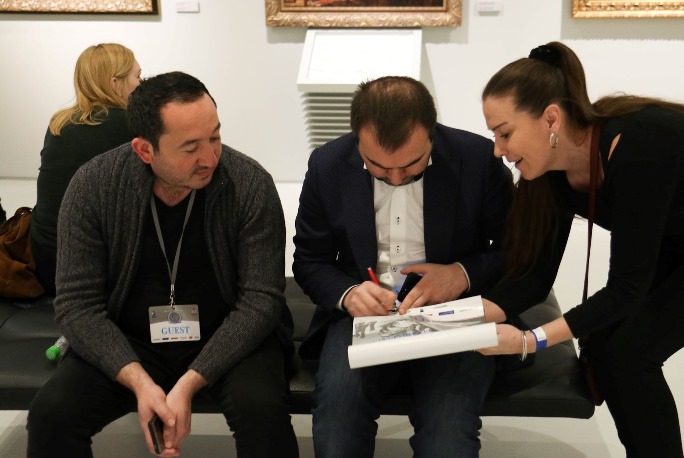 Mamedyarov had a quiet day, but was made to work away from the board | photo: Eteri Kublashvili, Russian Chess Federation

Mamedyarov-Grischuk and Nepomniachtchi-Gelfand were uneventful draws, which was something you certainly couldn’t say about Svidler-Karjakin, which was more of a homage to their crazy 2015 World Cup final, though with a different outcome to all the games there. Peter was doing well out of the opening, but then things got out of hand and, in the following position, Black is on the verge of victory:

The winning idea for Black here is a double attack on the white minor pieces on b4 and e4, though it takes a little subtlety. 29…Bxe4! 30.Bxe4 Qa7+!, with the idea either of exchanging queens and then winning with Rc4, or doubling the double attack by bringing the queen to d4 and the rook to c4, can’t be parried.

Instead Karjakin immediately played 29…Qc4?, which would have allowed 30.Qxc4 Rxc4 31.Nd6!, defending. Instead of that simple idea Peter came up with 30.Nf6+?! gxf6 31.Bxb7, which again could have ended badly after 31…Qd4+!, with the black queen and rook ready to interact powerfully on the dark squares. Instead after 31…Qxf1? 32.Kxf1 Rc4 Svidler had the superior pieces, and when he eventually eliminated the black b-pawn it was only a question, for a third round in a row, of whether he could win or not.

Which Karjakin will turn up at the Candidates Tournament next week? | photo: Eteri Kublashvili, Russian Chess Federation

Sergey hasn’t made much of an impression in Moscow so far, but suddenly he looked like the Minister of Defence again. This is the position when after manoeuvring for 30 moves it looked as though Svidler might fulfil his dream of putting his king on e8 and winning the f7-pawn:

Karjakin had been harassing the white bishops and king with his rook, but he spotted the exact moment to switch his approach: 82…Kh7! 83.Kd8 Kg6 84.Ke8 – the king has made it, but… 84…Rf2! 85.Bb5 Rxf6! and it was a draw, Sergey’s 6th in 6. As has become traditional in such situations, the drawmeister took to Twitter!

Mamedyarov’s three draws for the day would have been enough to keep the sole lead if the battle between 2nd placed Vishy Anand and Hikaru Nakamura had ended in a draw, but instead it was Vishy who ended on a high. Nakamura seemed to realise too late that the exchange of queens left Black in an unpleasant position, and after some deep thought he came up with a plan to go for an opposite-coloured bishop ending a pawn down. It may have been possible to hold (36…Bg2! immediately was a better try), but in the end he might have been left with a feeling of déjà vu. Vishy certainly had that, commenting afterwards on how this had happened to Nakamura before against a certain Garry Kasparov – it’s tough playing legends!

So going into the final three rounds on Sunday we have two leaders, Mamedyarov and Anand, though with another five players within a point of the lead!

Tune in for the final three rounds of rapid at 13:00 CET on Sunday, with Alexander Morozevich returning for live commentary in English.