chess24 is proud to bring you a new video series by none other than super-grandmaster Peter Svidler! The 7-time Russian Champion, world number 13, anglophile, sci-fi, cricket and US-TV addict, renowned writer and commentator on chess, fellow Game of Thrones scholar and father of twins from St. Petersburg hardly requires an introduction. 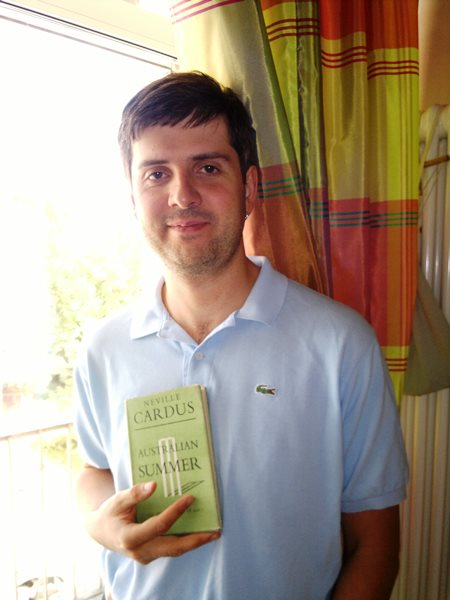 In his new series - A personal look at Mikhail Tal's games - Peter gives his insights into the games of the 8th World Champion.

Let's ask the author himself why he chose Tal as a topic, what he expects from Norway Chess and the Olympiad and what to watch on TV!

Jan Gustafsson: Peter, we just published your video series on the 8th World Champion Mikhail Tal. Why did you choose Tal?


Peter Svidler: As I somewhat stumblingly tried to explain in the intro, I always felt a great sense of affinity with Mikhail Tal. A lot of it was to do with his playing style, which I can't pretend I copied, but I think it’s what most of us aspire towards in our best games: free-flowing, intuitive, exciting.

But no less important to me was the sense I got from the stories told by people who knew him well - that success didn’t change him, perhaps uniquely among the World Champions, with the possible exception of Vishy. He achieved the ultimate goal we all strive towards, but without becoming a different, harder, less open person.

Did you ever get to meet him? 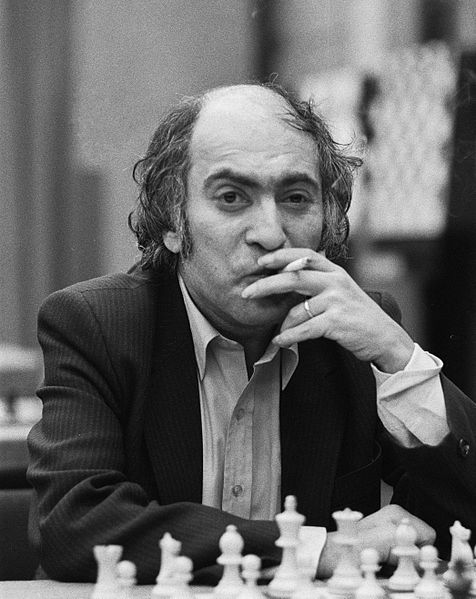 I saw him from across the hall in 1992, shortly before his death, during the Alekhine Memorial qualification rapid, I think, or possibly the open.

That counts in my book. Speaking of books, Tal’s Life and Games is probably my favourite chess book. Did you get to read that at an early age and is there anything else you read on him or by him that influenced you?

I did read the bio, and the books on the World Championship matches - but for me it was always the games and the stories. I don't think I can name one single thing that stands out - it was this general feeling that he, more than anyone else, was someone I wanted to be like.

Is your series a collection of Tal’s best games?

Not necessarily, though some of the better known, definitely. There’s also a common theme, I think – mind over matter or, if I want to get all lofty, imposing your will on stubborn reality. It’s very striking to observe how he bends the course of the game to his will.

Tal had a bit of a transformation later in his career, from being a firebrand to becoming a fine positional player who went on a streak of 95 unbeaten games. Do you feel you’re undergoing a similar transformation now that you’re almost an elder statesman of the chess scene?

Well, I’m definitely an elder, but how much of a statesman is for others to judge. I think this kind of transformation is natural, and perhaps inevitable, over time. Still, his example shows that pigeonholing a talent as vast as his is never a good idea.

Moving on to your career, you’ll shortly play in Norway Chess, one of the strongest tournaments ever. Are you excited to play or does the powerful field make you a little nervous?

A bit of both, clearly, but it's exactly the kind of tournament I’ve loved throughout my career, so more excited than worried. I even did some work!

Great, your secret that you prepared the Hartlaub Gambit is safe with us! chess24 headquarters will root for you, even though we’ll miss you in the commentary booth... Last chess question: do you already know if you’ll represent Russia at the Chess Olympiad in (hopefully) Tromsø?

Seems so, provided it takes place - my mother proudly informed me I was named as one of the four people who will play a few days ago.

This is where the 'you can't always trust your mother' clip from Lou Reed's Last Great American Whale should go. Scroll to 0:57.

No reserves for Russia?

I think it means they're still debating who the 5th will be - but I've had no official confirmation of any kind, and don't really want to speculate.

It’s well-known by now that it’s in your chess24 contract that we have to talk movies and TV shows every time we interact. So let’s cover some important topics: Who’s your favourite Game of Thrones character?

Sadly I won't be very original here. Tyrion and Oberyn. Darn you, I want to give a more interesting answer, but it would include major spoilers.

You should start watching everything that starts with "Or" and ends with "Black". (Peter is referring to the new hit shows "Orphan Black" and "Orange is the New Black")

Knowing you personally - don't bother with Mad Men, but definitely finish Breaking Bad - how is it you haven't yet?

Just didn’t care about Walter White after season 2 – if he breaks even badder or redeems himself or whatever. I was indifferent about him and that Jesse dude. Still will do, as peer pressure is becoming overwhelming.

Is the new X-Men movie going to revive the superhero genre?

I’m considering getting out of the house for X-Men, but I hate going to the movies alone, my family isn’t big on the franchise and my best friend got married in Paris a week ago. It was a fabulous ceremony and I’m very happy for him - but he’s now lost to the world, obviously. It leaves me in a bit of a quandary.

I’ll take that as a yes. Peter, thanks a lot for your time! I might even watch your Tal series before starting Breaking Bad. And best of luck in Norway Chess!

If you wanna hear what Svidler has to say about Tal as well, you can find the whole series by following the link below: