Anton Korobov leads the Superbet Rapid & Blitz after crushing Vishy Anand with a kingside attack in the first round of Day 2 and then completely turning the tables on Wesley So in the last. It was a day of ups and downs for many of the stars, with wild card Vladislav Artemiev the only other player not to lose as he took down both leader Anish Giri and world no. 2 Fabiano Caruana. 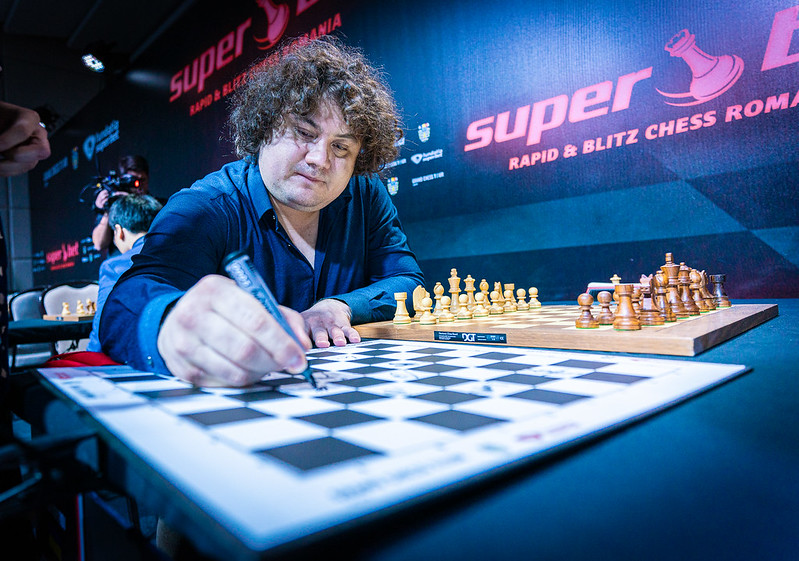 You can watch all the games from the Superbet Rapid & Blitz using the selector below: 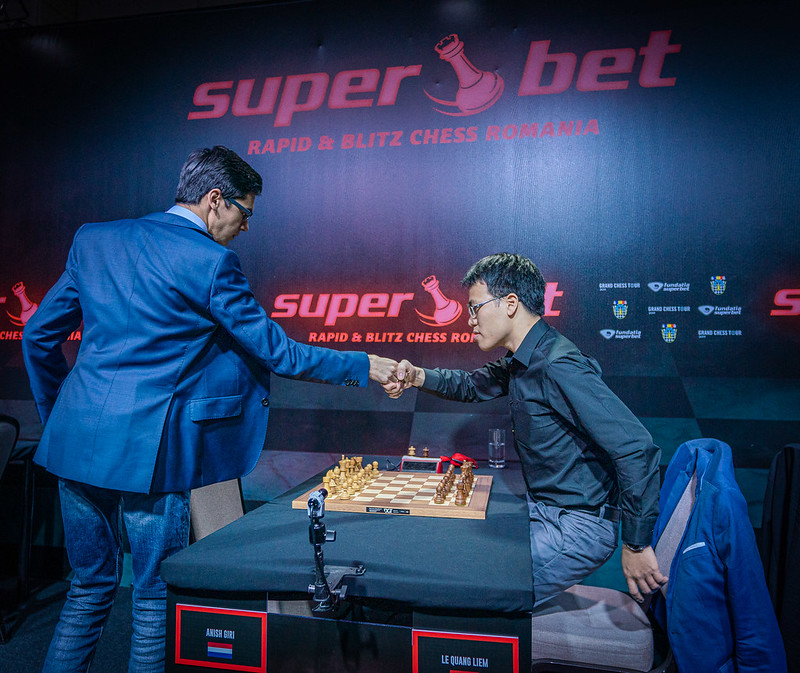 Anish Giri started the day as sharply as he’d ended the previous one to beat wild card Le Quang Liem, but he may have lived to regret his comments afterwards about how tough it had been for him to be a “wild card” for the first time in the Grand Chess Tour: “I felt humiliated – an asterisk next to my name – everybody felt they had to beat me!”

This was to be the day of the wildcards, with Anton Korobov going some way to justify his world no. 4 live rapid rating (below only MVL, Carlsen and Ding Liren) by blowing Vishy Anand away. The 5-time World Champion was overly optimistic when he played 20…f5?, leaving the g6-pawn alive:

After 24…Bxb5 even just taking the bishop should be winning, but no-one with the qualities Korobov said the day before were necessary for rapid chess (“mental strength, commitment and physical power”) could resist 25.Qxh5! and the dual threat of mate on h8 and taking on f5 left Black without a defence. Vishy threw in the towel after 25…Kf8 26.Rxf5 Qxb2 27.Ne5+ 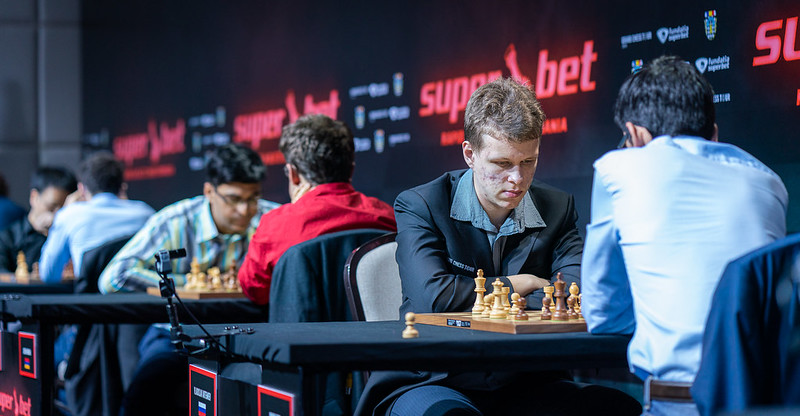 In Round 5 it was Anish Giri who got to feel the wrath of the wild cards, as the confidence he said you feel when you’re finally not a wild card led him astray after 20.f4!

Black could essentially do nothing, or take on e5, or play 20…f6, and have a decent position, but what he went for was the optimistic 20…Qxb2? There was a reason for keeping the e5-bishop pinned against the queen on h5: 21.Bxg7!! was a killer:

Artemiev followed 21…Kxg7 with 22.f5! and there was no way for Anish to hold his ruined kingside together.

That defeat for Giri allowed both Korobov (with a very comfortable draw against Mamedyarov) and Caruana to join Anish in the lead, with Fabiano doing it in real style after Le Quang Liem lost his way in what had been a good position. Fabi’s 31…Nd3! posed existential questions:

Once again, however, that pain inflicted on a wild card was avenged by another wild card, as in what Artemiev called “my first official battle with Fabiano Caruana” (we like the attitude!) he was the one wielding the black knights:

The other winner was of course the other wild card, Anton Korobov, who took down Fischer Random World Champion Wesley So. Anton’s post-game interview was wonderful, as he began from the position after move 12, commenting, “Here Black is strategically lost, so it’s time to resign!” 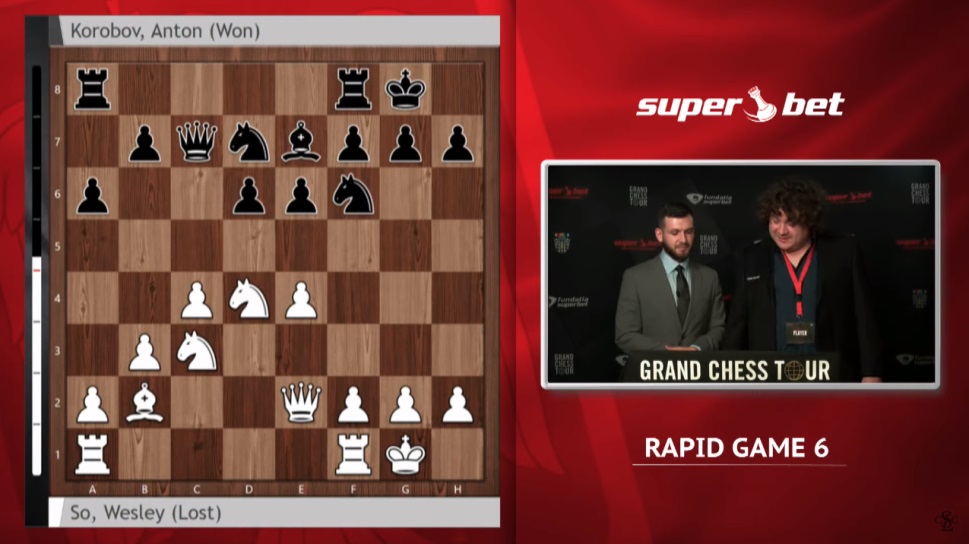 Later Anton explained, “so here is the task: not to lose immediately!” and when explaining his h6 he said he wanted to put a piece on g5, “And this victim will protect the king for a few moves!” One or two inaccuracies from Wesley, however, and the counterplay was real, until 35…g5! abruptly ended the game:

The resignation hid the beautiful point, which is that 36.Qe1 now runs into 36…Rh3!, and white can only choose to get mated on g2 or h2. 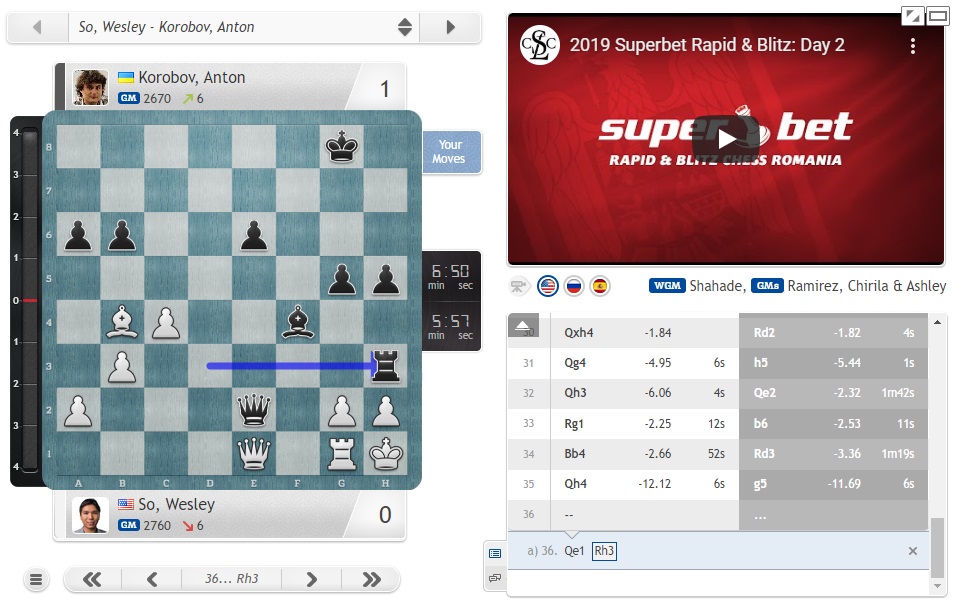 Don’t miss Anton’s description of that game, and you can also rewind for the whole day’s show:

So after two days we have a clear leader in Korobov and a clear second place for Giri: 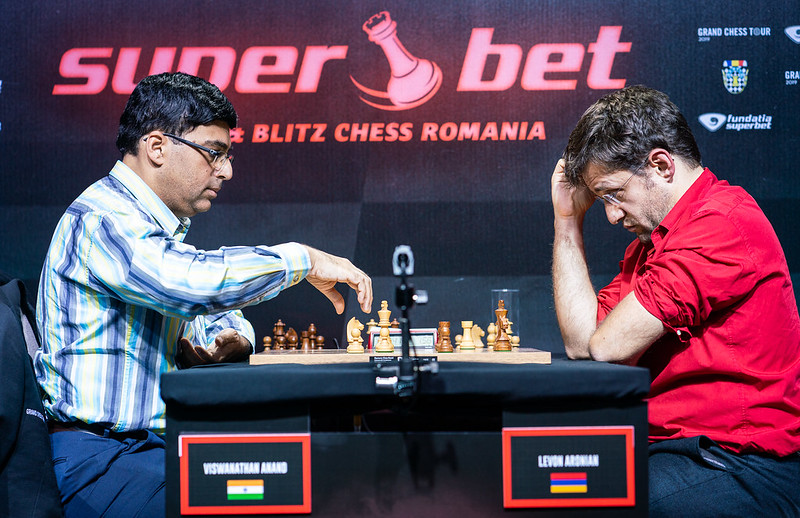 Vishy Anand is in joint third place after bouncing back from his loss to Korobov to beat Levon Aronian in the next round | photo: Lennart Ootes, Grand Chess Tour 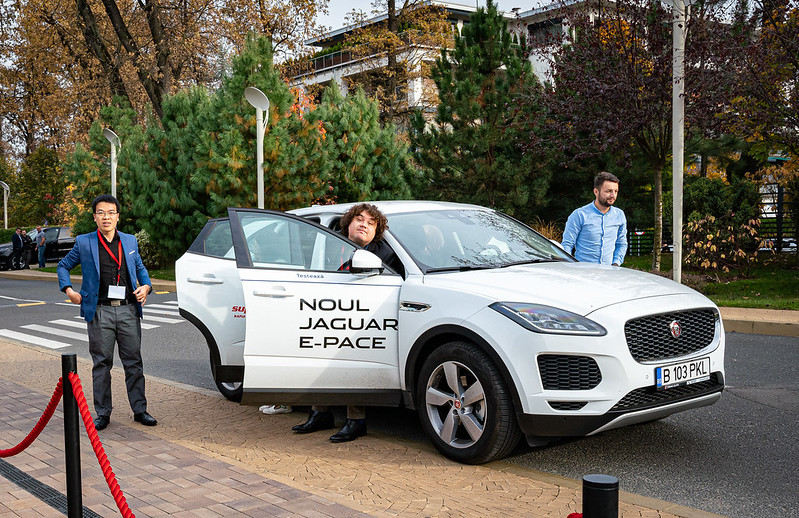 There’s one more day and three rounds of rapid chess before we get to what’s already promising to be an impossible to predict final 18 rounds of blitz. Tune in here on chess24 from 14:00 CET each day!