World Chess Champion Magnus Carlsen tops the field for the $220,000 Magnus Carlsen Invitational, the 2nd edition of the event that launched professional online chess when the pandemic struck a year ago. Magnus will be joined by Hikaru Nakamura, Alireza Firouzja and Meltwater Champions Chess Tour leaders Wesley So and Teimour Radjabov as the 16-player tournament starts on Saturday March 13th. Breakthrough Initiatives and Breakthrough Junior Challenge are partnering with the event, which will celebrate the 60th anniversary of human space flight. 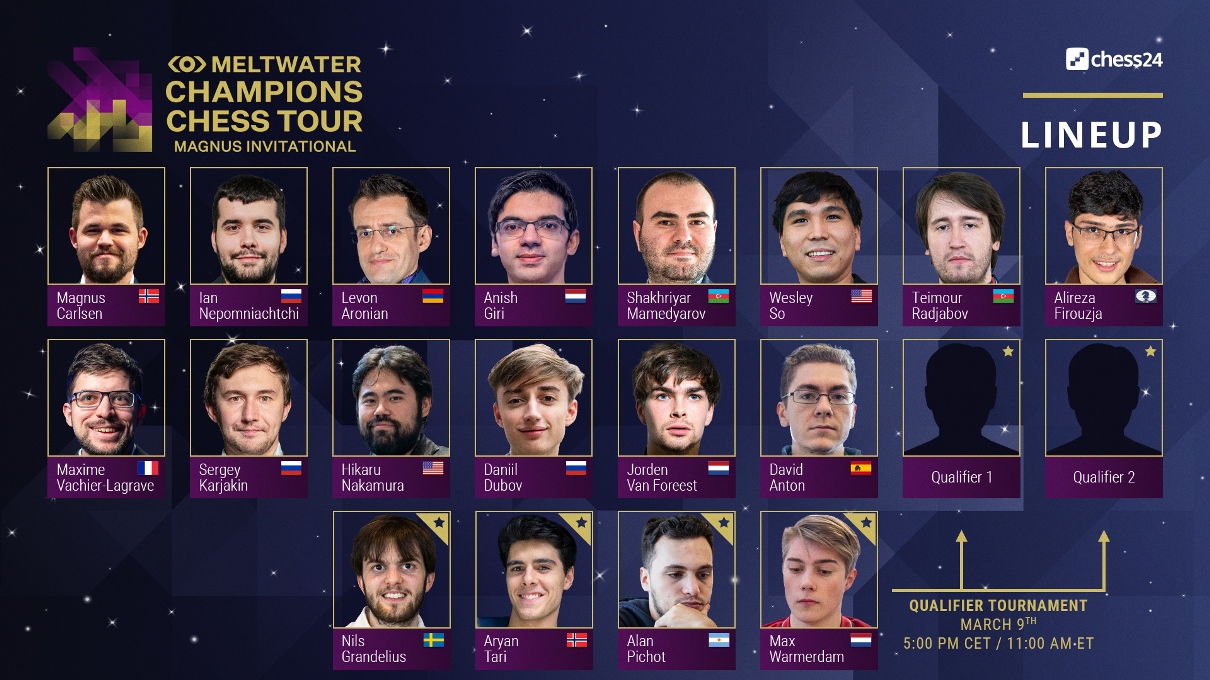 The 1st Magnus Carlsen Invitational began on April 18th, 2020 with a prize fund that was unprecedented for online chess. It came to a thrilling climax when Magnus beat Hikaru Nakamura in the final, a storyline that would feature throughout what became the $1 million Magnus Carlsen Chess Tour. The 2021 Meltwater Champions Chess Tour has built on that success with a prize fund of over $1.5 million, with the 4th event featuring another incredible field.

The original plan was to have 12 players in the three Major tournaments, but we’ve decided to expand to 16 to ensure maximum excitement in the preliminary stages, where 8 of the 16 players will be eliminated after 3 days. 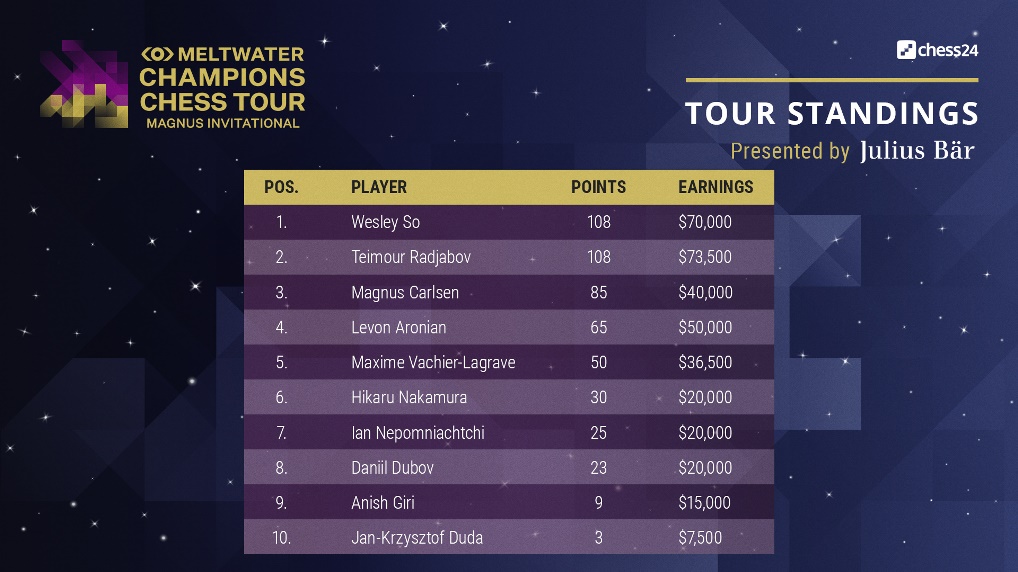 We also have Dutch no. 1 Anish Giri and reigning Spanish Champion David Anton, who were voted back by chess24 Premium users. 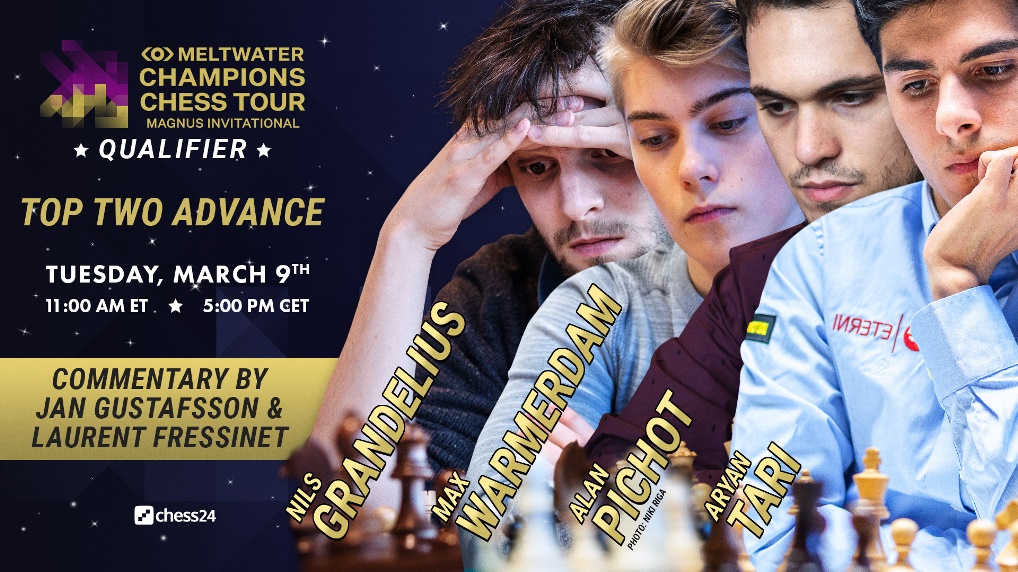 The qualifier at 17:00 CET today will be a double round-robin at a 10 minutes + 5 seconds a move time control. If there’s a tie for a place in the Tour there will be two 5+3 games followed, if necessary, by Armageddon.

Jan Gustafsson and Laurent Fressinet will commentate on the action which you can follow live here on chess24.

The Magnus Carlsen Invitational then starts Saturday and runs for 9 days, with a 3-day preliminary stage followed by a 6-day knockout. 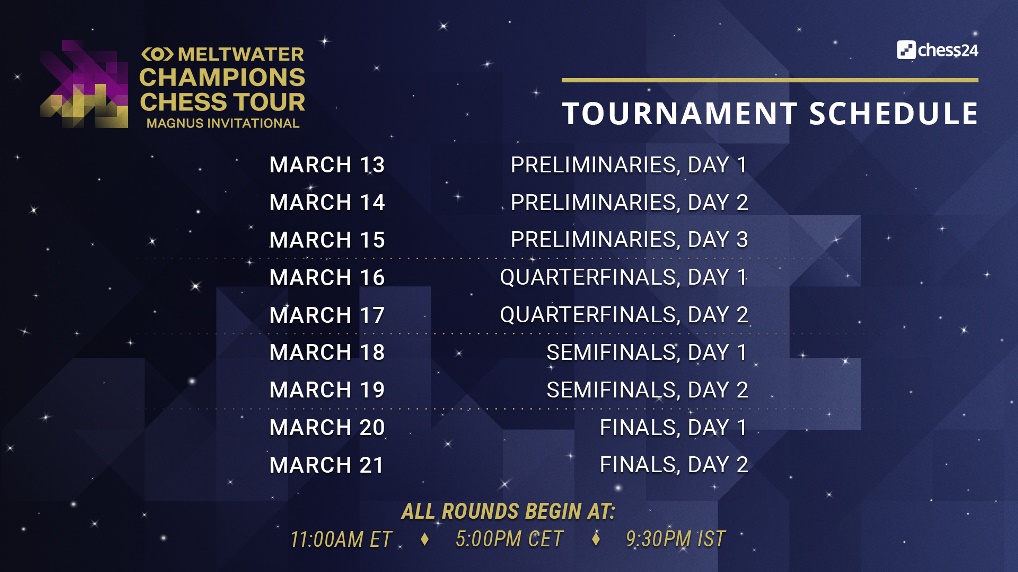 As in previous Tour events, all games are played on the new chess24 Playzone with a time control of 15 minutes per player for all moves, plus a 10-second increment per move from move 1.

In the preliminary stage each player faces each other player once, with the bottom 8 then eliminated – it’s going to be a cut-throat battle with so many top players fighting for only 8 spots. It also matters where you finish, with 1st place – and so far Magnus Carlsen has topped the preliminary stage in all three Meltwater Champions Chess Tour events – worth 20 points for this Major. 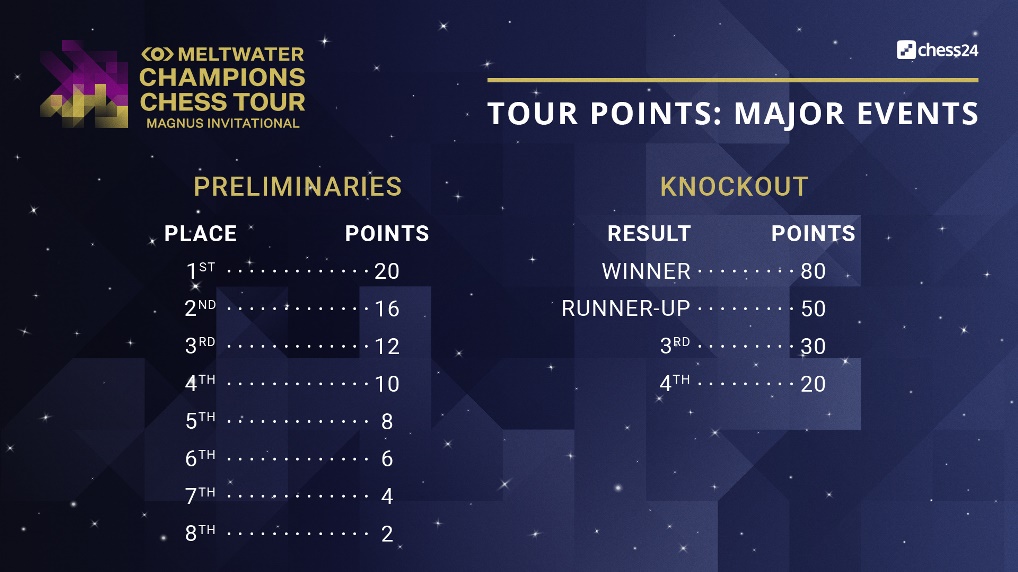 The knockout stage again sees the players compete in two 4-game matches over two days, with a playoff featuring two 5+3 blitz games and potentially Armageddon if the match score is tied at 1:1 on the second day.

The winner of the knockout will earn $60,000 and a guaranteed place in the $300,000 final of the Tour, planned for the Meltwater headquarters in San Francisco this September. 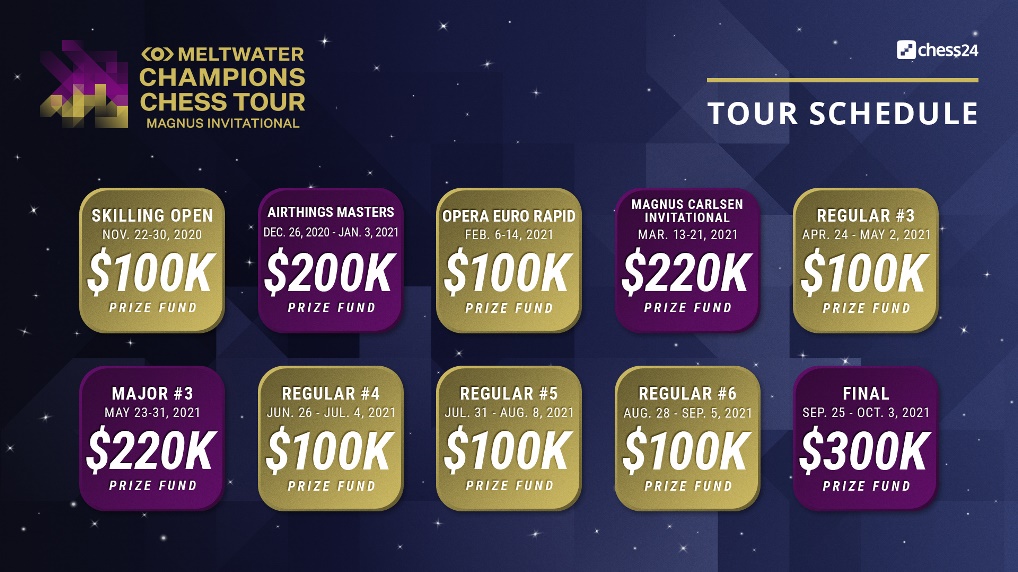 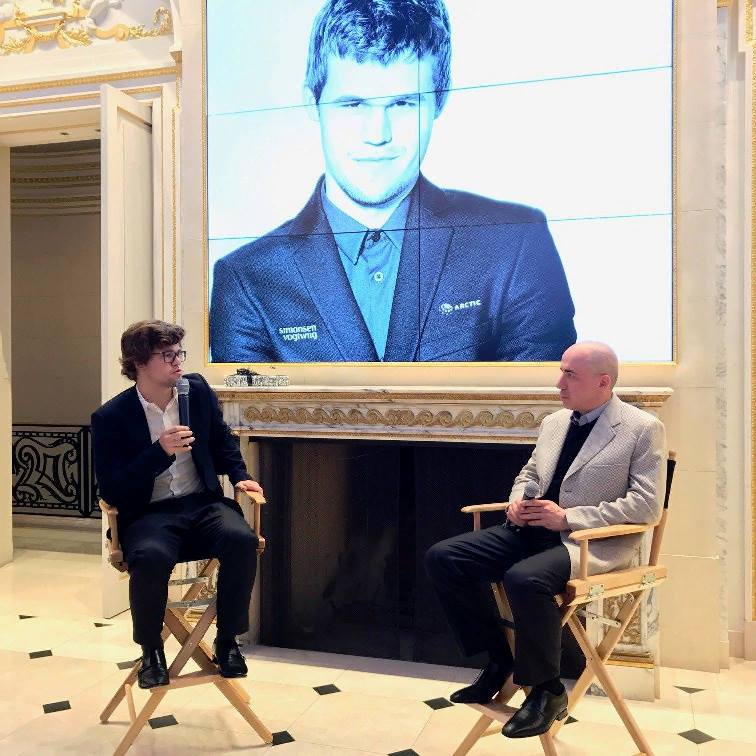 The Magnus Carlsen Invitational comes almost exactly 60 years after Yuri Gagarin became the first man in space on April 12, 1961. There will be a space exploration theme to the tournament to tie in with the Breakthough Prize Foundation, which since 2012 has been awarding $3 million prizes for major advances in Mathematics, Fundamental Physics and Life Sciences.

The Breakthrough Prize Foundation was founded by tech investors and philanthropists Yuri and Julia Milner, with Facebook founder Mark Zuckerberg and Google founder Sergey Brin among the backers. The foundation supports Breakthrough Initiatives, which aims to ask fundamental questions about our place in the universe, and the Breakthrough Junior Challenge, where young people are awarded for their ability to explain scientific theories in short videos.

Magnus Carlsen, who has met and even played chess with many of the top names in Silicon Valley, commented:


The Breakthrough Prize Foundation is simply a great non-profit. I've been involved with the Breakthrough Initiatives from the start and am always curious and fascinated by their efforts in exploring life in the universe. With this partnership, I hope the best chess players in the world can come together and bring more awareness to the Breakthrough Junior Challenge, which inspires students from around the world to explore their favorite scientific theories

Magnus, with his incredible mind and accomplishments, is an inspiration not only to chess players but to millions of young people with curiosity about deep ideas. We hope that his support for the Breakthrough Junior Challenge will also inspire them to take part this year.

Magnus was a signatory five years ago to an “Are we alone?” open letter urging a “large-scale international effort to find life in the Universe”. Magnus draws parallels between space and chess:

Just like space, chess is infinite. In fact, there are more potential moves in chess than atoms in the universe.

The best show around

Once again we’ll be streaming all the action live from Saturday onwards in multiple languages and with different streams in English, including the chess24 team of Tania Sachdev and Peter Leko... 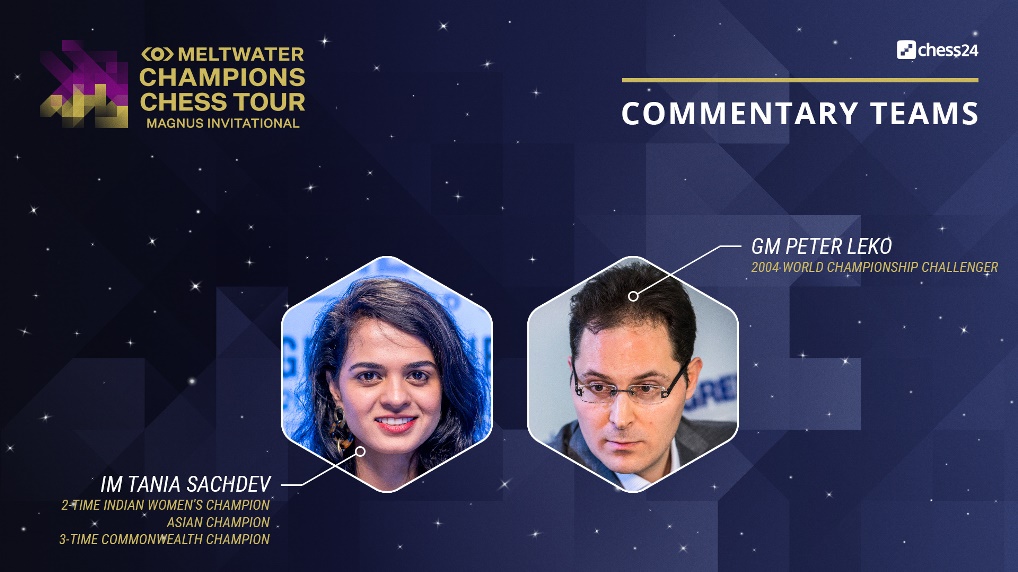 ...and our Oslo studio show with Jovanka Houska, David Howell and Kaja Snare aiming more at newcomers to chess. 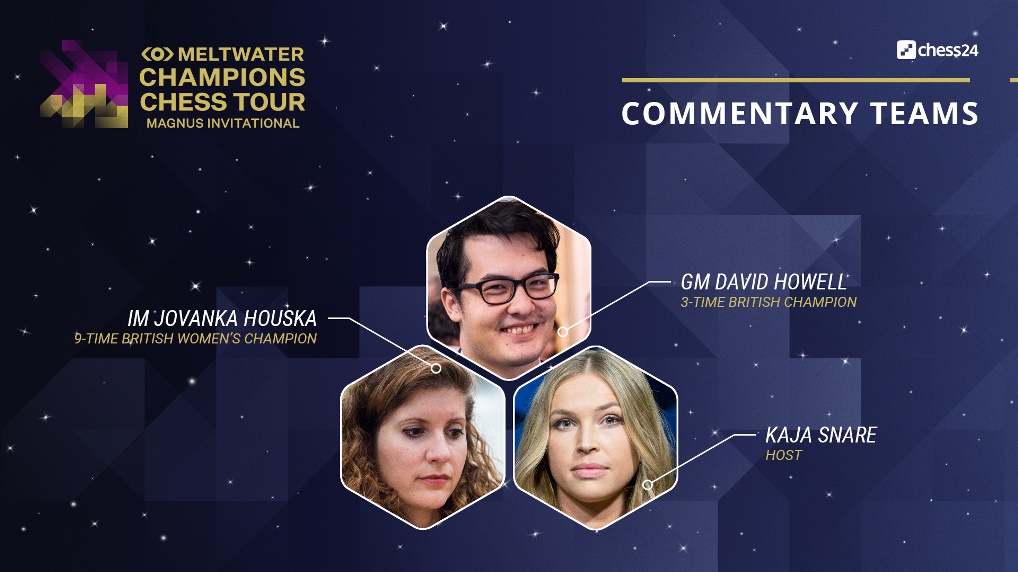 The action will start at 17:00 CET on Saturday March 13th here on chess24, but before that there’s the qualifier to determine the final two places in the Magnus Carlsen Invitational! Tune in today, Tuesday March 9th, also from 17:00 CET.