Alexander Grischuk and Yu Yangyi have started a $30,000 4-game classical match in Jiayuguan, a city in the far northwest of China at the foot of the Great Wall. Perhaps the journeys there, and Yu Yangyi's previous event in Danzhou, have left the players exhausted, since the first two games were instantly forgettable. The 24-move Petrov draw in Game 1 was made to look like a thriller by a 13-move draw in Game 2. 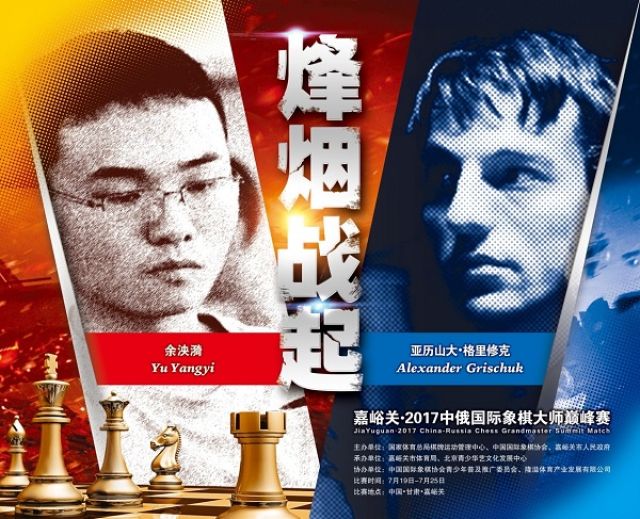 You can play through the games from China with computer analysis using the selector below:

We're grateful to Liang Ziming, the news officer of the Chinese Chess Association, for providing the following report, which has been slightly edited:

On July 20 2017, the Opening Ceremony of the Jiayuguan 2017 China-Russia Chess Grandmaster Summit Match was held in Kaitong Totel in Jiayuguan. The event is a 4-game classical match taking place in the city of Jiayuguan, a very important stop on the silk road economic belt of China's Belt and Road Initiative.

I'm very happy to be invited to this match. There are good relations between China and Russia and I'm happy to be a small part of the friendship between Russia and China, even though it's very small.

In China there is an old saying that goes, "One who fails to reach the Great Wall is not a hero". Jiayuguan is the start of the Great Wall. I'm happy to be here to play a match against Alexander Grischuk, who is a great player from the Chess Kingdom. I think this match will leave me with memorable impressions.

You might notice that in recent years the Chinese Chess Association has created several matches for the top Chinese players like Ding Liren, Wei Yi, Yu Yangyi and Hou Yifan. GM Ye Jiangchuan, the head coach of the Chinese Chess Team, said:

It's very helpful for Chinese chess players to play against the world's top players. I really hope one day our players will have the chance to play for the World Chess Championship title.

...and made ceremonial moves with Mr. Yang Wei, Director of the Sports Bureau of Gansu Province. 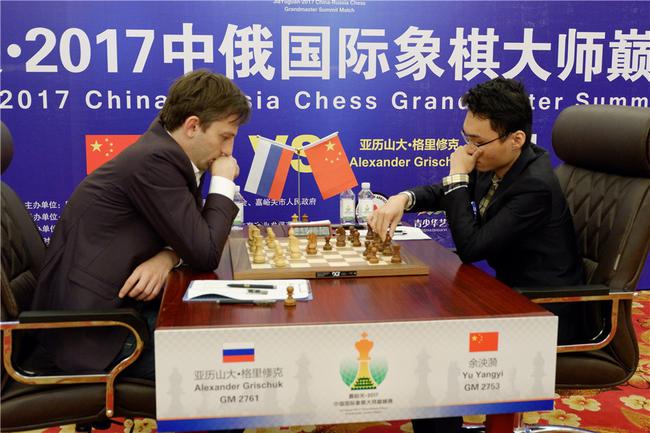 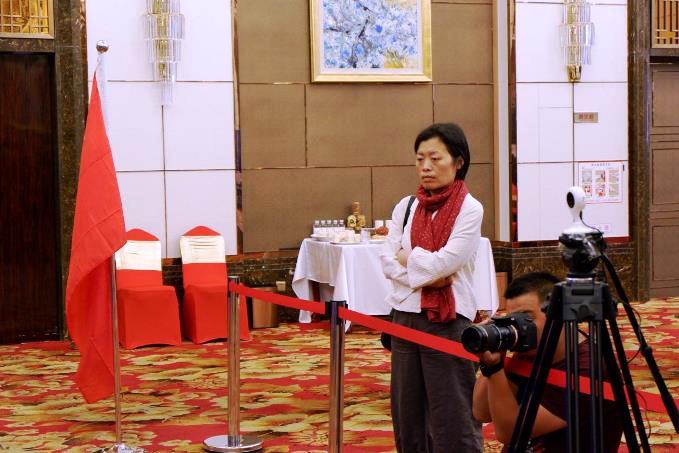 This was a solid game and I had an advantage at some moments, but Yu Yangyi's position is very solid. It's quite normal that the game ended in a draw.

This game was high quality. I've played the Petrov Defense several times recently and he prepared very well for the opening and made some improvement during the game. There were some inaccuracies in my play, but the position is somewhat balanced.

Yu Yangyi had this position twice before this year. In the Gibraltar Masters MVL took on f5, while in the Shenzhen Masters Giri played 10.Nb3. Grischuk instead went for 10.Be2 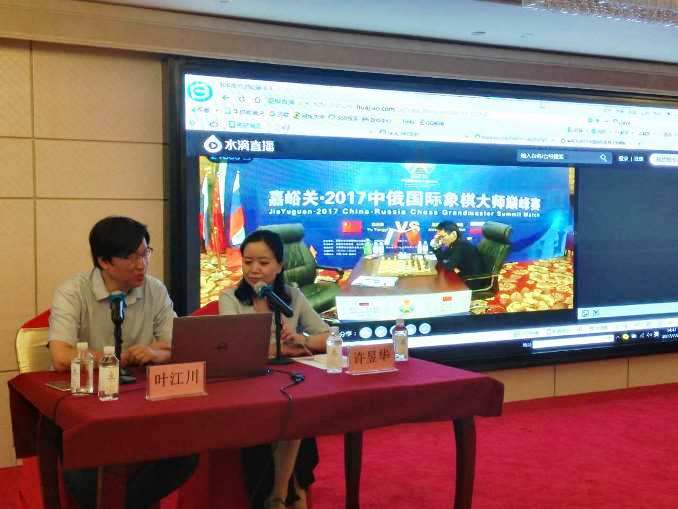 Game 2: Blink and you missed it

On the second day we saw a short draw that ended after only 13 moves. 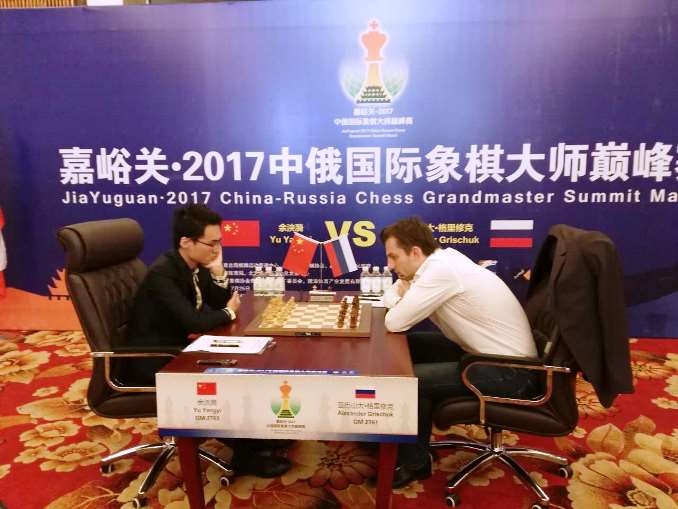 I didn't expect such a quick draw. The position was very equal and a bit boring. I know this line from the game of Kramnik and Giri, which ended in a draw. Kramnik tried to play for a win but got a worse position, so to avoid this I think White has to make a draw.

Yu Yangyi said that he was surprised by the move 10...Nc6.

The main line is 10...Qb6, but given 10...Nc6 had been seen not only in Kramnik-Giri (Norway Chess 2016) but such serious encounters as Vidit-Adhiban, Inarkiev-Sutovsky, Swiercz-Xiong and Ganguly-Aravindh it was puzzling that Yu Yangyi thought for 10 minutes here. 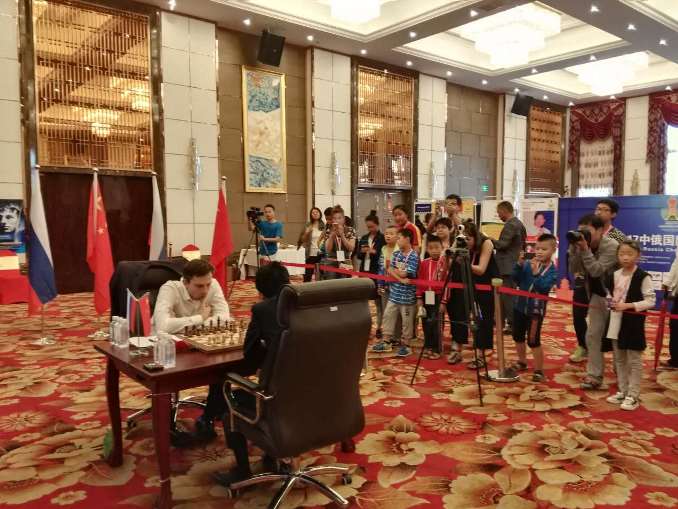 There wasn't too much for the crowd to enjoy

The players may not yet need it, but Saturday 22 July is a rest day, before the final two classical games are played on Sunday and Monday. We're guaranteed action, though, since if the match ends in a tie the players will compete in two games of 25+10 rapid chess, then if needed two games of 5+3 blitz, and finally an Armageddon game where White has 6 minutes to Black's 5, but a draw counts as a win for Black. At stake is the $20,000 winner's prize, with $10,000 for the loser.