Even long-established tournaments sometimes vanish, and that's what appeared to have happened to the Sigeman Chess Tournament in Sweden, which last took place in 2014 after more than 20 years as a fixture on the chess calendar. But now the event is being revived along with a new corporate partner TePe. Now dubbed the TePe Sigeman & Co Chess Tournament, the format remains a short sprint — a 6-player single round robin played at the Hipp Theater in Malmo, from May 10th-14th. The lineup is an interesting generational and stylistic mix with Pavel Eljanov, Nigel Short, Baadur Jobava, Nils Grandelius, Erik Blomqvist and Harika Dronavalli. 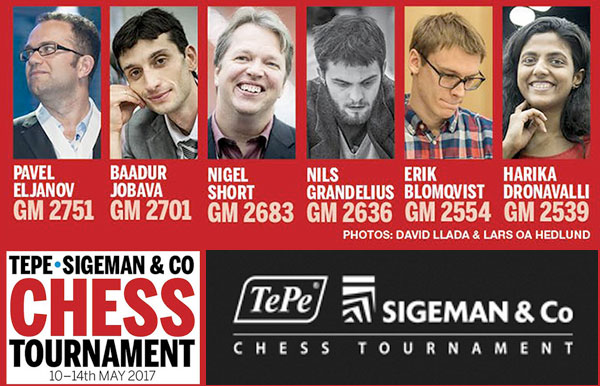 The official web site has published a collection of brief interviews which is worth a look. We've selected a few highlights: 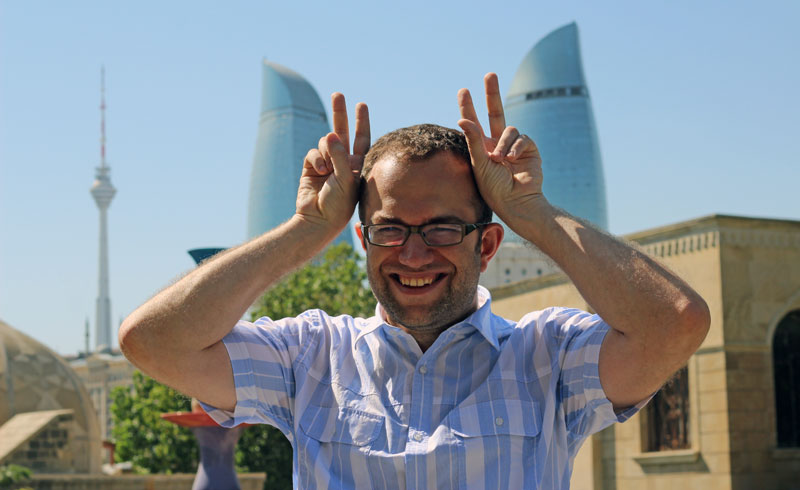 Joking around at the 2015 World Cub in Baku | photo: Macauley Peterson

I'm always trying to improve my chess style, to find something new in our game. I'm enjoying that process sincerely.

The game he remembers most:

There are many memorable games of course and it is hard to choose one. But let it be my game vs Topalov in Wijk-aan-Zee, 2008. It was my first win against a 2800+ player.

On seconding both Boris Gelfand and Magnus Carlsen:

They are both great players of course but with a very different approach to chess. Boris has a more analytical approach and Magnus a more practical. 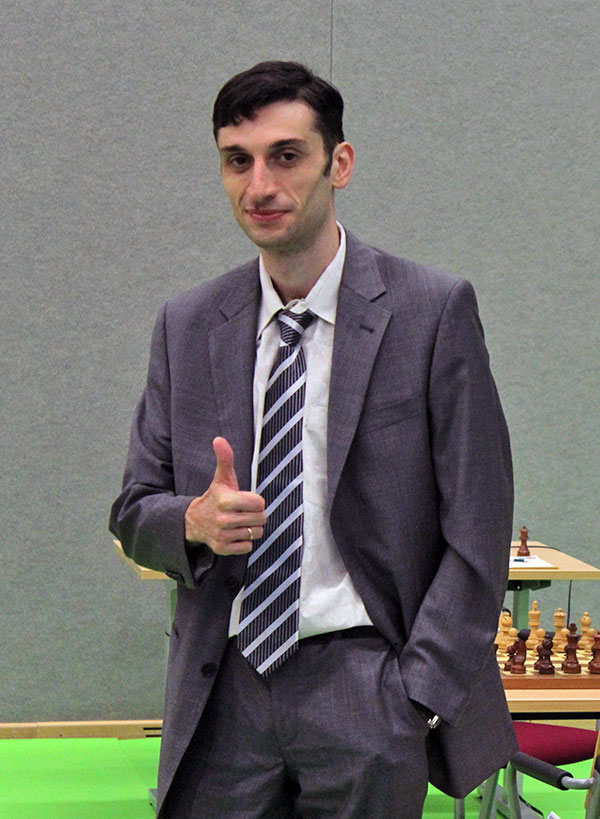 If he hadn't been a chess player, he would have tried another sport where determined aggressive play is generally useful.

An icehockey player. It’s still not too late!

I like chess as a GAME first of all. That’s the answer to my style.

Jobava cites his recent gold medal in Baku last year to be his best effort to date. 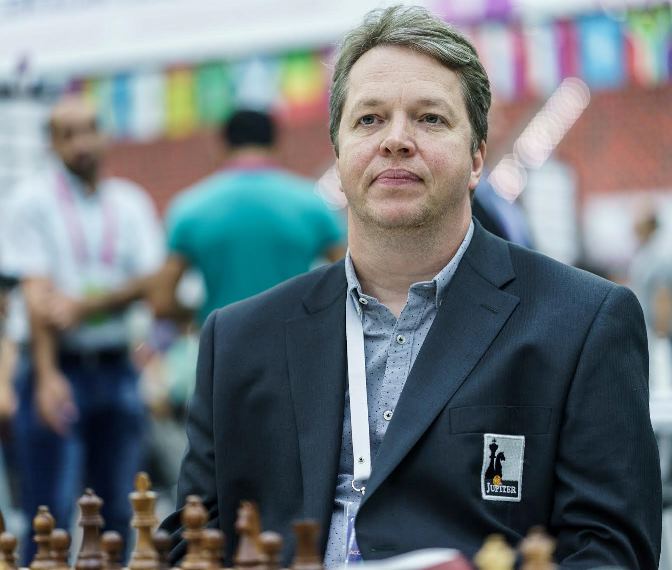 Short rates his career best achievement as beating Karpov in the 1992 Candidates Semifinals with a six to four margin.

I claim that I have a world record — to be the only player to have won chess tournaments on six continents. Only Antarctica is left...

On his World Championship match:

I should have paid more attention to the practical way to play the match, like pacing my moves and handling the pressure. I was too nervous and I got in time trouble.

Magnus was not at his best. It was interesting to see how things went in a strange way. Karjakin did nothing in the openings, Magnus neutralized them and dictated the things. But Magnus got frustrated and lost a reckless game... He pushed too far in positions where I would have been happy with a draw. Magnus won in the end, but my prediction before the match was that Karjakin had a 33 percent chance to win.

Twitter gives you a huge opportunity to speak out about chess. I have 22,800 followers, and I am in the news much more thanks to Twitter.

I am in all in favour of the Grand Chess Tour, but I don’t like their new rating system. A complete mistake.

The big point of being a chess player is that you realize that life is pretty pointless. It doesn’t have a purpose. 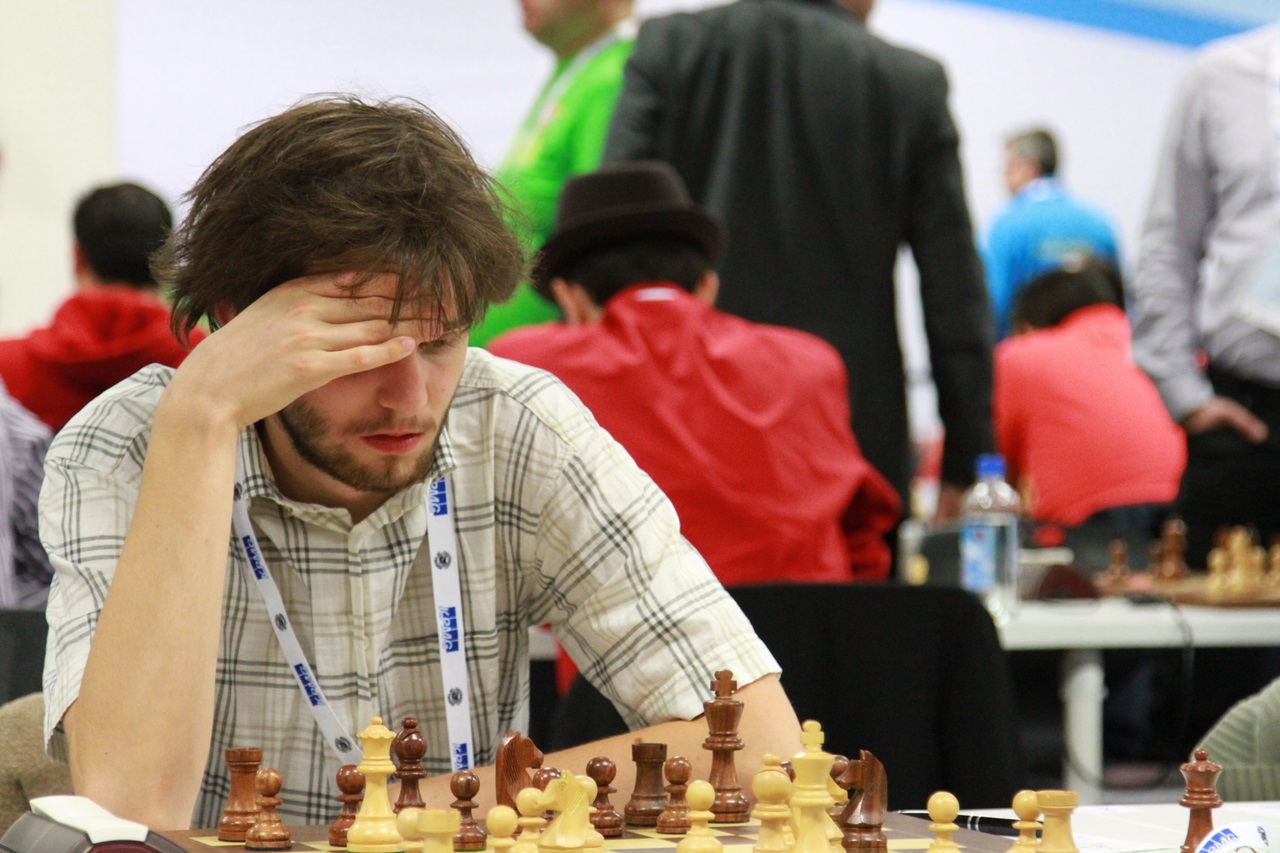 There are a great many, but I really adore Polugaevsky’s approach to chess.

On playing in Malmo:

It’s a super location, and of course an additional joy to play in my own home town.

Winning European u18 Championship in Albena 2011, and winning Abu Dhabi Open in 2015.

On what has changed since his participation in the 2012 field alongside Caruana, Leko and Giri (among others):

As a chess player, I hope I am more mature and all round than last time. I have more experience of top level competition, this has hopefully made me a little tougher and harder to beat. As a person, I have had many exciting experiences, hopefully without losing my youthful enthusiasm!

Stability. Even though I am more all round now than before, there are still a number of things that do not always work. On a good day, I can easily match 2700+ players, but I have too many bad days that lower my performance.

On a typical day of work on "team Carlsen" during the World Championship in New York:


Get up around 8-9 o’clock, analyze openings until the evening, then a couple of hours of free time, and then follow the games. Bed time somewhere after time trouble, and then same again, next day.

Ivanchuk is one of my favourites.

That victory capped a great 2016. What made the difference?

Perhaps it was time to up my game, after being stuck on the same rating level for a couple of years. There was no dramatic key event, it was more like some pieces fell into place in my game.

Chess videos are convenient, when it comes to improving your chess.

We can't argue with that! Did you know there are now almost 2,500 hours of instructional video series on chess24!? Check it out! 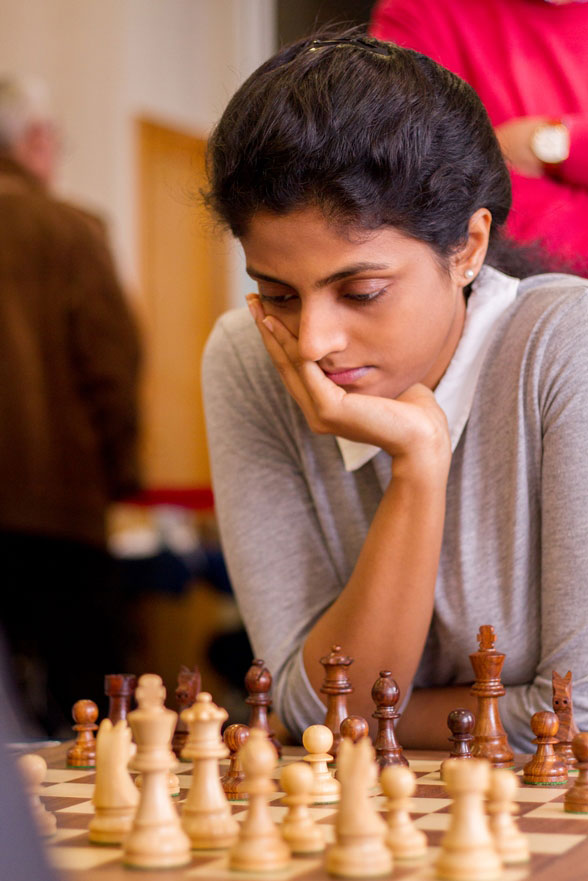 Of course winning bronze is a good result but at the same time I am disappointed because I wanted to win a gold medal. I would rank it as one of the good results in my career but not the best.

On playing in Sweden:

I haven't been in Sweden before and of course, Pia Cramling is my good friend :) and I really feel inspired by her that she plays so well at her age. In the future, I would really like to fight and continue playing chess like her.

You can follow the live games here on chess24, beginning May 10th: