Anish Giri and Ding Liren lead the Shenzhen Masters on 2/3 after Giri cut Harikrishna’s spell as leader short after a single round. It’s all been about themes – in Rounds 1 and 2 it was endings with a knight vs. pawns, while in Round 3 the two decisive games were demonstrations of how a bishop pair can be too much for two knights to handle. Instructive chess! 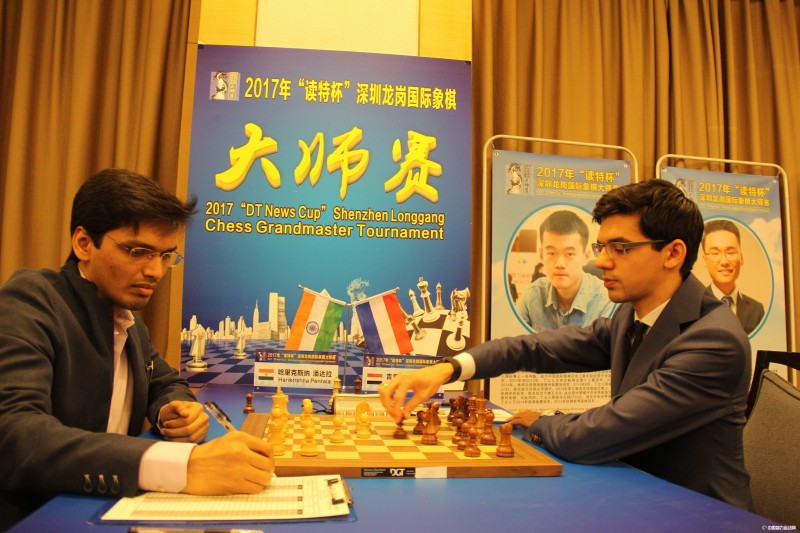 Harikrishna started Round 3 as the leader and had the white pieces, but it was Giri's day | photo: Chinese Chess Federation

After the first round there were fears we might get an awful lot of draws in this evenly balanced 6-player double round-robin, but it turns out we needn’t have worried. Three of the next six games were decisive, and you can replay all the action using the selector below:

In Round 2 Svidler and Yu Yangyi drew in 22 moves, while Giri’s attempts to squeeze out a win against Ding Liren were thwarted when the Chinese no. 1 was able to force a drawn pawn ending or, as happened in the game, a draw by repetition.

The first blood of the tournament was spilled, though, in Adams-Harikrishna. Mickey lost control when he decentralised his queen in the run-up to move 40, and had little choice but to offer up a desperate piece sacrifice with 37.Qd3:

37…Qxd3+ 38.Kxd3 Nb4+ 39.Kc4 Nxa2 left White with only pawns against the black knight, just as Ding Liren had pawns against Yu Yangyi’s knight in Round 1. This time, though, the pawns weren’t able to hold on, even if it did come down to a single tempo:

In Round 3, though, the theme changed! Yu Yangyi – Adams was a manoeuvring draw, but the other two games were remarkably similar. 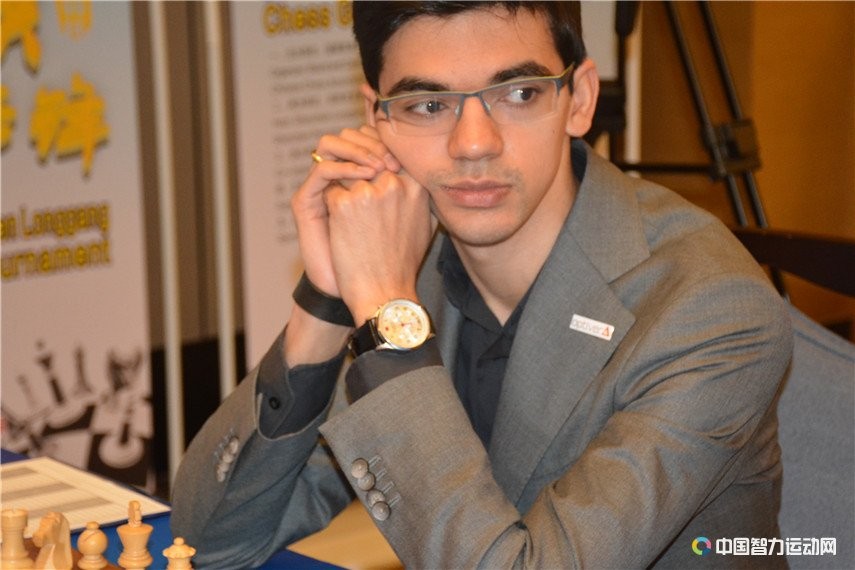 Anish Giri is back in the world Top 10 on the live rating list | photo: Chinese Chess Federation

Anish Giri has been impressive so far with the black pieces and didn’t hesitate before expanding with 14…f5:

Harikrishna faced a choice, and felt he went wrong by not trying to shut the game down at once:

The theme of the day was established by move 21, when it was Giri’s bishops vs. Harikrishna’s knights:

One pair of minor pieces was exchanged in the next 35 moves, with Harikrishna’s resignation perhaps somewhat belated: 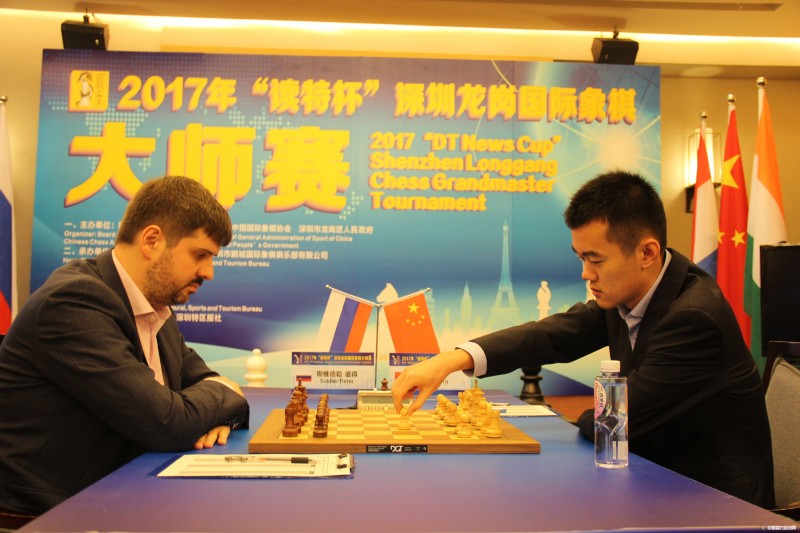 Ding Liren – Svidler reached the same piece distribution just one move later, though this time it was an even more perfect case, with the pawn structure and king position otherwise symmetrical:

Svidler’s chances of survival were higher than Harikrishna’s, but the bishops simply proved too tricky to deal with. Once again, one pair of minor pieces was exchanged, and the final position is hopeless:

Black can save the knight, just, but the black kingside pawns can be picked off at will. Svidler chose this moment to resign.

So after three rounds the players are divided into three groups, with Ding Liren and Anish Giri leading:

In Round 4 the bottom two players meet: