Sharjah GP 6-7: Drawing to a close

With only two rounds remaining in Sharjah the tournament is yet to spark into life. Rounds 6 and 7 saw 14 draws, including 13 and 14-move efforts from co-leader Shakhriyar Mamedyarov. He’s been leading with Maxime Vachier-Lagrave since Round 4, with the main change coming at the other end of the table, where Alexander Riazantsev has slumped to three losses in a row. Ian Nepomniachtchi got in some blockbuster home preparation to join a 5-player group half a point behind the leaders. 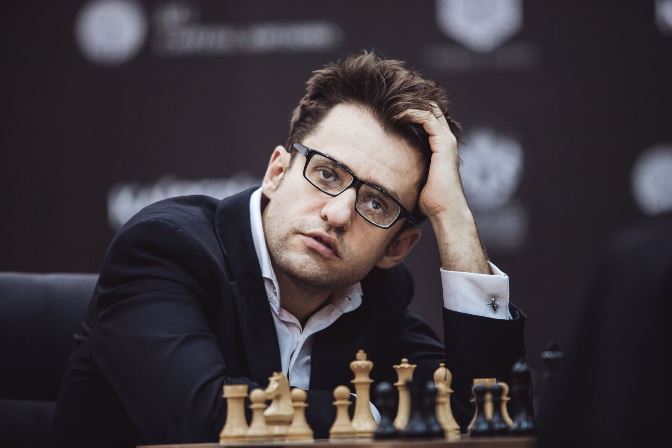 Levon Aronian has, like Hou Yifan and Paco Vallejo, drawn all his games so far | photo: Max Avdeev, World Chess

You can replay all the games using the selector below:

The most interesting thing about the Sharjah Grand Prix so far has perhaps been the question of why it’s been one of the least enthralling top tournaments in recent memory, with Emil Sutovsky sparking discussion in both Russian and English on his Facebook page:

Round 6: Don’t play the Petroff vs. Nepo!

There were two decisive games in Round 6. One was an endgame victory for Richard Rapport, who returned to 50% by beating Alexander Riazantsev. The Russian Champion looks to have been completely knocked off track by his move 19 blunder against Dmitry Jakovenko in the previous round. 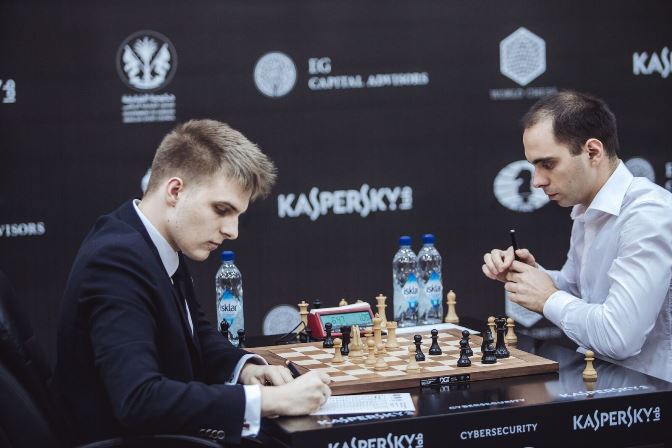 The other win was very different, with Ian Nepomniachtchi getting to unleash some devastating home preparation against the Petroff Defence. 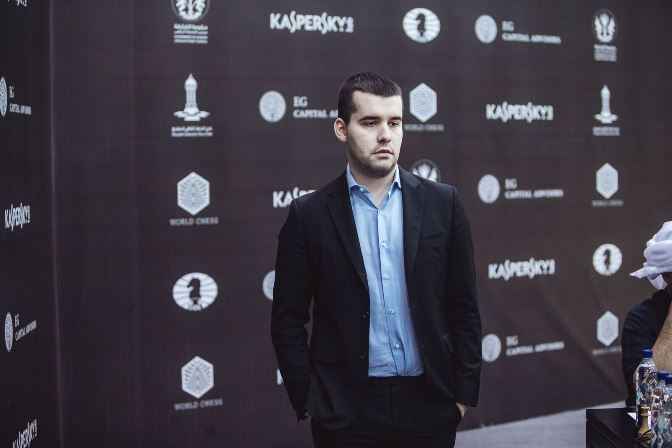 Nepo is now in the group of five players just half a point behind the leaders | photo: Max Avdeev, World Chess

It was déjà vu, since last May in the Russian Team Championship Nepo had stunned Sanan Sjugirov with some new computer analysis in an area of old theory:

This time Chinese Grandmaster Li Chao was the player punished for using the same defence one time too many, falling into the trap of 14.Nh4! 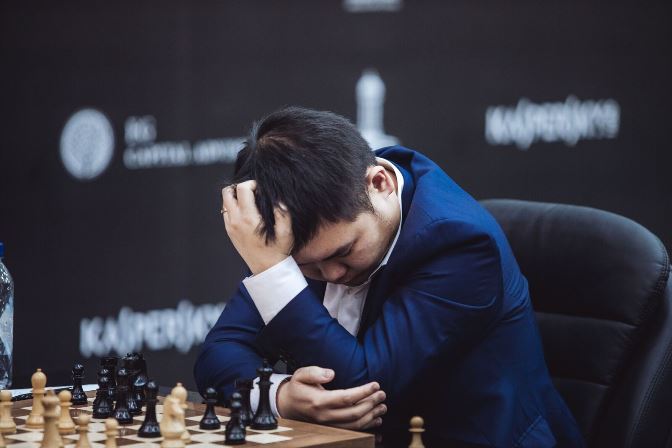 Li Chao knew he was in for a tough day | photo: Max Avdeev, World Chess

Black is already in serious trouble - maybe not losing, but he should play very precisely.

Nepo said the main line was 16…gxh6, but in that case Black’s kingside is in tatters while his queenside pieces are still undeveloped. Li Chao’s choice had the virtue of forcing Ian to think for himself, but he proved up to the task, starting with 17.Bxg7! Kxg7 18.Qg4+ before exchanging a pair of minor pieces on f5. Li Chao followed the seemingly sensible plan of exchanging queens, but it did nothing to diminish the white attack.

In the post-game press conference Li Chao admitted that his favourite defence to 1.e4 as Black had developed a bug that he didn’t know how to fix!

The other notable game of the round, Nakamura-Grischuk, understandably piqued the interest of Peter Svidler, who referred to it during his Banter Blitz show on Friday. The first 20 moves of a razor-sharp Najdorf were following Svidler 1-0 Grischuk from the 2007 World Championship in Mexico. Only Nakamura’s 22nd move deviated from Karjakin 1/2-1/2 Grischuk in 2010, but the topic of memory was the one the players focussed on in their post-game interview:

Nakamura: The opening was well-known, but I figured Alexander last had this so long ago that he had forgotten now…

Grischuk (on whether the theory had changed): The theory didn’t change but I have changed, that’s the problem… to the worst. At that time I think you could wake me up in the middle of the night and I would tell all the lines… not the case now!

Up to a point Grischuk had things under control, but Nakamura may then have missed a win:

46.h5! is the try, with Nakamura confessing that he’d wrongly thought Black could force a draw by perpetual check. That was what eventually happened in the game after 46.Qg6 Rxh4+, when Grischuk went on to find a narrow path to a draw.

In the next round the top six boards were drawn, and generally at a speed that made it look as though the players wanted to watch the Women’s World Championship tiebreaks. Only Grischuk-Adams stretched to 59 moves, though Alexander said afterwards it was simply that he was obliged to play on with an extra pawn, despite having few winning chances against as capable a defender as Mickey. One curiosity, at least, was that Hou Yifan played the Berlin Defence for the first time, with Paco Vallejo’s choice of a rare line in response getting him nowhere when the Women’s World Champion found the best reply at the board.

The decisive action saw Li Chao bounce straight back to return to 50% by beating Pavel Eljanov, who has now lost his last two games with the black pieces. Both players agreed that 37…Nd7! seems to hold for Black, while 37…Nd5? was losing by force. All hope of resistance was gone after 42…Ba3: 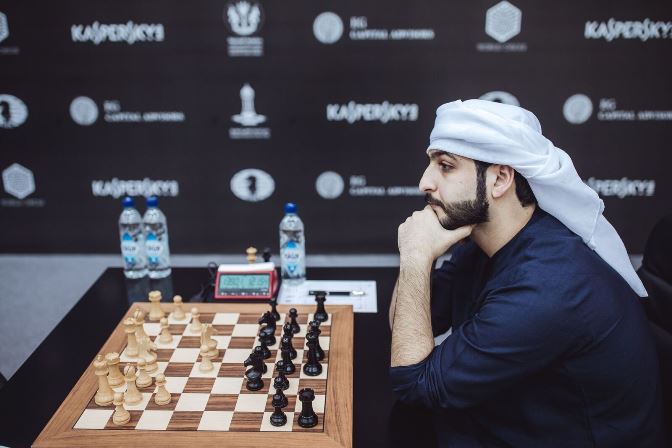 It's often considered tough to play at home in chess, but Saleh had no complaints: "I feel special here! I'm happy to play in my country - I don't feel really pressure" | photo: Max Avdeev, World Chess

Alexander Riazantsev completed “long-castling” by losing to local hero Saleh Salem, who won an exchange with the first wave of a kingside attack and then managed to bamboozle his Russian opponent in the manoeuvring that followed:

20.Ne1! was a bold decision that paid off, with Riazantsev helping the knight complete a journey via e3 to g4, when it was decisive in a mating attack.

So the standings with two rounds to go look as follows, with 13 players within a point of the lead:

In Nepomniachtchi-MVL and Grischuk-Mamedyarov the leaders have Black against their pursuers, while Aronian-Nakamura is an attractive pairing – even if so far Levon has drawn all seven of his games in Sharjah. Games start at 15:00 local time, or 12:00 CET, and you can watch them here on chess24. You can also follow the games in our mobile apps: