Shakhriyar Mamedyarov joined Maxime Vachier-Lagrave in the Sharjah Grand Prix lead by beating Mickey Adams in Round 4 on a day when Nakamura and MVL set the tone by drawing their top board encounter in 18 moves. The only other decisive action was an attacking win for Li Chao over Tomashevsky that Pepe Cuenca has analysed for us. Pepe got to cover a very different game in Round 5, when Adams bounced back to beat Jon Ludvig Hammer in one of his trademark positional masterclasses. 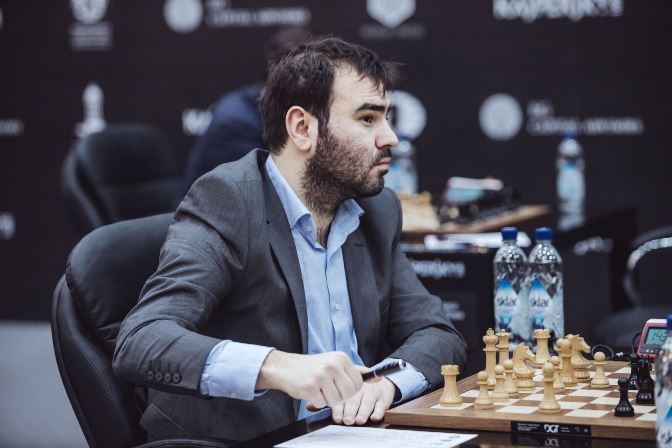 Shakhriyar Mamedyarov is not only leading the contest for the most impressive facial hair | photo: Max Avdeev, World Chess

You can check out all the games and pairings from the Sharjah Grand Prix using the selector below – click a result to go to the game or hover over a player’s name to see their results so far:

Round 4: Mamedyarov joins MVL in the lead

It was impossible to avoid the topic of draws on Tuesday as games ended in 18, 29, 28, 19, 23 and 26 moves. The lack of restrictions on draw offers is clearly a factor, while the 18-player Swiss format has also so far failed to encourage decisive action, with the players adopting a safety-first approach as they jockey for position. There were only three exceptions. Pavel Eljanov tested Hou Yifan for 67 moves, but despite the Women’s World Champion having Black three times in her first five games she’s held firm with five draws. 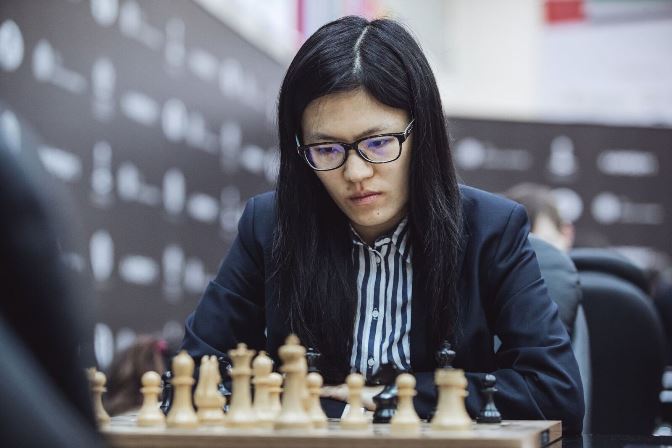 Hou Yifan - under pressure but yet to crack in Sharjah | photo: Max Avdeev, World Chess

The other two games were decisive, with Li Chao not hiding his aggressive intentions when he rammed his pawn up to h6 by move 13. Pepe Cuenca takes a look at how the game unfolded: 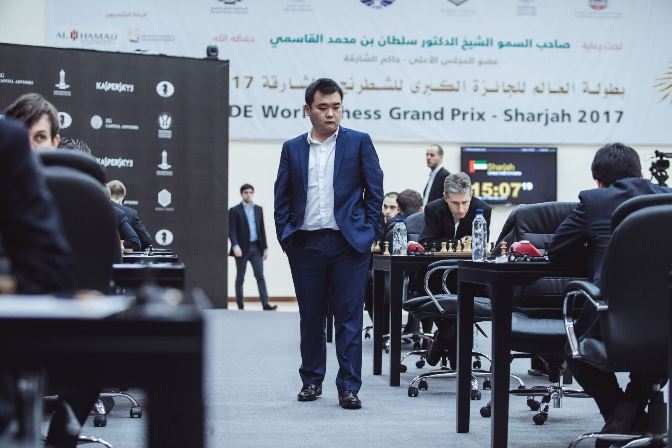 The other encounter was no less spectacular but was a much more evenly balanced affair. Shakhriyar Mamedyarov found a strong pawn sacrifice, but you had to admire Mickey Adams’ ingenuity when he first took the pawn on g4 and then offered the sacrifice of a full piece himself with 20…Rad8!?

Shak found the strong zwischenzug 21.Nf5! before taking the material on offer, but Black’s compensation was at least very close to being enough. Things only fell apart with 35…f5?

After 36.Rxg6+ Kxg6 37.Nxc5 Mamedyarov went on to show the full power of a combined queen and knight, with the game ending on move 43 when the computer was already counting down to mate.

Round 5: Adams bounces back, Riazantsev crashes and burns

The six draws in Round 5 tended to be a little longer, and Russian Champion Alexander Riazantsev did his bit to improve the decisive games tally with the awful 19.Rd1??:

Dmitry Jakovenko explained this is the move you want to play, but at the board he showed the reason why you really shouldn’t do it – simply 19…Qh3! and it was time to resign. The d1-rook is undefended, so the “only defence” 20.f4 would run into 20…Qg4+ and the rook falls. 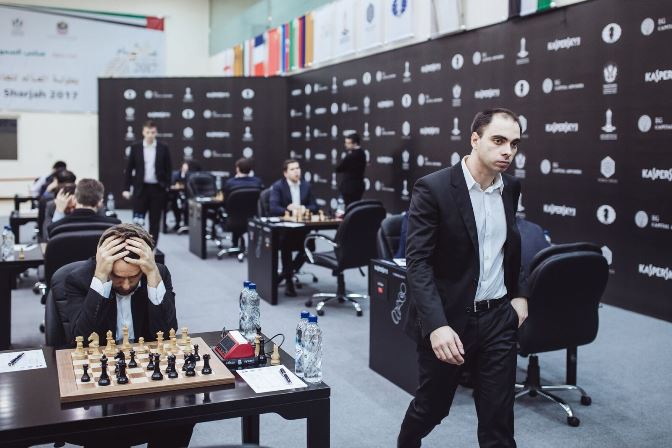 Russian Champion Alexander Riazantsev may face some friendly ribbing when he returns to his other job of coaching the Russian women's team | photo: Max Avdeev, World Chess

At least Alexander’s day was over quickly. The other two defeated players had a long time to contemplate the sad positions they ended up in. Alexander Grischuk explained that the computer doesn’t think the setup he chose against Pavel Eljanov is anything much, but he considered it unpleasant for his opponent to play and strategically dangerous, summing up, “If Black cannot make a draw quickly he will suffer a lot!” So it proved, with Grischuk talking about his win afterwards:

In the other game Mickey Adams showed the skill and resilience that have kept him near the top at the age of 45. 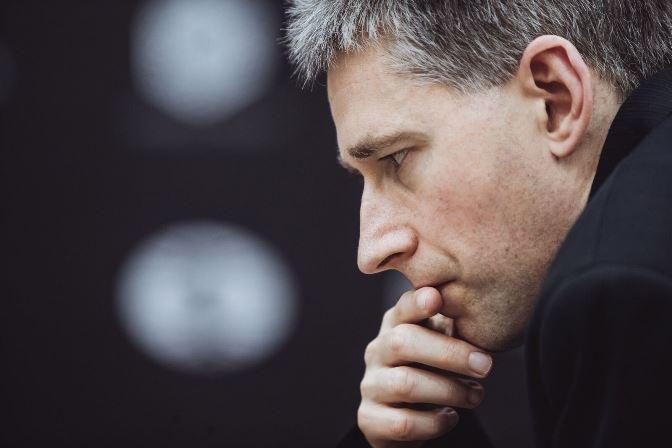 His understated description of his win over Jon Ludvig Hammer as “quite nice” is enough to know it’s something special! Pepe Cuenca also took an in-depth look at that game:

So after crossing the half-way mark of the tournament the standings are as follows, with 12 players still within a point of the lead with four rounds to go:

Nakamura-Grischuk is among the highlights of Round 6, that starts at 12:00 CET. You can follow the games here on chess24, though you can also celebrate chess24’s third birthday instead!

We’ve got the following Banter Blitz line-up (in English):