“I like number 1!” was Magnus Carlsen’s short answer to a long question about numbers from Ljubomir Ljubojević, and Magnus is no. 1 again in Shamkir after beating Veselin Topalov in Round 7. He leads going into the final two rounds, but his upcoming opponents, Anish Giri and Ding Liren, are just half a point behind. They both took advantage of meltdowns from David Navara, who blundered tactically in Round 6 and then gave one of the most extraordinary explanations you’ll ever hear for mixing up his preparation in Round 7. 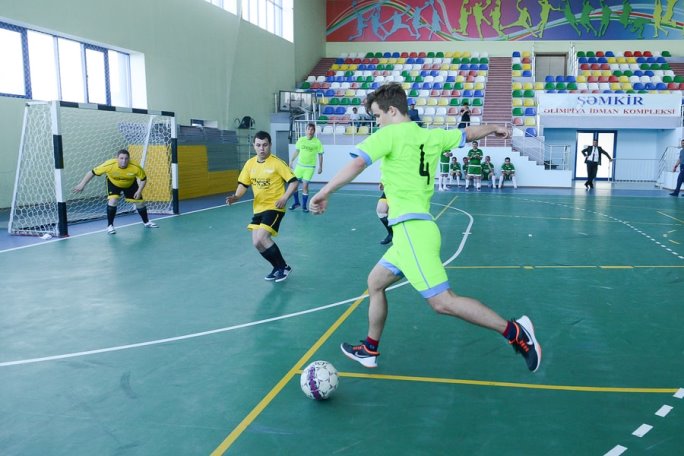 Magnus Carlsen was on target both at football and chess | photo: official website

You can replay all the Shamkir Chess games using the selector below – click on a result to open the game with computer analysis or hover over a player’s name to see all his results and pairings: 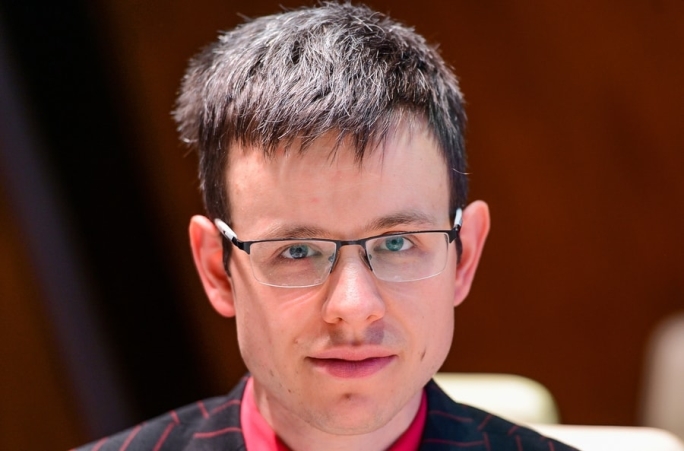 Navara is among most people's favourite chess players, but his eccentricities sometimes cost him | photo: official website

David Navara suffered a tough loss to Veselin Topalov in Round 5, and things didn’t improve after the rest day. Playing Black against Anish Giri he chose the Caro-Kann for the third time in Shamkir and played fast all the way up to move 20. He then surprised his opponent by taking a deep think, since Anish felt the black position was strategically very dangerous to play without careful preparation. Navara said of that later:

I think my problem was I was preparing for five hours and I had too little energy to calculate everything at the board. That’s my problem, that I didn’t prepare more in advance. 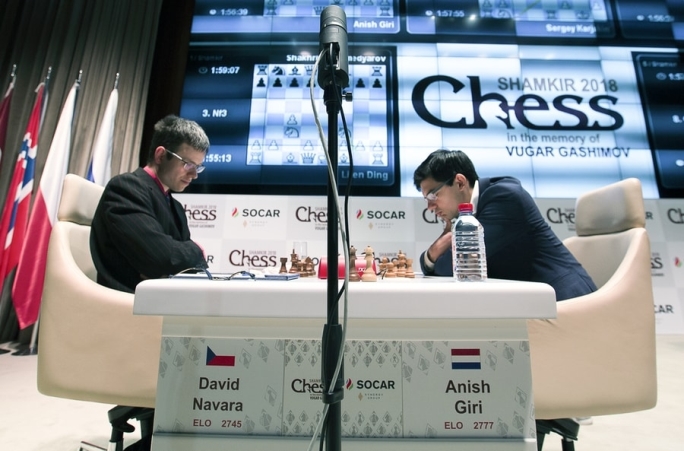 There wasn’t long to wait for the critical moment. Giri later said he thought “23.Ra1 just wins prosaically”, but he was “seduced” by the idea of playing 23.b5!?

That had been a bad blunder played much too fast, but it was the kind of thing that could happen to anyone. What followed in Round 7 couldn’t have happened to many people other than David Navara. He explained:

It was not my preparation. I planned to play a different opening, but I was just not concentrated enough and when there were cameras I was thinking about that I should hide my pen because it was not nice enough, so I hid my pen and made a different move than I prepared. 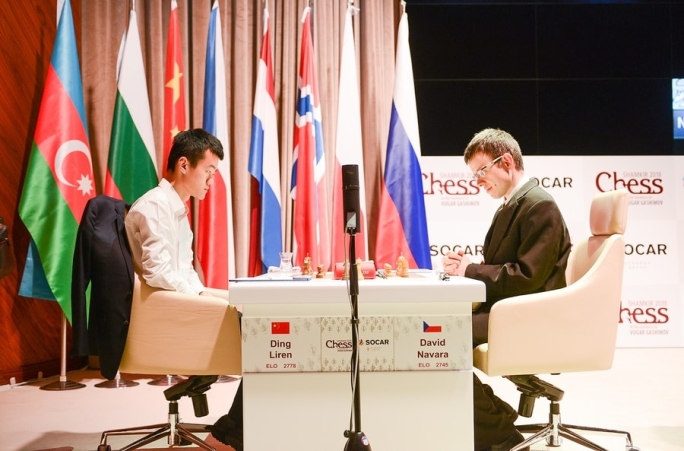 As in quantum mechanics, the observer changes the phenomenon... | photo: official website

The result was that Navara ended up in a Ruy Lopez position he didn’t like, with the bishop on a2 glaringly out of place:

It went from bad to worse from there, and 34…Nd3! was the last nail in White’s coffin: 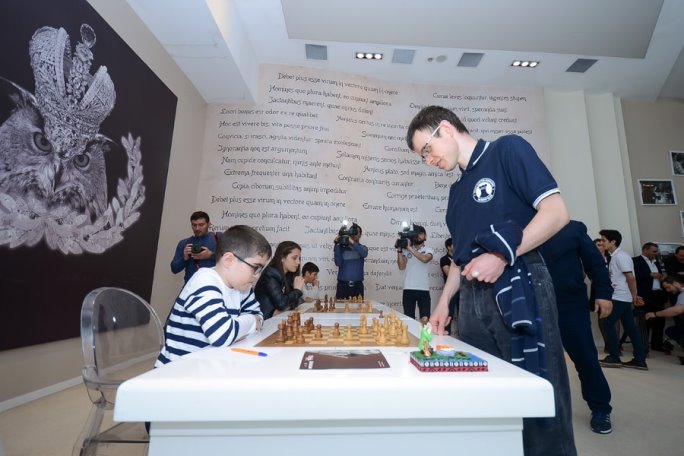 Navara at the children's simul on the rest day | photo: official website

Three losses in a row is a tough blow, but Navara appeared at the press conference afterwards and, when Ding Liren mentioned he liked poetry, David shared the start of a chess poem he'd written (he hasn’t translated any more of it from the Czech original):

I want to play chess above all,
That is my ascent, that is my fall.
Hard is the journey to the top,
The clock is ticking and won't stop... 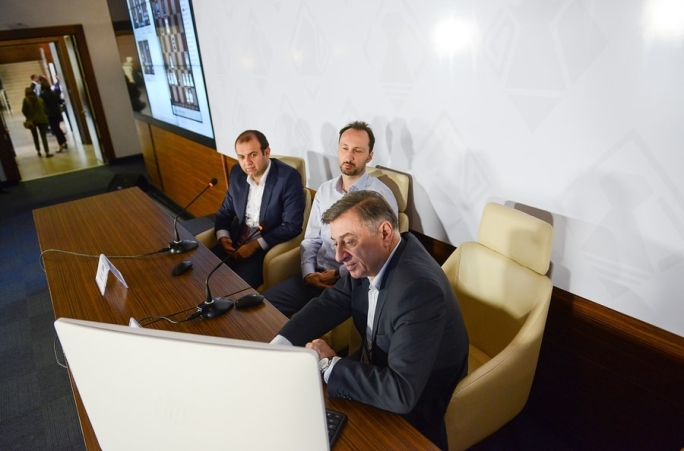 Veselin Topalov had almost single-handedly provided the interest in the early rounds in Shamkir, and he showed more of his ambitious, dynamic chess in Round 6. His opponent Rauf Mamedov was playing Topalov for the first time, and said his coach Alexander Khalifman advised him that his opponent would always play the most active move possible. Rauf said he forgot that advice when he went for the following position, where he told himself, “come on, he won’t take!”

But he did – 22.Rxe4!? Rxe4 23.Rxd5 – and White got a good position after the positional exchange sacrifice, though in the end it didn’t turn out to be enough for the win that would have given Topalov a full point lead going into Round 7. That was significant, since it meant Magnus went into their head-to-head clash with a chance to overtake the leader. 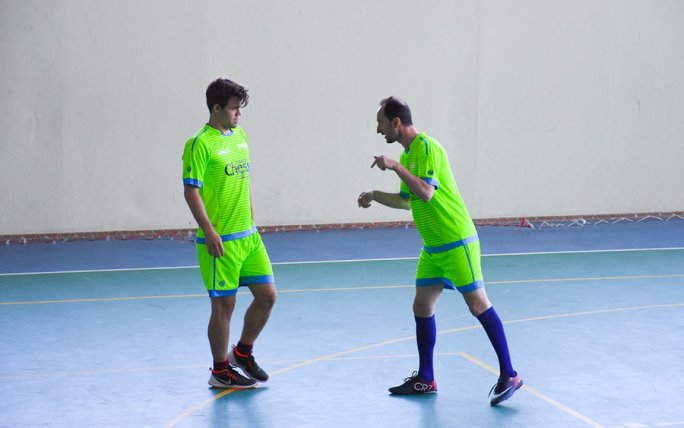 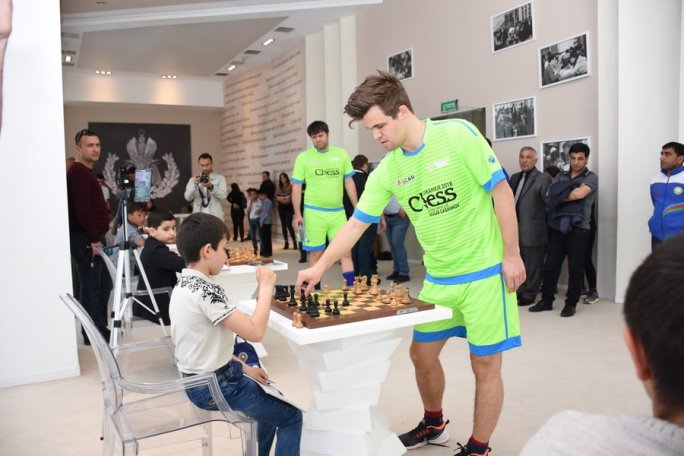 Is this proof of the extraterrestials Ljubo talked about in the post-game press conferences? | photo: official website

Magnus’s drive was in evidence during the rest-day football, when he led a chess team featuring Topalov, Ding Liren and seconds Denis Khismatullin, Silvio Danailov and Peter Heine Nielsen to victory. You can see him score four goals in the highlights below: 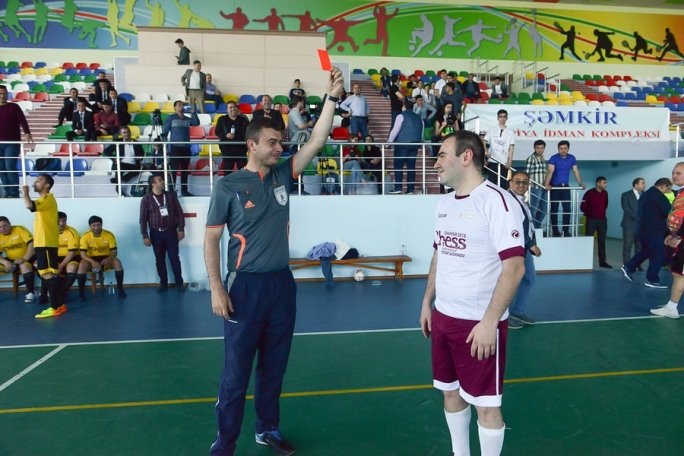 Magnus pointed out afterwards that 27…Kf8! “should be ok” for Black. Topalov said, “Somehow I didn’t dare to do it” of that move, which does look strange, inviting 28.Qf3+, but the point is that it protects against White’s main threat of 28.Rxd3 Rxd3 29.Bxd3 Qxd3 and now if Black hasn’t played 27…Kf8 then 30.Re8+ wins the queen: 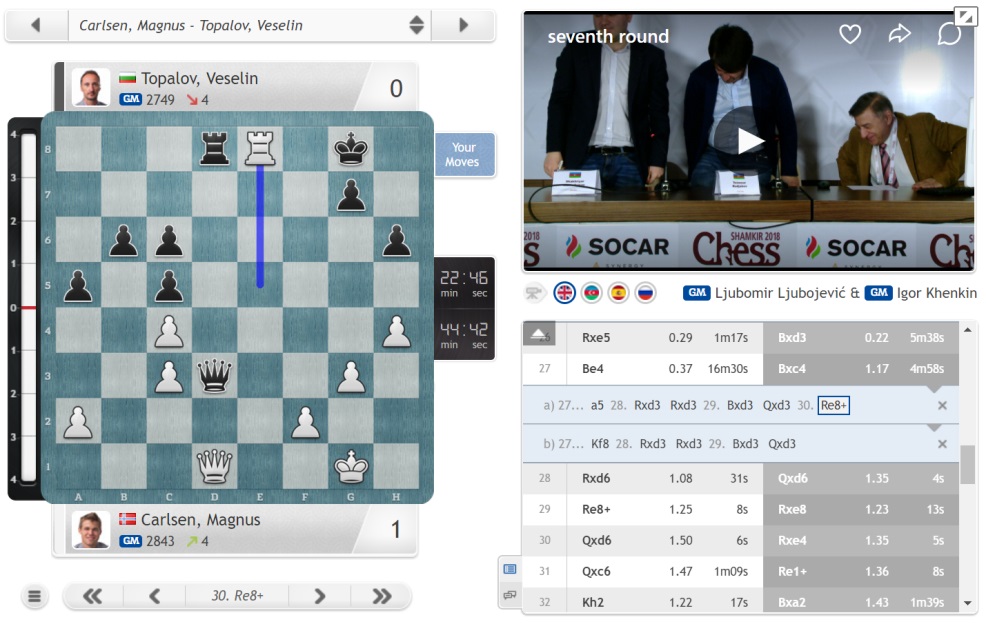 That rook check occurred in the game after Topalov went for 27…Bxc4 28.Rxd6 Qxd6 29.Re8+! Rxe8 30.Qxd6 Rxe4 31.Qxc6. Black had a rook and bishop for the queen, and it was just a question of whether or not it was possible to set up a fortress and draw. 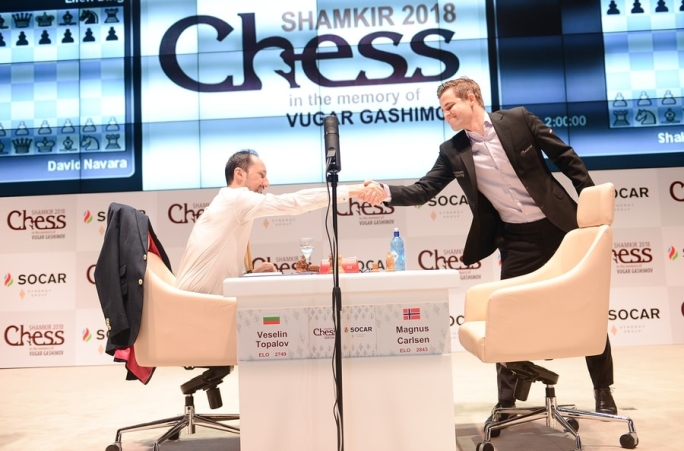 Veselin was hopeful, but felt he went astray on move 38:

The remainder of the game wasn't flawless by either side, but Magnus won the pawn on c4 and was able to push his own c-pawn until Black was forced to give up his bishop to stop it. From there on the players blitzed out their moves until Topalov resigned on move 56.

Magnus had taken a half-point lead in the tournament and remains on course to win his third Shamkir Chess title: 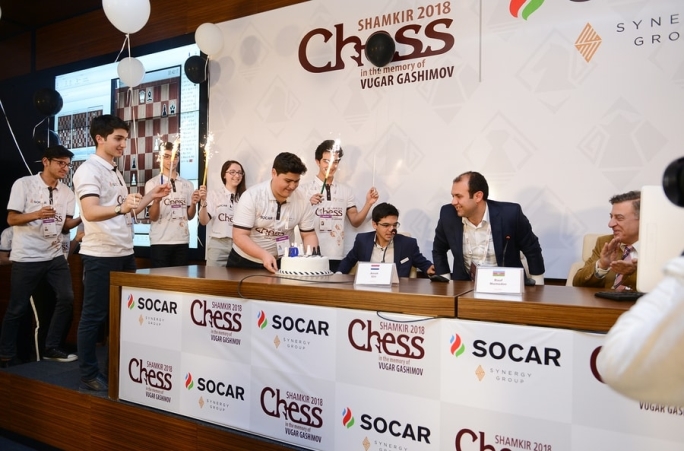 As we said at the start, though, there’s still plenty of intrigue. Magnus now has to play second-placed Anish Giri and Ding Liren in his last two games, with Black against Giri in Friday’s penultimate round. Follow all the Shamkir Chess action from 13:00 CEST!