Sergey Karjakin narrowly missed out on the World Chess Championship title in 2016 when he took the lead with just four games to go, before ultimately losing to Magnus Carlsen in a rapid tiebreak. In a recent interview he revealed he’s been doing some work with Ian Nepomniachtchi in the run-up to the match in Dubai, and gave his verdict on both how the match will go and on Magnus’ place in chess history. 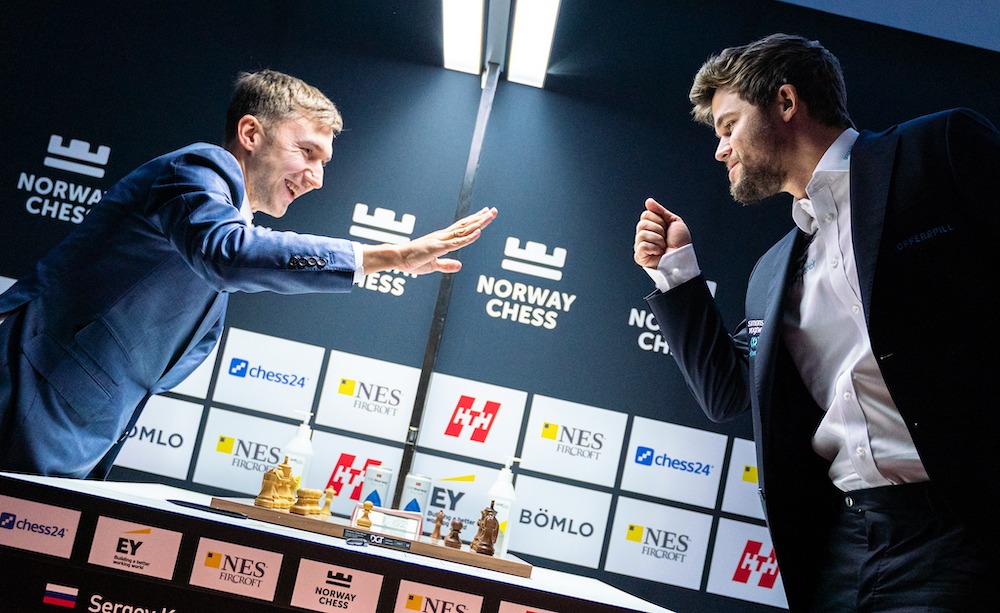 Sergey Karjakin defeated Magnus Carlsen in Round 5 of this year's Norway Chess — his first classical win since their World Championship match — a day after losing to Ian Nepomniachtchi | photo: Lennart Ootes

Sergey Karjakin was talking to Artyom Melnikov in a Russian interview for metaratings.ru. We’ve translated the sections about the match below.

Artyom Melnikov: Who’s the favourite in the Carlsen-Nepomniachtchi match?

Sergey Karjakin: Objectively the favourite is Magnus. He’s the World Champion, he has more tournament victories and a higher rating, but in a match you have to forget all the regalia and merits. It’s a new competition, and what happened before doesn’t matter.

What pluses and minuses do you see for both opponents?

But he does have flaws. When he doesn’t like what’s happening in a tournament he can psychologically collapse, as my match against Magnus showed. He missed wins in two games, and then he started to play significantly worse. He can psychologically crumble if something isn’t going right — he loses confidence in himself and he starts to perform less well than usual.

They say Ian has more chances of winning than you had. Why? Is he stronger than you were in 2016?

I absolutely want him to win. Even my match showed: it’s not important what went before. The main thing is the kind of form in which you go into the match. I prepared very hard and was close to victory. It’s hard for me to say who has what chances, because the match hasn’t begun, and it’s very tough to draw conclusions. I’ve spent a lot of time with Ian and played training games. I believe in him and wish him luck. As for the chances, let the bookmakers judge. For me the main thing is that Russia gets the crown. I hope that Ian will manage to do what I was close to doing in 2016.

What advice did you give to Nepomniachtchi?

I have experience — it was a tough match. We held a few sessions where I gave some advice and we looked at openings. I have an understanding of how hard Ian is preparing. I think I can make a certain modest contribution and somehow my advice will come in handy.

But that’s all words, and the main thing is what will happen during the match. It’s not enough to be prepared theoretically, but practically as well. And you need luck. It’s important to guess what Magnus will do, and catch him out, starting from the opening. 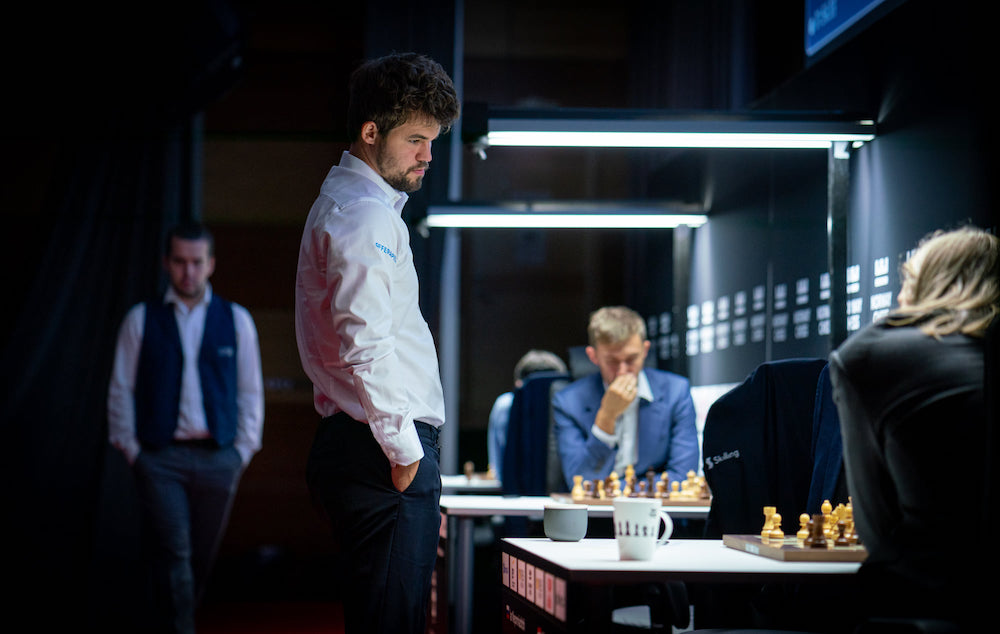 Magnus almost lost to Karjakin twice in Norway, but in the end he won four games in a row, including against Sergey, to claim the title | photo: Lennart Ootes

Why didn’t you manage to repeat your path of 2016 and win the Candidates Tournament?

I put in serious efforts and played three Candidates Tournaments. In 2014 I finished second, I was close. In 2018 I gave everything, had chances, but in the end it wasn’t enough. I also shared second place. I can’t put the tournament down as a success, but I also can’t say I collapsed.

Can you already consider Carlsen to be as great as, for instance, Karpov and Kasparov?

Yes, he’s already great! Among the anointed. He’s already achieved a great deal, almost more than Karpov and Kasparov. They’re completely different chess players. Magnus has brought a lot to chess, and already now, despite his age, you can consider him, if not the greatest champion of all time, then one of them. I’d also add Fischer, though unfortunately he quit early.

Did you like the series “The Queen’s Gambit”, which gave a big boost to the popularisation of chess?

I didn’t watch it on principle, because I don’t like mainstream TV. I should watch that series? I don’t owe anyone anything, but from what I’ve heard, it’s simply beautifully filmed but has little to do with what really goes on. Let people instead show the same fierce desire to watch the Magnus and Nepomniachtchi match, or the previous ones. That will be much more interesting for understanding what really goes on in the world of chess.

Where will you watch the match for the chess crown?

I don’t know for sure. Most likely in Moscow, but perhaps in Dubai. My life is unpredictable. I can wake up and have the urge to fly somewhere, get a ticket and fly.

Do you agree that Nepomniachtchi is Carlsen’s most inconvenient opponent?

Previously he was, with Ian winning. Half the games took place between juniors, it’s true, but since 2011 Nepomniachtchi has beaten him in two games with Black. That tells you that Ian is an unpleasant chess player for Magnus, but only the match can answer that question. I want to wish for a fight and bold combinations. The match promises to be extremely interesting. Go, Ian!

The World Chess Championship 2021 starts on November 26th, with Judit Polgar and Anish Giri commentating live on all the action for chess24, while Tania Sachdev will be in Dubai. Alternatively we have the Meltwater Champions Chess Tour team of David Howell, Jovanka Houska and Kaja Snare.

All the moves will of course be broadcast live here on chess24.