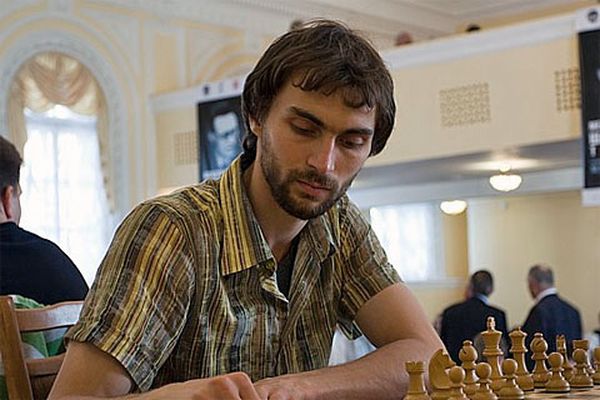 Boris Savchenko's knights on the rim propelled him to tournament victory! photo: ruchess.ru

Russian Grandmaster Boris Savchenko (2559) has emerged triumphant from the strong open tournament in Nakhchivan, Azerbaijan. Savchenko, known for his creative style of play, scored 6.5/9 and finished first on tiebreakers ahead of Eltaj Safarli, Aleksandr Shimanov and Rauf Mamedov. chess24's Jan Gustafsson takes a very enjoyable look at one of his games!

The following game from the second round is typical of Savchenko's approach and may provide one or two readers with a totally new recipe against the Sicilian Defence. Imitate at your peril!

Boris Savchenko is one of my favourite players. He's known for going his own way in the opening, and this game is a perfect example. 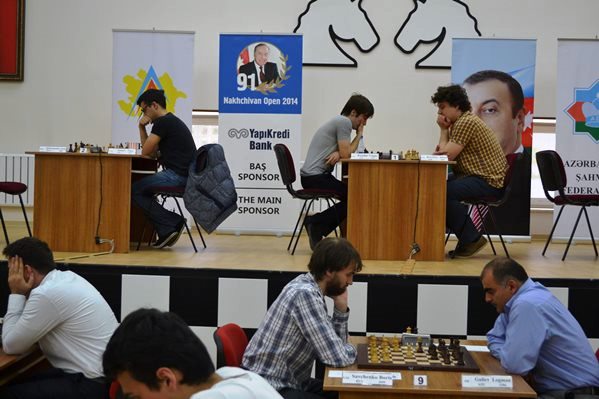 If they'd known what was going to follow surely this game would have been on stage! | photo: azerichess.az

1. e4 c5 2. ♘a3 When Russian Grandmaster Zvyagintsev introduced this move the chess world couldn't suppress a collective smile, but he's now found an enthusiastic follower in Savchenko. The knight makes space so that all White's options in the centre remain open - c3, d4 and f4 all frequently follow. It also overprotects the b5-square, which is useful in many lines when the white bishop appears there. Not convinced? Yeah, I'm not so sure myself - 2. Nf3 is somehow more appealing. ..

4. ♕e2 As we learned in school, after you've put the knight on the rim it's time to bring the queen into play...

7... a6 8. ♗d3 The bishop had to be preserved, so it goes to d3, which nevertheless hinders further development with d3 or d4.

8... h6 9. ♗c2 Recognising the problem, the bishop moves again and makes room for d3. True, on c2 it takes away the natural home of the knight on a3, but you can't have everything.

10... b4⁈ After being provoked by White's play Guliev goes for a concrete approach. I don't particularly like this move as it solves White's problem of finding a square for the a3-knight.

13. ♘e5 From the sidelines to the heart of the action!

13... ♘xe5 14. fxe5 The white knight gives up its life and in return forces the remaining black cavalry into exile on the h-file.

19... 0-0 would permit Black a quieter life, and objectively despite, or because of, all White's creativity I'd prefer Black's chances.

20. ♖b6 Now it all kicks off! In return for an exchange Savchenko ensures that the black king will know no peace.

20... ♗b5 Accepting the challenge. The unassuming

23... ♕a5 24. ♕c4 I doubt Savchenko spent even a second on the computer's recommendation of

24... ♕b4 25. ♕d3 ♖d8? A serious mistake. The queen now finds a beautiful square from which to support the attack. Correct was

25... ♔g8! , followed by Nf8, after which Black can still face the future with optimism. 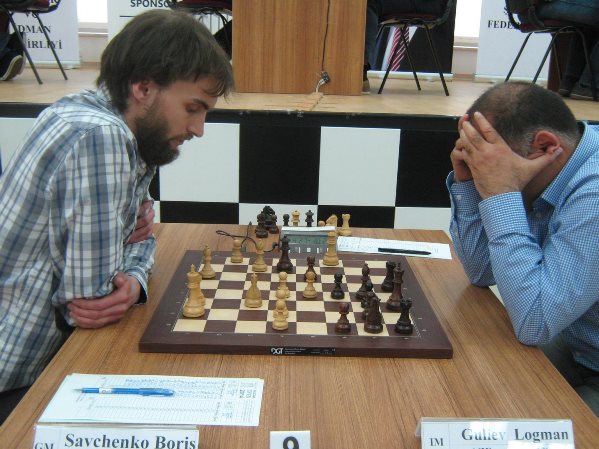 28. ♔g2 ♔e7⁇ "Knight on the rim" is something you can get away with, but "king in the middle" is running an incomparably higher risk.

29. ♘d4! That's it! The second knight gives up its life, and this time in exchange for the main prize. 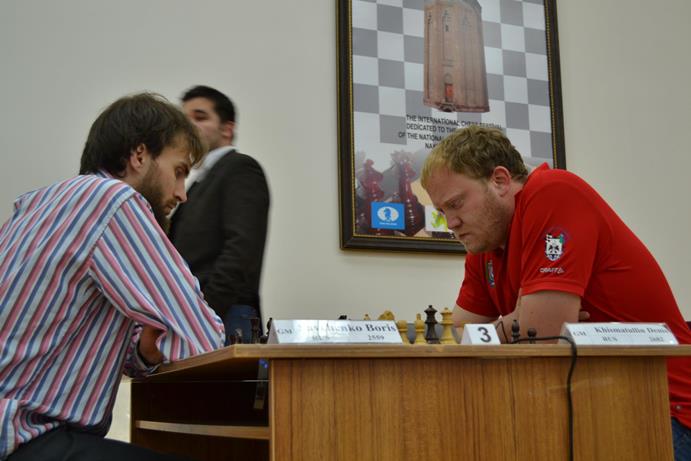 Savchenko's win against second-seed Denis Khismatullin in Round 5 was a huge step on the road to overall victory | photo: azerichess.az

The tournament's strong field featured eight 2600+ rated players, with top seed Anton Korobov (2696) only managing to finish in 14th place out of 52 players.

All the games were broadcast live here at chess24 and can still be replayed complete with computer analysis.